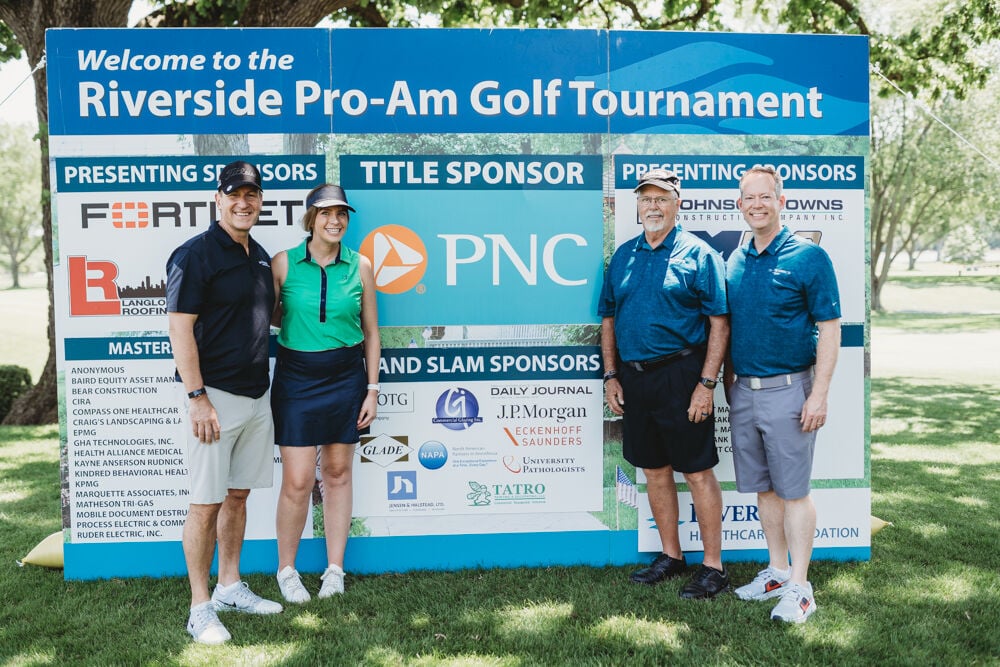 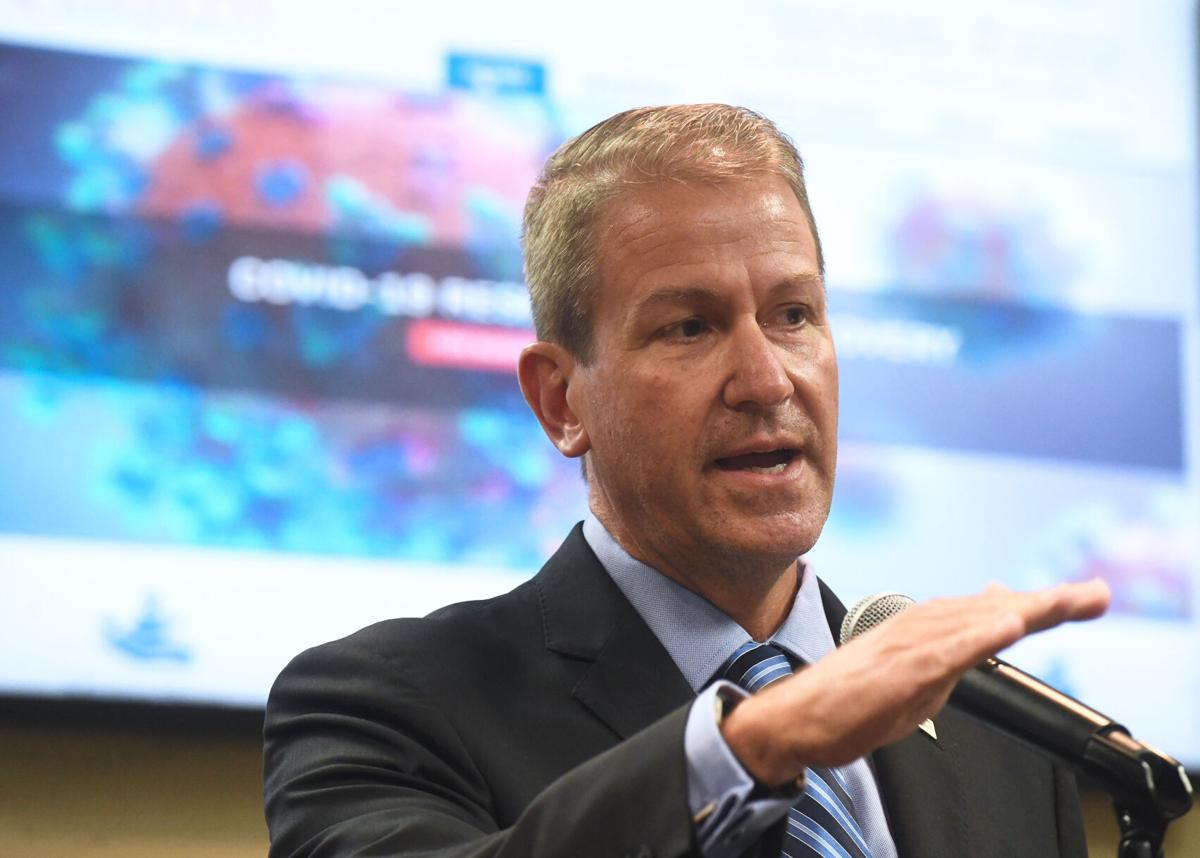 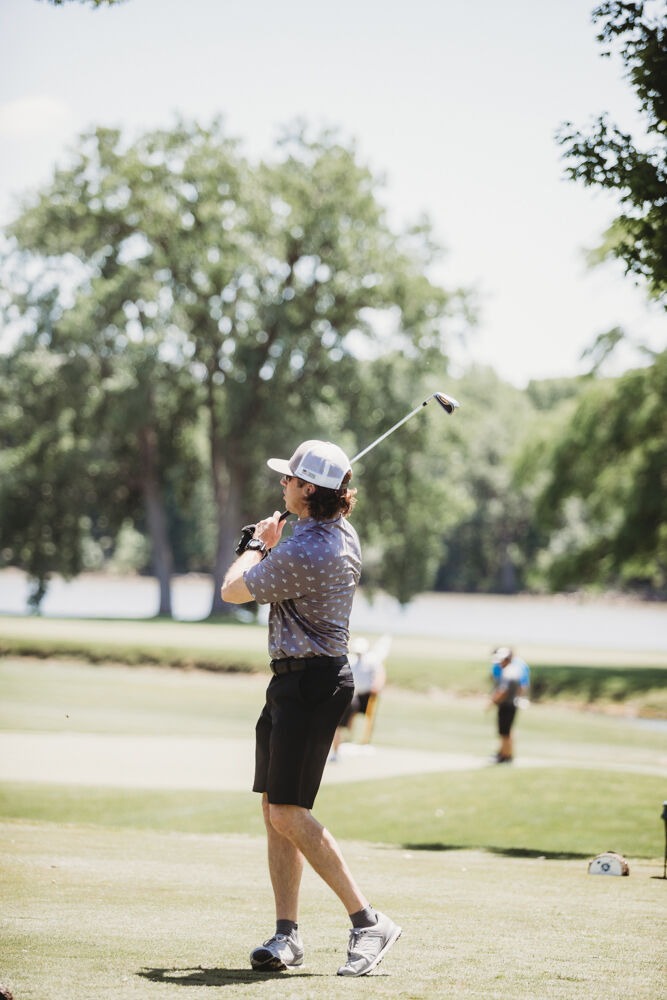 Nick Bufford, of Bourbonnais, tees off at the 10th hole. 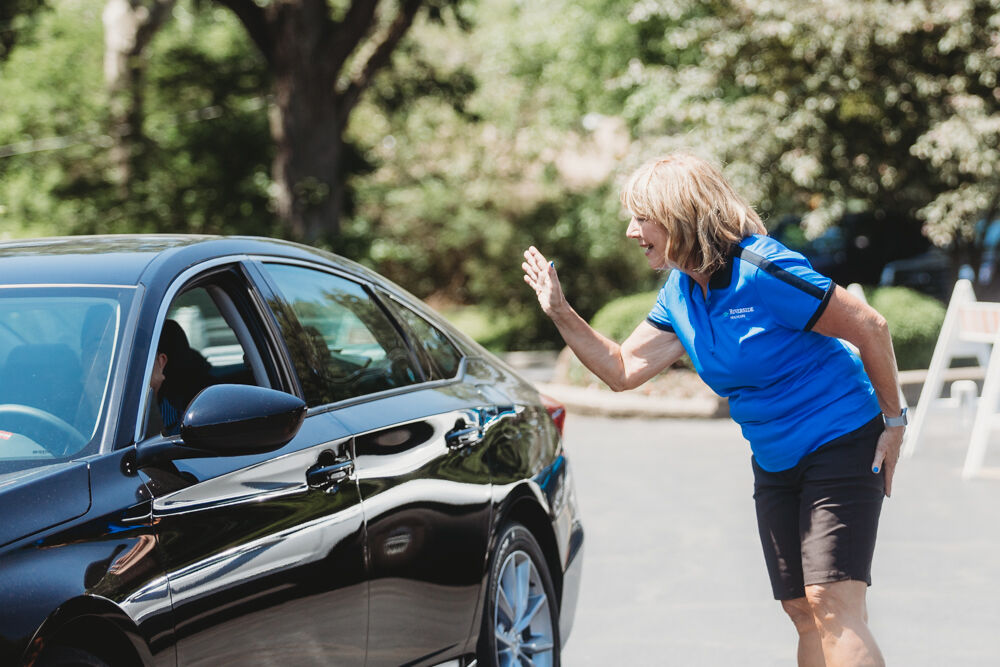 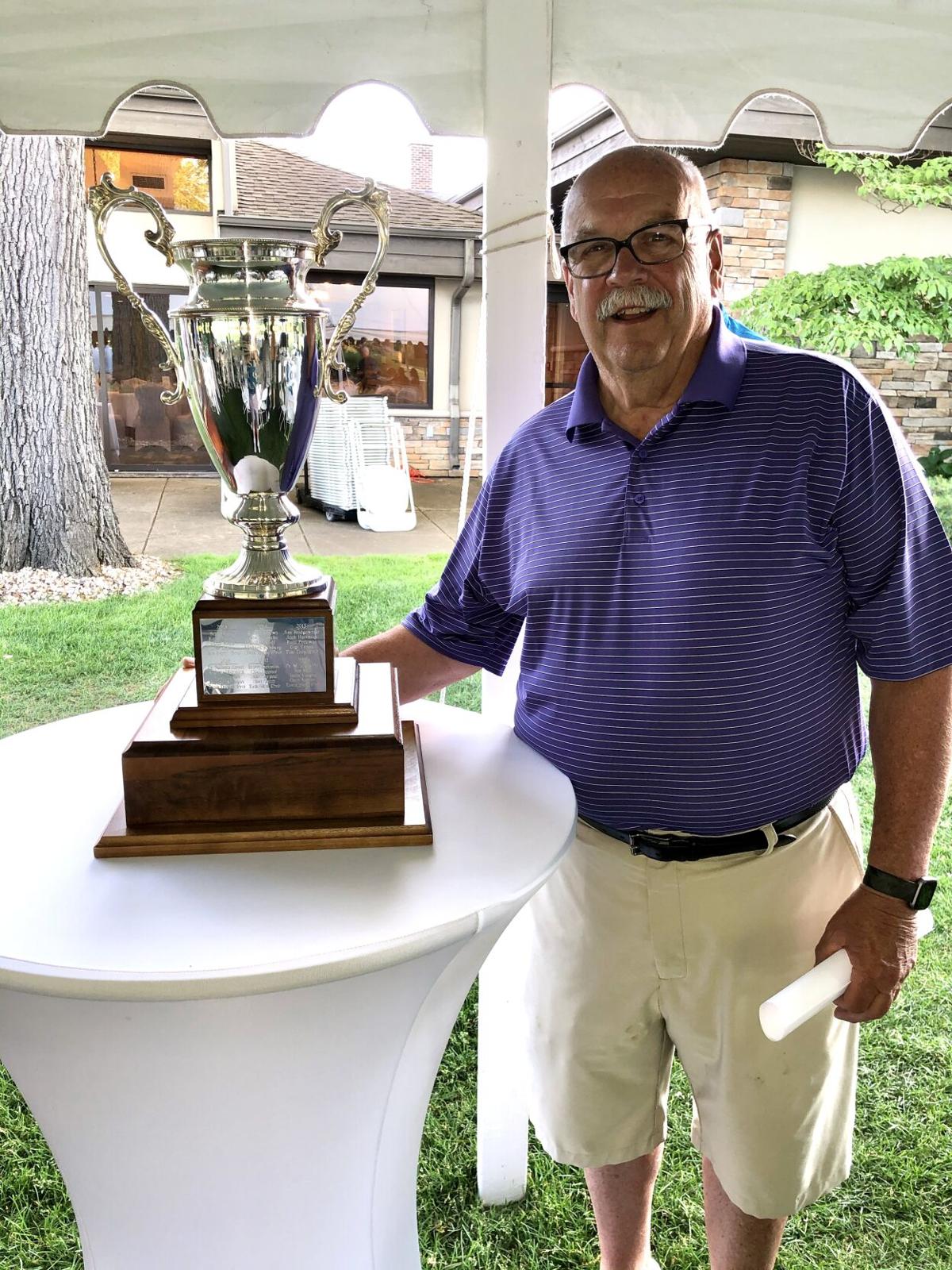 Nick Bufford, of Bourbonnais, tees off at the 10th hole.

There was a tangible buzz of excitement in the air as the Riverside Healthcare Foundation teed off its 44th annual Pro-Am Golf Tournament Friday at Kankakee Country Club.

“It’s just amazing, the energy in the group right now,” said Riverside’s President and CEO Phil Kambic. “It’s not just a golf outing today; it’s kind of a recovery from COVID. It’s just a great atmosphere of energy and excitement.”

While the outdoor event carried on last year, the pandemic impacted the turnout rate as well as the normal socialization aspect of the day as social distancing was strictly enforced. Friday’s event abided by CDC guidelines and had the biggest turnout in the tournament’s history, with 42 teams and 173 players. The tournament also set records for its fundraising. This year the foundation raised the most money in the tournament’s history, with proceeds totaling $238,000.

Organizers got creative to create additional capacity for golfers of all skill levels while also preserving the unique tradition of the Riverside Pro-Am. This year the foundation offered two unique flights, each with its own style of play. Both flights were quickly filled.

The morning flight (A) was a two-best ball-scoring tournament with foursomes drafted through a blind handicap draw. Flight A individuals needed to have a handicap of 25 or less. Flight A teed off around 7:45 a.m. and included a skins contest for cash for the amateur players.

The afternoon flight (B) teed off around 12:30 p.m. and was scramble scoring and included both sponsored teams and individuals. Flight A participants were welcomed back for the evening 19th hole reception, in addition to the 19th hole reception held during lunch.

The traditions that participants love so much were kept the same. This includes the fact that every golf pro that has worked at Kankakee Country Club in the last 44 years has been on Riverside’s committee and has helped produce the event each year.

This was current pro Kevin Fitzgerald’s fifth time working with the tournament and he shared that the day was going very well despite the changes in event coordinating. He said he looks forward to seeing this change improve year-to-year as part of the learning process.

“The important thing is that we have people out here playing golf and having fun,” he said. “The foundation raised a bunch of money and that’s what matters.”

The event brings together many past players as well as new participants and the tournament continues to grow.

“As always, this has such great tradition,” said Matt McBurnie, Riverside’s vice president of institutional advancement.

“Because it’s our 44th year, we have people that just mark their calendar and it’s going to be part of what they do. They know the first Friday of June they’re going to be here at the club. So we love the tradition of it.”

Riverside’s foundation manager and grant administrator, Matt McAllister, agreed that the tradition is important as well as the community.

“It’s a huge community partnership with our Illinois PGA and our Indiana PGA, we were able to secure a couple of pros from Indiana this year. And then we have a number of community golfers who have helped us fill in some of the gaps on the sports side,” he said.

One of those community golfers was R.J. Tyson, who has played in the tournament for the last 10 years. He shared that he loves the tradition of the event and added that he enjoys “the format we get to play — it’s competitive but we still get to have fun with the people out here.”

His father, Dave Tyson, president of Tyson Engineering in Kankakee, is chairman of the event and has been participating in the tournament for about 40 years. He said putting the event together this year has been a challenge figuring out how to change the format to accommodate more players, but it was still a fun process.

“We went from having one 18-hole event and now we have two 18-hole events,” he said. “So we’re trying to get everybody done and finished and then circulate back around and get the next group out, but it’s going well and it’s a fantastic tournament and we sold out both sides.”

In addition to talking about how beautiful the weather was, many participants, volunteers and coordinators were discussing how great it is to be back with the community.

Stephanie Mitchell, who is part of Riverside’s foundation board, was on site volunteering for the day. Mitchell worked in different departments of Riverside as an RN for 38 years before retiring last year and joining the board.

“After last year, this is such a great thing to get out and play golf and enjoy each other’s company,” she said.

“We’re able to see people we haven’t seen. It’s just great to have something like this to feel like things are finally going back to normal,” Mitchell said. “The organization is definitely a sense of family.

“It’s because of Phil — he is absolutely wonderful,” she said. “He cares about patients first and the employees. When everything is driven in that direction, the rest falls into place.”

When asked what Kambic was most looking forward to about the day, he said, “seeing people that I haven’t seen in a long time. Tons of friends of Riverside have come out and some folks I haven’t seen since pre-COVID. So it’s nice seeing people and rekindling those relationships.”

Thank you to the community

“Everyone who plays in this event is doing so out of love for the community, out of love for Riverside, out of love for coming together as a community. We’ve had a period of time where we’ve not been able to do a lot of stuff. It’s really special to be able to get back together like this again.” — Matt McBurnie, Riverside’s vice president of institutional advancement

“We’re grateful to everybody that participates here and supports our cause.” — Dave Tyson, tournament chairman and Tyson Engineering president

Message from Riverside's president and CEO

“It’s nice to have [COVID] mostly behind us. We’re not completely out of the woods yet, but [keep] moving forward. We’re happy to be in the community and we’re happy to grow services.”

“One thing that frightens me is that we’re seeing sicker and sicker people coming in because they delayed care for the whole year. As people are coming in — their heart disease is more advanced, their cancer is more advanced, and that’s just scary. Come in and get your check-up and get your preventive screenings done so it doesn’t develop into something much worse. We’re seeing it all over the place.”

This year the foundation raised the most money in the tournament’s history, with proceeds totaling $238,000.

“Our sponsorship has never been stronger, so we’re setting a record from a fundraising standpoint which means a lot,” Riverside’s VP of Institutional Advancement Matt McBurnie said. “It means we’re going to have a lot to affect healthcare in this community, and that’s really special, too.”

All of those funds will go toward advancement of surgery through technology and robotics. Riverside was able to replace a 20-year-old surgical robot with proceeds from the event.

PNC Bank donated $25,000 to the event, making it the event's first-ever title sponsor.

Annie Hinkel of PNC said that Riverside has been a “phenomenal” client of the bank for more than 50 years.

“I think their commitment to the community, what they’ve done, their growth, is something that we want to support in how we give back,” she said.