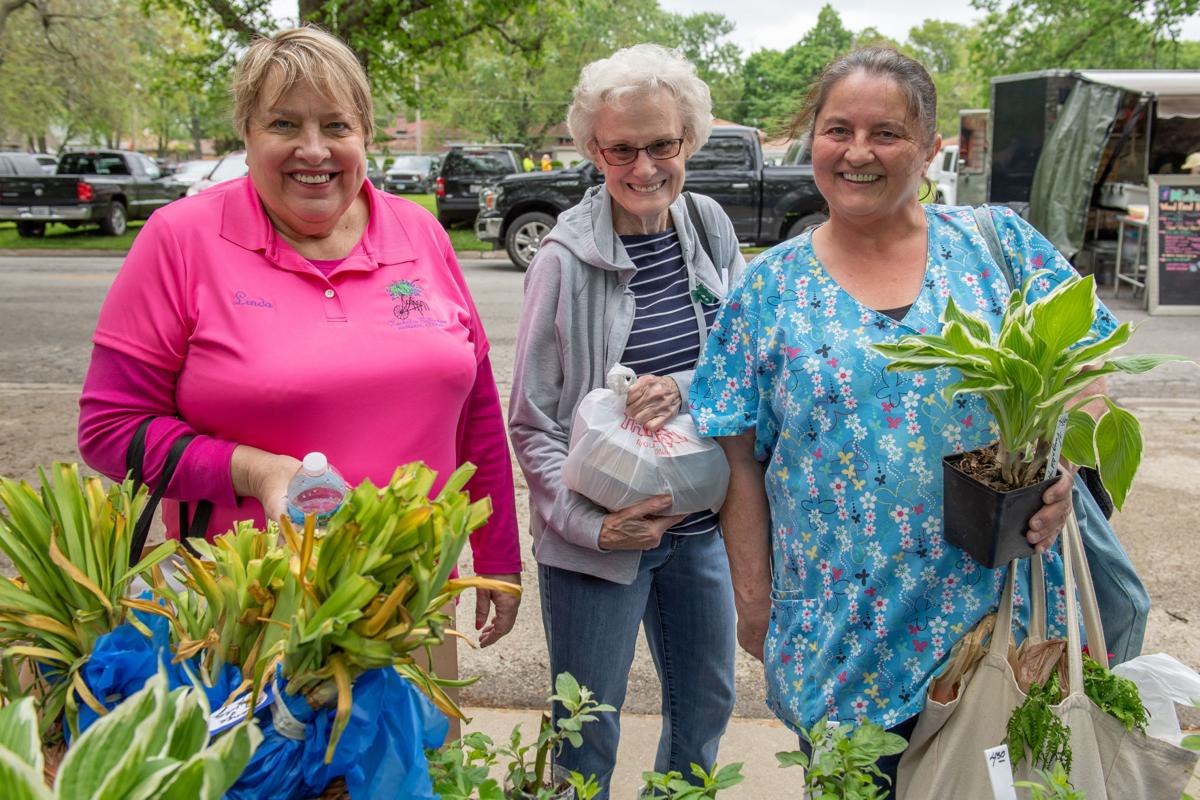 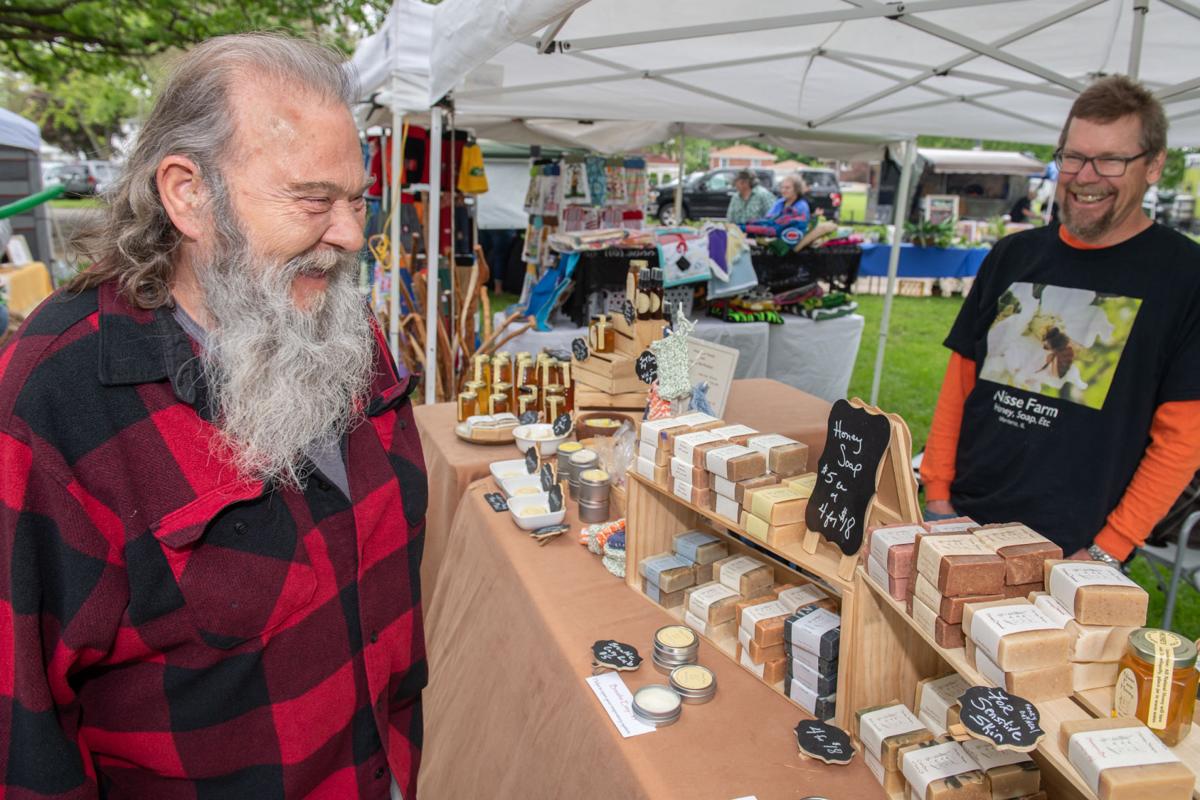 Tom Sole, of Dwight, shares a laugh with Jim Duggan, of Manteno, at his Nisse Farm booth at the 2019 Annual Rhubarb Festival. The festival will return on May 23, 2021.

Tom Sole, of Dwight, shares a laugh with Jim Duggan, of Manteno, at his Nisse Farm booth at the 2019 Annual Rhubarb Festival. The festival will return on May 23, 2021.

KANKAKEE — While COVID-19 interrupted last year’s plan for Kankakee County Museum’s annual Rhubarb Festival, the organization is excited to have it back again this year for the 31st annual event.

From 10 a.m. to 4 p.m. Sunday, May 23, local vendors of all kinds will take part in the festival, according to festival organizers. The museum is currently accepting vendor applications and will continue to do so up until the day of the festival.

Alyssa Blanchette, the museum’s office coordinator, spoke about bringing the festival back after last year’s cancellation.

“Things are starting to open back up and we’re at 50 percent capacity and that’s a big difference for us,” Blanchette said. “That gave us that idea that we should get the ball rolling and see if we’re going to be able to continue to have it.”

Vendors will be similar to ones from past years, including food and craft vendors. The annual dime toss will be held. Vendors already slated to participate include Color Street, Oberweis, Turtle Acres and the Bennett-Curtis House, which will be selling rhubarb pies.

The festival was inspired by the rhubarb plants that grow on-site at the museum from the Small family.

“It’s always something different that families can go to,” said Blanchette, who has been organizing the festival for four years. “It’s just nice to see how much it’s come from a small plant on the side of a house and now it’s turned into an entire festival.”

In addition to pies, there will also be rhubarb jam available, as well as rhubarb plants. While these are not the actual plants that are grown on the museum’s property, they are rhubarb plants that began selling at the festival in 2019 and were an immediate hit.

The success of the festival continues to grow, with Blanchette explaining that the amount of vendors has gone from 40 to 75 in her time at the museum. She hopes it continues to grow as the years go on.

“I just hope to keep growing it every year to get more people to come to give more different things to look at,” Blanchette said. “We always have such a big variety [of vendors], but we could always make it bigger.”

All of the proceeds from the event go toward the museum. Because the organization is a nonprofit, everything is based on donation. Like many other organizations around the world, Kankakee County Museum has been impacted by the effects of the pandemic.

“This is going to be, hopefully, really helpful to get us back on track with how far we’ve been affected because of COVID,” said Blanchette, who hopes that it will give community members something to look forward to.

With the event being three months away, the museum will be basing health and safety protocols on whatever the governor has implemented at the time of the festival. Based on the mitigations at that time, there will be standard enforcement of mask-wearing, social-distancing and temperature-taking.

All updates and information will be posted on the website at kankakeecountymuseum.com and on Facebook (@kankakeecountymuseum). Vendors interested in applying for festival participation can do so by contacting Alyssa Blanchette at alyssablanchette.k3museum@gmail.com.