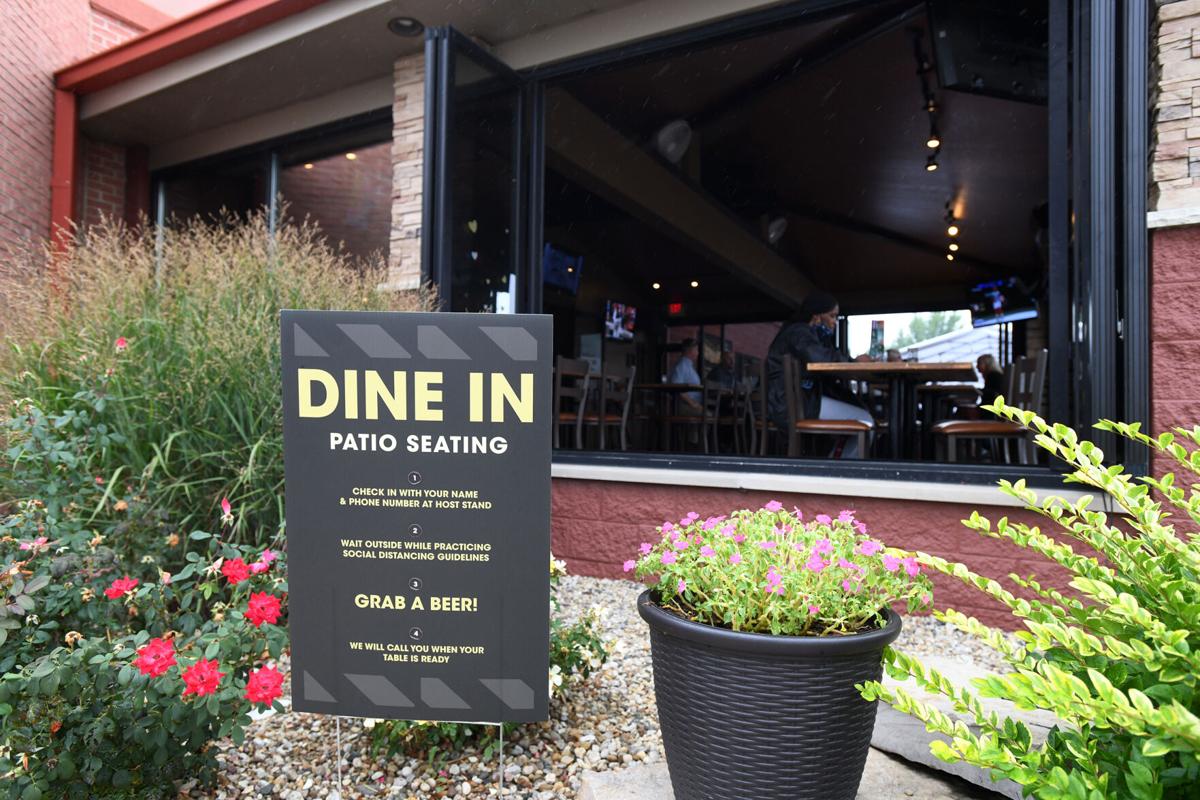 Patio seating directions are posted outside Brickstone Brewery in Bourbonnais as rain falls Tuesday. Restaurants have been adapting to the current Restore Illinois restrictions that re-closed indoor service and seating as of Aug. 27, but local owners warn of business closures looming. 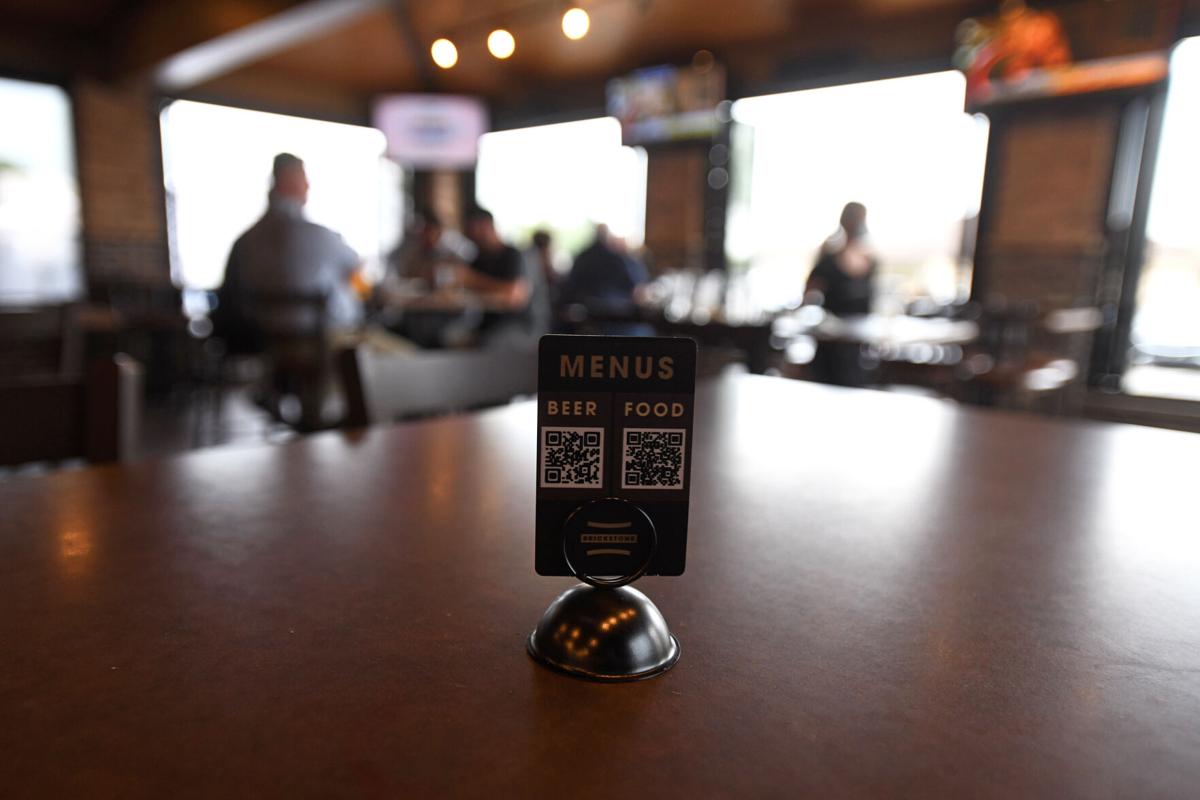 A digital menu link is posted on tables in the patio of Brickstone Brewery in Bourbonnais. Restaurants have been adapting to the current Restore Illinois restrictions that re-closed indoor service and seating as of Aug. 27, but local owners warn of business closures looming.

Patio seating directions are posted outside Brickstone Brewery in Bourbonnais as rain falls Tuesday. Restaurants have been adapting to the current Restore Illinois restrictions that re-closed indoor service and seating as of Aug. 27, but local owners warn of business closures looming.

A digital menu link is posted on tables in the patio of Brickstone Brewery in Bourbonnais. Restaurants have been adapting to the current Restore Illinois restrictions that re-closed indoor service and seating as of Aug. 27, but local owners warn of business closures looming.

PLAINFIELD — A petition seeking the re-opening of restaurants and bars in Kankakee and Will counties is being circulated online and the author is proclaiming the shutdown has gone on far too long.

Her goal is to collect 100,000 signatures by Sept. 30 in an effort to force Gov. J.B. Pritzker to allow restaurants and bars to re-open to indoor service in this two-county region. Two weeks ago, Pritzker — citing the rising COVID-19 positivity rate within Region 7, which includes Kankakee and Will counties — restricted bar and restaurants to outdoor service under the Restore Illinois plan.

Owners of these establishments are now pushing back.

“We’ve thought of many things,” said Tina Vasilakis, of the popular Brickstone Brewery in Bourbonnais, regarding operations of the family-owned business. “I’ve heard figures where 20 percent of these business in Illinois will close their doors because of this.”

The Illinois Restaurant Association states there at 24,000 restaurants in Illinois, which employ 321,000 people.

Vasilakis, who signed the petition Sunday, said even being allowed to operate at 50-percent capacity for two months following the more than three-month shutdown due to virus concerns was not enough.

“That wasn’t what we needed. We are doing what we can,” she said.

Kollintzas-Pavlis, who operates George’s in Lockport as well as three bars and restaurants in Will County, said running a business in this fashion is “simply not sustainable at all.”

She noted she came up with the petition idea only days ago.

The petition — which can be accessed at change.org/illinoisrestaurants — is for anyone to sign from establishment owners, to those who frequent them, to those who simply believe the governor’s action is wrong.

She said she has attempted to contact the governor or other involved in making these decisions. That effort has been in vain thus far, she said.

“They just ignore us. I feel voiceless. I simply cannot do this any longer.

She noted this past weekend’s weather was a perfect example of the hardships of outdoor dining. First it rained, then it was windy, then the bees descended on diners.

“I’m not sure what the governor is doing. We are doing the right things. ... But we can’t do this much longer. I’m trying to operate law-abiding businesses,” she said.

Some restaurant owners have simply taken to ignoring the governor’s order. It is up to the local health department to track down those businesses which have chosen to defy the Aug. 27 mandate of only allowing outdoor dining or take-out food orders.

“We trusted the government, but we are being used as pawns. I want to know what is the science behind this? The rules and restrictions keep changing. We want to be taken seriously. We all have a decision to make one way or another,” she said.

The goal of the petition is to get the governor to re-open Region 7.

Paul Jeziorski, co-owner of Paul’s Place restaurant in Kankakee, said he was unaware of this petition, but was certainly willing to sign it. He noted he had been involved with the Illinois Licensed Beverage Association which is seeking to remedy this situation.

He said the association is having a difficult time working with the governor and his administration because they are not taking their calls.

“We’ve had maybe 30 to 40 percent of our normal sales. We’re basically just hanging in there, but I don’t know for how long. We are at the point of do we defy the order and go for survival?”

"They just ignore us. I feel voiceless. I simply cannot do this any longer."