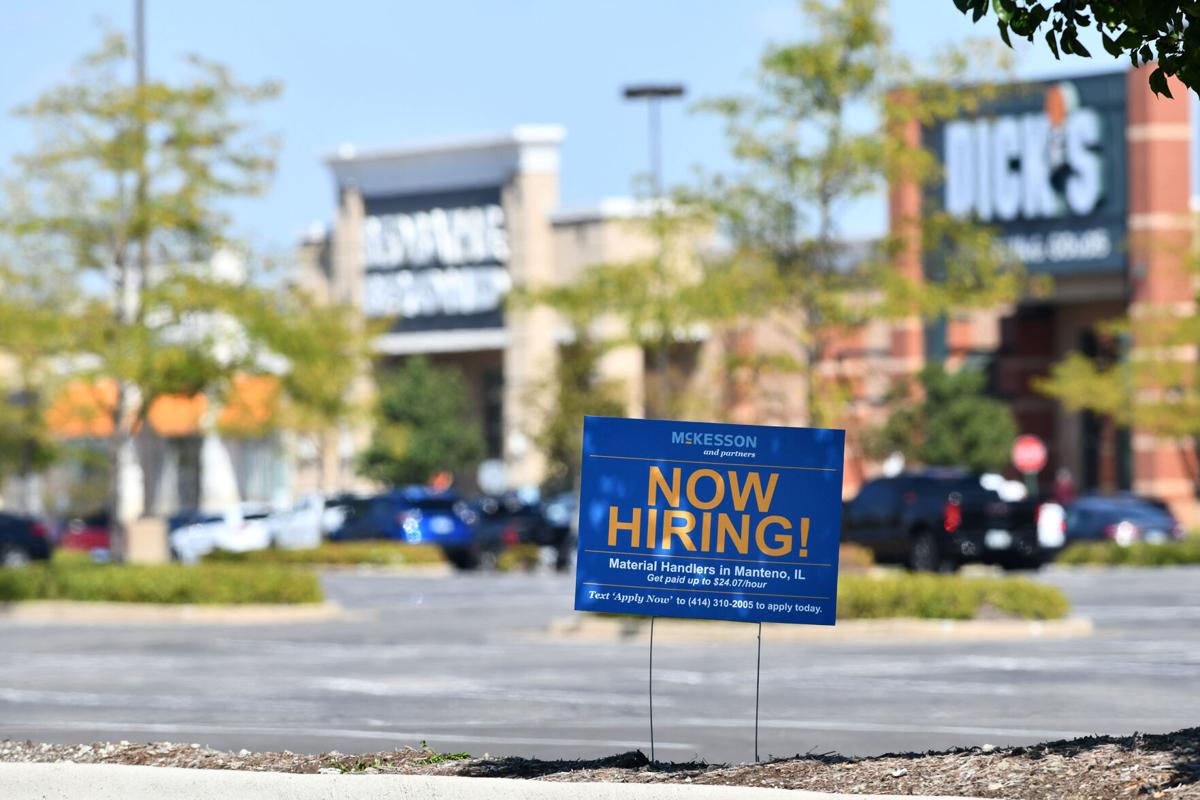 One of more than a dozen signs in the Bradley Commons shopping area advertises a hiring company in the county. It’s a common sight in the area — and across the nation — as employers are struggling to get workers in the door. 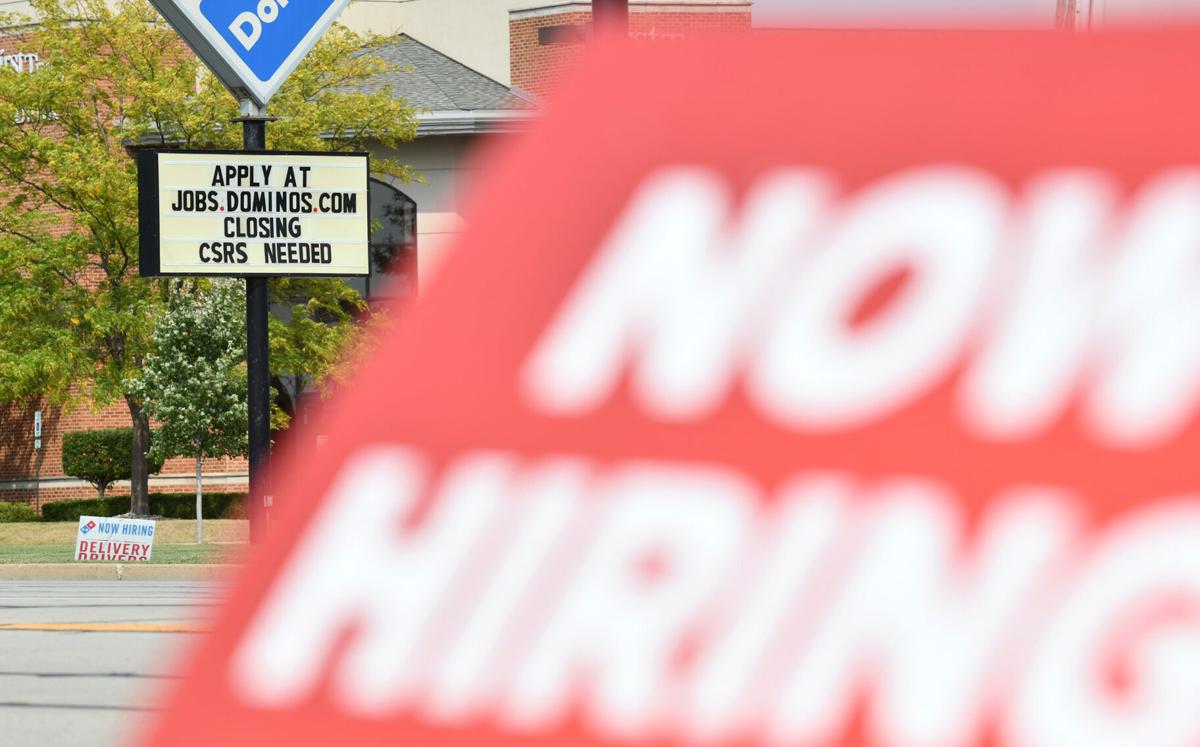 A now hiring sign at Circle K in Bourbonnais joins several signs at the Domino’s Pizza across the street advertising open positions. The companies are two of many looking to hire workers in the county. READ MORE. 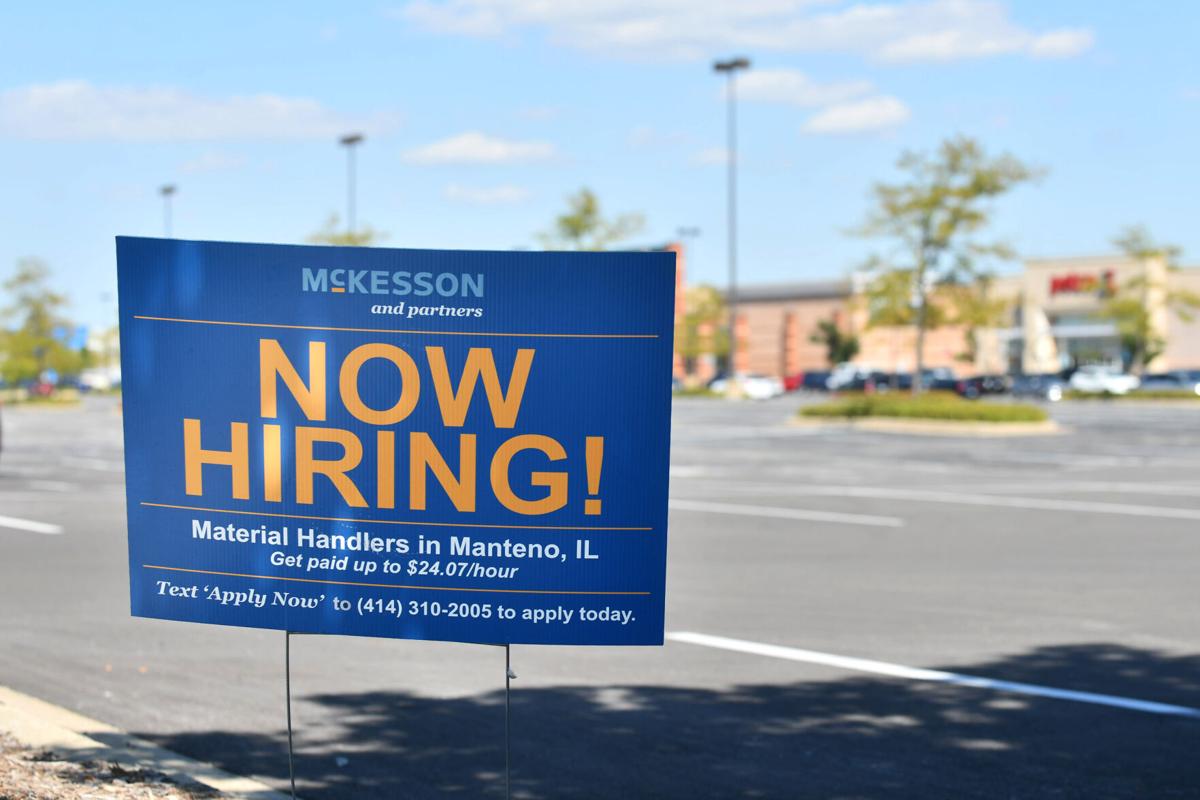 One of more than a dozen signs in the Bradley Commons shopping area advertises a hiring company in the county.

One of more than a dozen signs in the Bradley Commons shopping area advertises a hiring company in the county. It’s a common sight in the area — and across the nation — as employers are struggling to get workers in the door.

A now hiring sign at Circle K in Bourbonnais joins several signs at the Domino’s Pizza across the street advertising open positions. The companies are two of many looking to hire workers in the county. READ MORE.

One of more than a dozen signs in the Bradley Commons shopping area advertises a hiring company in the county.

Lately, some leaders in Kankakee County have lamented the recent plight of employers who can’t seem to find workers.

But now, after a recent job fair, those leaders — as well as the companies and organizations looking to hire — are scratching their heads wondering what it will take to get the unemployed re-engaged into the workforce.

On Aug. 26, the Economic Alliance of Kankakee County hosted a job fair at the center court area of Northfield Square mall.

Some 29 employers armed with company brochures and job applications seeking to fill some 1,127 openings were set to woo prospective workers.

The economic alliance added a gift as well. Any job seeker who visited three job booths could submit their name for a raffle and at the end of event a 50-inch television would be given away.

“We sure thought when the day came we would have a lot of job seekers. Unemployment benefits are coming to an end. The summer is winding down. Kids are back in school,” noted Tim Nugent, president and CEO of the alliance.

The event was advertised through radio, Facebook, Twitter, Kankakee Community College, Illinois Department of Employment Securities as well as flyers at government/municipal offices.

The IDES also sent out an email blast prior to the event. It reached some 21,000 email accounts of regional people who have sought their services.

In the end, 30 people showed up to the 10 a.m. to 1 p.m. event. The breakdown of job seekers to employment providers was almost exactly a 1-1 ratio. Even if every person who attended walked away with a job, it would have left 1,097 jobs on the table.

Twenty-one participates submitted their name for the television raffle.

So where are the employees? That’s what Nugent and the companies and organizations who took part in the job fair are wondering. Kankakee County has a 6.1 percent July unemployment rate. Prior to the pandemic, the county had a rate in the 4 percent range, a rate unseen here for decades.

The county’s unemployment numbers are actually better than those of the state, which has a July rate of 7.1 percent.

Kari Nugent, spokeswoman for Kankakee Community College, is as confused as anyone.

She noted through the credit hour calculations, in the fall of 2020, the school had students taking 21,523 credit hours. This fall, that number has dropped to 20,261.

Like business and industry, Kari Nugent said KCC would love to know where the people are right now. If they are not in the workforce nor at school, where are they?

“We are befuddled as well,” she said.

Kari Nugent did note there is somewhat of a silver lining. She said programs such as welding, electricity, computer-aided drafting, transportation, manufacturing have experienced an 8.9 percent hike this semester as compared to last fall.

So perhaps courses which can lead directly to a job are preferred, she said.

Whatever the reasons may be, Tim Nugent said there are a great number of jobs available and he would like to see as many filled by area residents as possible.

Ladonna Russell, director of the Workforce Board of Grundy, Kankakee and Livingston counties, said, like others, she would hope for better job fair turnouts.

Like Tim Nugent, Russell thought the event was perfectly timed for a greater response. She did note employers came from the event with applications and were scheduling interviews.

Russell noted many people are still facing issues due to COVID-19, particularly with child care or quarantine. So seeking work, she said, does remain a difficult option for some.

“We’re doing our best here,” she said regarding placing people with jobs. “Maybe we need to get more creative to connect people to jobs. But this is not just a Kankakee County issue. This is a nationwide issue.

“I wish we had the answers, but we are going to keep on trying,” she said.

The State of Illinois will be terminating pandemic-related unemployment benefits soon.

The state of Kankakee County's workforce is at a crossroads. It has weathered the COVID-19 storm, for now, but the workforce needs some reinvigoration to avert a crisis.

Not unlike companies in the private sector, Kankakee County has been met with the challenging task of filling employee vacancies.