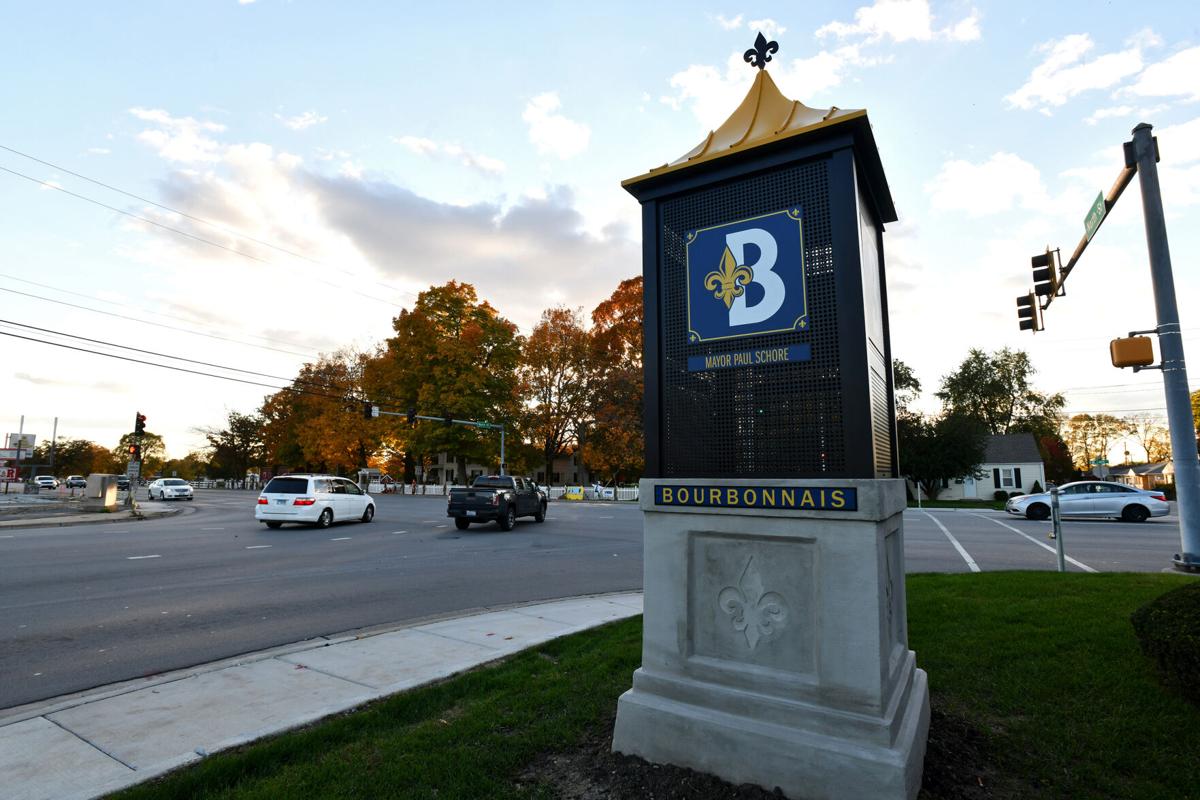 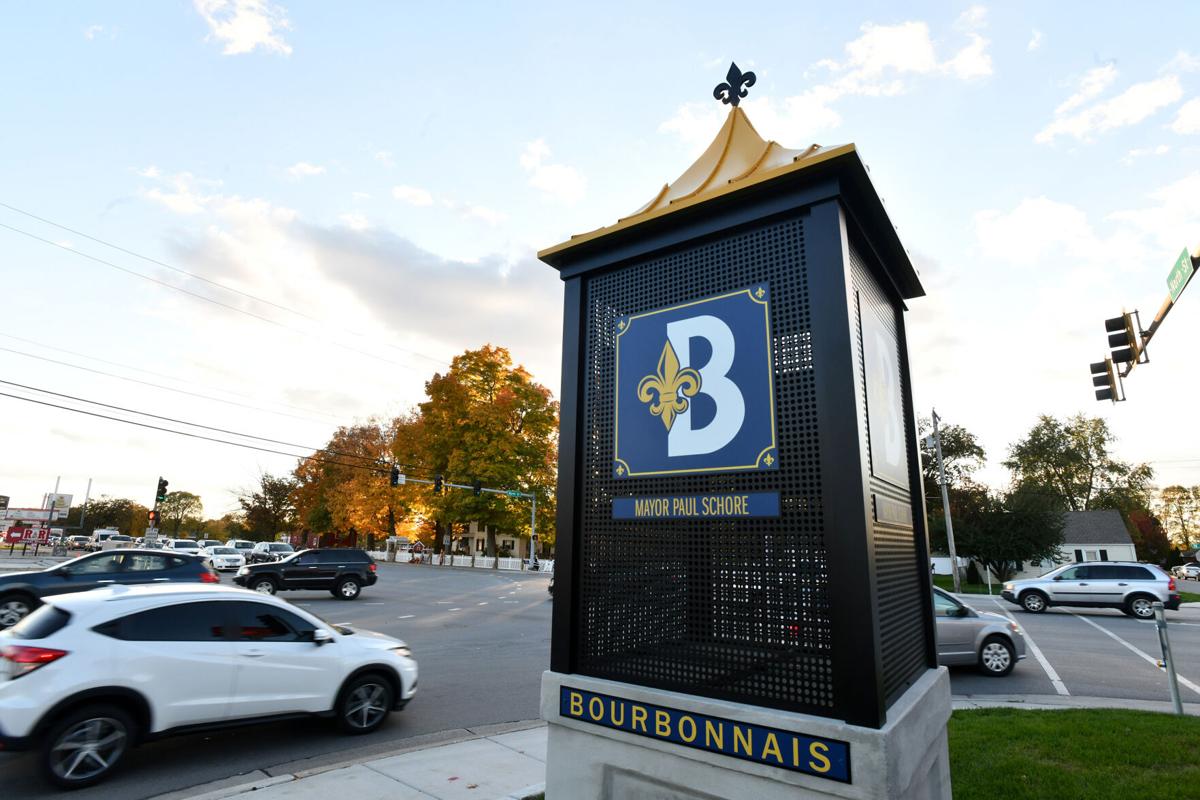 It’s not just a lyric from a 1970s song performed by The Five Man Electrical Band.

In Bourbonnais, 16 signs have been erected throughout the village to provide information and welcome visitors.

It is the second of four phases of the village’s wayfinding master plan.

There are seven directional signs installed around the municipal campus on Main Street NW; eight entryway signs, including one at the corner of West North Street and South Main Street; and one sign at the event and skate park on East Stratford Drive.

“People are just now starting to notice them,” Assistant Administrator Laurie Cyr said. “They are really liking them.”

The signs feature the village’s logo, which is a letter B and a fleur-de-lis. Translated as “flower of the lily,” the fleur-de-lis is symbolic on French heritage.

“This is keeping with our French-Canadian heritage,” Mayor Paul Schore explained.

The first phase of the wayfinder project occurred more than a year ago with the erection of three large signs located at Bourbonnais Parkway and U.S. Route 45/52; at the intersection of South Main Street and Main Street NW (Illinois Route 102); and at the village’s administration building, also on Main Street NW.

“We did a complete planning process three years ago,” Cyr said. “It is a four-year plan. These are directional signs to key attractions that are strategically placed.”

Depending on the location of the sign, they are paid for through TIF and business district tax revenue, as well as general fund taxes, Cyr said.

Planning for the third phase of the project will begin in May 2022. The village’s budget will set the project cost, which is expected to range from $95,000 to $153,000, Cyr said. This phase will see an additional 29 signs placed throughout the village. There are eight signs in Phase 4.

When completed, there will be 62 signs in all.

That plan includes the Community Campus proposal which would turn the Municipal Center grounds into a community gathering point for concerts, festivals, playground and a splash pad.

“This is just part of the process of bringing in the aesthetics, the [village’s] branding,” Van Mill said. “Tying it all into the village.”

Here are the sites where the latest Wayfinding signs have been placed:

The dream of a 1837 log cabin schoolhouse restoration became a reality Monday when the Bourbonnais village board approved a bid for construction.

After a five-year construction project, College Church of the Nazarene, on University Avenue in Bourbonnais, will be unveiling the new remodel and expansion to the church on Sunday.

On Monday, village trustees heard the first reading on four ordinances they say will abate principal and interest payments to the tune of $1.1 million for fiscal year 2023.

The Bourbonnais Township Park District board approved its comprehensive plan at its monthly meeting Monday at Exploration Station. The plan was completed earlier this year.