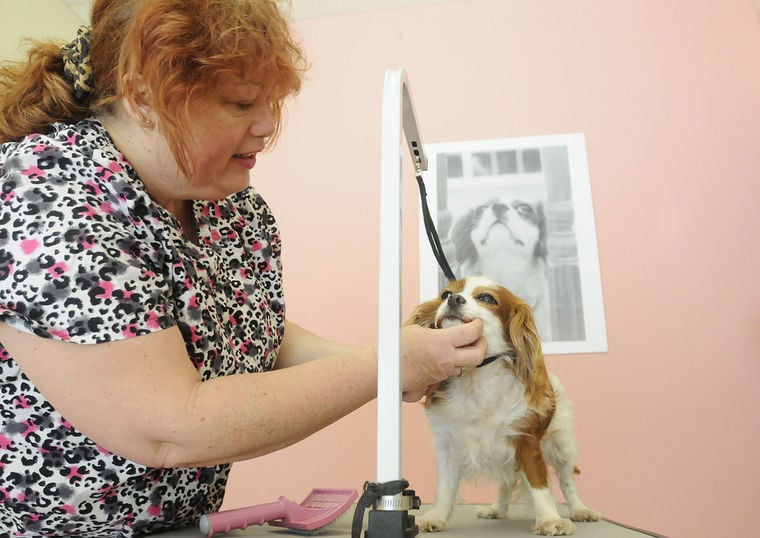 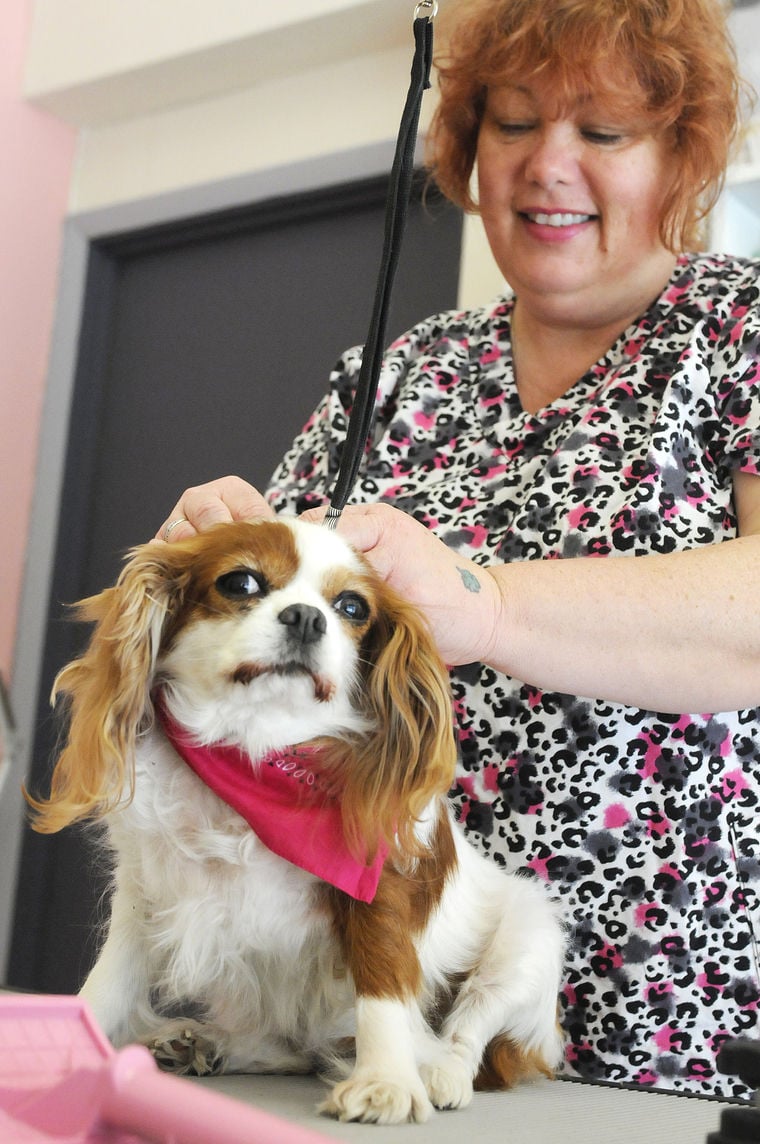 Dorette Rowe, of Momence, ties a pink bandanna on her 11-year-old dog, Ladybug, after a grooming at her recently-opened business, Precious Momence Full Service Pet Salon, at 122 E. Washington St. in Momence.

Dorette Rowe, of Momence, ties a pink bandanna on her 11-year-old dog, Ladybug, after a grooming at her recently-opened business, Precious Momence Full Service Pet Salon, at 122 E. Washington St. in Momence.

A new Momence business is going to the dogs ... and cats.

Rowe said she hopes to expand her business in the near future to include dog sitting.

"I love dogs. I've loved them all my life. By doing this I think I make the world a better place, one dog at a time," she said. "They come in dirty and scruffy and leave pretty and clean."

The salon is open from 10 a.m. to 3 p.m. Tuesdays through Sundays. It's closed on Mondays.

Rowe, who also is a cook at Good Shepherd Manor in Momence, opened the pet salon in the former location of American Groomer. The 2,100-square-foot location was more than Rowe could have ever wanted.

Originally from Chicago, Rowe has spent several years in this area. She lived in Manteno, Beecher and Grant Park, each for about five years, before moving to Momence.

She owns two dogs and a cat, and also takes care of her daughter's dog.

"When I moved into Momence, starting a salon was the first thing I thought of. This location becoming available was more than I could have dreamed of."

A new financial planning business — with a very familiar name — has opened in Manteno.

Scott also is the brother of Neil Piggush, of Bourbonnais, the co-owner of the Bourbonnais engineering firm, Piggush Engineering.

Opened in early December in the 1,600-square-foot location, the wealth and retirement planning business has hit the ground running and business has been good, said the 33-year-old Piggush.

Before establishing the company along with his wife, Kim, who serves as the office manager, Piggush worked 10 years for HomeStar Investment Services in Manteno.

A 2001 graduate of Bishop McNamara Catholic High School in Kankakee, he then attended the University of Iowa were he graduated in 2005 with a finance degree.

"We want to make sure our clients are covered in all areas of financial planning," he said.

Recent studies have shown large segments of the population are lacking retirement accounts.

"In general, saving is challenging and pensions are things of the past," he said. But, he noted, the longer someone puts off developing a plan, the more catching up they'll have to do.

How the mighty has fallen, and fallen and fallen.

In case you missed this item, Sears — the retailer that was once second to none and one that's had a store presence in Kankakee County since the early 1930s — plans to write down the value of its own name by as much as $200 million.

In a story in this week's Crain's Chicago Business, Sears, which combined with equally-troubled Kmart in 2005, reported the trade name and other "intangible" assets are worth $2 billion. These assets measure the worth of the Sears name, shopper loyalty programs and favorable lease commitments.

In 2005, the then-newly created Sears Holding Corp. reported its name and intangibles had a value of $4 billion, twice what it is today.

Kmart's local news hasn't been much better. Kmart will be closing its Bradley store in May.

Sears was the nation's largest retailer as recently as 1989. How long Sears sticks around is anyone's guess, but these signs certainly are alarming for a company that dates itself back to 1886.