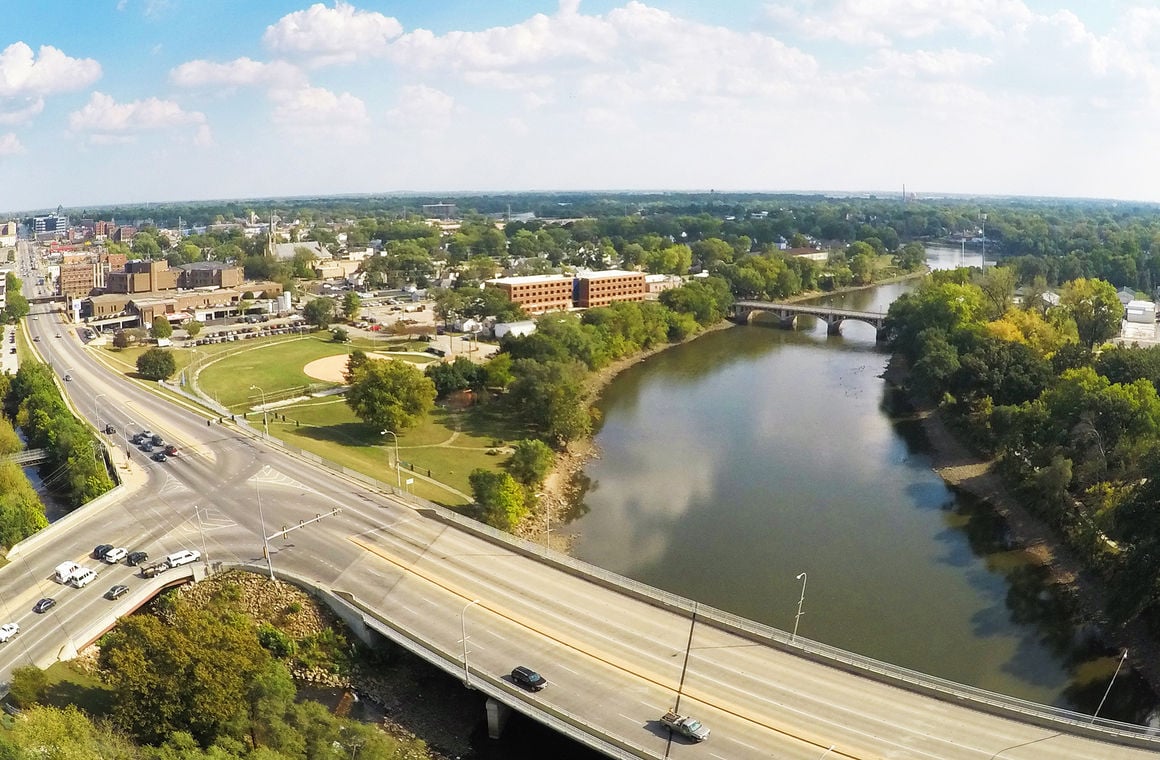 The Kankakee River winds through Kankakee to the south and east from the Court Street bridge. A referendum seeking to extend a taxing district along the waterway — mainly to deal with flooding issues — is on the March 17 primary ballot. 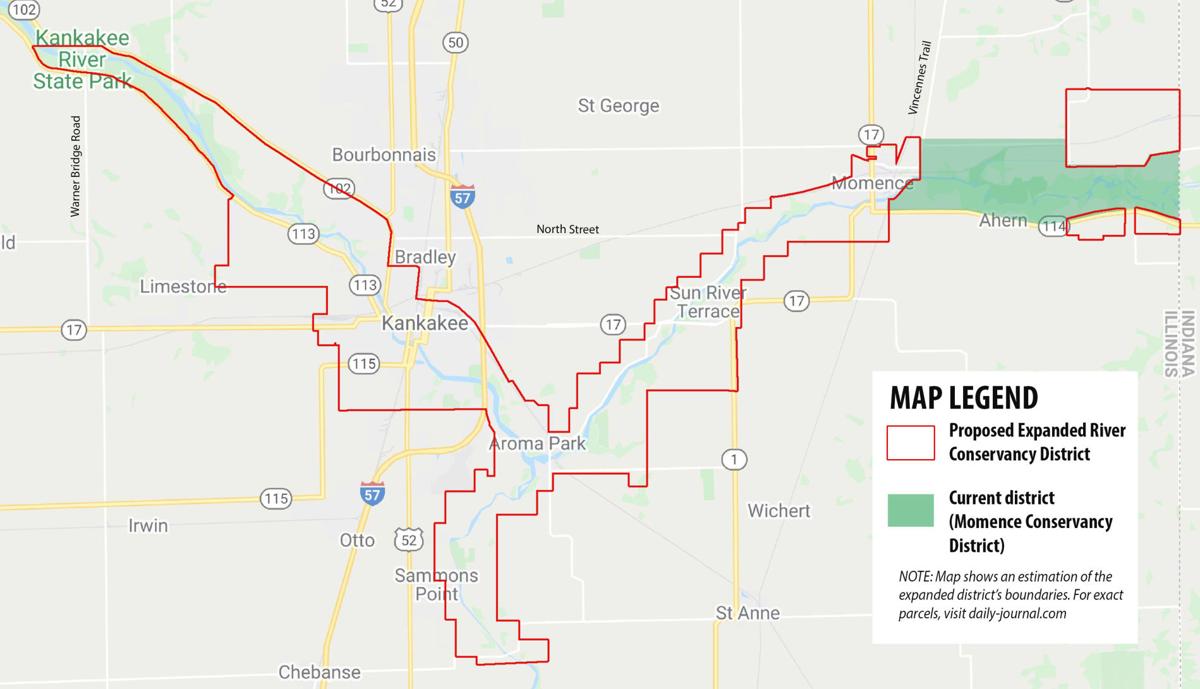 The Kankakee River winds through Kankakee to the south and east from the Court Street bridge. A referendum seeking to extend a taxing district along the waterway — mainly to deal with flooding issues — is on the March 17 primary ballot.

In an effort to greatly expand the district charged with protecting the Kankakee River, a large percentage of county voters residing less than a mile from the river’s banks, will be asked to tax themselves.

The citizen-initiated referendum, commonly called a back-door referendum, seeking approval for the tax — which would cost the owner of a $100,000 home an additional $24 a year — will be on the March 17 primary ballot.

Of the 66,060 registered voters within Kankakee County, 24,009 reside within the proposed district, county officials noted. There are approximately 15,000 separate properties which lie in the footprint of the proposed expansion area.

To view exact parcels that would be included in a new proposed river conservancy district, click here to view the interactive map.

The proposed taxing district would provide cash eyed to address sedimentation, bank stabilization, logjams and, of course, flooding along the county’s portion of the Kankakee and Iroquois rivers.

Early voting for the March 17 primary began on Thursday.

The referendum question seeks a “for” or “against” vote.

If approved, the tax is anticipated to generate some $450,000 annually. The tax does not have a sunset clause.

Contacted Wednesday by the Daily Journal, officials of the Kankakee Iroquois Ford Association of Realtors were unaware of the referendum.

FLOODING IS THE ISSUE

At issue, of course, is the increasing flooding which is taking place along the Kankakee and Iroquois rivers within Kankakee County. The so-called 100-year floods have been taking place at rapidly increasing frequencies and without addressing the impact the rivers are having, damage will only rise.

If approved, the district would include all or significant portions of Momence, Sun River Terrace, Aroma Park, Sammons Point, Kankakee, Bradley, Limestone and Bourbonnais and reach the Kankakee-Will County line at Wilmington.

To have the referendum placed on the ballot, 300 signatures were needed. The groups collected 571.

If approved, the tax is anticipated to generate some $450,000 annually. The tax does not have a sunset clause.

Not to confuse the conservancy district with the Fish and Wildlife marsh proposal, this effort is geared to increasing the current funding from roughly $10,000 annually to $450,000 yearly.

“Everyone can see what is going on with our river,” said Les Burton, conservancy board president. “We are getting more rain than ever and flood events are more frequent.”

Within the past 10 years, the area has dealt with extreme flood events four times.

Burton noted the Indiana Legislature has given the Indiana conservancy organization about $2 million annually to keep the sand out of the river and stabilize the banks. Illinois, he said, has sent nothing to Kankakee County to resolve this issue.

“We have to help ourselves, so those people who love the river and live by the river have to take control of what we can can control,” Burton said. “We can’t address this with $10,000 per year.”

Residents living near the river have faced rising flood insurance costs, not to mention to cost of flood cleanup.

Ken Munjoy, spokesman for the Kankakee River Basin District, said: “It is important to realize that we are, for the most part, the people that are on the river almost daily. ... The flooding has affected most of us and we are not asking anyone to do something that we are not willing to do ourselves.

“... This is historic in our county, something people will look back on in 50 and 100 years and point to this moment, knowing we were the ones that started the healing process of our river. ... We will never have a better chance to impact our greatest asset.”

Kankakee County Board Chairman Andy Wheeler, who has been pushing for funding to address water issues with the county for several years, said Indiana is repairing its side of the river to keep the sand out of the river.

“They have gone so far as to add me to their newly created River Commission and adopt an official ‘do no harm’ policy. ... But unlike Indiana, we do not have any prospects of continued fund for this,” Wheeler said.

Wheeler noted homeowners are being flooded almost yearly. ... We just can’t let this opportunity pass us by and I am extremely hopeful we will succeed. Who can vote against the river?”