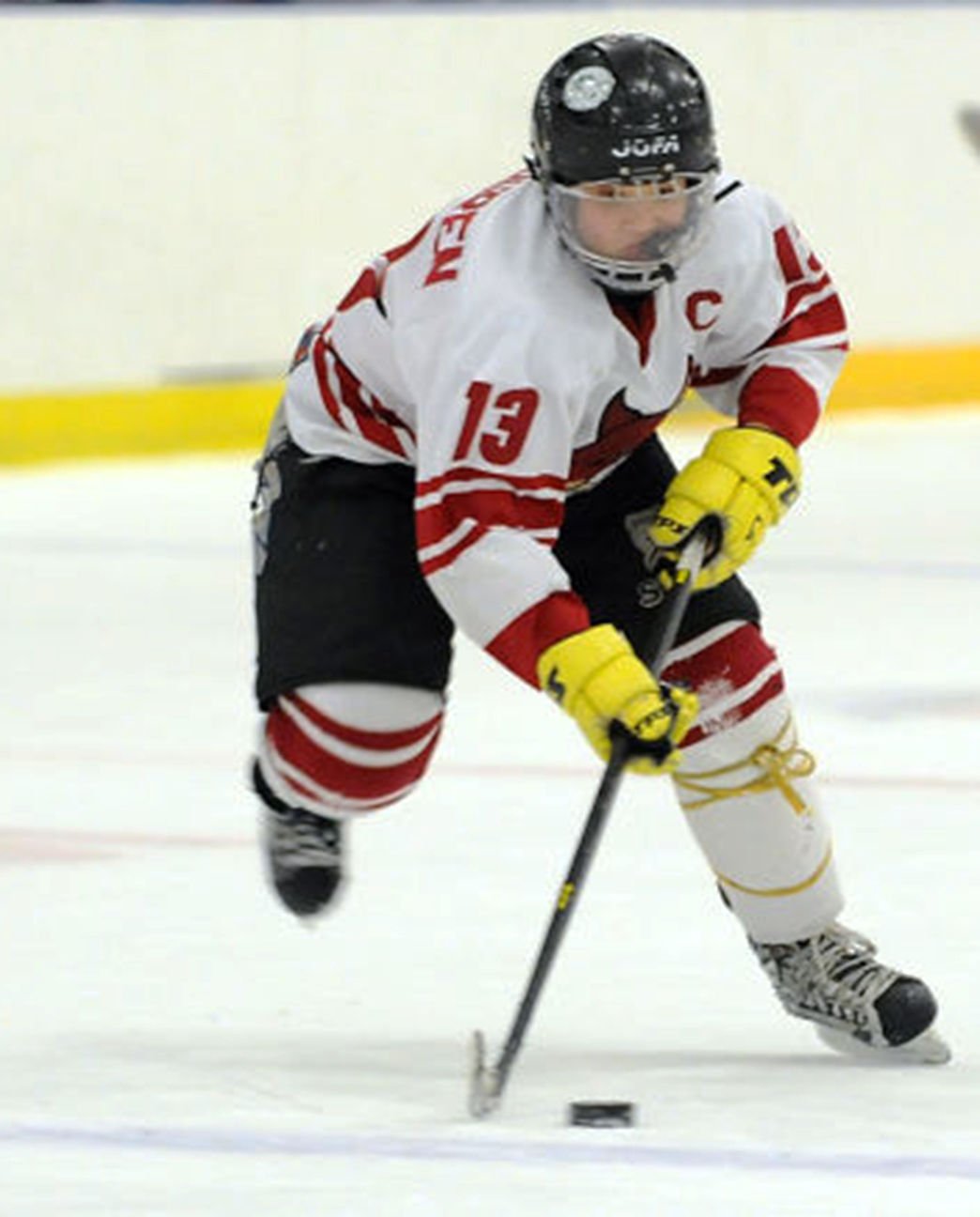 Hockey center Anders Lindgren will compete in the Winter Deaflympics Dec. 12-21 in Italy. Anders began playing ice hockey with the Kankakee Coyotes and later played on the Kankakee Irish team (above). 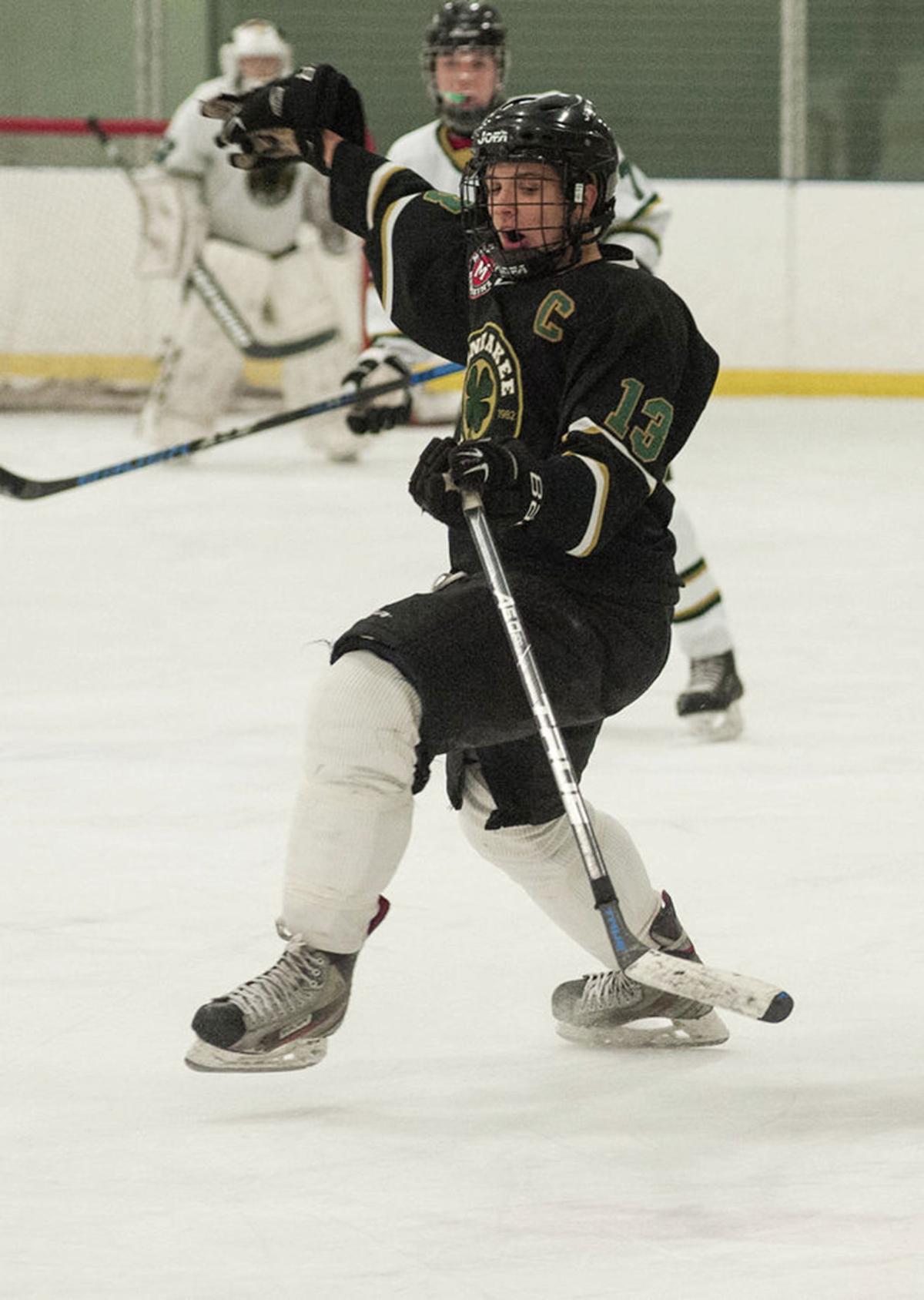 Hockey center Anders Lindgren will compete in the Winter Deaflympics in Italy. Anders played locally for the Kankakee Irish and returned last year for a special alumni game. 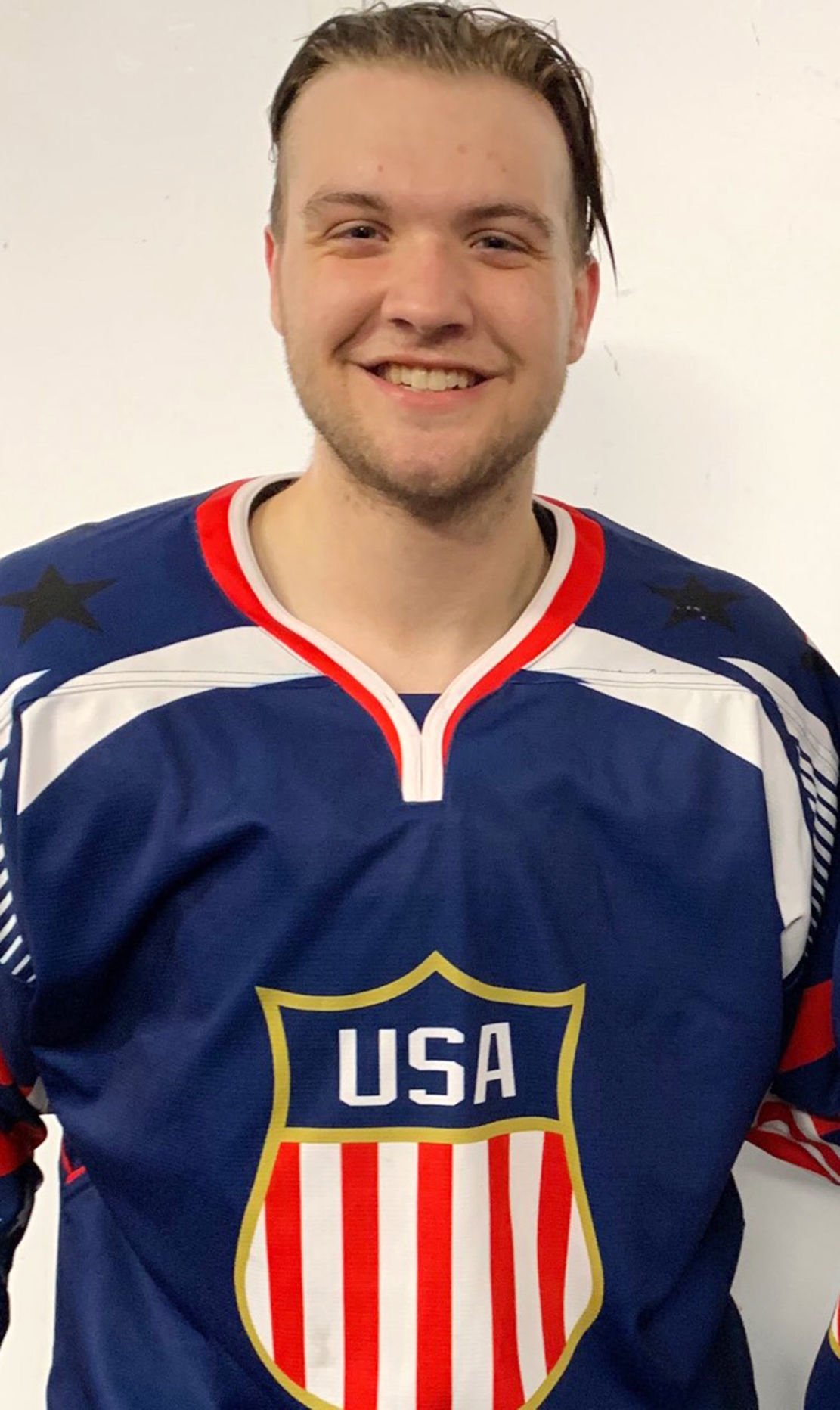 Hockey center Anders Lindgren will compete in the Winter Deaflympics Dec. 12-21 in Italy. Anders began playing ice hockey with the Kankakee Coyotes and later played on the Kankakee Irish team (above).

Hockey center Anders Lindgren will compete in the Winter Deaflympics in Italy. Anders played locally for the Kankakee Irish and returned last year for a special alumni game.

When hockey player Anders Lindgren laces his skates and hits the ice Dec. 12, he will not only be representing Momence, Illinois or the Midwest — he will be representing the United States.

His talents on the ice will be showcased as a member of the Men’s Deaf National Ice Hockey Team during this year’s Winter Deaflympics. Hosted under the purview of the International Committee of Sports for the Deaf, the Deaflympics will take place Dec. 12-21, in Valtellina Valchiavenna, Italy.

Anders, 20, was born with congenital bi-lateral hearing loss, causing him to be just over half deaf in both ears.

But that has never stopped him from playing hockey and loving the sport.

Anders first learned of the Deaflympics team during the American Hearing Impaired Hockey Association summer camp, which he has attended the past 10 years.

This year, he was invited to tryout for the Men’s Deaf National Ice Hockey Team in Buffalo, N.Y.

“This is a once-in-a-lifetime opportunity,” Lindgren said. “I’m excited to represent the U.S. with a fantastic group of guys, all working toward the same goal — a gold medal.”

The 23-member roster includes 16 returning players who won a bronze medal at the 2015 Deaflympics in Russia. This year’s players range in age from 16 to 34 and hail from 14 states.

The team operates under the guidelines of USA Hockey and the USA Deaf Sports Federation. Hearing aids, cochlear implants and the like are not allowed during competition.

For Lindgren, he never plays hockey with his hearing aids, “I don’t want to break them,” he said jokingly. “But seriously, without hearing during practice and games, I’m more aware of my surroundings.”

Lindgren, a center, added that during Deaflympics, “the communication will be different. It’s about cues from your teammates.”

“I pass a lot and score when I can. I’m there to see the ice and make plays offensively and defensively,” Lindgren said. “I play the best when I’m making passes. I’d rather make an amazing pass than score a goal.

“In hockey, players chirp so much it’s nice not to hear it,” Lindgren said.

It wasn’t until Lindgren was in second grade that his parents, Bjorn and Jodi Lindgren, knew their son was deaf.

“He would fail, pass, fail, pass hearing screening tests,” Jodi said. His parents brought Lindgren to a hearing specialist where they learned he had a missing nerve in his inner ear which caused the hearing impairment.

Since that time, Lindgren has been wearing hearing aids in both ears, except when playing hockey, of course.

Even before they found out Lindgren couldn’t hear, he had a hockey stick in his hand.

“I watched my dad play hockey all the time,” Lindgren said. “I really just wanted to play.”

Beginning when Lindgren was 4, he and his dad played street hockey and roller hockey in their garage, the streets and in parking lots.

He started on the ice with the Kankakee Coyotes as a fourth-grader.

“For Anders, hockey has been his only sport. I think he tried t-ball once. It was a fail,” his mother said. “Hockey is what he knows.”

And as a youth, Lindgren scored his first two goals during a scrimmage game at the United Center, the same ice the Chicago Blackhawks play on.

“I just happened to score my first two goals there,” he said. “Two goals in one game is great, but to have it happen at the United Center, that’s unbelievable.”

Lindgren played with the Kankakee Coyotes from fourth through eighth grade and then played for the Kankakee Irish as a high schooler, serving three years as team captain.

“I was on the ice four to six times a week. And when I wasn’t on the ice, I was in the garage playing one-on-one with my dad,” Lindgren said. And Bjorn never let his son win or went easy on him.

“It forced me to be better and get better,” Lindgren said.

Today, Lindgren plays as a junior at Aurora University and is enrolled in the nursing program. He will graduate next year with a Bachelor of Science degree in nursing. He’s attending with the help of a Chicago Blackhawks Alumni Association scholarships awarded to the most deserving Illinois high school hockey players.

“I have to plan out my day hour-by-hour to include all my workouts, classes, homework, practices, games and nursing clinicals,” said Lindgren, who also serves as a resident assistant on campus. “With everything going on, hockey is a great stress reliever.

He added, “I know that when the weekend hits, I can play. But by Sunday, I’m back to the books.”

And when traveling to Italy to compete in the Deaflympics, Lindgren still plans on studying when he can.

Since the tryouts, coach Joe Gotfryd has been sending team members plays to learn.

“I’ve met a lot of my teammates through [American Hearing Impaired Hockey Association] camp,” he said. “We are already so close because we have something in common. We all get each other.”

As a team, their most challenging opponent, according to Lindgren, will be Canada.

“They always have a good team. They’re going to be hard to play.”

Other events in the Winter Deaflympics Lindgren plans on watching are curling, skiing and chess, among others.

As a family, Bjorn and Jodi decided only one of them would travel to Italy with Anders and watch him play. But the Lindgrens’ other family — their hockey family — held a fundraiser selling T-shirts. Unbeknownst to the couple, Jamie O’Connor led a charge selling Deaflympics T-shirts and raised enough money for both of them to go. Lindgren’s sisters, Emilie and Britta, will be at home cheering him on.

To make a donation to the team to off-set the cost of the trip, visit ahiha.org and click on the Winter Deaflympics team.