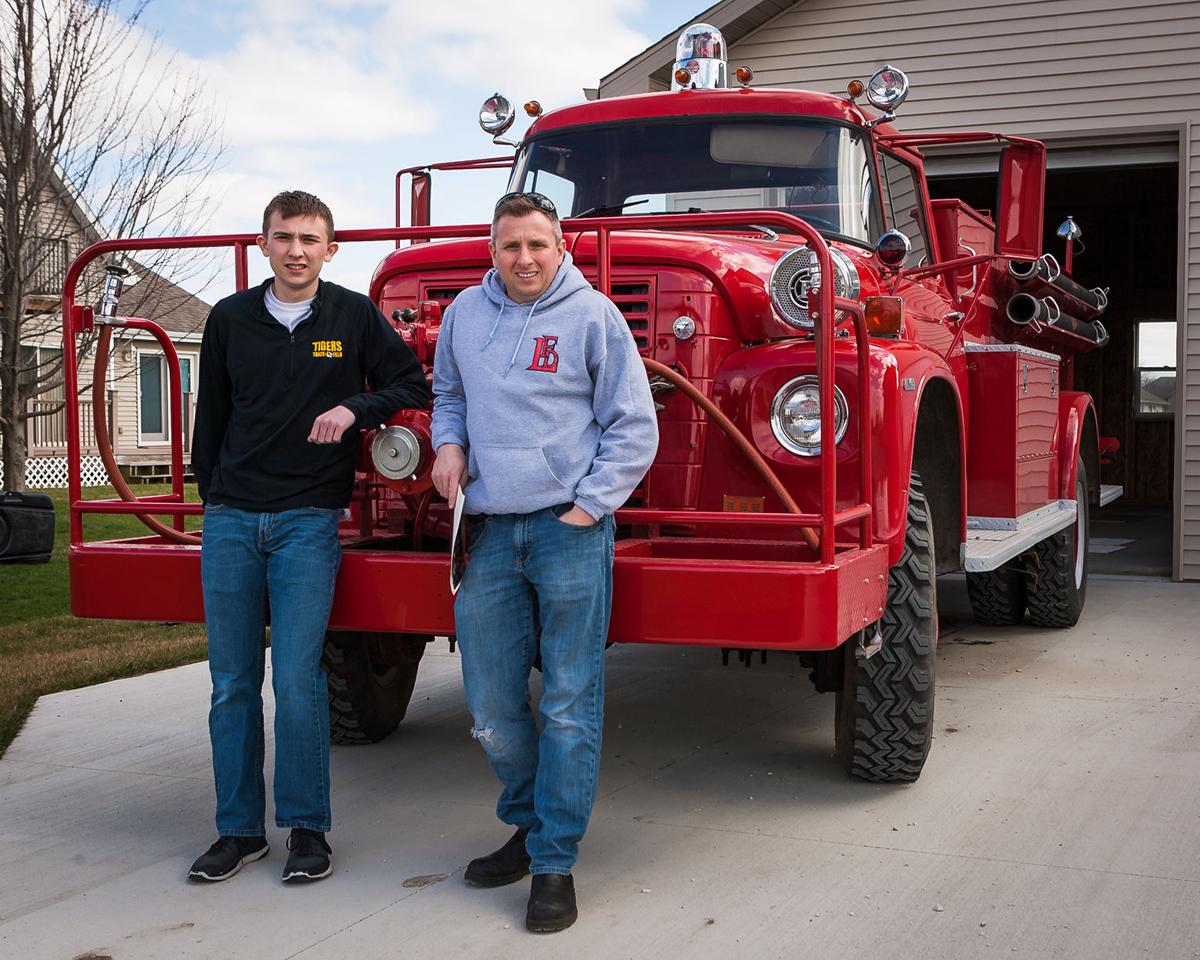 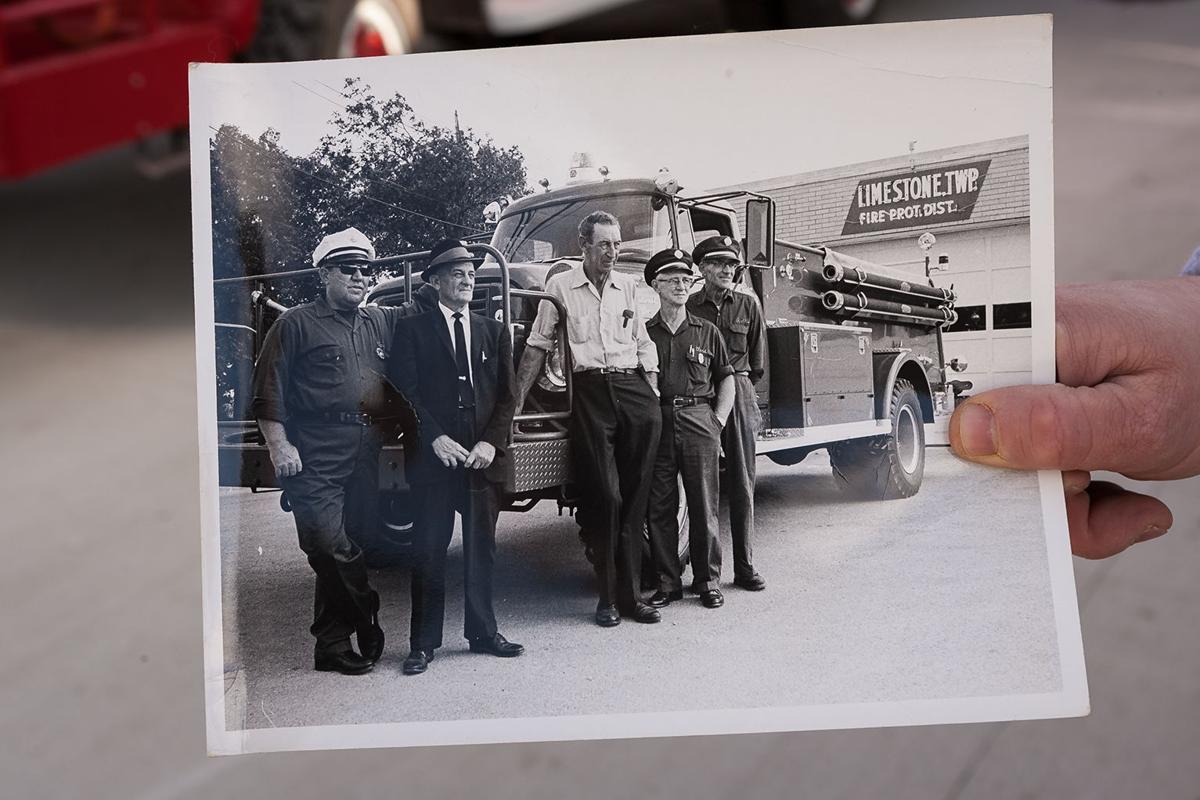 With four-wheel drive, the 1968 International Harvester Alexis was a game changer for the Limestone Fire Protection District in the late ‘60s. It enabled the department to enter fields to battle brush fires. Here is a picture taken by the Daily Journal after the department received the engine in 1968. 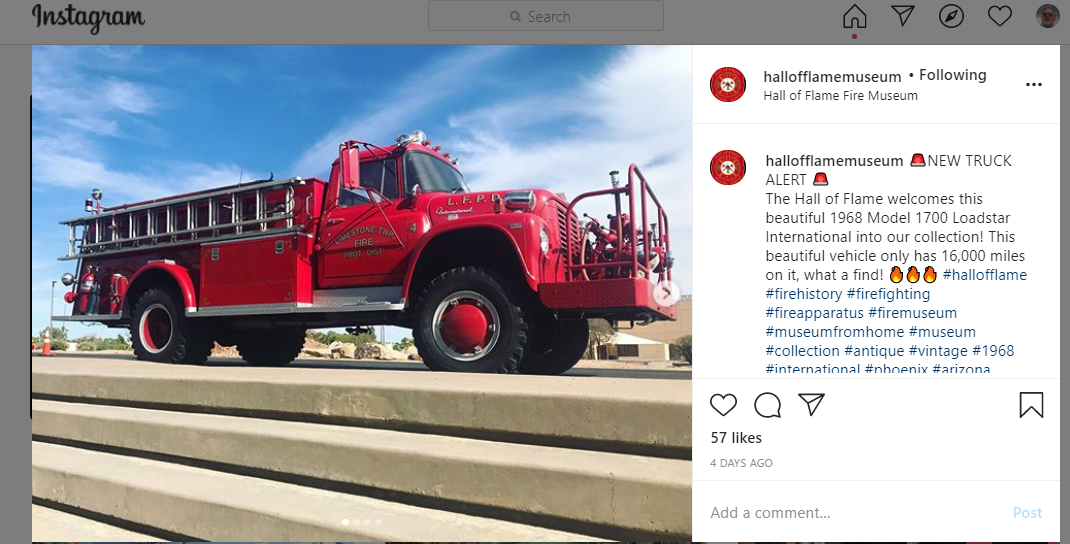 With four-wheel drive, the 1968 International Harvester Alexis was a game changer for the Limestone Fire Protection District in the late ‘60s. It enabled the department to enter fields to battle brush fires. Here is a picture taken by the Daily Journal after the department received the engine in 1968.

During a vacation to French Lick, Ind., Whalen paid a visit to the Plainville, Ind., fire department to see an old friend — the 1968 International Harvester Alexis engine Limestone sold to Plainville in 1991.

That engine was the second apparatus in Limestone’s fleet in 1968. It was the engine his father, Jerry Whalen, gave him his first ride on as a kid.

It was the engine he played on when visiting his grandfather Edwin Whalen at the firehouse. Edwin was the department’s first chief.

The engine was no longer in service and the Plainville chief said they were going to sell it. Whalen offered him $500.

Shortly after, he and a friend — Limestone Fire Trustee Steve Schultz — drove it back to Limestone on a flatbed.

Whalen and his son, Luke, restored the engine. After restoration, the first ride was reserved for Whalen’s father as a surprise on Father’s Day 2018.

It was then used for ceremonial functions in parades, visits to schools, weddings and funerals. It carried Jerry’s casket to the cemetery when he passed away in June.

Fast forward to October of this year. Whalen donated the International to the Hall of Flame Museum of Firefighting in Phoenix, Ariz.

“It is in its forever home,” Mike Whalen said.

The museum has 130 fire engines, but this is its first International.

Museum president Charles Montgomery learned about the engine through a magazine article.

Whalen said stories about the engine and its restoration were published in Vintage Fire Trucks and Equipment and Vintage Trucks.

“Charles is the retired fire chief of the Glendale, Arizona, Fire Department,” Whalen said. “He called me and said if I was ever interested in parting with it to call him.”

Before that conversation took place, Whalen talked it over with his wife, Jill, and Luke.

He thought about passing it on to Luke, with whom he has also restored cars.

“Right now Luke is in nursing school. It is one thing to take a car when you leave home. It’s another to leave home with a fire truck,” Whalen said.

Luke, who is a fourth-generation Limestone firefighter, and Jill were on board with donating the truck.

In June, Whalen called Montgomery, who traveled with his wife to see the International in person.

“He absolutely loved it,” Whalen said.

After giving retired Limestone firefighters and kids in his neighborhood rides, it was time to say goodbye to his childhood friend. Whalen also had current and retired department members sign the inside of one of the cabinet doors of the engine.

On Oct. 27, Whalen had one more ride in the engine, driving it up onto the transport truck.

His friend Matt Witovet hauled the engine to Phoenix.

During the two-day trek to the museum, wherever Witovet stopped people took photos. It included many firefighters, resulting in Witovet coming back with patches and other fire memorabilia.

The International was put into service right away. It was part of the museum’s Halloween event.

Whalen said he and Jill have plans to visit the museum in the future.

“It’s in a place where people interested in those things can enjoy it,” Whalen said.

“It’s in a place where people interested in those things can enjoy it."