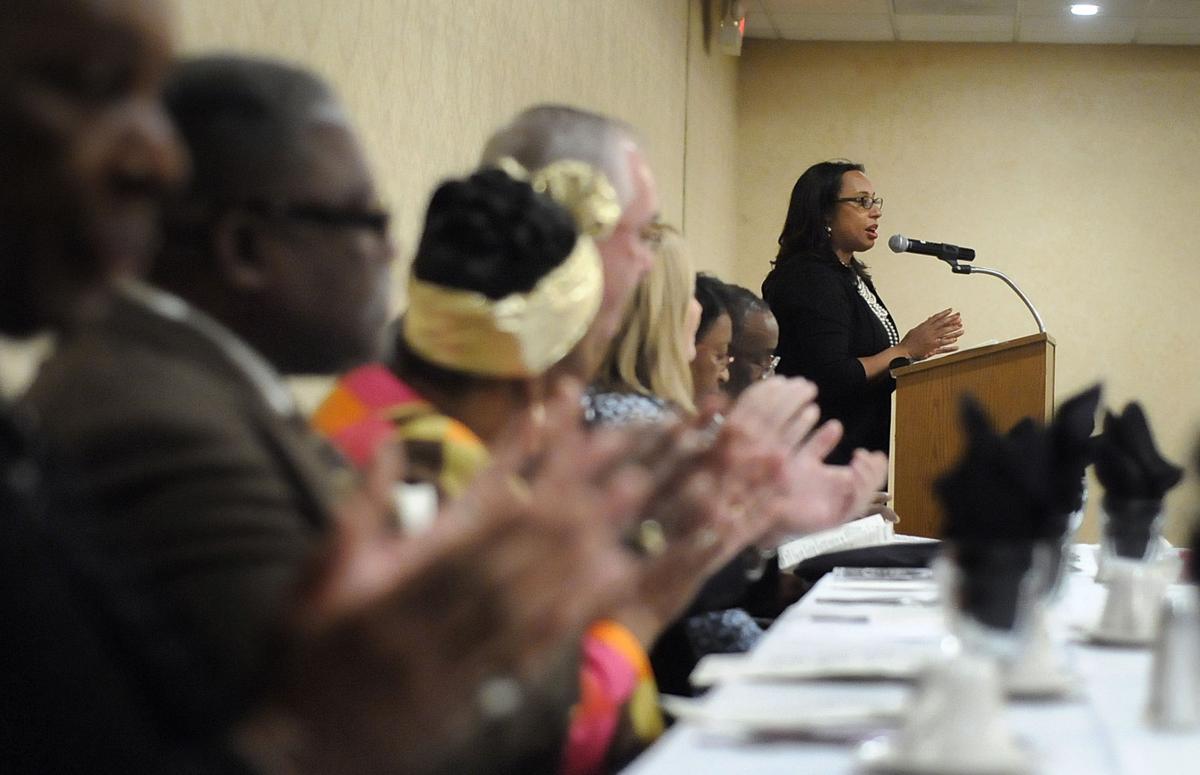 State Sen. Toi Hutchinson, D-Olympia Fields, has used her campaign fund to give herself a salary and rent an apartment in Springfield. She has been in the Senate since 2009. 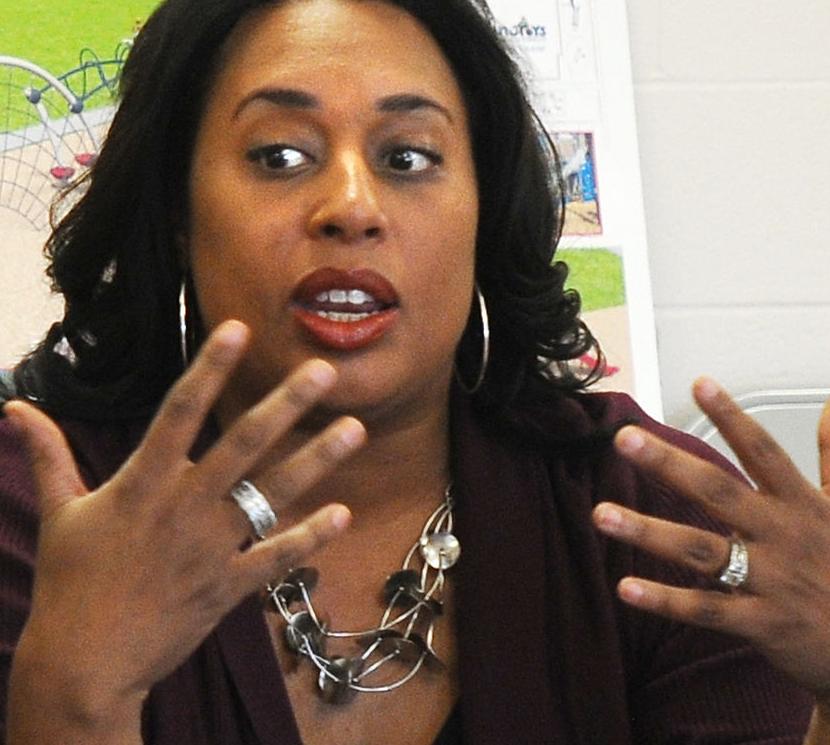 State Sen. Toi Hutchinson, D-Olympia Fields, has used her campaign fund to give herself a salary and rent an apartment in Springfield. She has been in the Senate since 2009.

Through her campaign account, state Sen. Toi Hutchinson has paid herself a salary and part of the rent for an apartment in downtown Springfield.

“During the budget impasse, Friends of Toi Hutchinson paid the senator a salary as state campaign finance rules and laws allow, and the campaign has not paid her a salary since,” her campaign treasurer, Ted Mason, said in a recent emailed response to Daily Journal questions.

During the two-year budget impasse that ended last summer, the state comptroller’s office delayed legislative salary payments by as late as seven months, but they eventually were paid. In 2013, then-Gov. Pat Quinn vetoed funding for legislative salaries, but a court overruled him a few months later.

According to Hutchinson’s reports, the senator never returned the salary payments to her campaign account.

State law lets candidates pay themselves salary from their campaign funds for “services actually rendered.” But a candidate cannot reimburse any expenditure that has been reimbursed by the state or any person — a practice known as double-dipping.

In a follow-up email, the Daily Journal asked Mason how the salary payments complied with state election law.

Responding on April 11, Mason said he had spoken with Hutchinson, and she provided a statement: “As a candidate, I performed campaign work, including but not limited to calls to supporters, organizing events, fundraising events and overseeing and organizing regional candidates and events. Payments for this work is allowed under election law.”

She added, “I understand the level of cynicism regarding public service. That’s why I always vetted any decision with ethics officers, my CPA and the election code.”

Asked why the campaign’s explanations for the salary payments apparently changed, Mason responded with a statement from Hutchinson on April 12.

“As you correctly noted, this decision was made when our paychecks were withheld. The subsequent response was an effort to address your inquiry and provide some detail of the work done under the category of ‘services actually rendered.’ It was not a loan. Based on questions to our ethics officer and consultation with the statutes in advance of making the decision to do that, we complied with election law regarding salary for services rendered to her campaign committee in compliance with state election law. I hope this clarifies things,” the statement said.

Last year, Hutchinson, whose district includes Kankakee County, made $4,200 in rent payments for the Springfield apartment. She paid $700 per month, which was listed as “partial” rent in her reports.

Hutchinson rents the apartment because “it is more economical than paying for a hotel room every night she’s in Springfield,” Mason said in the email. “The campaign pays for a portion of the apartment’s rent, and she personally pays for the rest.”

Under state law, a candidate cannot spend political money for any expenses related to a personal residence.

Ken Menzel, general counsel for the state Board of Elections, said a personal residence is considered the one in the lawmaker’s district, not a residence in Springfield. As for salary for legislators, he said his agency’s campaign disclosure division would have to determine whether such expenditures complied with the law.

As a legislator, Hutchinson is furnished an office in the state Capitol and money for a district office. She is entitled to a per diem of $111 per day while she is in legislative session in Springfield. In 2017, she collected $3,219 in per diem, representing 29 days, according to public records.

According to OpenTheBooks.com, Hutchinson’s legislative salary is $78,000. Legislators also receive health insurance and are eligible for pensions.

Hutchinson’s 40th Senate district is considered solidly Democratic. Because of that, Republicans do not see her district as a pickup opportunity and did not even bother to run a candidate against her two years ago.

Similar to most incumbents, Hutchinson, who was appointed to the Senate in 2009, raises money whether she is opposed or not. During the last five years, she has raised $840,000.

During that time, Hutchinson has traveled across the country, including in Florida and California. Her campaign made payments to hotels in Berlin and Amsterdam.

The listed purpose for most of her travel expenditures was her campaign for office in the National Conference of State Legislatures. Successful in her bid, she is now president-elect of the group, which is made up of thousands of state lawmakers. Her travel spending amounted to more than $30,000 throughout five years, according to her campaign reports.

Hutchinson is not alone in getting paid by her own campaign fund. In 2015 and 2016, Emil Jones, the former Democratic Senate president, was paid $72,000 for “consulting,” according to his campaign report. The Chicagoan left the Senate in 2009 with $1.2 million in his campaign account. He has been slowly spending it ever since.

‘Sets up a conflict’

Jay Young, political director for Common Cause Illinois, a watchdog group, said it concerned him that an official’s campaign account paid her salary and housing.

“In our state, money is power, particularly when it comes to our legislators,” Young said in an interview. “The reason we have an election code in place is to make sure campaign money is being used properly.”

When politicians spend campaign money “to supplement their lifestyle,” that hurts their credibility, said Kent Redfield, a retired political science professor at the University of Illinois in Springfield.

“If people contribute to your campaign and you take money from the fund, that becomes a question about where your loyalties lie,” said Redfield, who specializes in campaign financing. “When your lifestyle depends on taking contributors’ money, it sets up a conflict of interest. Are you representing your contributors or your constituents? If you become dependent on your contributors, then they have leverage over you.”

He said a legislator paying herself salary from her campaign fund raises doubts.

“The question is, is she being compensated twice? That’s really the issue. She is creating situations where there are questions,” Redfield said.

Sarah Brune, executive director of the Chicago-based Illinois Campaign for Political Reform, said the state election law is vague on how candidates can spend their political money.

“The state Board of Elections can be a leader in interpreting this,” Brune said. “It needs to be within the board’s power to provide clarity on issues of campaign expenditures and contributions.”

She said other lawmakers made clear they were taking out loans from their campaign accounts during the budget impasse, paying back the money with interest.

“Other legislators went out of their way to make sure their loans were all out in the open. That’s the kind of transparency voters want to see,” Brune said.

Under election law, people can file complaints about alleged election law violations with the state Board of Elections, which has the power to fine candidates.