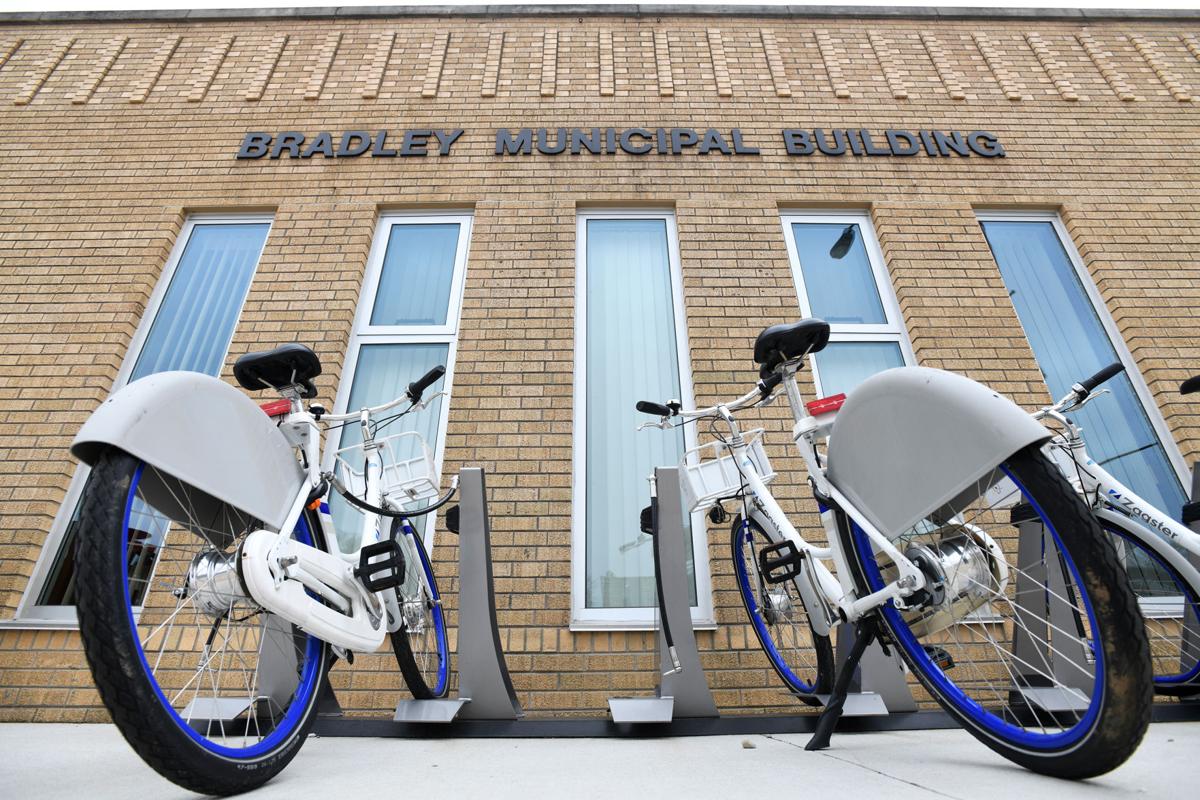 A rack of Zagster bikes sits ready for riders outside the Bradley Village Hall as part of the Kankakee County Convention & Visitors Bureau’s bike share program, Bike 609. The village is considering ending its participation at the end of the 2020 biking season. 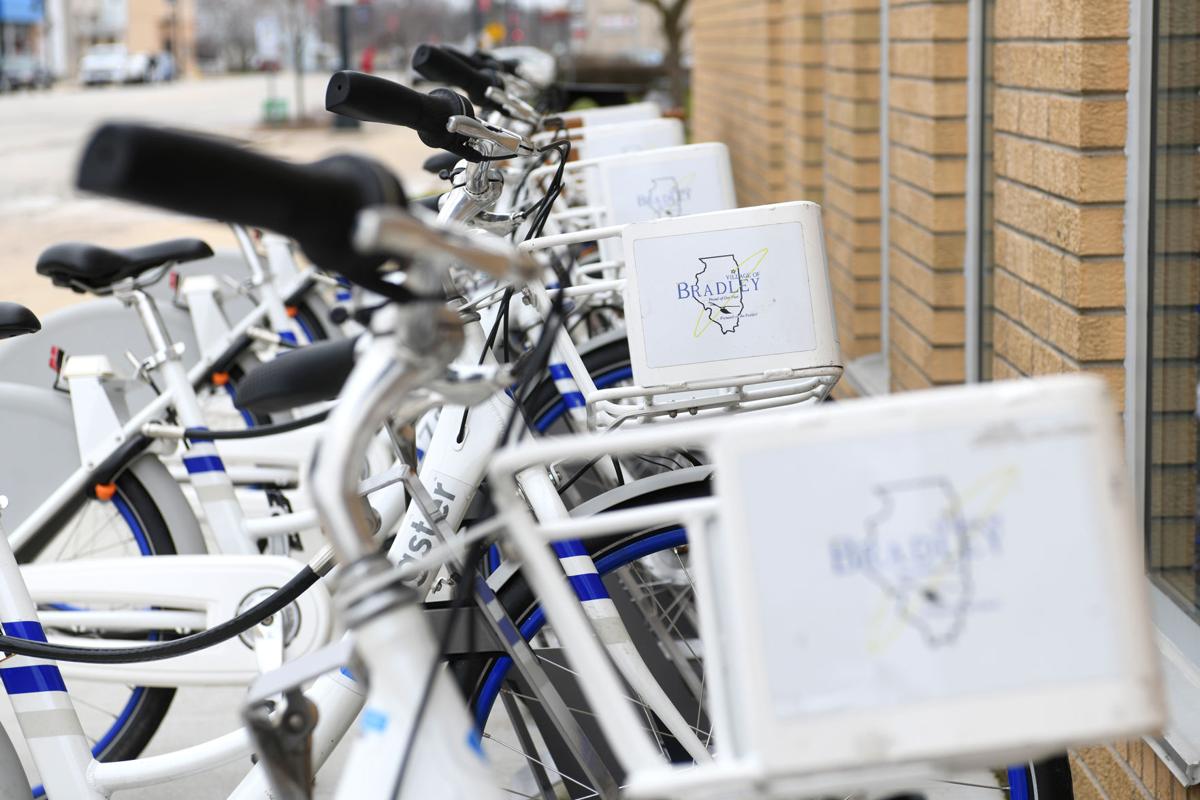 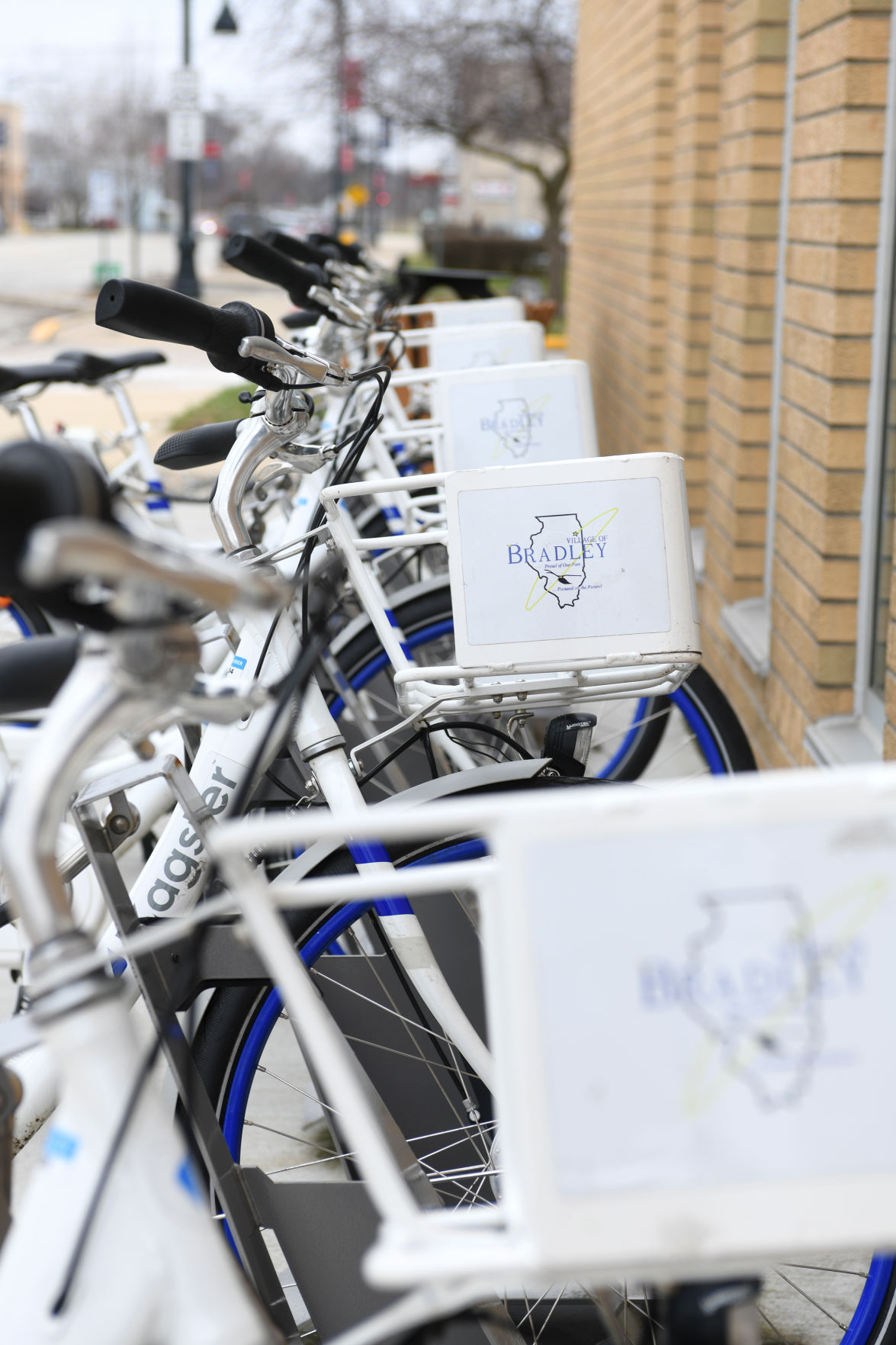 A rack of Zagster bikes sits ready for riders outside the Bradley Village Hall as part of the Kankakee County Convention & Visitors Bureau’s bike share program, Bike 609. The village is considering ending its participation at the end of the 2020 biking season.

BRADLEY — Could 2020 be the last year Bradley participates in the regional Bike Share program known as Bike 609?

The bike tires for the village appear ready to go flat as the village board considers ending its participation in the program.

Bradley is offering the Kankakee County tourism organization one final opportunity to address the village board and win them over in terms of financially backing for the organization’s area public bike program.

It appears the tourism organization is unwilling to address the board, however.

Bradley and the Kankakee County Convention & Visitors Bureau have been pitted in a stare-down, legal battle regarding the village’s participation with the organization and lion’s share of hotel taxes which the village provides to fund it.

However, the bike program, known at Bike 609, has two bike stations in Bradley — which cost village taxpayers $18,000 annually. Kankakee, Bourbonnais and Manteno each pay $9,000 for one bike station.

The village is considering ending its participation at the end of the 2020 biking season, which is set to begin April 1, because of the costs and rides taken.

To date, Kankakee, Bourbonnais and Manteno have expressed their desire to continue their participation for 2021, as have the other participating partners for the 11 bike stations, noted Staci Wilken, CVB executive director.

At Monday’s village board meeting, Mayor Pro Tem Mike Watson said the village will offer the CVB and Zagster, the organization which operates the bike program, a final opportunity to address the board and its new trustees on the benefits of remaining a part of the program. Watson instructed village administrator Catherine Wojnarowski to invite them to the April 13 board meeting.

The likelihood of the invitation being accepted appears remote.

Wilken said Tuesday the April 1 deadline is from Zagster, not the CVB. The CVB coordinates the bike program which began in July 2018.

She added the CVB has shared all Bike 609 information requested by Bradley. Wilken noted that if the village does not renew its Bike 609 agreement by April 1, the program will move on for the 2021 season without the village’s participation.

“We would be eager to have them. ... Bradley has two great locations and we know Bradley residents use the bikes. The ball is in their court,” she said.

At Monday’s meeting, Wojnarowski said in actual numbers, only 81 rides were started from the two village-sponsored bike stations, at the village hall and at Helgeson Park.

Rob Romo, village finance director, said that equates to about $220 per ride. He said that figure seems rather expensive. Romo said it would cheaper for the village to buy its own bikes versus leasing through Zagster.

To be fair, the bike program has never been intended to be a revenue generator.

Watson, however, said there are many questions which the village board will like to pose to those coordinating the program. He said many of the board members have been on the board for less than a year and are not familiar with Bike 609.

“They deserve an opportunity to ask questions and get information from Staci herself. If they don’t present to the board, it sends the signal they are not interested” in Bradley, he said. “Hopefully, she has the facts and figures the board would like to hear.”