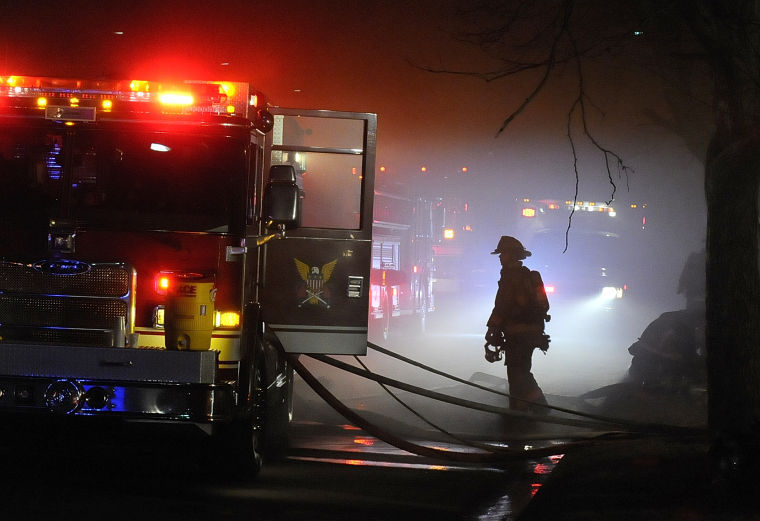 Kankakee firefighters respond to a fire in 1070 east Court Street in Kankakee in March. 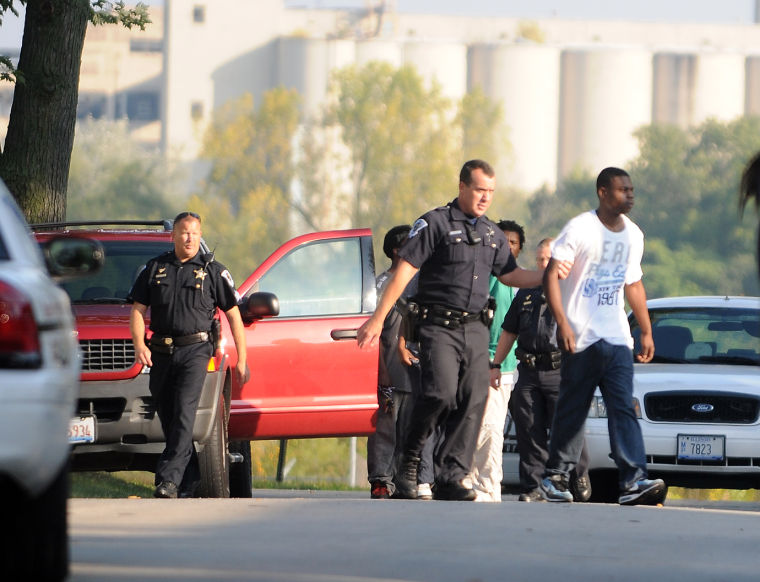 Kankakee police detain an individual near the scene of a shooting that occurred near the 1300 block of E. Chestnut St. on Friday morning.

Kankakee firefighters respond to a fire in 1070 east Court Street in Kankakee in March.

Kankakee police detain an individual near the scene of a shooting that occurred near the 1300 block of E. Chestnut St. on Friday morning.

Nearly a dozen Kankakee city jobs will be cut or not filled this year after the city proposed deep cuts to its budget. The $22.5 million spending plan — more than $550,000 less than last year's — was unanimously passed by the Kankakee City Council's budget committee on Monday and would push the fire department to its lowest manpower level in 10 years.

Four spots there will go unfilled as will at least one in the police department.

With the loss of $2.4 million in sales tax sharing agreements, the new budget would also cut four non-officer positions in the Kankakee Police Department, two code enforcement officers and the elimination of the personnel department.

The city is one the first local unit of government to drop the ax on public safety, but it won't be the last. Kankakee County is cutting probation officers, prosecutors and possibly sheriff's deputies and jail guards.

The city's budget also includes new taxes and fees, including a $10-per-month public safety fee and a $40 vehicle sticker tax. Those are projected to bring in more than $1.2 million per year.

As a result of the cuts, the city will have 141 employees it pays through its "general fund," down from the 153.

Mayor Nina Epstein said she would not be taking a pay hike and each of the 14 elected city council members can turn down their cost-of-living raise as well.

Personnel director James Gordon's salary was $78,082. He will retire Oct. 1, meaning the savings from that move will be $38,000. Gordon has been with the city for approximately 25 years, the mayor noted. Epstein said Gordon's duties would be mainly picked up the administration's law department.

"This is strictly a financial decision. James's performance was exemplary," Epstein said. "We couldn't afford a personnel department or a director any longer. It's not a core service."

Epstein said money will also not be available to aldermen wishing to attend Illinois Municipal League conferences. Aldermen will also have to pay for their own business cards and stationary.

The proposed budget is slated to be approved at the full council's June 2 meeting.

Epstein said the city is not unlike so many private businesses which have been forced to cut staff to deal with rising costs.

"Revenues are not keeping up with our expenses and we don't have anything to sell to raise money" like a business, she said.

Residents will begin to pay for the $10 public safety fee with this month's water bill. The vehicle stickers will be available for purchase May 28 in the lower level of the Kankakee administration building.

It must be displayed by July 1.

Oh please, CRY me a River will you, People are fed up with being beaten over their heads to cough up more tax money only to see it squandered without a care. Time for govt. and our politicians to start to feel the pain that the rest of us have had to endure because of their complete and utter stupidity. I just Hate whiners, suck it up and quit sniveling! Politicians love to make every problem into a emotional crisis of Doom and Gloom, the World is coming to a End! Hello, how about our moron politicians STOP spending $20 Grand a month against the people's wishes to bring a mountain of Chicago garbage here to Kankakee. Turn all of those fancy govt. vehicles with gas cards in that all of the so-called essential people must have, normal people have to use their own personal vehicles for work. Of course we don't wish to talk about things like that do we? Just keep pushing the World's coming to a End fear mongering. I don't believe one word from our clueless politicians that they are serious about cutting anything. We have been lied to way too many times and it is only getting worse. How are the Lies coming along on getting the courthouse rammed past the taxpayers, inquiring minds would like to know?