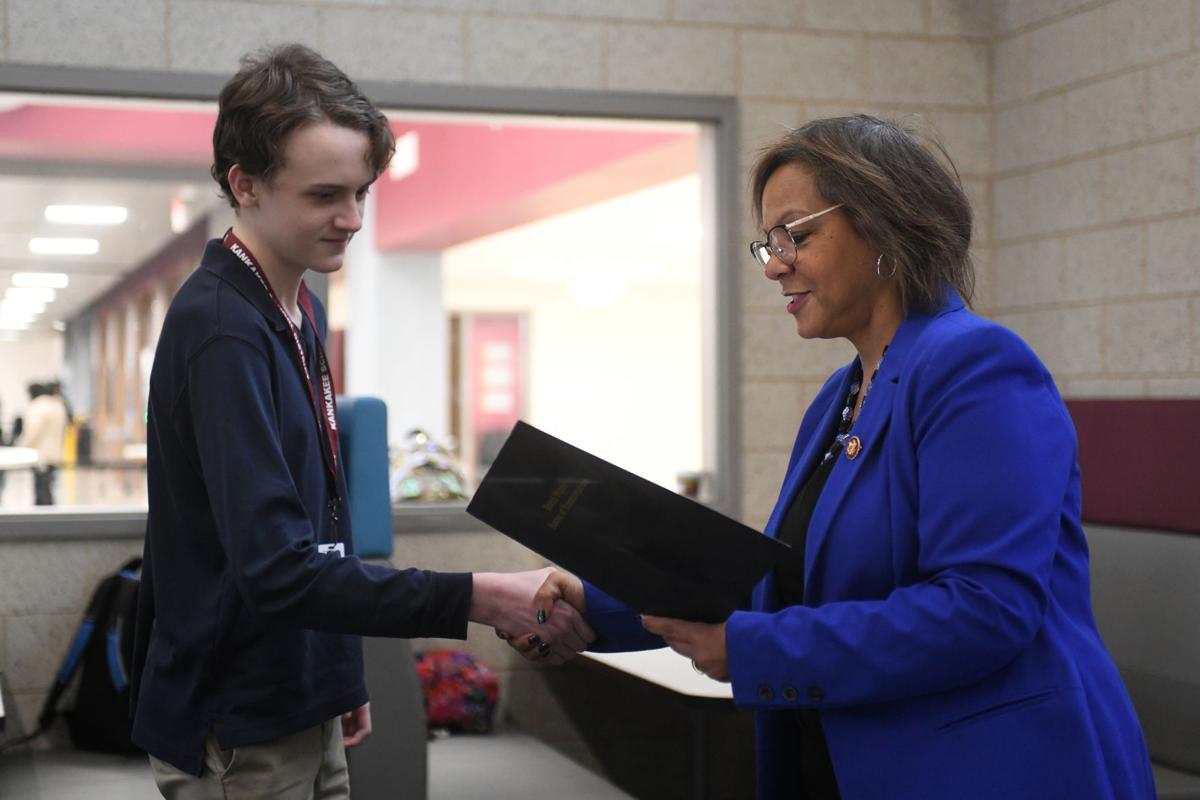 Kankakee High School freshman David Love accepts a letter of recognition from U.S. Rep. Robin Kelly for his project that won the 2019 Congressional App Challenge for Illinois’ 2nd Congressional District. More than 2,000 apps created by more than 10,000 students were submitted to the competition nationally. 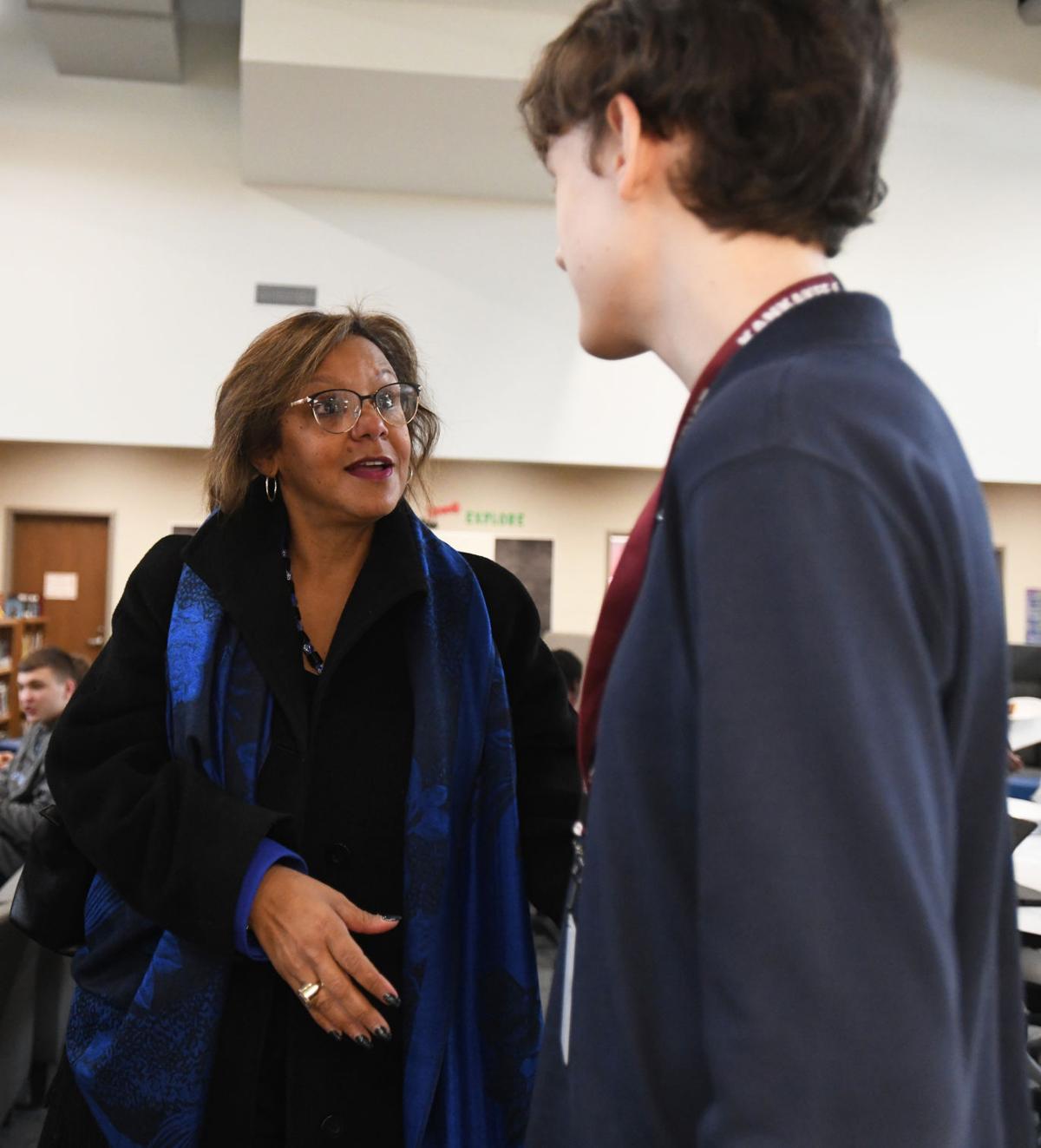 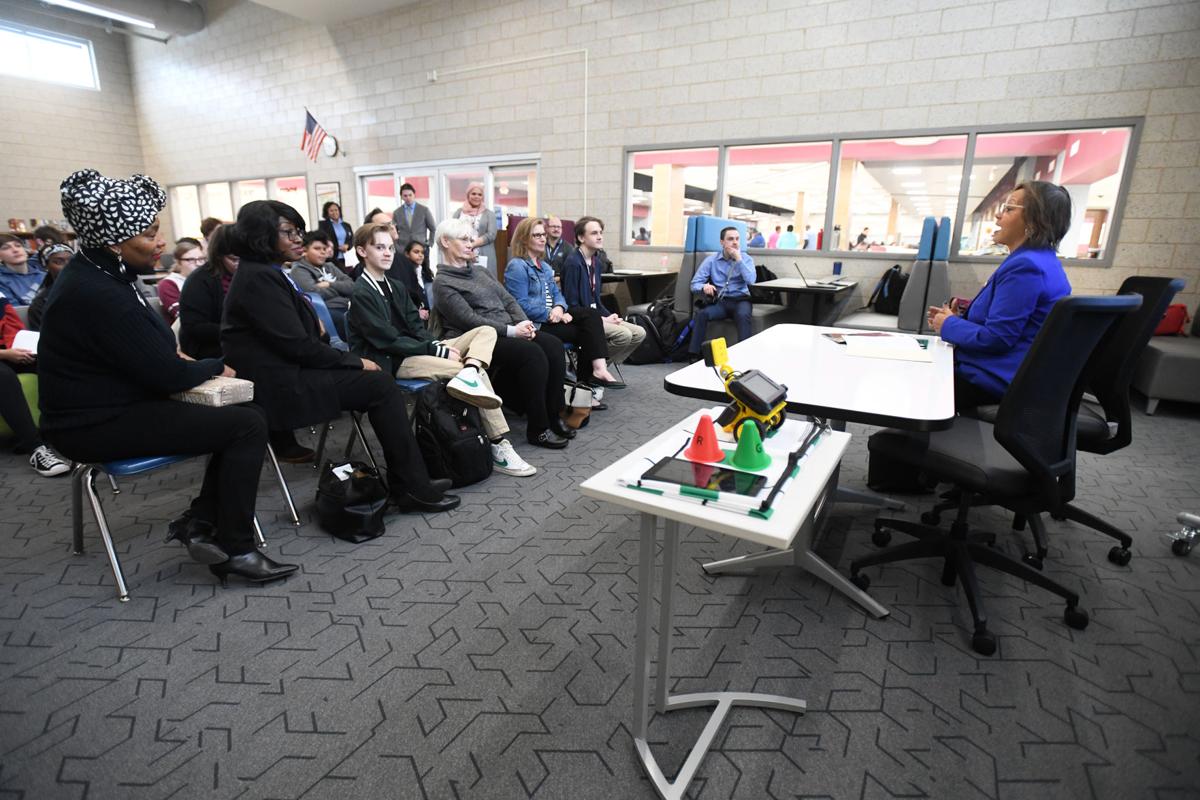 Kankakee High School freshman David Love accepts a letter of recognition from U.S. Rep. Robin Kelly for his project that won the 2019 Congressional App Challenge for Illinois’ 2nd Congressional District. More than 2,000 apps created by more than 10,000 students were submitted to the competition nationally.

KANKAKEE — Signing into a website for banking or any other online service can feel like a gamble, as hackers continually get more advanced in their pursuit of users’ sensitive personal information.

There’s an app for that.

“I thought about submitting maybe a game or something,” Love said. “But I decided that this was a bit more [relevant] and that this made more sense in the real world.”

As one of the challenge winners, Love will travel to Washington, D.C., during his spring break in March for the #HouseofCode conference where he will demonstrate his app for technology professionals and Congress members.

Love said he spent about seven months working on the app, both on his own time and during his elective computer science class.

“I needed a summer project, so I was prototyping this stuff before I even knew about the challenge,” he said.

Love said he picked up the skills to create the app using Microsoft’s website, YouTube and other online tutorials.

“The internet is a great tool,” Love said.

Janelle Scharon, Kankakee High computer science teacher, said that giving and receiving online feedback from participants in other districts was a valuable part of the contest.

“Part of the Congressional App Challenge was being able to state [the app’s] purpose, its value, not just to yourself, but also what would it look like to have another person actually use it,” she said.

“He is self-taught, which I think is really impressive,” she said. “Putting him in the structure of a class where he could explore opportunities with that was a big deal for him.”

Love said developing a security-based app was challenging and frustrating at times.

“I almost quit on this app over 10 times,” he said. “Security is really hard to do because there’s always a hacker out there who wants to break your system. There’s always someone looking for an exploit, wondering what can I do to break this and then steal all that information.”

The moment the project succeeds is worth the difficulties, he said.

Love said he did not think he would win the contest, but he entered at the recommendation of his teacher. He is pleased with the outcome, however, because it could be a plus when it is time to apply for colleges.

Love is considering studying computer science or political science and law. His other hobbies include participating in chess tournaments, playing video games, and playing piano and clarinet in the Kankakee Valley Youth Symphony Orchestra.