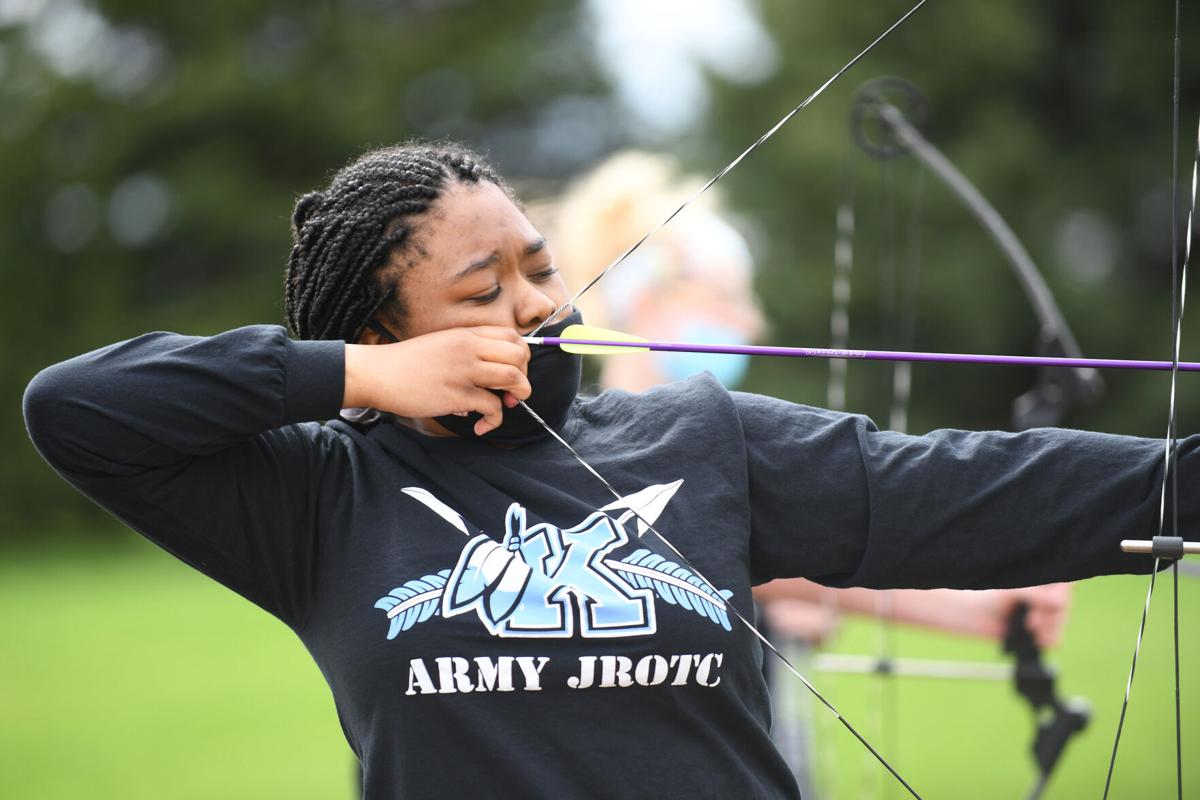 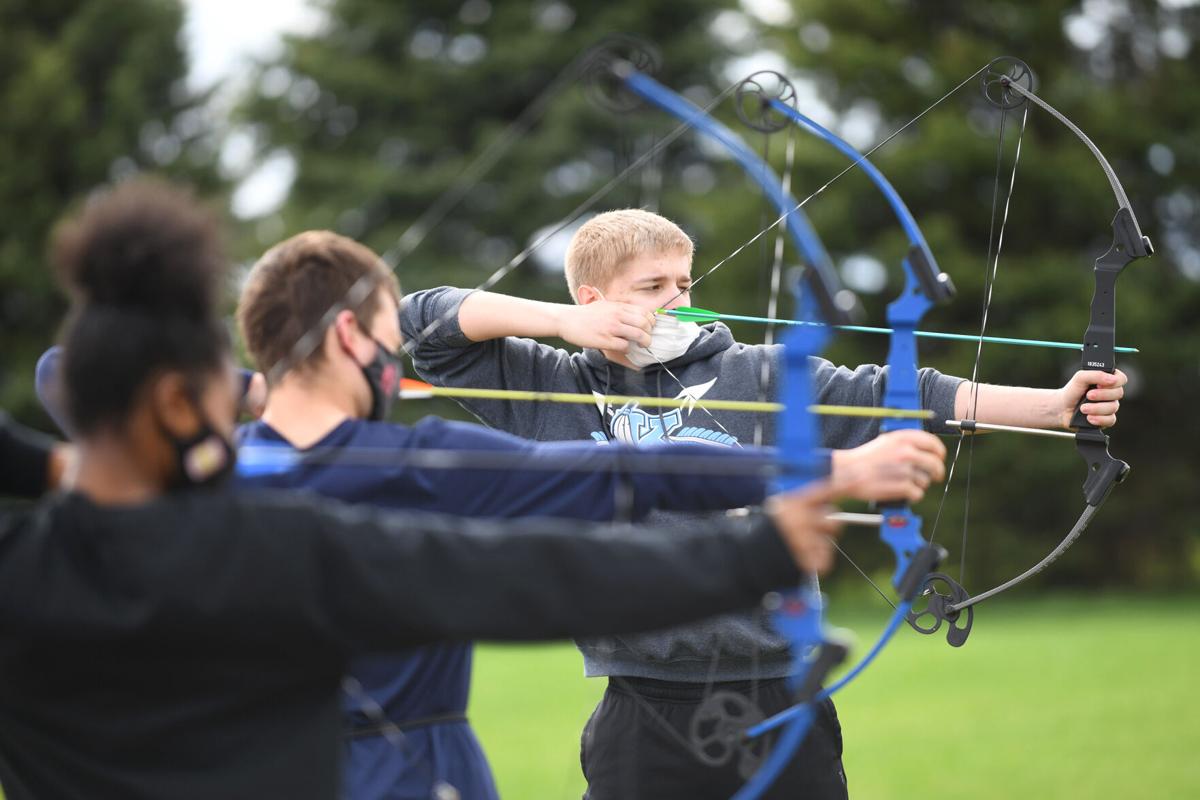 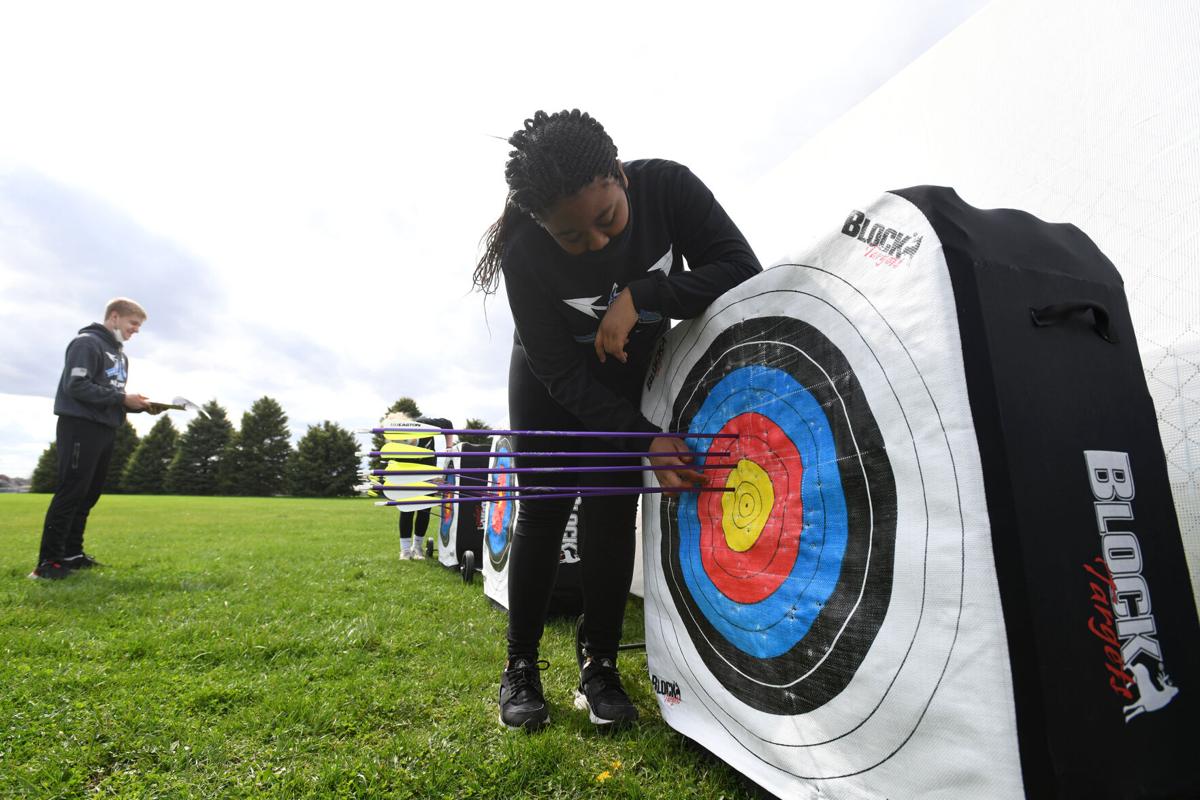 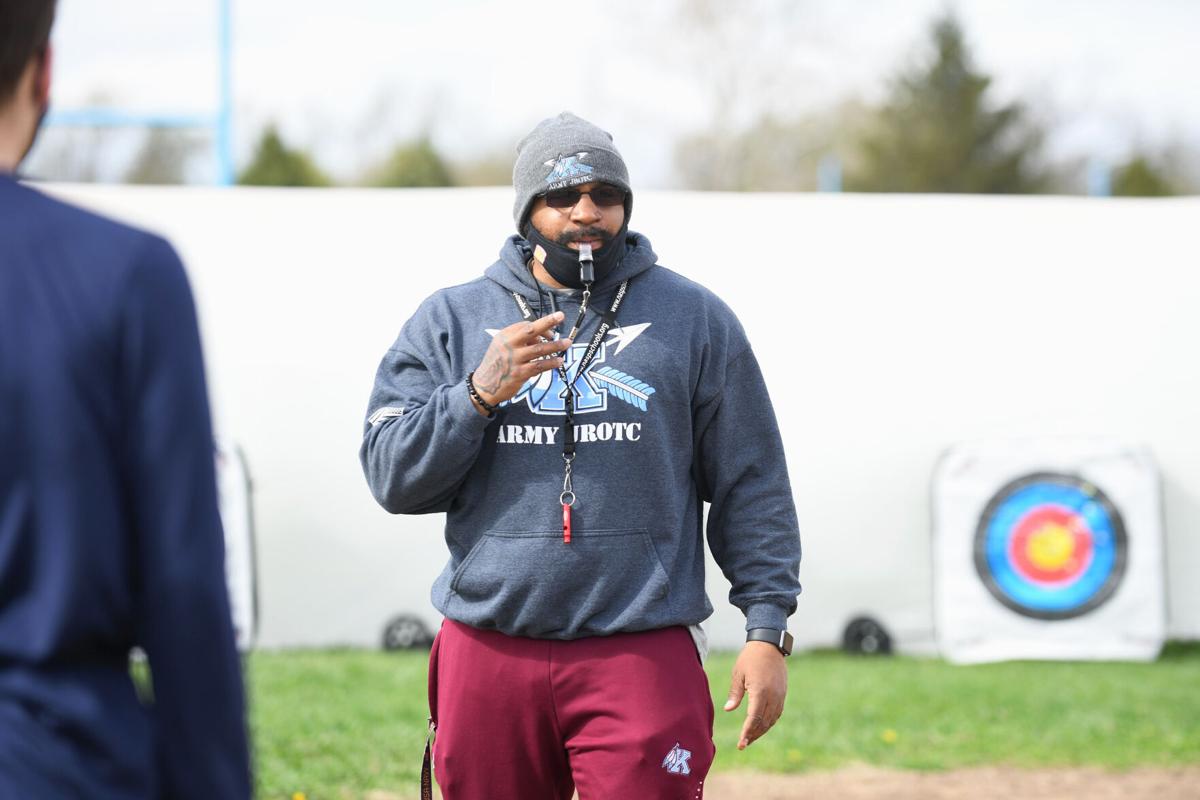 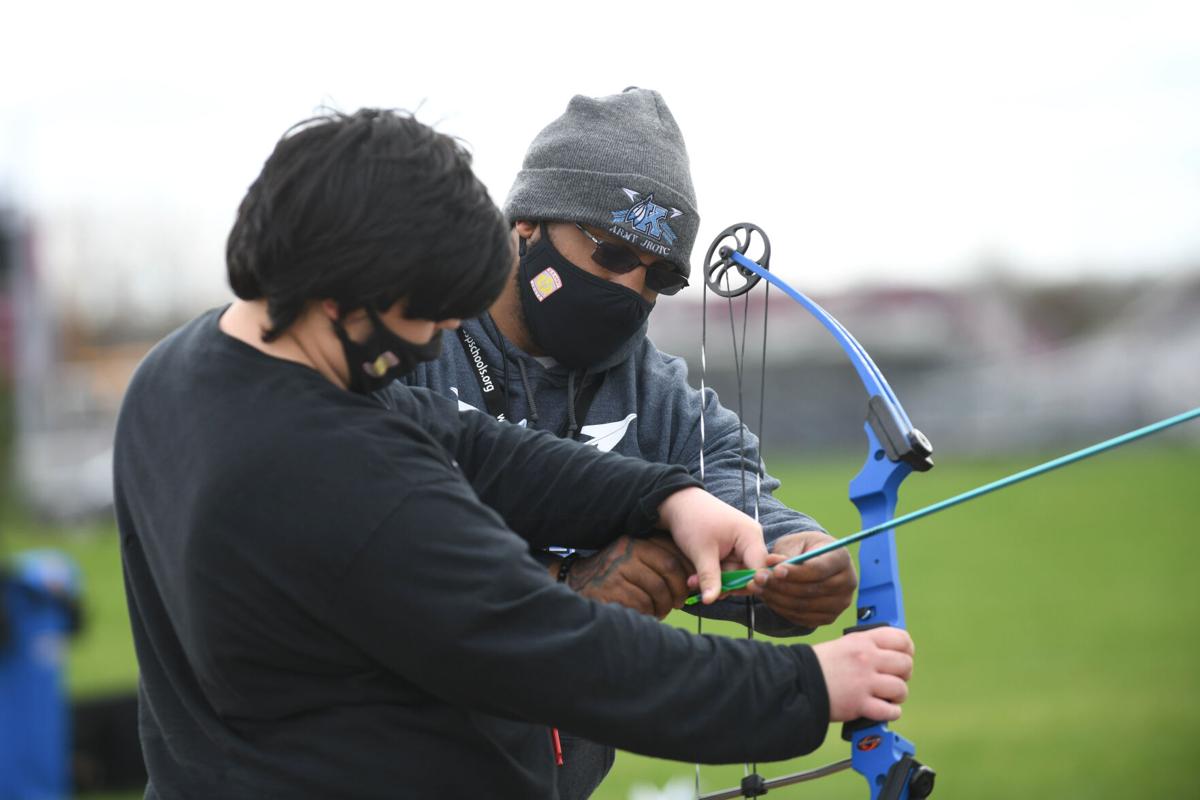 KANKAKEE — When Greg Murphy decided to add archery onto his coaching repertoire this school year, it was one of few sports he did not have a background in.

So he got certified in the art and skill of shooting arrows with a bow and brought the proper steps and techniques back to the cadets in the Kays Battalion JROTC program.

He said that at first, he thought shooting a bow would be like shooting a weapon in the military, but he soon picked up the differences and learned the 11 steps to shoot in archery.

“Using the 11 steps, your confidence goes up and you start hitting the bullseye,” he said. “That’s when the fun starts.”

As JROTC is still in its first year in Kankakee School District 111, the archery team started out with six members. It has since grown to 16.

The original six team members are known as “blue arrows;” these students are team leaders and help demonstrate techniques to new members. They will also have a role in helping younger cadets next year when JROTC opens up to junior high students.

Once another six members had joined, the students came up with the name “Hawkeyes” to refer to the entire team. Membership continued to grow from there.

The Hawkeyes are currently practicing archery on Mondays, Wednesdays and Fridays.

“It’s all about repetition,” Murphy said. “Everything is put together right now. Hopefully next year we are going to be shooting every day.”

This month the team started to participate in its first competition, the NASP 2021 St. Jude E-Championship Charity Tournament, which continues through May 8.

Scores range from 0 to 10 based on where arrows land on the target, with a 10 earned from hitting the bullseye.

Murphy said students did well in the first event of the tournament, with five out of 12 students scoring over 200. The maximum score is 300.

Only one student, freshman Starlynn Ingrum, had archery experience prior to joining the team, Murphy said. She scored 172 in the first event.

“We’re getting our scores up there,” Murphy said. “They are improving every time they are shooting.”

Anisha Pore, a junior blue arrow and the first left-handed shooter to join the team, said she was excited to learn how archery works.

“Being in ROTC, it’s like whatever they bring to us, it’s a challenge,” she said. “And you’re able to either participate in it and challenge yourself, or you can sit back and learn from how other people do it.”

Trezure Norals, a junior blue arrow, added that seeking feedback from her teammates has helped her to improve.

“Before, I thought I couldn’t shoot well because I missed the target multiple times, and I bruised my arm from overthinking about where I should hit on the target,” Norals said. “Over time, it helped asking the other cadets for help or one of my blue arrows to help me actually hit the target. Ever since then I’ve been hitting bullseyes.”

As JROTC is still in its first year in Kankakee School District 111, the archery team started out with six members. It has since grown to 16.

The Kays Battalion JROTC has had a strong start in its first year at Kankakee School District 111 despite the pandemic’s interference in school activities, but that’s not all program leader Lt. Col. Maria Emery has accomplished as of late.

More than 70 students have signed up for Kankakee High School's new JROTC program.

After year of cancellations, prom nears for KHS students

Prom is back on for Kankakee High School juniors and seniors following the year of COVID-19 cancellations, and organizers are working to make the night special as the May 22 date approaches.