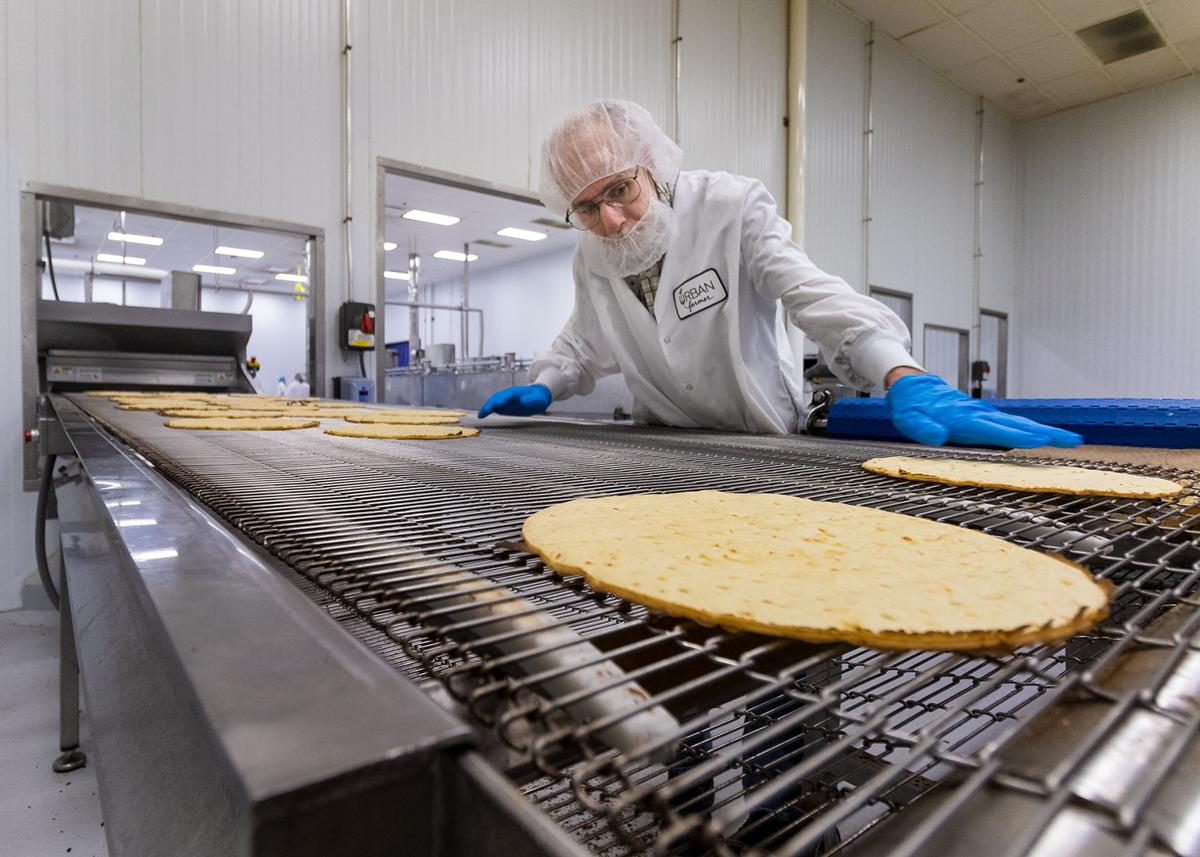 Todd Welch prepares pizza crusts to be frozen at Urban Farmer. The Daily Journal has named Urban Farmer the recipient of the Innovator in Manufacturing Award for this year’s Progress Awards. Urban Farmer produces eight varieties of gluten-free pizza which now can be purchased in numerous grocery stores, including locally at Jewel and Berkot’s. 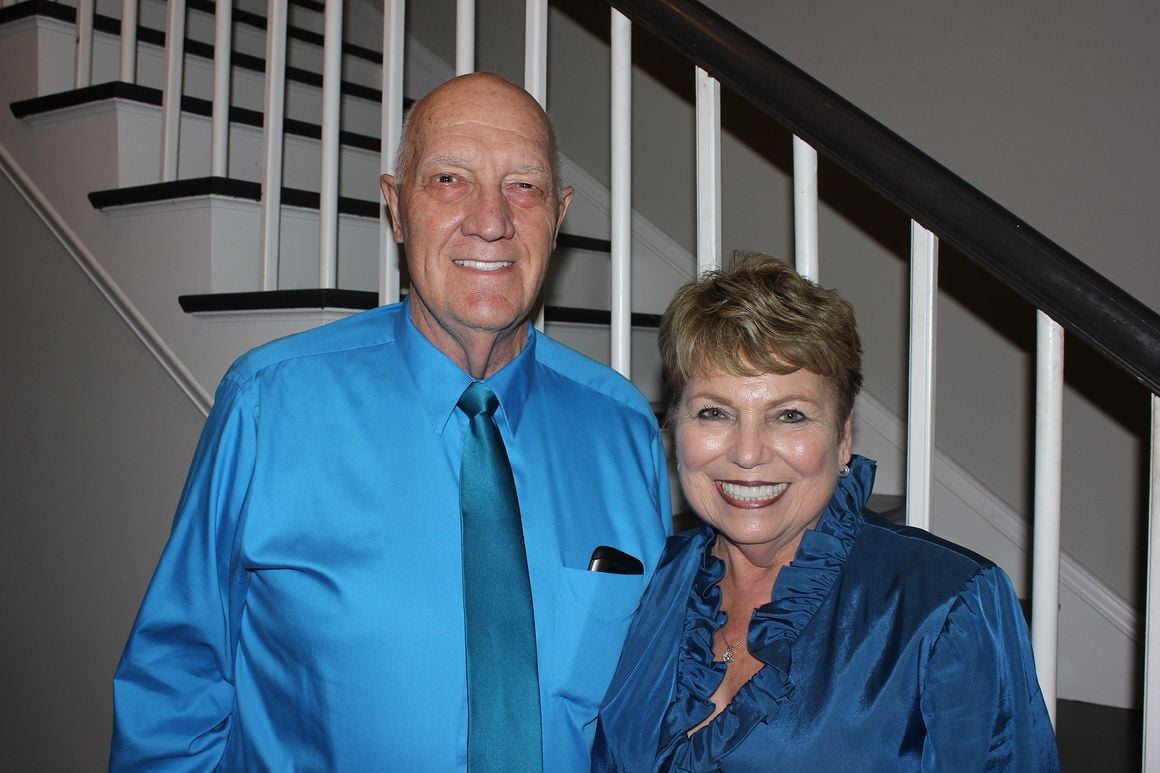 Todd Welch prepares pizza crusts to be frozen at Urban Farmer. The Daily Journal has named Urban Farmer the recipient of the Innovator in Manufacturing Award for this year’s Progress Awards. Urban Farmer produces eight varieties of gluten-free pizza which now can be purchased in numerous grocery stores, including locally at Jewel and Berkot’s.

To many American consumers, the term “gluten free” has a double meaning.

While food items devoid of gluten are healthy to consume and also vital to those who suffer from celiac disease, they also are viewed as being devoid of any type of taste or flavor.

At Manteno-based Urban Farmer, those who operate the growing business clearly were aware of the dilemma, and it was foremost in their minds as they explored the idea of producing a line of frozen pizza products.

“People think they’re giving up so much with gluten-free products,” Urban Farmer general manager David Foran added. “They might eat it one time. The repeat sales are the biggest hurdle to clear.’’

How was the hurdle cleared? Through more than just a bit of ingenuity.

Since gluten is ever present in the wheat which most typically forms the crust of a pizza, other alternatives were sought. Those alternatives have come in the form of broccoli, cauliflower, sweet potatoes, sun-dried tomatoes and other vegetables which are used as crust substitutes.

The idea has caught on, as Urban Farmer now produces eight varieties of pizza which now can be purchased in numerous grocery stores, including locally at Jewel and Berkot’s.

The dramatic growth of the company, which is further illustrated by a workforce expansion of 50 employees to 400 in a mere few years, is a prime factor behind Urban Farmer being named Innovator in Manufacturing by the Daily Journal as part of its annual Progress Awards.

At Urban Farmer, those who perform the work are viewed as more than just employees, and are called team members. An emphasis on developing and maintaining a positive culture is evident, and it begins with founding partner Warren Ouwenga, and his wife, Sharon.

Both are friendly and unassuming, and make everyone from a new employee to a visiting reporter feel welcome. They are committed to running a family-oriented company with Christian principles, and reinforce that priority through their daily interaction with all involved.

There are a lot more people involved these days. Urban Farmer purchased the former Merisant plant on Boudreau Road and opened it for production last fall. It already had a production facility in place on Mulberry Street.

Between the two locations, several hundred people now work, and that number is expected to only grow as the search for more employees is ongoing.

Many of the new team members find themselves at the former Merisant plant, where additional production lines are being added to complement the lines already in use there.

The same terminology applies to the work shifts, as there are four in place and operations continue around the clock.

The 24/7 timeframe hardly applies to pizza production, though. A tour of the facility provided an up close view, which revealed a pizza crust can be produced in less than three minutes.

It starts as a portion of dough is flattened and sent through the oven to cook on high heat. From there, it goes through the cooling process which converts the crust from piping hot to frozen in a matter of moments. Toppings are added later.

The toppings and crust combine to produce a tasty item that would surprise many. A sample of the BBQ chicken variety with a sweet potato crust was served the day of the tour, and it didn’t last long as the guests gladly indulged.

The air pockets, which appear in the crust of the pizza, were proudly pointed out, and cited as a key factor behind the appealing flavor.

“No one else can do what we do with our air pocket crust,” Sparrow said.

Why didn’t one of the nation’s larger pizza producers embrace the idea?

John Geocaris, Urban Farmer’s business commercialization specialist who has “been in pizza all my life,” thinks he knows why.

“They looked at it as being too small, too specialized and too niche,” he said.

Now, Urban Farmer products sit right next to those competitor’s items in the freezers of grocery stores. Urban Farmer had them placed there rather than in the gluten-free section for strategic reasons, as it would increase exposure.

While the recent introduction of the pizza line has brought greater recognition to Urban Farmer, it continues to perform other work, such as supplying companies with the necessary items to produce their own products. While you won’t find it by reading the label, products containing ingredients from Urban Farmer can be found in most every grocery store in America.

What’s next? Various ideas are being entertained, including a line of veggie-infused tortilla chips. One thing is for sure. Urban Farmer is not willing to rest on its laurels.

“We have a lot of different opportunities,” Sparrow said. “You’re only as good as your last day.”