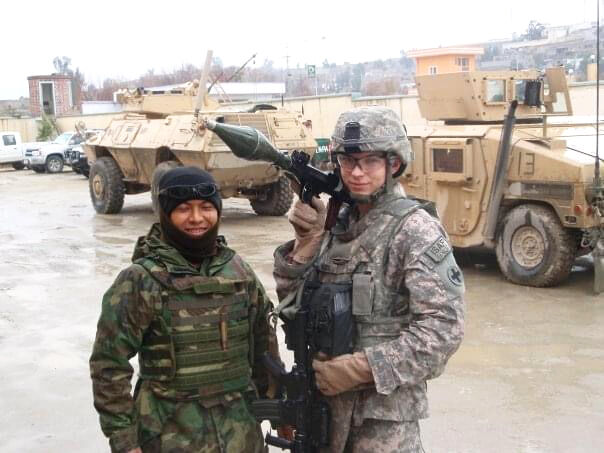 Shea Nanos, right, poses with an Afghan soldier while serving in Afghanistan. His experiences there have had long-term impacts on him. READ MORE. 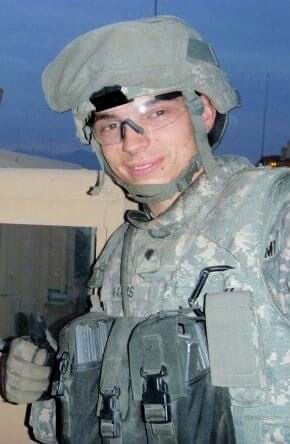 Shea Nanos, right, poses with an Afghan soldier while serving in Afghanistan. His experiences there have had long-term impacts on him. READ MORE.

BRADLEY — Shea Nanos, like nearly every U.S. citizen, remembers where he was when he heard the news that the north tower of the World Trade Center complex had been struck by a commercial airplane.

He had just started his freshman year at Bradley-Bourbonnais Community High School. He was seated in a health class when news began to swirl of the events taking place in New York City.

Televisions were brought into many classrooms so students could witness the tragedy, and the history, unfolding before them.

“The rest of the day I would describe as eerie silence,” the now 34-year-old Bradley resident said. “It was crazy.”

For Nanos, that day’s events changed the trajectory of his life — just like it did for thousands of other young men and women.

Basically, Nanos explained, the decision to join the U.S. Army may not have been determined on that day, but the seed for the eventual decision was planted.

Fast-forward from that sunny, late summer day of 2001 to a few years later and Nanos was signing his name on the dotted line as he committed himself to the U.S. Army.

In 2008, he was deployed to Afghanistan for the first of his two tours of duty there. The second “tour” was actually with a private security firm called Triple Canopy of Reston, Va. Nanos worked for the security company in 2012 and 2013 following his tour with the Army’s C Company 1/178th Infantry.

Watching America’s rushed withdrawal from Afghanistan these past weeks has left Nanos — as well as perhaps millions of others — wondering what was accomplished in 20 years of war since the terrorist attacks of 2001.

The lives of thousands of servicemen and women — as well as their families — have been forever altered. But, in the end, what has been accomplished?

“It’s crazy. In a matter of two weeks, everything we had done all went away,” he said. “I did not like the way our troops were taken out. This could have been handled in a better way, like a more gradual pullout. ... It’s like it was all for nothing.”

Perhaps not nothing, he quickly followed. He said for at least 20 years the people of Afghanistan were allowed to experience freedom, and Afghan women were not forced to live as second-class citizens.

“I watched as they enjoyed freedom. They now know what freedom was and they wanted to experience it,” he said. “Freedom is powerful, beautiful and earned.”

But he certainly has sadness because he knows thousands of Americans and Afghan people bled for freedom that is now lost.

In his time of service, he experienced pain himself and recalls fear from being on patrol in dangerous situations. He said it’s hard to get out of living in such an environment unscathed, and he didn’t. Nanos has been diagnosed with Post Traumatic Stress Disorder.

“Looking back, I saw so many bad things,” he said. “So many people tell me I’m so lucky to have gotten out.”

For now, he works at the Bradley Post Office to keep himself busy. He also works to control his anger.

He takes nothing in life for granted as a result of his experiences, and for that, he is grateful.

Asked if he could go back to that health class and again watch those images being broadcast from New York, would he have done anything differently? The now father of two young boys doesn’t offer a moment’s hesitation.

“I would do it all again without even thinking about it,” he said.

Another way of life

Shea Nanos vividly recalls times when he and fellow soldiers were greeted by Afghan children while out on patrol.

"They always asked us for ink pens," he said. "You know, we take so much here for granted and all they wanted was a pen. 'Mister. Mister. Pen,'" he recalled. "I don't even know if they had paper to write on. It was just the look on their faces when they got something."