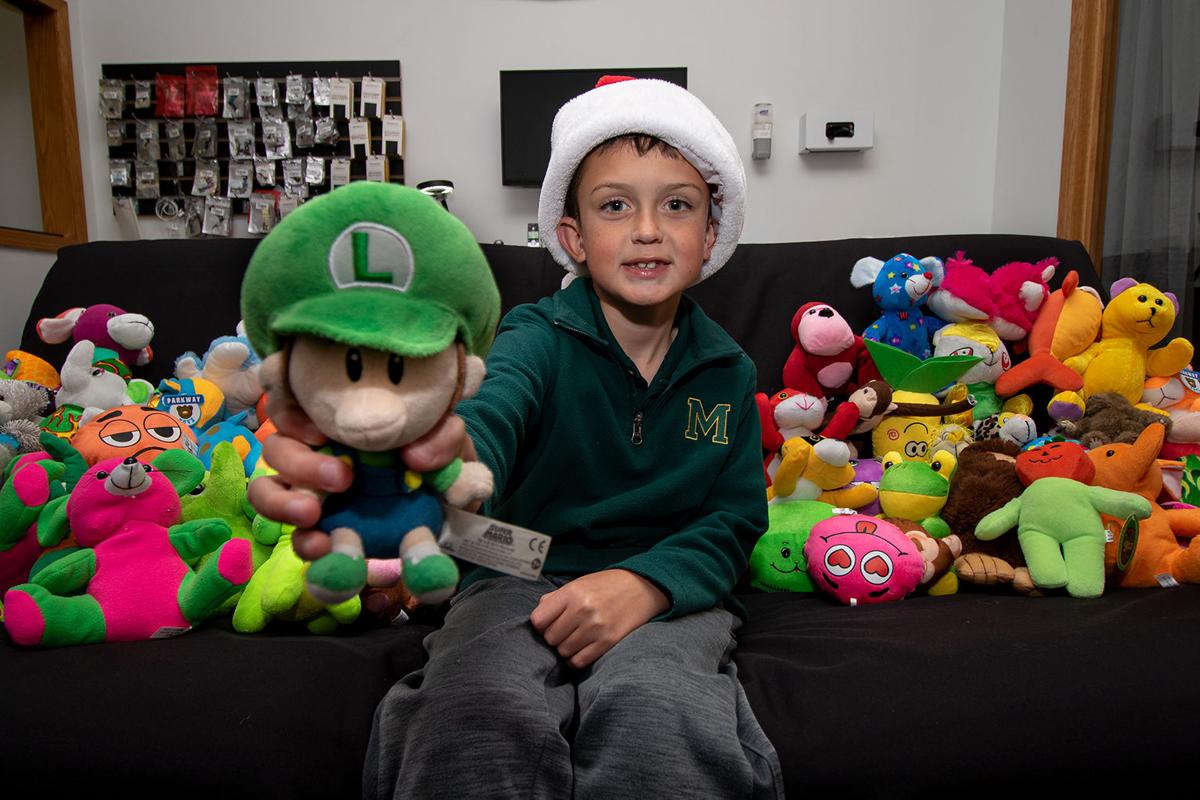 Carson VadeBonCouer, 8, of Manteno, is collecting stuffed animals to donate to the YWCA so kids in need can get a Christmas gift this year. 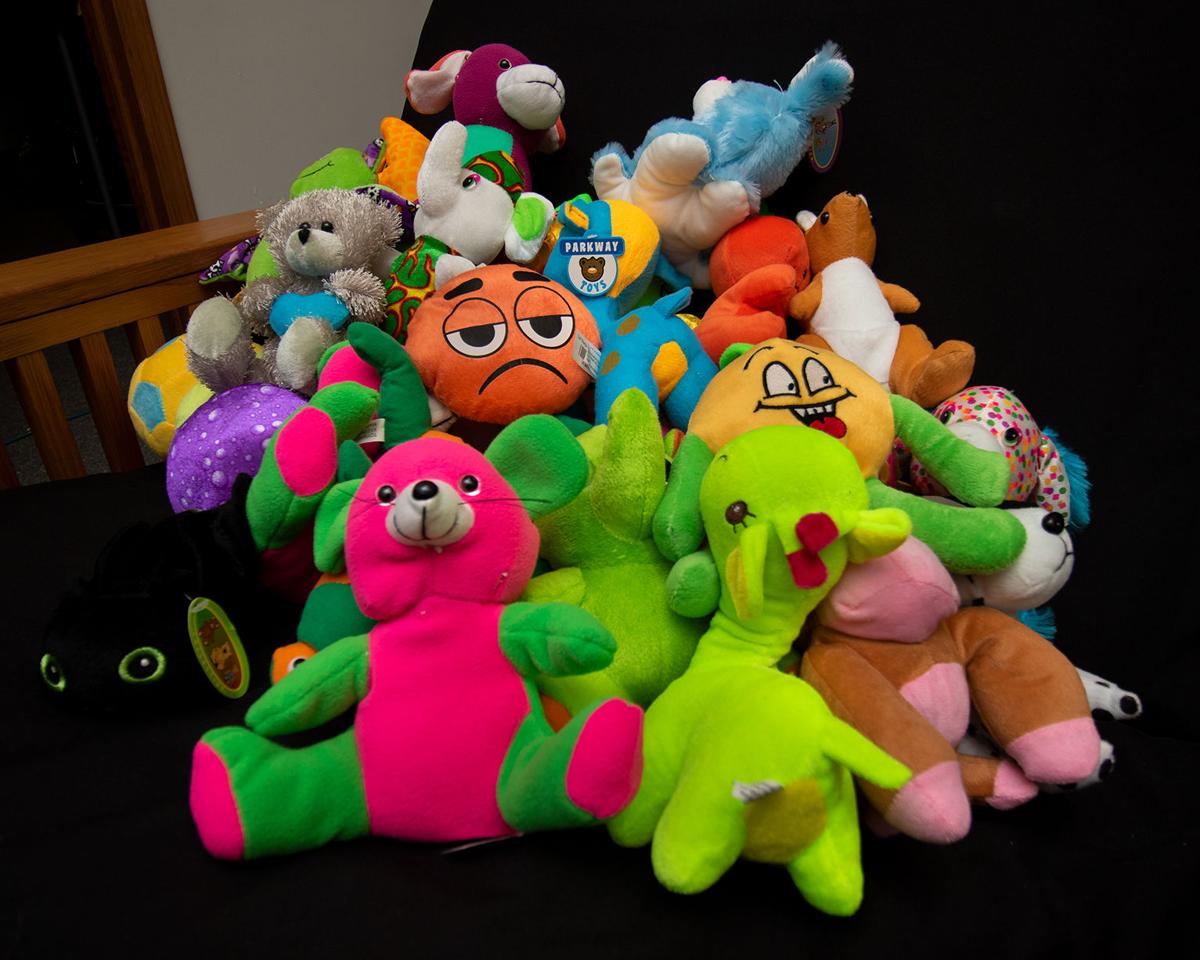 Carson VadeBonCouer, 8, of Manteno, is collecting stuffed animals to donate to the YWCA so that kids in need can get a Christmas gift this year.

Carson VadeBonCouer, 8, of Manteno, is collecting stuffed animals to donate to the YWCA so kids in need can get a Christmas gift this year.

Carson VadeBonCouer, 8, of Manteno, is collecting stuffed animals to donate to the YWCA so that kids in need can get a Christmas gift this year.

BOURBONNAIS — Carson VadeBonCouer had been collecting teddy bears for the past two years, mainly winning the toy animals from the claw arcade machine at Sammy’s Pizza in Bourbonnais.

As the collection grew from a handful, to an armful, to two large garbage bags filled with more than 70 stuffed animals, 8-year-old Carson, with the help of his parents, Dwayne and Brittany, had an idea.

The Manteno family, which owns and operates the Bourbonnais-based iPhone repair business, iFix, decided to donate the collection to needy children and what better time than at Christmas.

They began contacting organizations and chose the Kankakee YWCA, which runs a daycare for newborns to 12-year-olds. Its daycare center cares for about 110 children.

The family will be delivering the still-growing collection to the YWCA on Dec. 18 to ensure each child has something under the Christmas tree.

A third-grader at the Bourbonnais campus of Bishop McNamara Grade School, Carson doesn’t believe he is doing anything special. He doesn’t see himself as the someone set to take over for Santa Claus in the coming years.

“I don’t feel like Santa Claus,” he said through his soft voice in the family’s repair shop. “I’m not giving away millions and millions of toys around the world like Santa.”

But to ask a child to donate one favorite toy can be risky business. Asking them to give away an entire collection, can be quite another.

Dwayne, 38, said Carson was not forced to give away his collection. He was willing to do it.

“We’ve tried to instill these types of values in him,” he said. “This is how we’ve tried to raise him. We have enough. He has enough. Let’s give to others. Seeing him participating like this makes us feel like we’re doing things right.”

Susanna Ellexson, the YWCA’s childcare director, couldn’t have been more pleased when she answered the phone and Dwayne explained to her what his family had in mind.

Many of those in the childcare program are from lower-income families.

“Sometimes, they don’t have extra funds for Christmas presents,” she said. “This is fantastic. This gives our children something they can call their own. This is such a kind gesture. For a boy to give up something of himself for others is so great. There isn’t a lot of kindness in our world sometimes.”

Ellexson said organizations and businesses often donate at this time of year. But, for sure, she said, having an 8-year-old leading an effort is more than unusual.

“This is amazing,” she said. “It makes me feel so good that he’s being taught the importance of giving back.”

Dwayne noted they are a few stuffed animals short of having a toy for all the children at the daycare. The are accepting stuffed animal donations at their business, 588 Latham Drive, Suite 9, in Bourbonnais.

Regardless of success of the donation effort, which concludes Dec. 17, the family said each child will get a toy.

“I know there are lots of kids who aren’t as lucky as me,” Carson said regarding his family and his home. “I think I’m pretty lucky.”

He also noted his skill at claw and carnival games must have come to him for a reason. He believes this donation was that reason.

“I knew I was winning these for some reason,” he said.

Brittany, 35, said the family already is thinking of what they might be able to do for Christmas 2020.

“I think we might make this a tradition in our family,” she said. “Every child should get something for Christmas.”