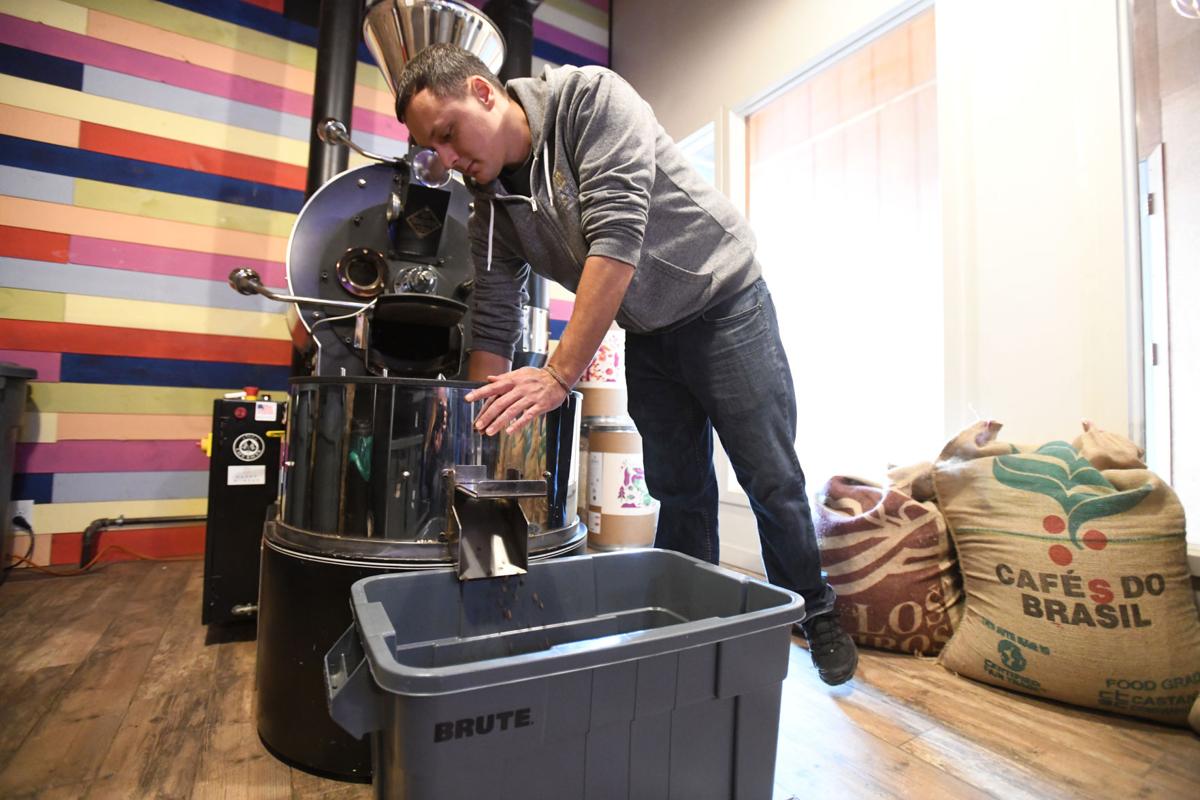 Head roaster Eric Outsen scoops the last of a batch of roasted coffee beans out of the machine at Happy Monday’s downtown Kankakee roastery inside the Burfield & Remington. 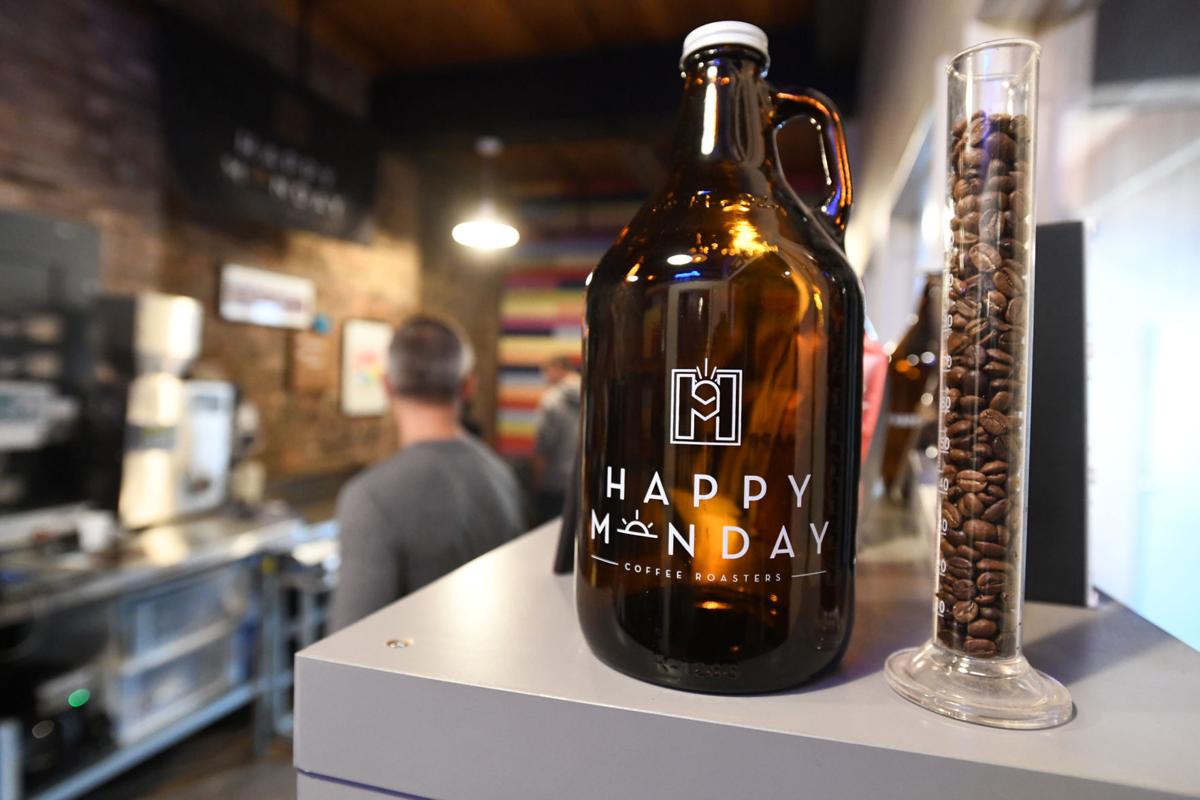 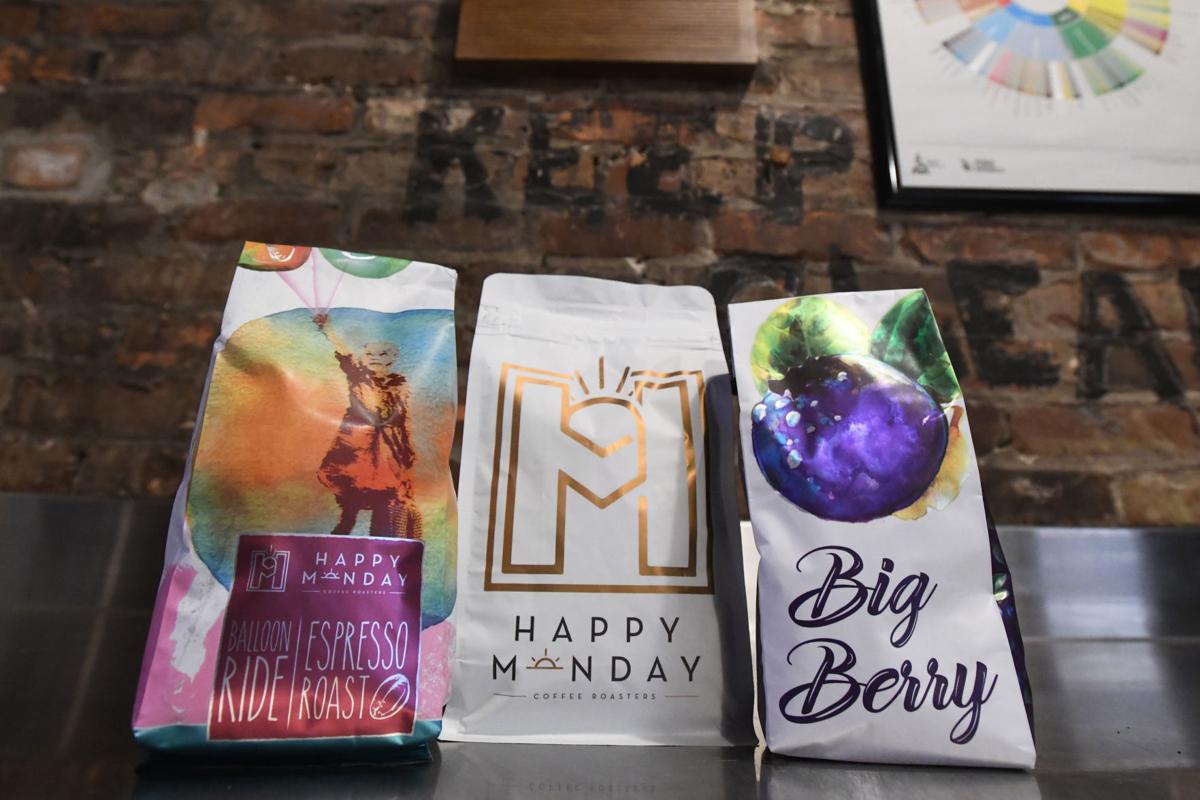 Happy Monday, a coffee roastery inside the Burfield & Remington in downtown Kankakee, will have three of its varieties on the shelves in four area Berkot’s stores starting Saturday. 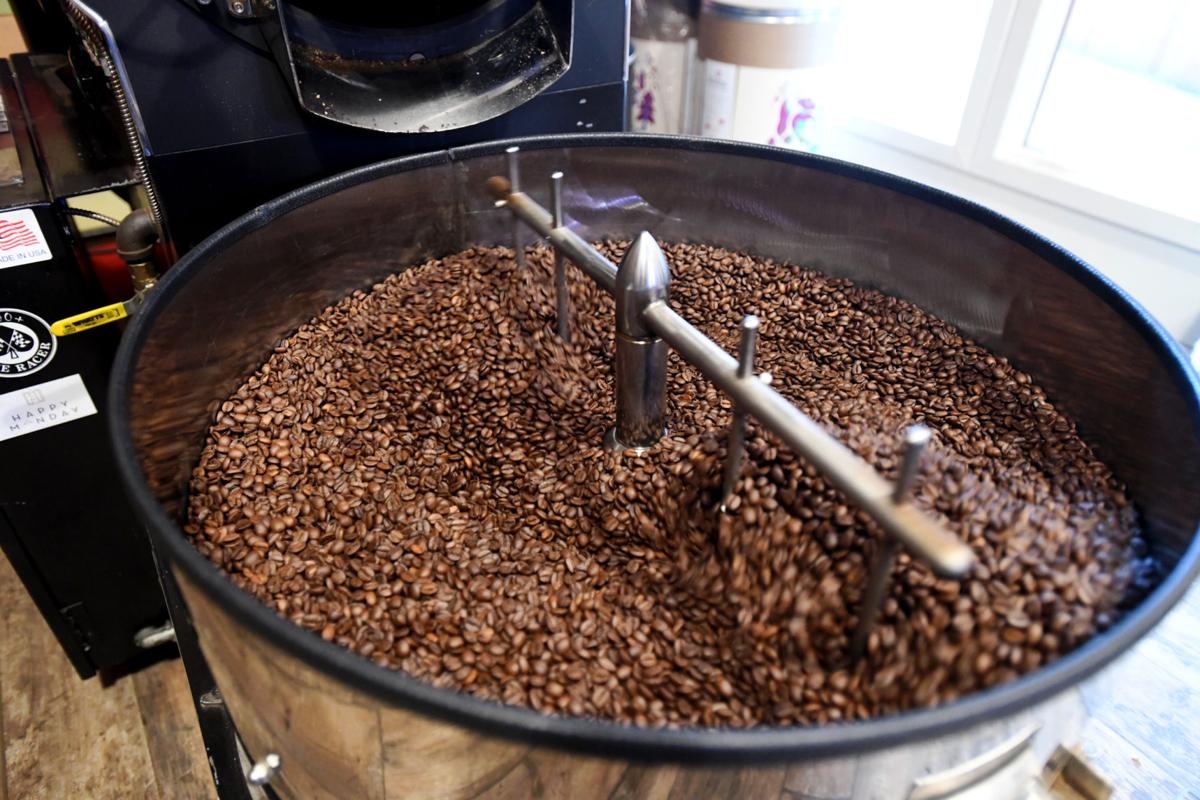 Head roaster Eric Outsen scoops the last of a batch of roasted coffee beans out of the machine at Happy Monday’s downtown Kankakee roastery inside the Burfield & Remington.

Happy Monday, a coffee roastery inside the Burfield & Remington in downtown Kankakee, will have three of its varieties on the shelves in four area Berkot’s stores starting Saturday.

Started in a 280-square-foot location in the Burfield & Remington property (formerly known as the Majestic Center) in the 100 block of North Schuyler Avenue just over a year ago, the 12-ounce whole bean bags of Happy Monday coffee will be first available at the Berkot’s in Kankakee, Manteno, Momence and Aroma Park.

The company already is in many locations throughout the region and it’s the roaster of Hero’s Coffee, which has five locations in Chicago.

“It’s amazing to be delivering our coffee in Chicago from this little place in Kankakee,” said Eric Outsen, of Kankakee, the Happy Monday’s head roaster.

Having started from literally an empty location, Happy Monday co-founders Terrance Hooper, of Kankakee, and Craig Alexander, a former Chebanse resident, now are watching their product reach locations they could not have dreamed of a year ago.

The company is roasting about 5,000 pounds of coffee beans per month.

The owners said Berkot’s is a perfect fit because they are smaller grocery stores and can be satisfied with up to 100 bags of coffee each month per store.

“Berkot’s is so very small community and those are the markets we want to be in,” Alexander said.

The men believe the product will sell itself.

“We believe we can make people fall in love with us. We are going to start small with Berkot’s. We are small-town guys. Our end goal is serving our community.”

If at first you don’t succeed, try, try again.

Clifton’s Glenda Inouye is an example of this philosophy.

After having her proposal for Paws & Play, a dog day care/boarding business, rejected by the Bradley Planning & Zoning Commission in May, she found another village location.

On Tuesday, the planning board unanimously approved the special use permit for the industrial zoned area at 149 E. North St.

If approved by the Bradley Village Board on Tuesday, as expected, Inouye said after the vote she hopes to have the business ready for canine guests by March.

The 5,000-square-foot building along North Street near the Canadian National rail line, would be the first of its kind within the community, she said.

While there are locations where pets can be boarded, she said Paws & Play will allow dogs outside of their cages and there will be a fenced outdoor area for the dogs as well.

The vacant location has previously been a storage area for FCA Flooring.

Inouye came to the meeting armed with letters of support from neighboring businesses stating they support this business. The location will be supervised 24 hours per day.

How many Dollar General’s are needed to satisfy Kankakee shoppers, asks a city alderman.

Apparently, the answer is four.

Dollar General has been working on plans to construct the city’s fourth store. At Monday’s Kankakee City Council meeting, 4th Ward Alderman Jim Faford asked how many of these stores are necessary.

“We have more Dollar Generals than Walgreens. We will be known as the home of dollar stores,” Faford said.

Currently, Kankakee has Dollar General locations at 545 S. Washington Ave., 1700 E. Court St. and 1895 W. Station St. The store will be 9,100 square feet. It’s expected the building plans will be approved within the next 30 days.

The proposed store will be in the 800 block of West Jeffery Street, basically across the street from Snider’s Nursery.

The Daily Journal’s Lee Provost writes about local business rumors, comings and goings and other notes of interest. Anyone with information to share should contact Provost at lprovost@daily-journal.com or 815-937-3364. A version of this story appeared in the Friday digital edition of the Daily Journal.