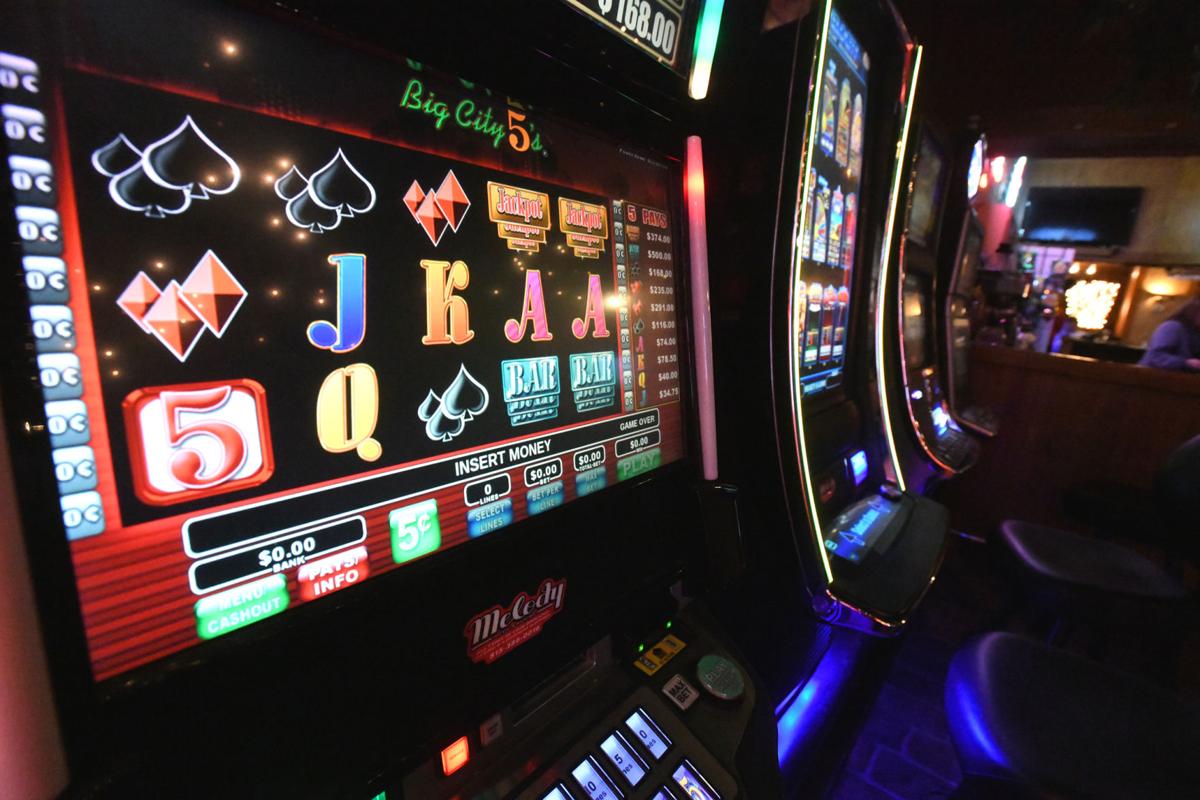 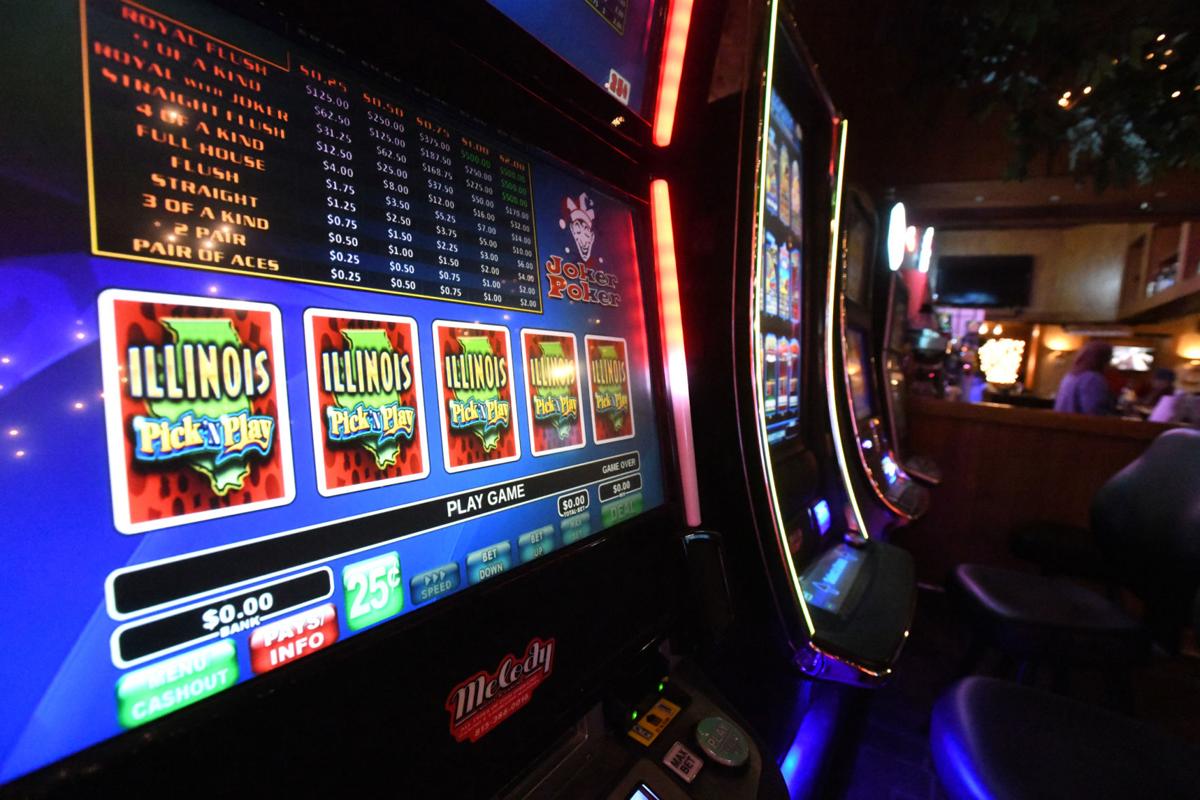 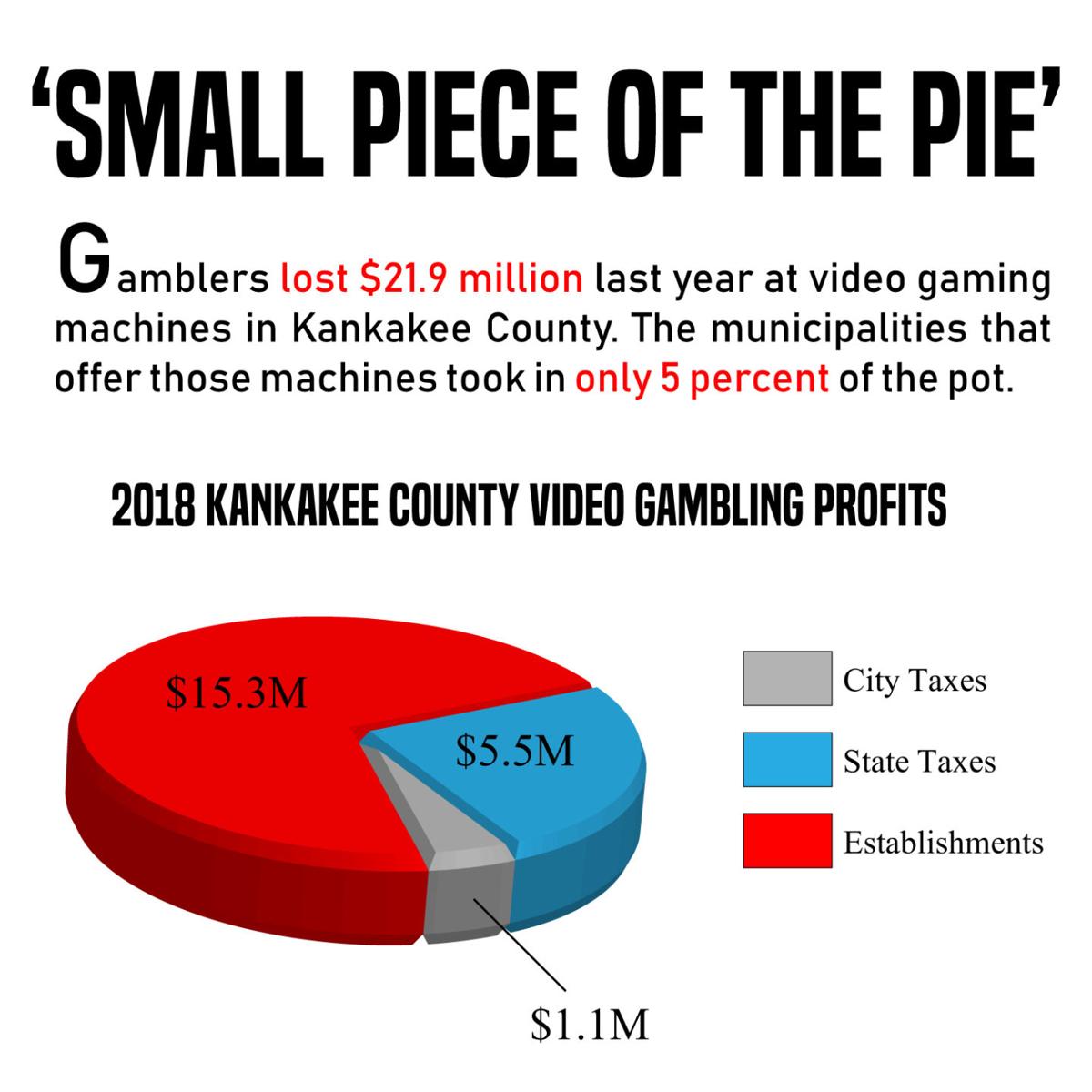 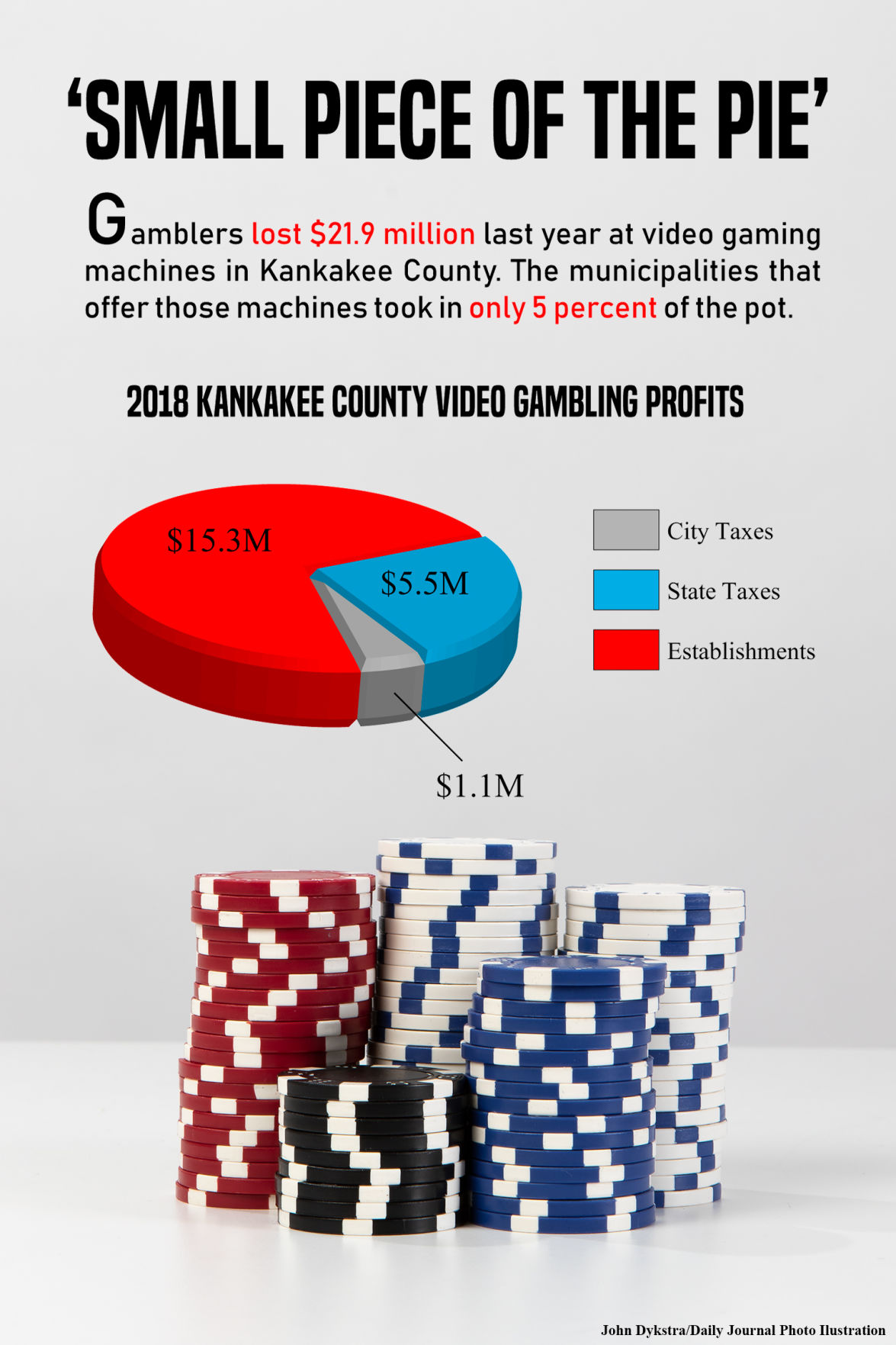 Want to try your luck on a video gambling machine? You have plenty of opportunities in Kankakee County.

According to state records, 118 places in the county offer video gambling on a total of more than 500 machines.

All combined, the establishments made a combined $21.9 million in net income in 2018. This is the amount gamblers lost. Thirty percent of the total went to taxes on machines — $5.4 million to the state and $1.1 million to municipalities.

The most profitable establishment was the 24-hour Gas N Wash on Court Street in Kankakee. Its income from gambling machines was a little more than $1 million last year. Its after-tax earnings amounted to $713,000. That works to $140,000 for each of its five machines.

Gas N Wash owner Len McEnery, based in Mokena, said the video gambling machines help with the operation of the business. The result, he said, is the employment of more people.

Last year, Kankakee’s 43 video gambling establishments generated nearly $9 million in profits from more than 200 machines, sending about a half million to city government coffers. The city’s revenue has been increasing every year since 2012, when the state started allowing video gambling in businesses.

In 2018, the $21.9 million in earnings from Kankakee County’s gambling machines amounted to $323 for every man, woman and child. Of the county’s major towns, Manteno has the highest per capita spending, where $358 was spent per every person.

In Bradley, 22 establishments offer video gambling, with 99 machines. A hair under $300 per capita was spent last year.

“I will consider applications on an individual basis but am opposed to establishments who primarily rely on video gaming for their profits,” the mayor said. “I would like to support businesses who are interested in offering the city of Kankakee options for entertainment, including more family-friendly options.”

“We’ve always had a fairly conservative view of alcohol,” Schore said. “We don’t sell alcohol at gas stations. We have one liquor store. We only have two bars.”

If people want to gamble, Schore said, they have opportunities elsewhere.

Like Kankakee’s mayor, Schore said he opposed allowing establishments that make the majority of their money from video gambling.

“Some think that would be a good look for our community. We don’t have that view,” Schore said.

In Manteno, the Minit Mart on U.S. 45 generates the most of the 13 establishments in the village. It pulled in $754,000 last year, before taxes.

“The machines there are running 24 hours a day. People out of the area travel here for the gambling machines,” Mayor Tim Nugent said. “We haven’t licensed any new ones in the last few years. We have enough.”

Nugent said the village has received a number of requests from companies that want to set up cafes where the majority of the money would come from gambling. But officials have taken a stance against such places, he said.

“A lot of people are opposed to gambling. I’m not for it or against it. No one’s forcing anyone to spend money,” Nugent said. “If we don’ t have gambling, the neighboring town will. If it’s legal, we may as well take advantage of whatever legal means there are to generate revenue for our community.”

Bill Johnson, administrator of the Illinois Council on Problem Gambling, said his group takes no position on the morality of gambling. But he said the council was concerned with the proliferation of video gambling businesses.

With greater exposure to gambling, more people will develop gambling addictions, he said.

Towns with video gambling, Johnson said, should dedicate at least some of the money from the machines to help those with addictions.

“Those communities have a responsibility to make sure there is a safety net for their citizens,” he said.