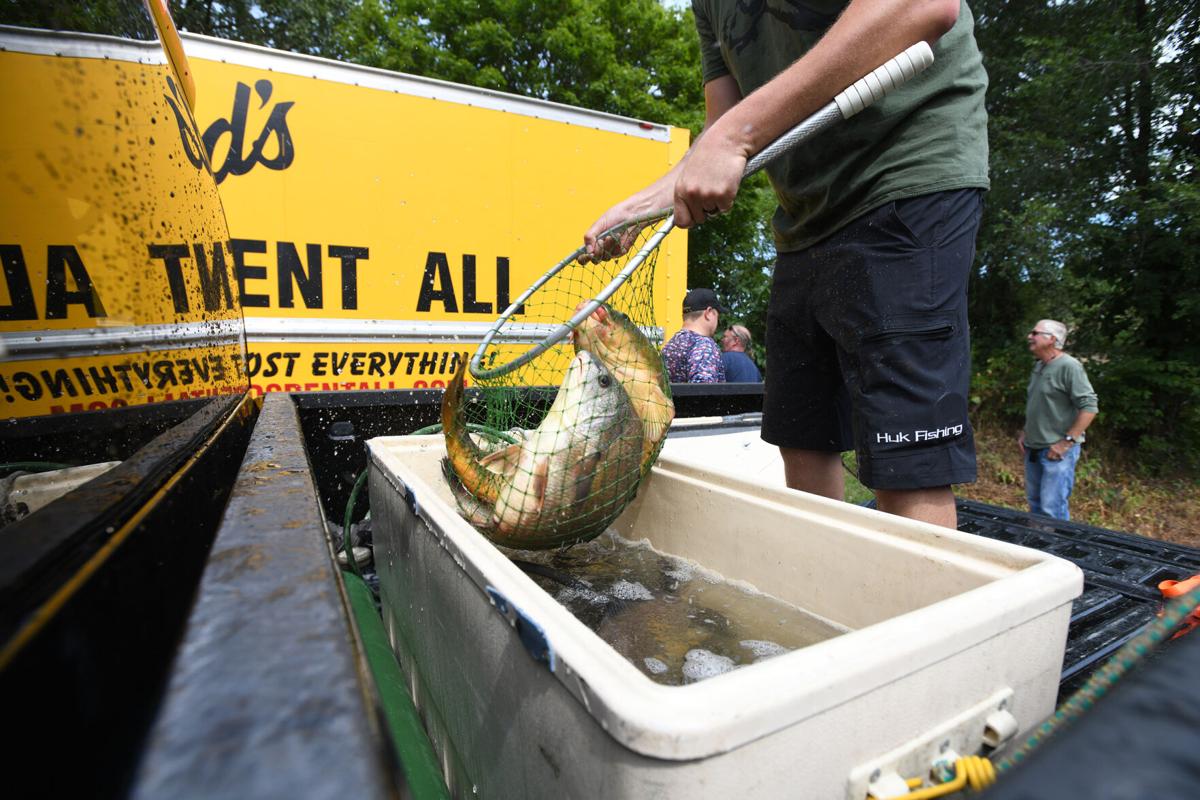 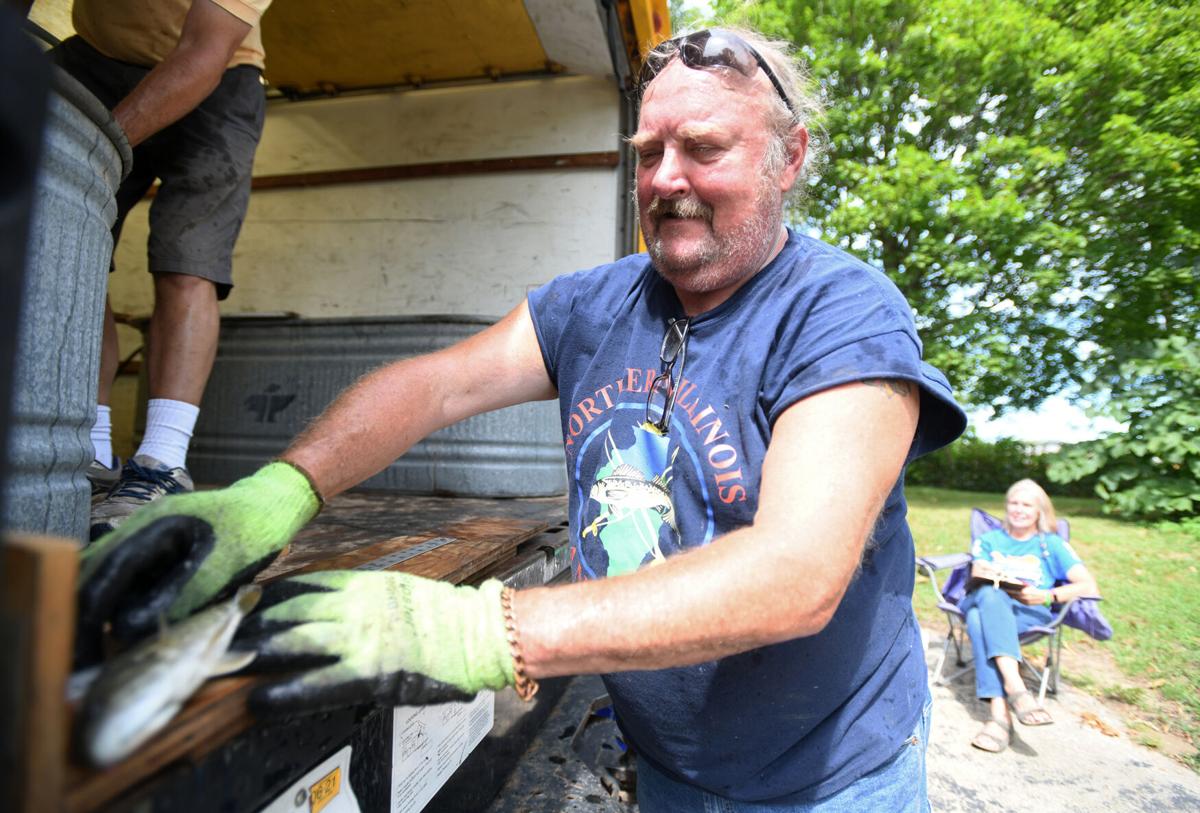 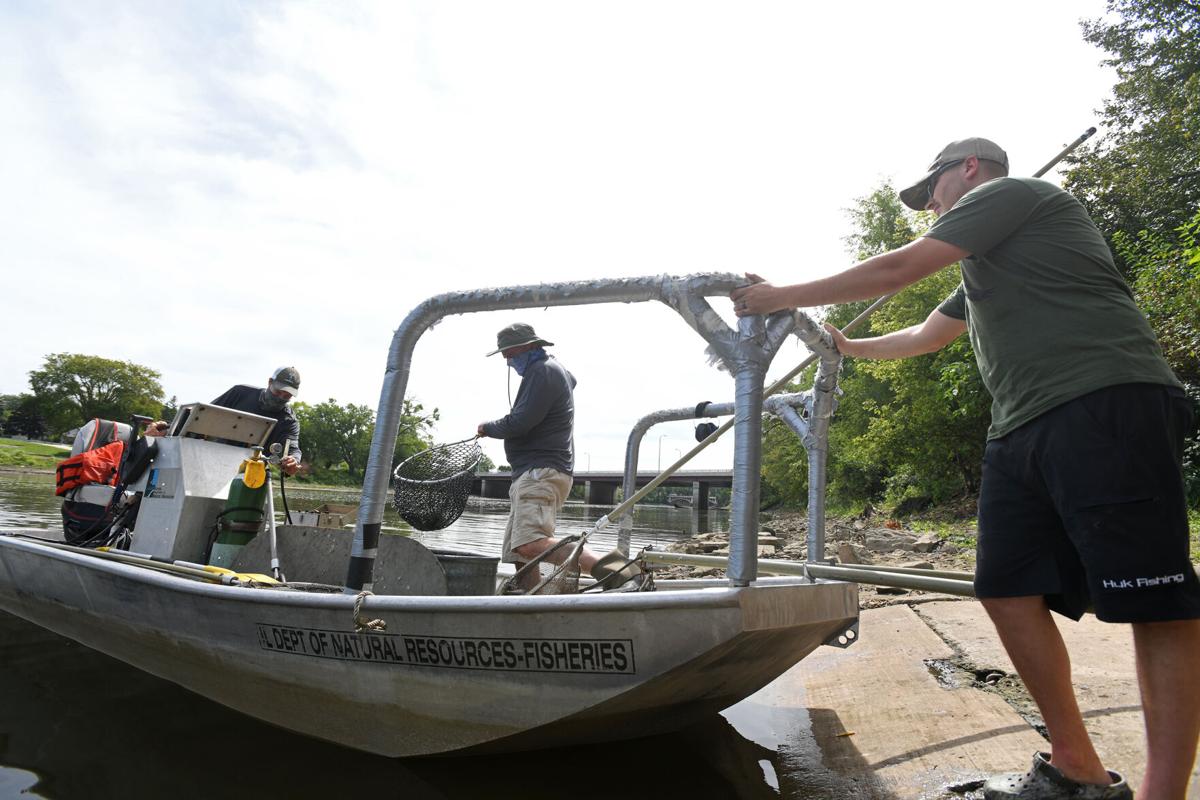 Although it’s kicking off a couple months later than normal, the 37th annual Kankakee River Fishing Derby gets underway Friday and runs through Sept. 13.

The longtime event is sponsored by the Northern Illinois Anglers Association and gives anglers off all ages the chance to win cash and prizes for catching a tagged fish. Ken Munjoy, NIAA president, said local fishermen are ecstatic the annual derby is getting underway.

Munjoy said he was at the Casey’s in Bourbonnais and was getting out of his truck that has the NIAA sticker on the side panel, as a man was leaving the convenience store.

NIAA volunteers were busy Wednesday at the Bird Park boat launch in Kankakee, shocking fish, gathering them up to tag them and then putting them back in various spots along the Kankakee River.

“Usually [we gather] like 120 fish,” said Bob Anderson, NIAA vice president. “That way we have extras in case something happens. We only tag whatever is sponsored, and then we release everything else back into the water.”

The derby is usually held in June, but the Illinois Department of Natural Resources’ shocking boat wasn’t available due to COVID-19 shutdown, so the derby was postponed.

“We had to wait until [the IDNR] could confirm that they could come help us,” Munjoy said. “Once they said they could be here today, we put all the wheels in motion and got it launched.”

Approximately 93 fish are tagged that have been sponsored for cash or prizes. Ten of those tagged fish are placed in the Bird Park quarry where youths can win $100 for catching a tagged fish. The rest of the tagged fish are put back in the Kankakee River.

“All the way from the Indiana state line to the Wilmington dam,” Anderson said.

Registration has been underway for the past couple weeks, and the NIAA is expecting a robust turnout.

“We picked some up [registration forms] from the bait shops, but there are still a bunch of them out there that we haven’t brought in yet,” Munjoy said. “In a normal year we’ll get somewhere in the neighborhood of 350 or so registration forms, and it looks like we average about two and half people per form. Most years we’re pushing 800 to 1,000 registrants.”

The water level is somewhat low due to the lack of rain and if the weather cooperates, area anglers will drop their lines to catch some tagged fish. Fishing is one activity people of all ages can do this year.

“I know that fishing has been really, really popular this year,” Munjoy said. “If you go into any store that sells fishing gear, they’re pretty much sold out. People on the river and other fisheries will tell you there are a lot of people out there catching a lot of fish. I think it’s been a real popular year for fishing, and I would expect that to carry on through this month.”

Kankakee River Fishing Derby registration forms are available online to be printed at kankakeefishingderby.com and at various registration and weigh-in stations across the area. Those location are listed online as well. The cost is $20 per family.

“Fishing patterns are going to be a little bit different,” Munjoy said. “It’s an early fall pattern instead of a late spring, early summer pattern. We’re already seeing more channel cat and flatheads being shocked up than what we normally see. That’s good for people who like to fish for those. .. I would expect on the big board this year we’re going to see some monsters in the flathead and channel cat categories.”

COST: $20 per family or individual. Forms available at kankakeefishingderby.com.

Fish can be checked in at weigh stations during their normal business hours.