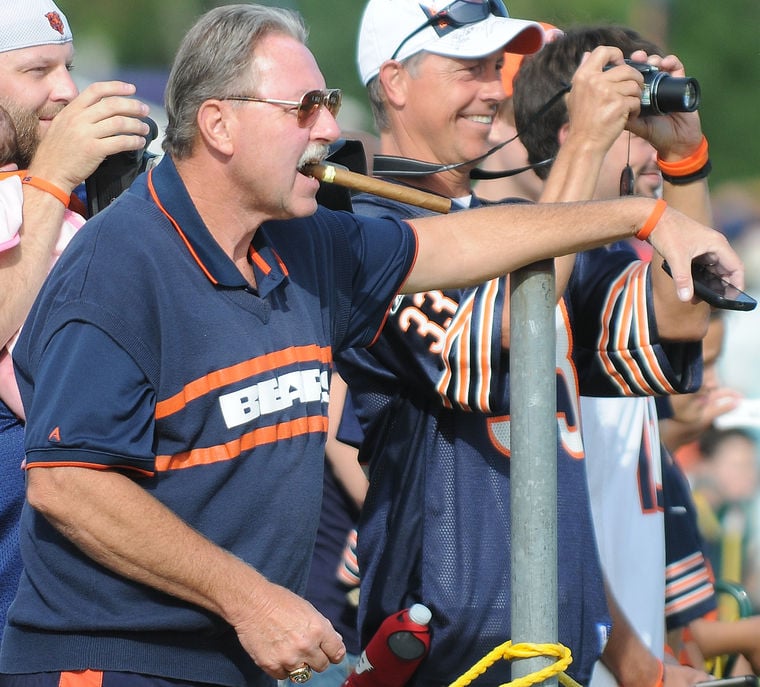 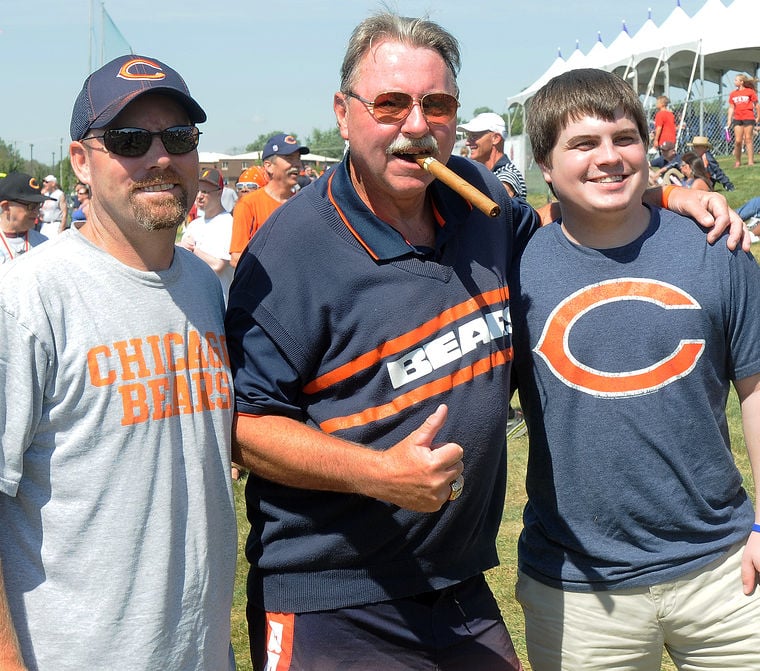 "Hey, Coach Ditka, could I get a picture with you?" a fan yelled through a Bears camp crowd in Bourbonnais.

"Sure," Ray Hart replied through a unlit cigar. He adjusts his aviator sunglasses, fluffs his Chicago Bears sweater vest and flashes a replica 1985 Super Bowl ring while giving a thumbs up.

After 35 years of insulating pipes in Chicagoland, this is Hart's retirement gig. Genetics made the 63-year-old Homer Glen native a Mike Ditka look-alike, and his personality has scored him appearances on several national TV stations.

"I've taken a lot pictures with people out here today," Hart said on Thursday, grinning through the stogie. "It's funny how all of this has started during the past few years. It's fun posing with the kids and their parents, police officers and other servicemen."

It all started about three years ago on a boat dock in Chicago. Boaters yelled, "Hey, Mike, how ya doing?" Chicagoans also embraced him by saying "Hey, Coach."

"I didn't know what they were talking about," Hart said. "More and more people started calling me coach without dressing up."

So, Hart tested his looks at a Halloween party. He purchased the Bears sweater vest and went out with a few friends to a nearby casino.

"There were all these young people dressed like Batman and Catwoman. Then, here comes Ray dressed as Ditka," Hart's friend, Kevin Crosse, said. "I asked him, 'Are you crazy? We're here with a bunch of kids.' He was the star of the show. They all loved him."

The drive continued, and the next set of downs included dinner with Mike Ditka at his restaurant in Chicago. He was 10 feet away when the famous coach recognized him.

"You aren't so bad yourself, Coach," Hart replied.

Ditka signed footballs and jerseys for Hart and his wife after dinner. "He couldn't have been nicer," Hart said.

Since then, Hart has embraced his Ditka-esque appearance. Last year, Bears fans brought him into Soldier Field for two games. He also has appeared in several bars for Ditka look-alike competitions and for pure fun.

A few years ago, he went to a Bears fan bar with his son in Indianapolis. He thought his son was setting him up for a joke, but that wasn't the case.

"There must have been about 70 people cheering and celebrating," Hart said. "They all gave me a standing ovation as I walked in. It was fun."

At this year's NFL Draft in Chicago, he did a skit with Fox News. A kid asked if he really was Ditka, and the weather girl said he didn't have a Super Bowl ring. So, Hart found a replica, weighted ring on eBay and has been wearing it ever since.

"I felt bad, so I went out and got one," Hart chuckled. "It's a really good replica."

While the Ditka gig started out as a joke, it has since turned into a business. Hart and his grandson threw out the first pitch and sang the National Anthem last year at a Joliet Slammers game. Afterward, a Slammers official, who also works for the Bears, advised him to charge for appearances.

Recently, he stopped by a high school athletic director's son's birthday party and has been sporting other gigs at bars and celebrations. He even has business cards for his new profession, noting "It's fun to look like Mike!"

"He's a character," Crosse said. "It's funny how people ask him to come sit in the shade with him. He has a great personality and can get away with it."