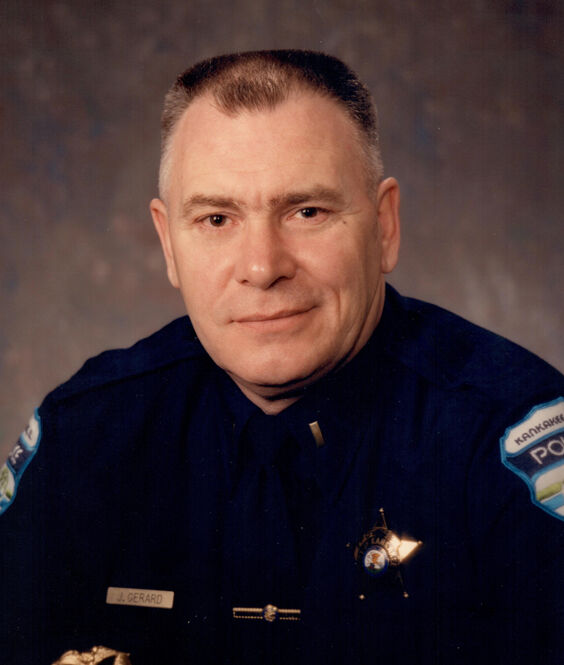 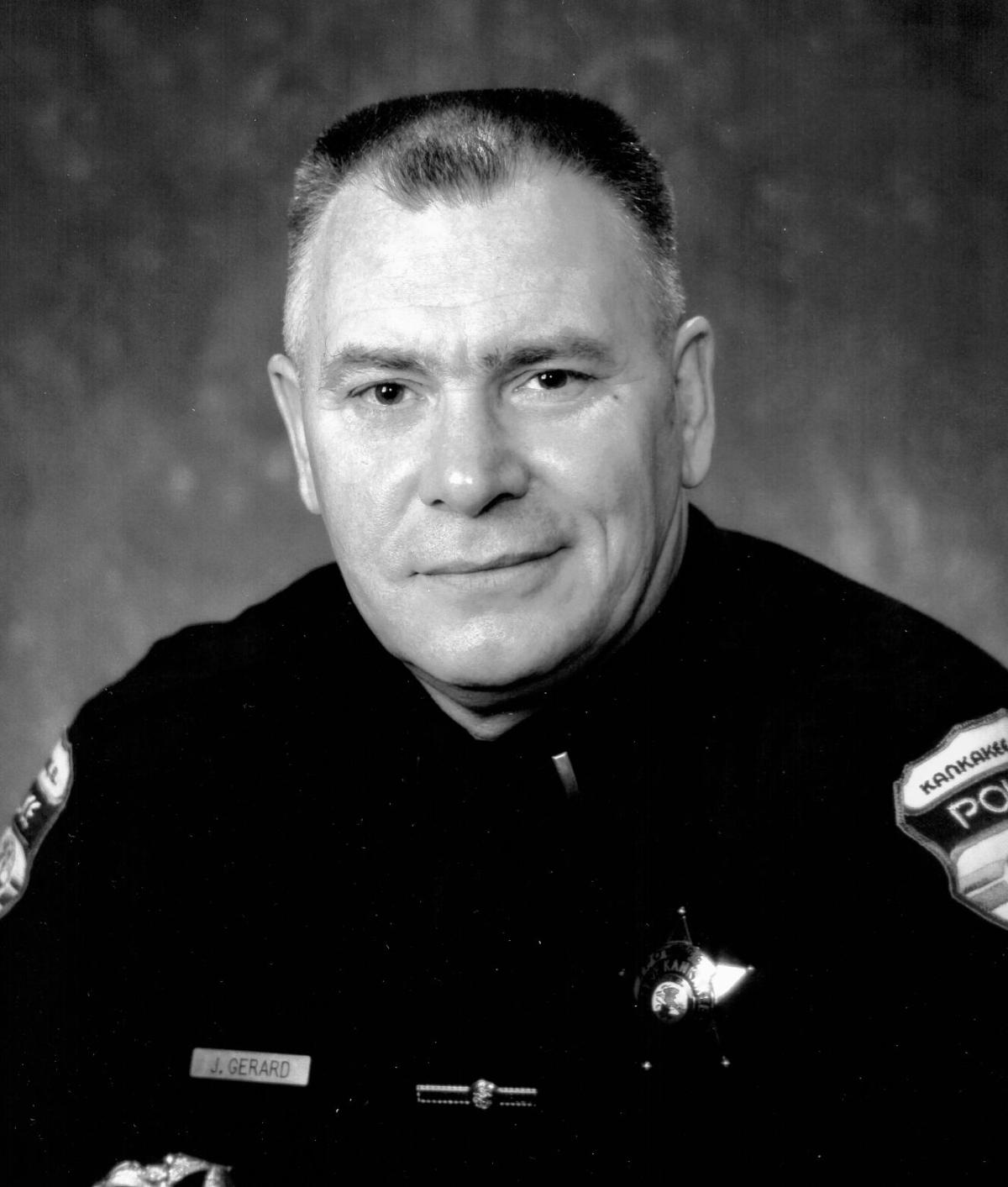 KANKAKEE -- Former Kankakee Deputy Chief John Gerard, a 34-year member of the Kankakee Police Department, who also served for about one year as its acting police chief in the early 1990s, died Tuesday.

The retired deputy chief suffered from cancer. Gerard was 85.

A law-and-order man in every sense of those words, Gerard served as a member of the department from May 1961 until his retirement on Sept. 2, 1995. His professional career consisted only of Kankakee and during his time here he touched thousands of lives.

Known for his crewcut hair and gruff exterior, Gerard was a down-to-earth man who was eager to talk and equally eager to help. Getting through that Marine exterior was the tricking park.

"He was a street cop. He was the ol' 'walk the beat' officer," noted his son, John "Jeter" Gerard, who followed in his father's footsteps and served on the Kankakee police force from 1986 to 2015, retired as the department's deputy chief.

Jeter Gerard said his father started in policing when officers did not cover their "beat" by driving a squad car. He walked the beat, wearing out numerous pairs of shoes in the process.

"That's how he started and that's what he liked," his son said.

The elder Gerard rose through the ranks within the department. In June 1968, he was promoted to lieutenant and he took over as commander of the detective division in 1972.

In 1974, he was named as the second and last officer to hold the title of Assistant Police Chief, a position he held until 1985 when he was appointed Deputy Chief of Police.

For many years he led the department's investigations and oversaw the department's Detective Bureau. He served as acting chief after then-Chief Tim Nugent retired in May 1993. He led he department until July 1, 1994 when Chief Bill Doster was appointed by then-Mayor Donald Green.

Former Police Chief Mike Kinkade spent more than half of his 34-year career working with Gerard.

He said it was Gerard's connection and compassion for the city's young people which stood out in his mind.

"He always had a positive impact on young people," he said. "He had compassion as well, but wasn't afraid to tell people why they were wrong. He was a tough guy, but he had such compassion.

"He had a great impact on this community and this department. He will be missed," Kinkade said.

One of those young people touched was Howard Stewart, a now-longtime employee of the Kankakee's Environmental Services Utility. Stewart was a Chicago Golden Gloves boxing champion, whom Gerard helped mold as a teenager in his garage-turn-gym, Gold Star Gym.

"He was the one who sent me into the profession," Stewart said. He said Gerard was his main trainer and part-time manager.

Stewart said he often visited his former trainer. He spent time with him just last week. "We would just sit and talk. He was a great man." Stewart is a pallbearer for Gerard.

Another youth who spent time in the former deputy chief's gym was Mike Russow, who later became a Chicago police officer as well as a professional fighter in the mixed martial arts.

"He was a huge influence on me. I choose my career in law enforcement because of him. He was such a great guy," he said.

Russow began working out at Gold Star as a high school sophomore. The gym operated out of Gerard's west Kankakee garage for some 40 years.

"He dedicated his life to being a police officer and helping kids. It was great for kids to have a place to go to. He was just a role model," Russow said.

Former longtime Kankakee City Council member Steven Hunter said hearing of of Gerard's death sent a flood of memories through his mind. He noted Gerard was welcomed into every neighborhood no matter what its racial makeup.

He said Gerard had the respect from every group in Kankakee because people knew he was there to help, not harm.

"He was a helluva guy and he was always straight up." Hunter said some people may not have liked to hear what Gerard had to say, but he always spoke from truth, not fiction.

"He could just talk to folks and people knew they could trust him," Hunter said. "His word was his bond. He will be remembered in this town for a long time. I know I'll remember him for a long time. He was an amazing man."

Alderman Larry Osenga, who had a long, distinguished Kankakee police career, noted Gerard was always a "man amongst men" in the world of policing.

And Osenga said Gerard didn't lead by shouting at officers or through intimidation. He simply offered seasoned advice, a sharp look and with that he expected great effort and solid performance.

"He just went about doing his job. He was what you would call a quiet leader. I'm not saying he couldn't be an intimidating guy. I can say this, he had a stellar career."

After signing off her shift for the final time in her nearly 34 years as an officer in the Kankakee Police Department, Marci Gearhart was overwhelmed by the number of people who gathered for her retirement ceremony.