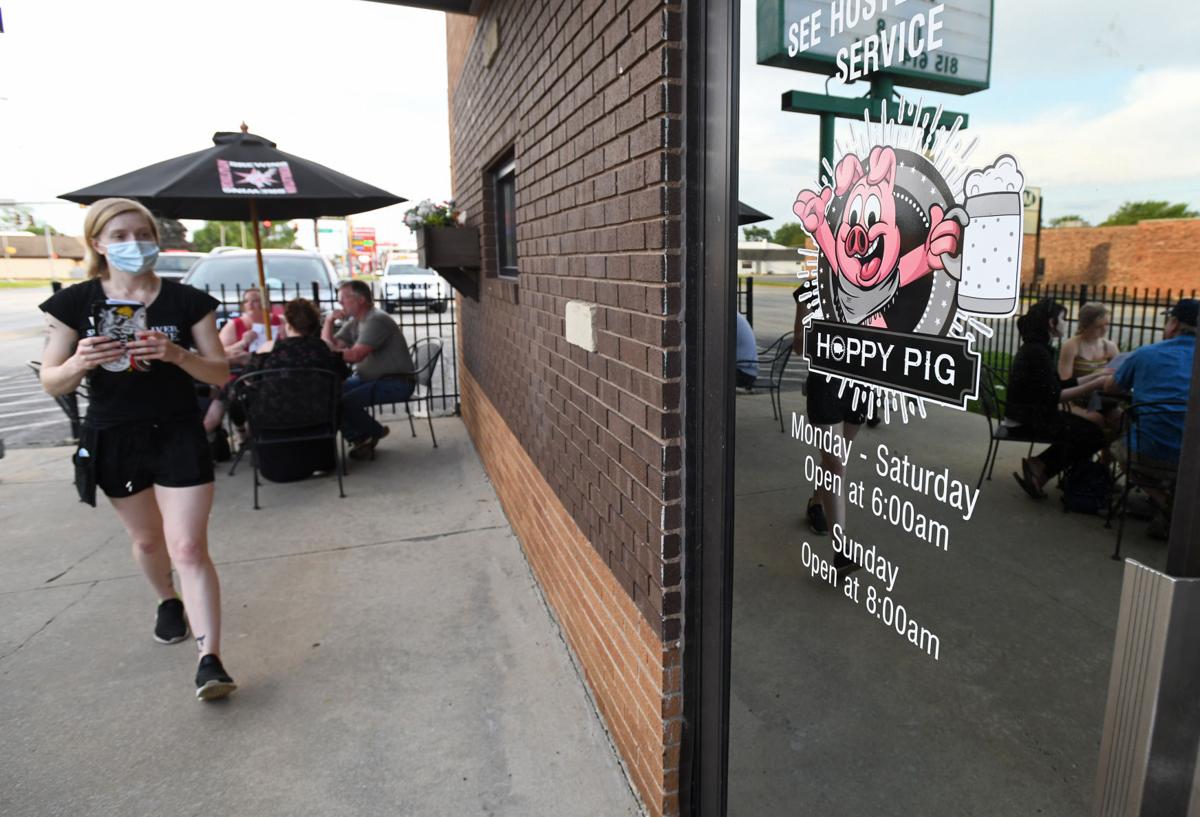 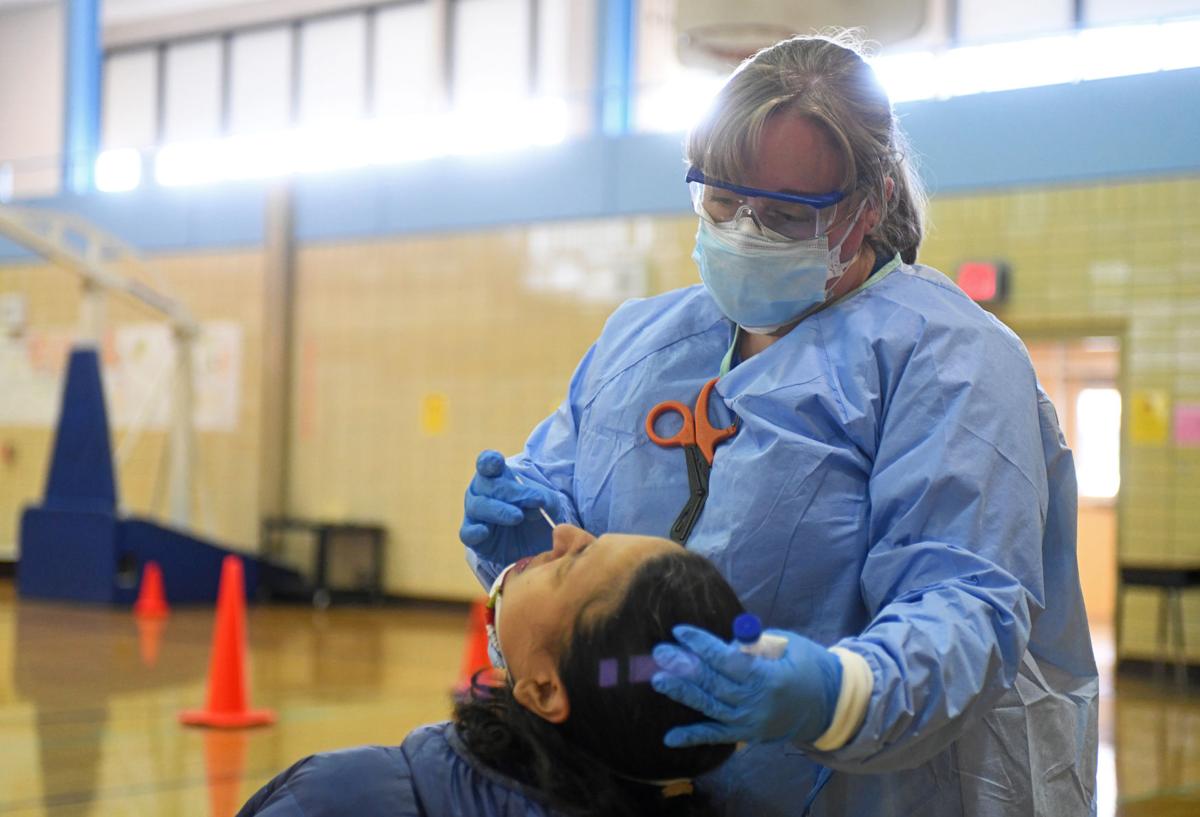 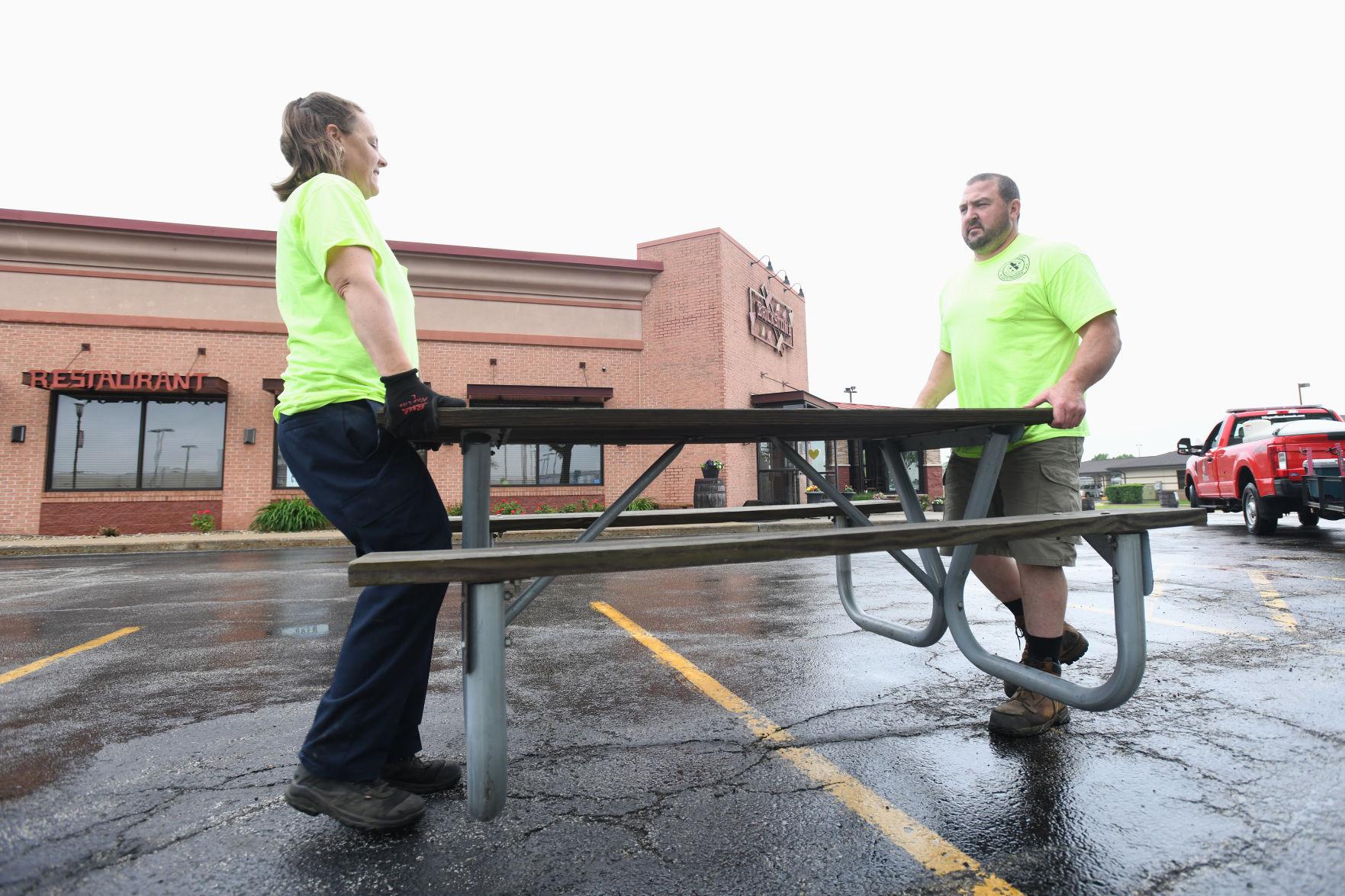 Kankakee and Will counties’ bars and restaurants have once again been placed on lockdown, thanks to rising COVID-19 positivity rates.

On mid-Monday afternoon, Gov. J.B. Pritzker and the Illinois Department of Public Health announced via press release that as of Wednesday, bars and restaurants in this two-county region — known as Region 7 in terms of the COVID-19 mitigation effort — will not be allowed to offer any indoor service.

In addition, outdoor seating will be restricted to tables being at least 6-feet apart and the establishments must close by 11 p.m. The restrictions will be in effect for 14 days. If the positivity rate remains 8 percent or higher after 14 days, more stringent mitigations will be applied, according to state documents.

Indoor restaurant and bar business had only returned on June 27 after nearly three-and-a-half months of being restricted to only outdoor service. After only two months, the crackdown will be back in place. This announcement means restaurants must return to outdoor dining or take-home orders. Bars return to service only in outdoor areas.

This new round of restrictions come as Region 7 was found to have three consecutive days — believed to be Aug. 19, 20 and 21 — of positivity rates greater than or equal to 8 percent. The 8 percent figure, according to the state, determines whether additional community mitigation interventions are needed for a region to prevent further spread of COVID-19.

“We have a right to operate our business. We are not violating any legal rules or health rules. Everyone has the right to live their life. If someone doesn’t want to come inside, then don’t,” Spellman said. “Until the court says Gov. Pritzker is following the law with these orders, we will remain open.”

“We either let them shut down every small business in Illinois or we do our best to stay open and provide a safe and clean place for people,” he said. “If he tries to shut me down, I’ll see him in court.”

Bradley Mayor Pro Tem Mike Watson said after Monday’s village board meeting that many businesses were already on the brink of collapse. He fears this move could put many over the edge.

Asked if the village would be checking to make sure businesses are closed as ordered by the governor, Watson said the village doesn’t have that kind of manpower.

“The village of Bradley will not be going around checking on businesses. At least we are not planning on it,” he said.

Recently, Region 4, the Metro East area which includes the counties of Bond, Clinto, Madison, Monroe, Randolph, St. Claire and Washington, had been placed under intensified mitigation measures by Pritzker and the IDPH.

Region 4’s status will be reviewed on Sept. 2. The region continues to report increasing COVID-19 numbers.

A press conference is set for today (Aug. 25) in Joliet to discuss the COVID-19 positivity rates within Region 7 and the state.

Local officials had been anticipating a Monday afternoon Pritzker press conference, detailing how Kankakee County’s positivity rate has been tracking and how it has been mixing with the rate from Will County, which shares Region 7 with Kankakee County. However, the press briefing did not take place, and it appears it will be held at noon today in Joliet at the Will County Health Department.

Kankakee County Health Department Administrator John Bevis said Monday he is not privy to the up-to-date positivity rates upon which state officials are basing their decisions.

“It appears we may be asked to do more [in Region 7] in terms of mitigation than what we are doing,” he said.

Bevis did note that the latest state data demonstrates the fastest-growing age group in terms of positivity are those between 20-29.

This age group would be those — in general — more inclined to be gathering at bars or restaurants or in some other type of larger group settings.

Kankakee County Board Chairman Andy Wheeler was anticipating the move on bars and restaurants regarding indoor seating.

“That’s a big one right there,” he said. “All the gaming machines are inside and won’t be on, so no new revenue generation.

“It’s so damaging. We’re doing things right in Kankakee [County]. Our numbers aren’t even close to Will County’s.”

Wheeler also doesn’t like the timing of Pritzker’s announcement today with the new restrictions taking effect on Wednesday.

“We have a noon press conference, and that wouldn’t leave us very much time to prepare all the bars and restaurants for the new restrictions,” he said. “It’s largely unfair. ... We’re trying to be proactive and fair [to our businesses].”

Nick Huffman, co-owner of the Looney Bin bar in Bradley, is getting frustrated with restrictions imposed by the state and Pritzker.

“This is getting old,” Huffman said. “We were originally told two weeks back in March. I don’t see an end game. What if there’s not a vaccine? … We don’t know. At what point is the curve flattened, and when can I go back to work?”

Huffman said it makes no sense that bars have to close early.

“What makes it worse after 11 p.m., other than nothing? There’s fewer people out at those hours,” he said. “People have been in [our bar], and we’ve had no issues. We don’t have any [music] shows, which is a bummer.

“We’re working on building an outdoor stage right now. I’m allowed to be open with 50% capacity. That shuts down music completely for us, and that’s what we do. We’re at 50%, and it’s not 50% for me. We can’t have a large enough crowd to pay for a band.”

The following are safety guidelines suggested by the Kankakee County Health Department:

• Wear a mask when in public, around individuals outside of your household, and when social distancing cannot be maintained.

• Follow social-distancing guidelines by maintaining 6 feet of distance between yourself and others.

• Do not attend or participate in large gatherings.

The Kankakee County Health Department has issued a reminder to residents about the process for those who have possibly been exposed to the coronavirus.

Isolation is required when an individual is sick and/or tested positive for COVID-19. This means separating individuals who are ill/test positive for COVID-19 from others to keep the disease from spreading, including other members of the same household. A person must isolate for a minimum of 10 days after symptom onset, or from the date your test was performed if you have no symptoms and can be released when criteria is met and are cleared by Kankakee County Health Department.

Quarantine is required when an individual had close contact with someone who tested positive for COVID-19. This keeps the individual away from others so if they develop symptoms of the disease, they have not been unknowingly spreading it. Close contact is defined as within 6 feet for more than 15 minutes which includes one encounter or an accumulation of encounters throughout the day.

If you have been instructed to quarantine by KCHD or your healthcare provider, you must complete the entire duration of the quarantine even if you are asymptomatic and/or have a negative COVID test. You cannot test your way out of quarantine. The COVID-19 incubation period, or the time from exposure to the development of symptoms, is two to 14 days. When an individual is exposed to COVID-19 but tests negative, they may not have had enough of the virus in their system for the test to pick it up. An individual can spread the virus two days prior to symptom onset. This means the individual can unknowingly be spreading the virus before symptoms occur. Completing the entire duration of quarantine ensures the individual is not exposing others, including their loved ones, to the virus without knowing.

Cooperation with the KCHD Contact Tracing Team is a critical tool to slow the spread of COVID-19. Information shared with KCHD Contact Tracers is protected. You will not get in trouble by sharing information with contact tracers. Information is kept confidential, but tracers need to know who you were in contact with so that they can provide those individuals with instructions to quarantine. This protects other people who they may have encountered.

Failure to follow quarantine and isolation instruction can lead to legal action taken against you which can include a Class A misdemeanor per Title 77 Part 690: Control of Communicable Diseases Code.

For Region 7, mitigation measures taking effect Wednesday include the following:

• All bar patrons should be seated at tables outside

• No ordering, seating, or congregating at bar (bar stools should be removed)

• Tables should be 6 feet apart

• No dancing or standing indoors

• Reservations required for each party

• No seating of multiple parties at one table

• No indoor dining or bar service

• Outside dining tables should be 6 feet apart

• Reservations required for each party

• No seating of multiple parties at one table

Gaming and casinos are to close at 11 p.m. and are limited to 25 percent capacity, as well as those mitigations for bars and restaurants, if applicable.