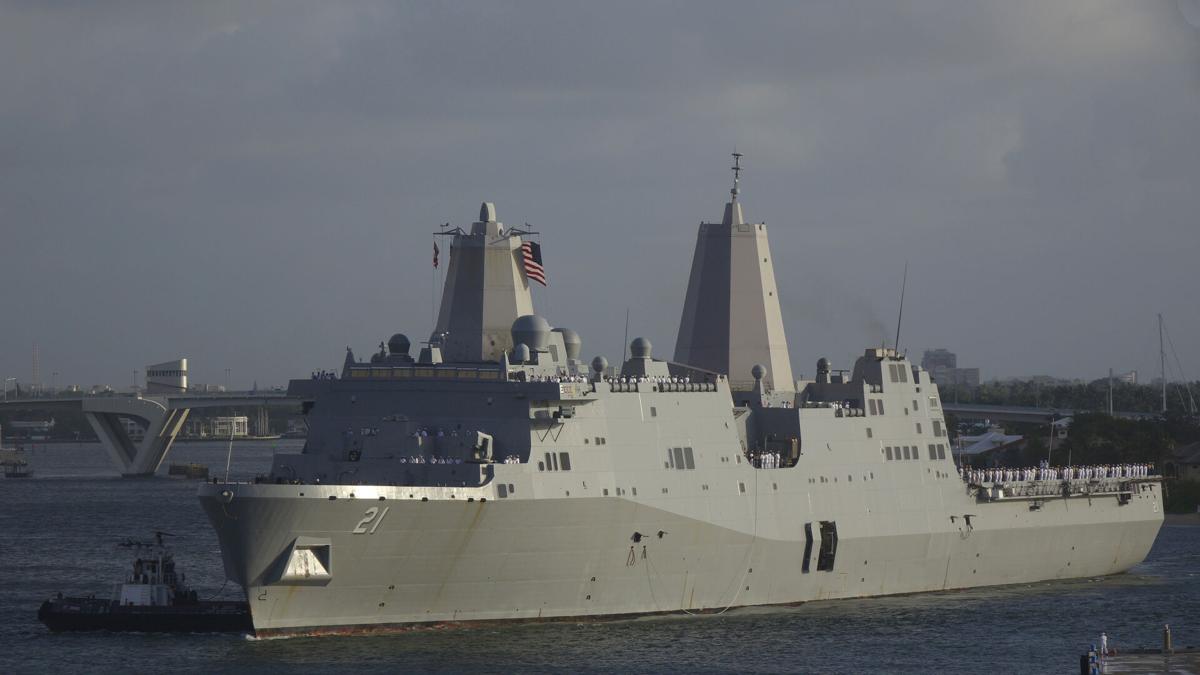 The USS New York’s bow is forged from steel salvaged from the wreckage of the 9/11 World Trade Center attack. Homeported in Norfolk, Va., the ship is longer than two football fields at 684 feet. It is 105 feet wide and weighs more than 24,000 tons. 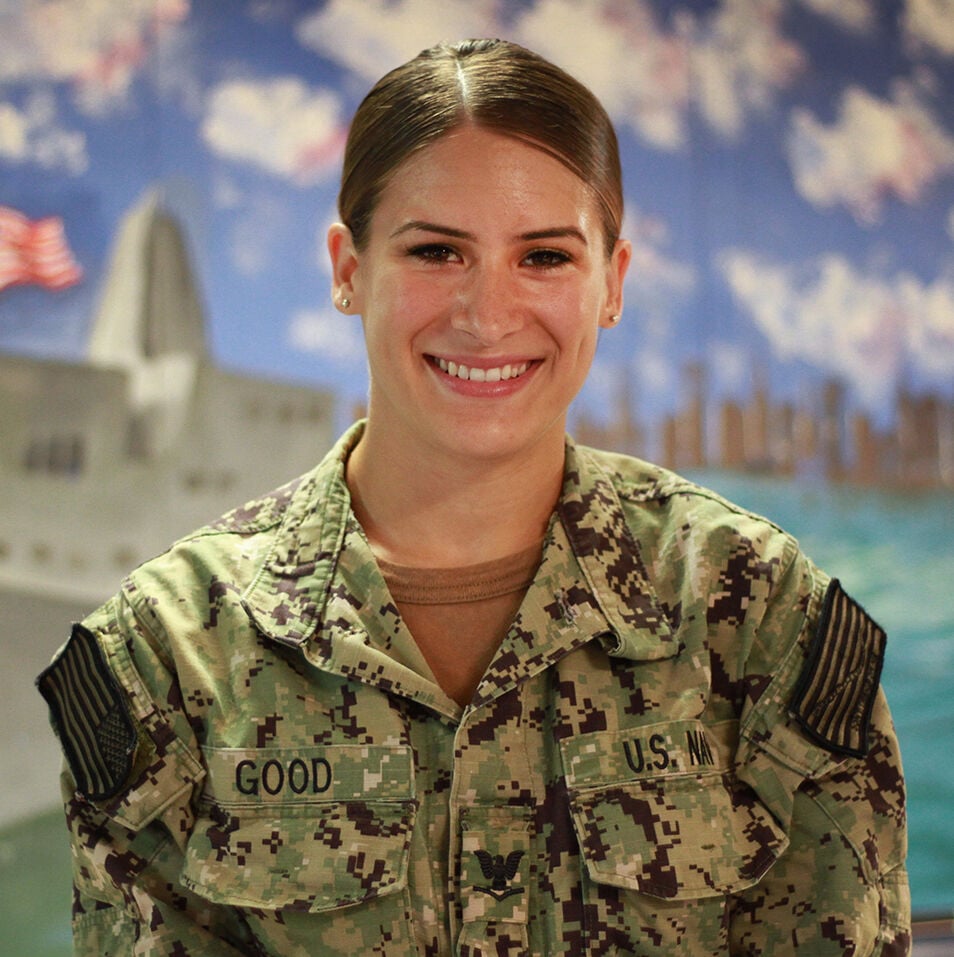 Now, as the nation prepares to observe the 20th anniversary of the Sept. 11, 2001, attacks, she is serving her country aboard a ship built using steel from the World Trade Center.

“It’s a unique privilege to serve on a ship that has the actual uniforms of the firefighters who assisted in the rescue from the WTC,” said Good, a member of the U.S. Navy. “The fact that it was made from 7 and half tons of steel from the WTC and I serve on board here is a great honor.”

“I joined to set a good example for my son, and being a hospital corpsman, is honoring my fellow brother and sister corpsmen who made the ultimate sacrifice,” Good said.

According to Good, a 2016 Coal City High School graduate, the values required to succeed in the military are similar to those found in Coal City.

“[It’s] a sports town and growing up there has helped me work with different personalities,” she said. “This trait has strengthened my leadership skills within the military.”

USS New York’s bow is forged from steel salvaged from the wreckage of the 9/11 World Trade Center attack. According to Navy officials, the Navy’s 9/11 namesake ships uphold the virtues of service, sacrifice and selflessness that have always been the source of America’s strength.

“It is an honor and privilege to carry on the legacy of the selfless heroes and unwilling victims of the 9/11 attacks,” said commanding officer of USS New York, Capt. Javier Gonzalez. “Our ship embodies the fighting passion that united Americans, despite an inconceivable tragedy, to defend our country’s values and continue the pursuit of freedom worldwide.”

New York is designed to deliver Marines and their equipment where they are needed to support a variety of missions ranging from beach assaults to humanitarian relief efforts.