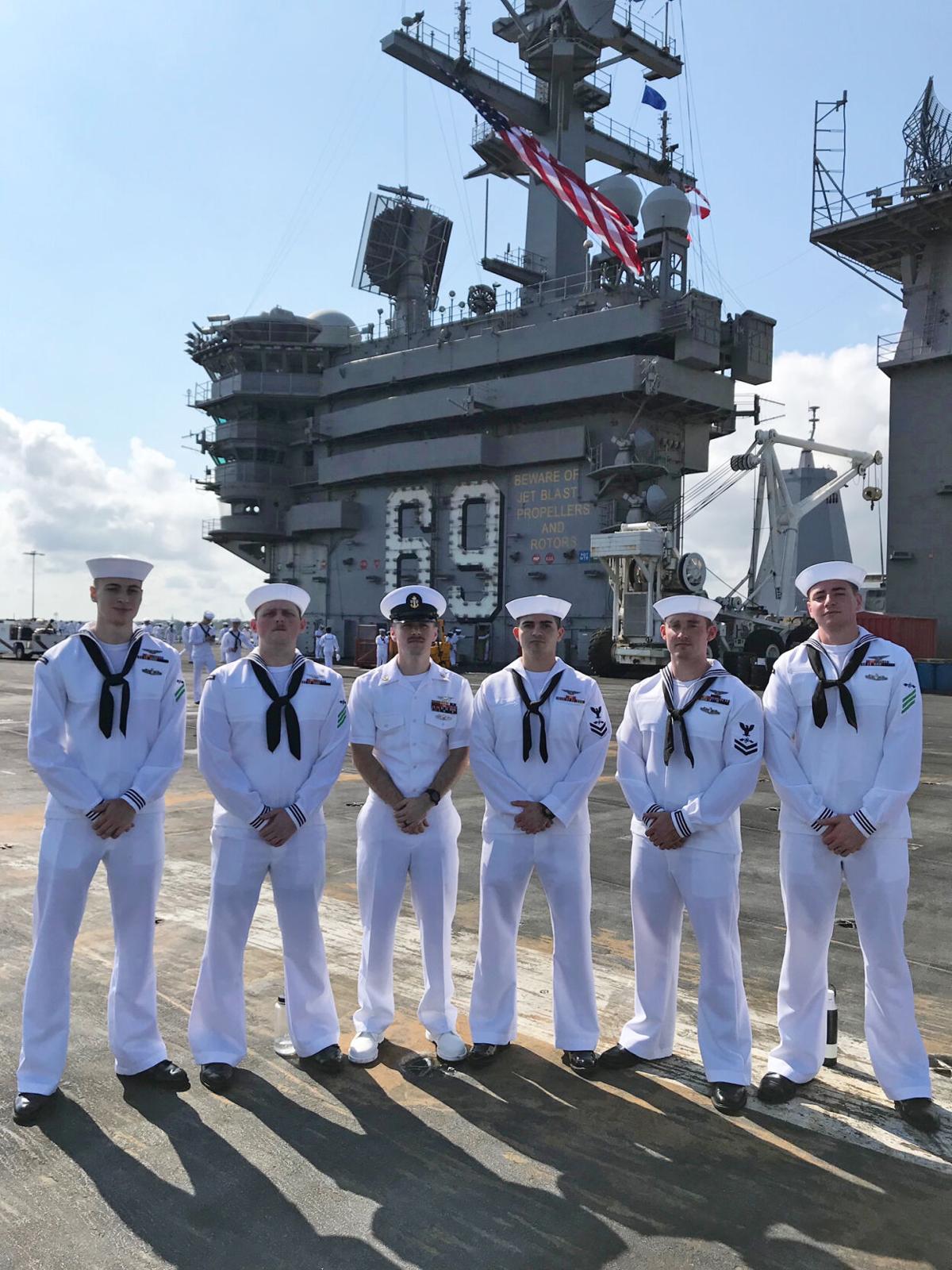 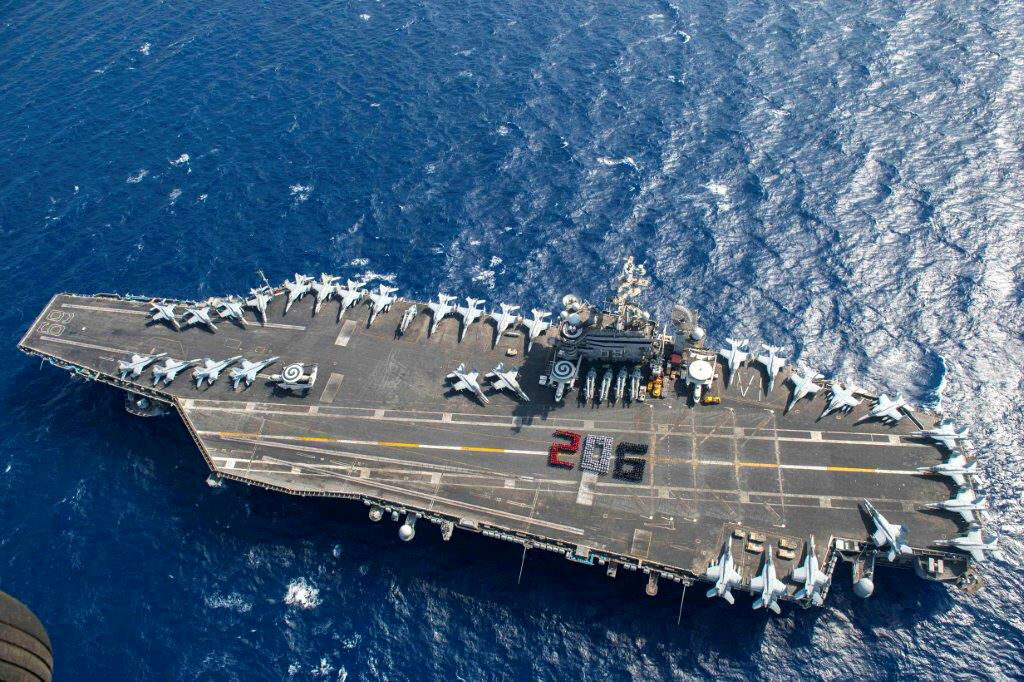 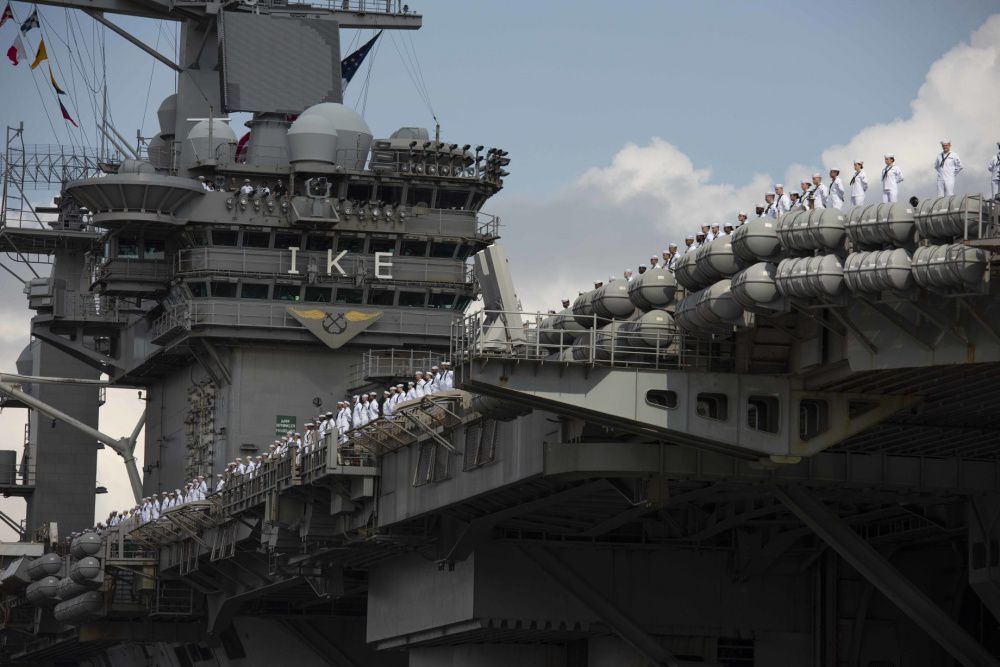 Clifton native Mike Raines has been at the Naval Air Station Oceana in Virginia Beach, Va., for almost a month now after serving 206 consecutive days at sea, and returning from the record-breaking U.S. Navy deployment still feels like a dream.

“I don’t think I’ve ever experienced a greater deal of happiness than being on the flight deck and seeing Virginia Beach on the horizon,” the 25-year-old said. “There were tears of joy. I’m not a crier; I don’t really show emotion like that, but I couldn’t help it.”

Raines, E-5 Petty Officer 2nd Class, served as an aviation electronics technician aboard the USS Dwight D Eisenhower, one of two U.S. Navy ships deployed to the Middle East earlier this year that shattered the Navy’s record for longest time operating at sea without stopping at a port.

On Jan. 17, the Eisenhower, an aircraft carrier, and the USS San Jacinto, its accompanying guided-missile cruiser, departed from their homeport in Norfolk, Va.

After their departure, Navy officials ordered the ships to remain at sea to minimize the risk of coronavirus exposure in foreign countries. The ships had to keep going and avoid all ports.

On June 25, the ships surpassed the Navy’s previous 160-day record, which had been set by the USS Theodore Roosevelt in February 2002 during a post- 9/11 deployment.

On Aug. 9, after a total of 206 days, the ships finally returned to Virginia.

Raines recalled the moment when an officer made the announcement in late July that they would be returning in two and a half weeks, about 10 days earlier than anticipated.

“The whole ship just erupted. Everyone was smiling ear to ear,” he said. “It was a good atmosphere, a good help to morale, but honestly, the closer you get to coming home, I swear the days add 10 hours for every day it gets closer.”

Raines’ duties aboard the Eisenhower included maintaining and repairing the electronic and weapons systems of fighter jets and helicopters as well as supervising other crew members.

He said the heavy workload over such a long period of time was exhausting.

“I don’t think I’ve ever been that mentally drained in my entire life, because when you’re out there, you work 12 hours a day, every day, seven days a week,” he said.

Raines’ hard work paid off, however. He found out he was selected for a promotion to the E-5 rank 185 days into his deployment.

“Apparently I impressed some people and got a really good evaluation,” he said.

Some other exciting distinctions also came out of the long stretch at sea.

The crews of the San Jacinto and Eisenhower earned a unique “iron shellback” recognition.

Navy members have traditional “shellback” ceremonies to recognize one another for crossing the equator for the first time. The “iron shellback” title refers to those who first cross the equator after 100-plus consecutive days at sea.

The crews might also earn a new ribbon that has never been awarded before. If military officials approve, they will be the first to receive a Sea Service Endurance Ribbon.

“It was an experience that I wouldn’t wish on my worst enemy, but I’m proud to be a part of it,” Raines said. “It’s history.”

Raines used his free time after shifts or on occasional Saturdays off to work out in the ship’s gyms, which helped him to stay positive. Another big motivator was maintaining email communication with his parents and friends.

After graduating from Clifton Central High School in 2013, Raines played baseball and earned a bachelor’s degree in business administration at McMurray College in Jacksonville, Ill.

By his junior year of college, Raines began thinking about enlisting in the military to follow in the footsteps of family members.

Raines said he will probably move on from his service in the Navy after returning home at the end of next year. He will have served for four years.

He plans to use the G.I. Bill to earn a master’s degree. He hopes to continue studying finance and become a financial adviser.

Because of ongoing COVID-19 restrictions, Raines is not allowed to take leave and visit home just yet; he has to remain within a 250-mile radius of the base in Virginia. Family members have been visiting him there.

“It was a hell of an experience,” Raines said. “I would never want to do it again, but I am proud to be a part of it.”