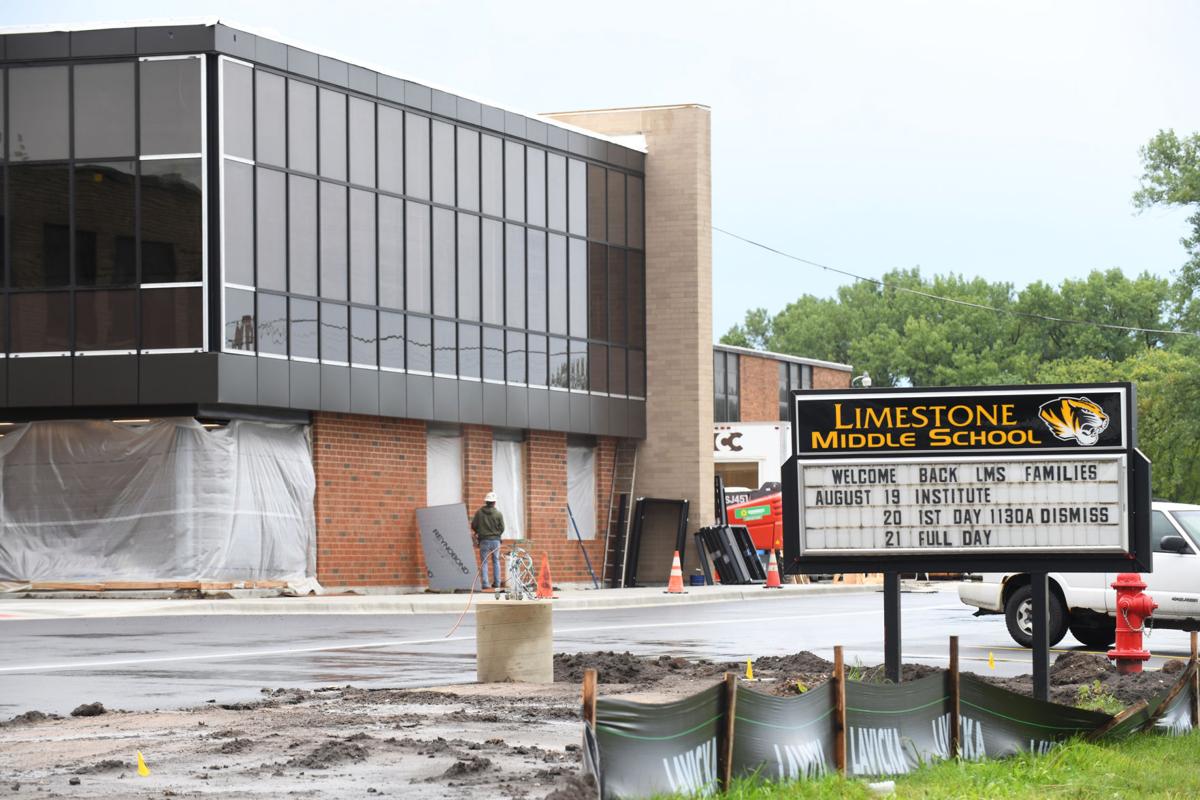 Limestone Middle School opened its doors for classes on the first day of the new year Tuesday, just one day after gaining approval to utilize parts of the building renovated through an ongoing construction project. The construction will continue through the next month. 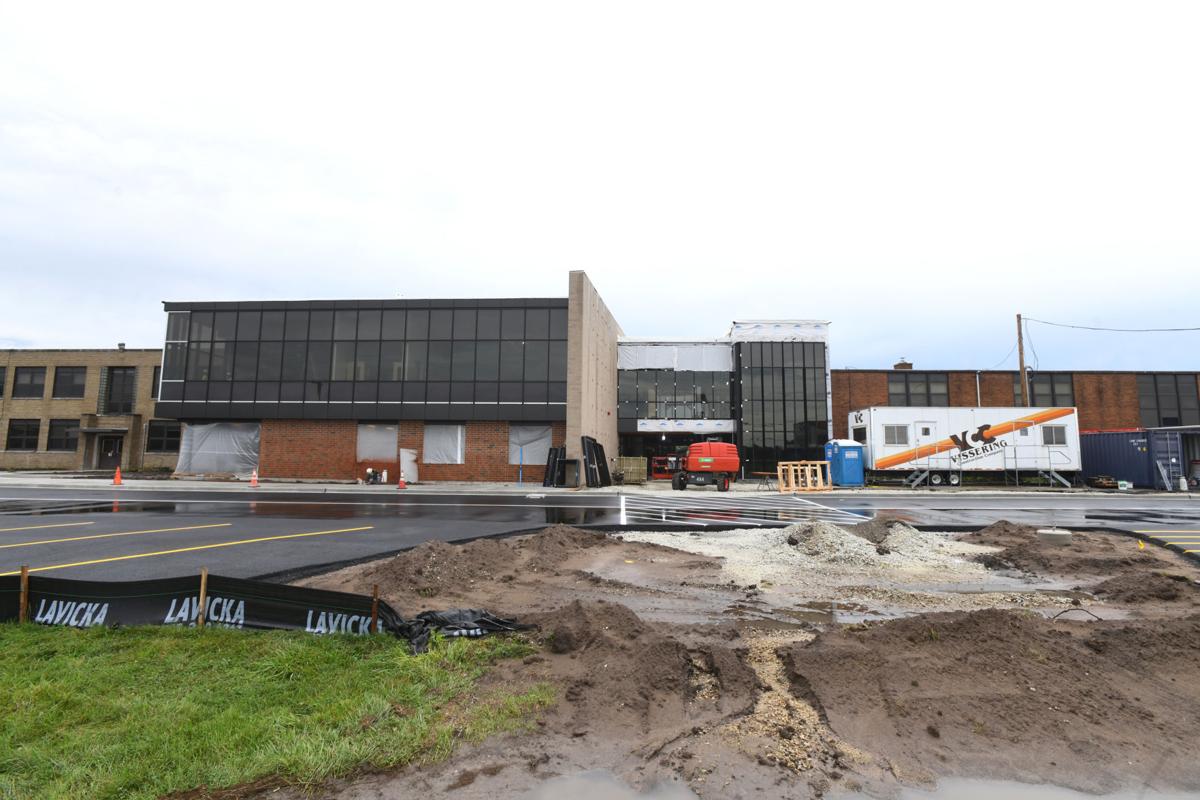 Construction continues at Limestone Middle School on the first day of classes Tuesday.

LIMESTONE — The renovation of Limestone Middle School was completed in the nick of time this week. A related building addition continues.

On Monday night, the Herscher school district got approval from the Iroquois-Kankakee Regional Office of Education to allow occupancy the renovated areas. The next morning was the first day of class. 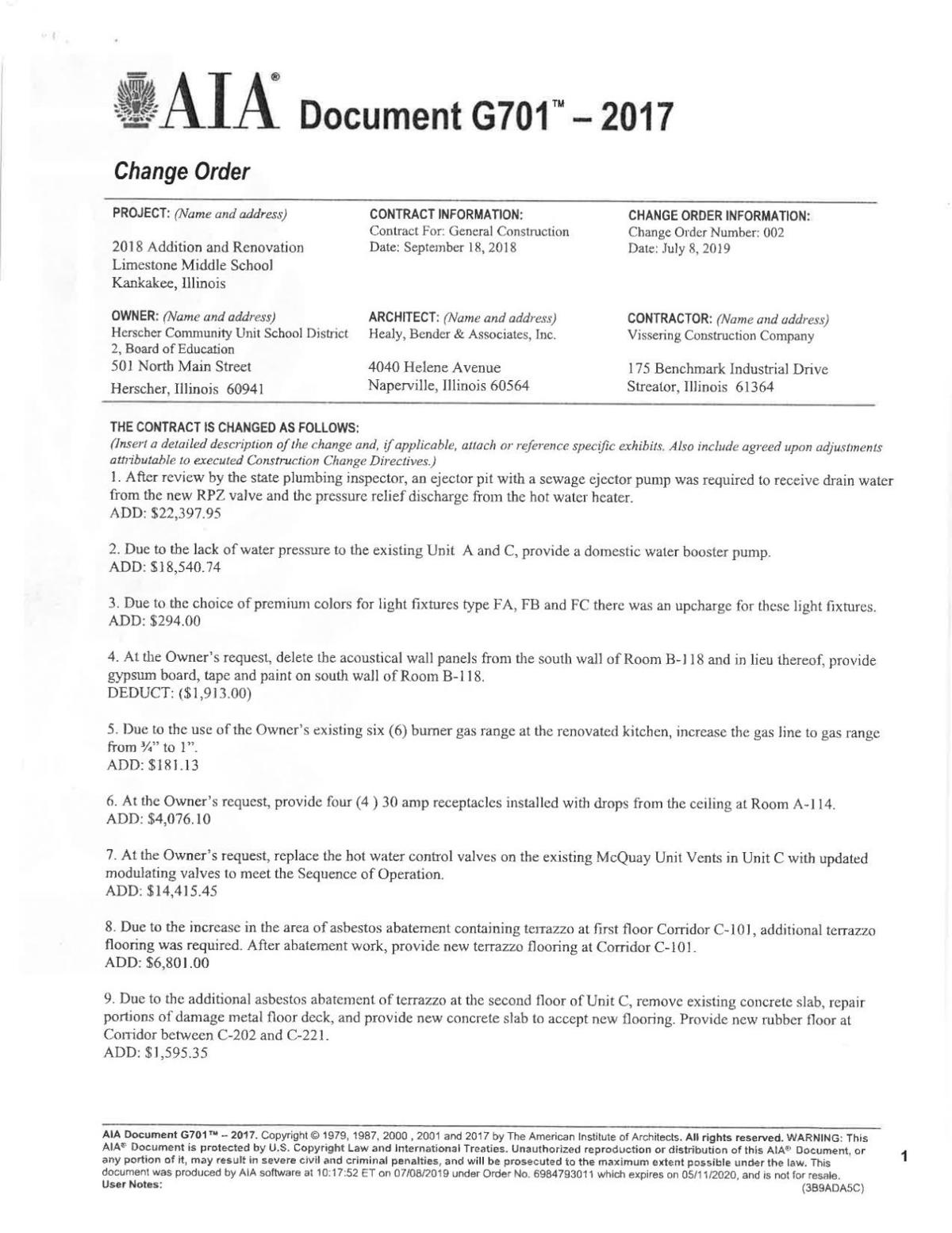 Now, construction crews are focusing on the addition, which will connect the school’s north and south buildings. That project, which is being handled by Vissering Construction of Streator, is expected to be finished in late September.

The entire project’s original cost, excluding furniture and architectural fees, amounted to $10.2 million. With cost overruns, the project increased about 2 percent to $10.4 million.

In an interview, he called the change orders “no-brainers.”

“I would be shocked if there is anything anyone can take exception to,” he said.

The district expects to pay $220,000 for furniture and $900,000 for architectural services in the project, bringing the total project cost to $11.5 million.

It will be paid for through bonds, which replace previous debt. No new taxes are expected.

Becoming one building, Limestone Middle School will become more efficient, saving money, Decman said. Instead of two cafeterias and central offices, there will be one of each as a result of the project.

“You don’t have to hire two kitchen staffs,” Decman said.

At Limestone and the district’s three other schools, officials’ long-term plan has been to install air conditioning in every classroom, but not necessarily in hallways, gyms and other non-classroom space, Decman said. That has been an ongoing project district-wide for eight years and should continue for another three, he said.

Renovations at the middle school have been discussed for several decades. The school was last renovated in the 1970s.

The school plans an open house once the addition is completed.

The district’s other major project now is the replacement of the track at Herscher High School. The new one will be eight lanes, rather than the existing six.