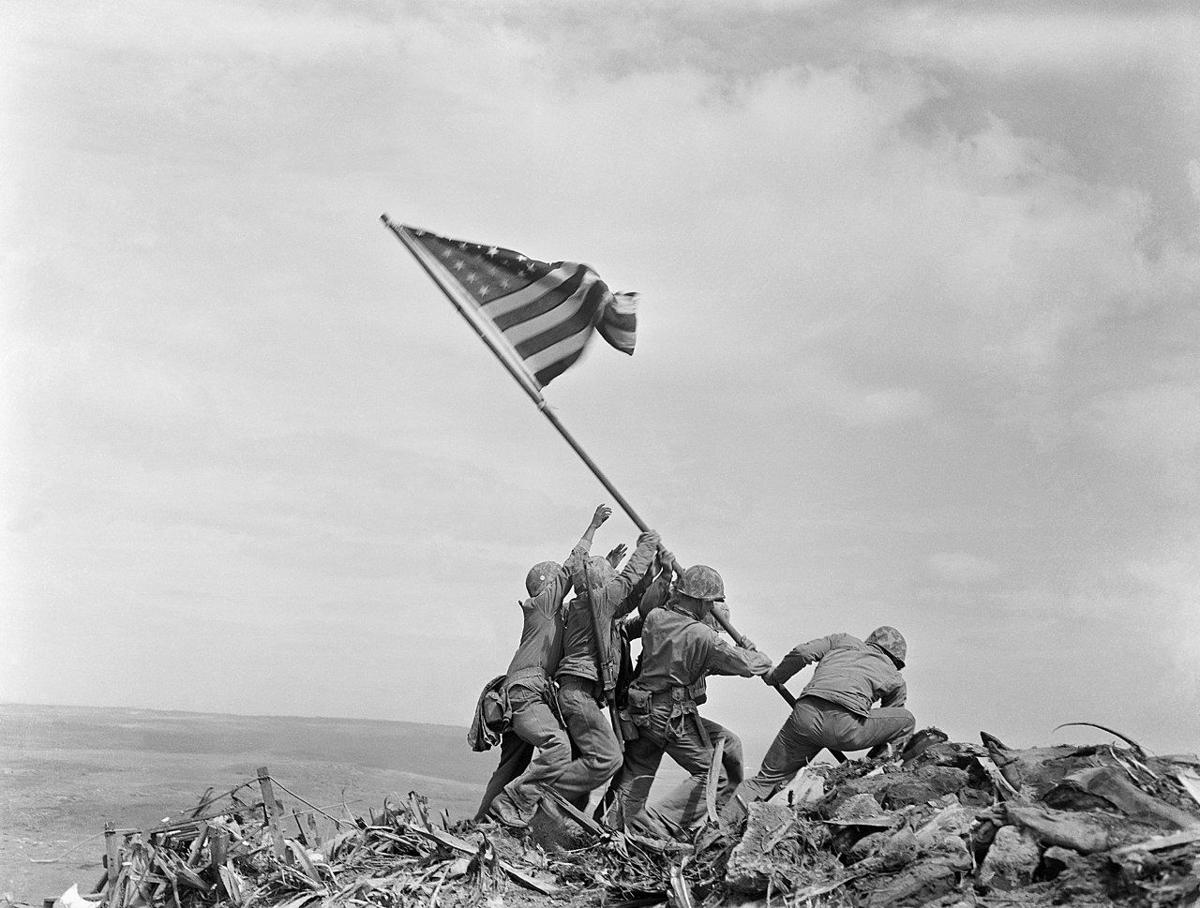 A Bradley resident says his uncle, Floyd Schultz, a Kankakee native, was among the Marines in the famous photo of the flag-raising on Iwo Jima. The Marines say it was another Schultz. 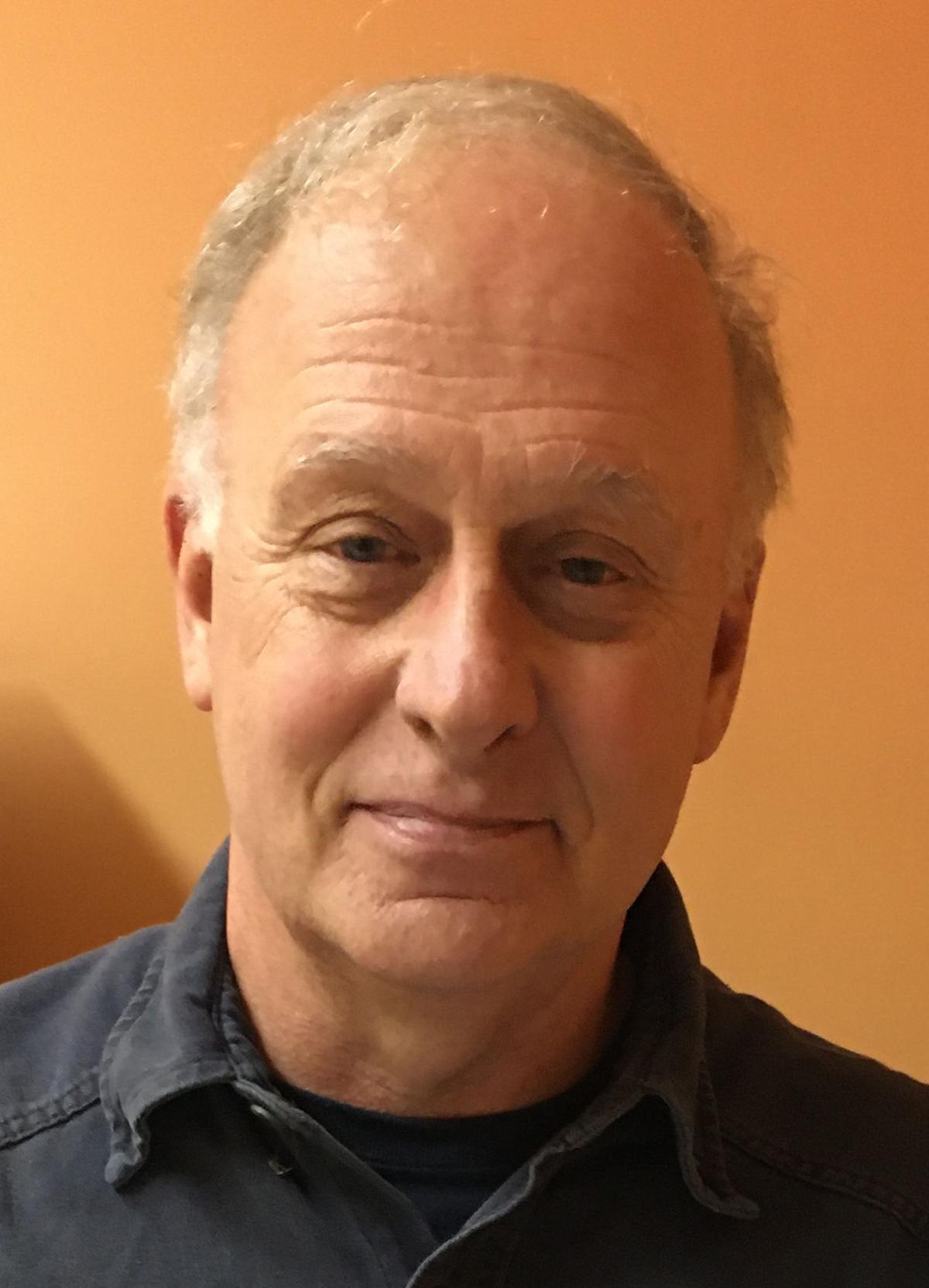 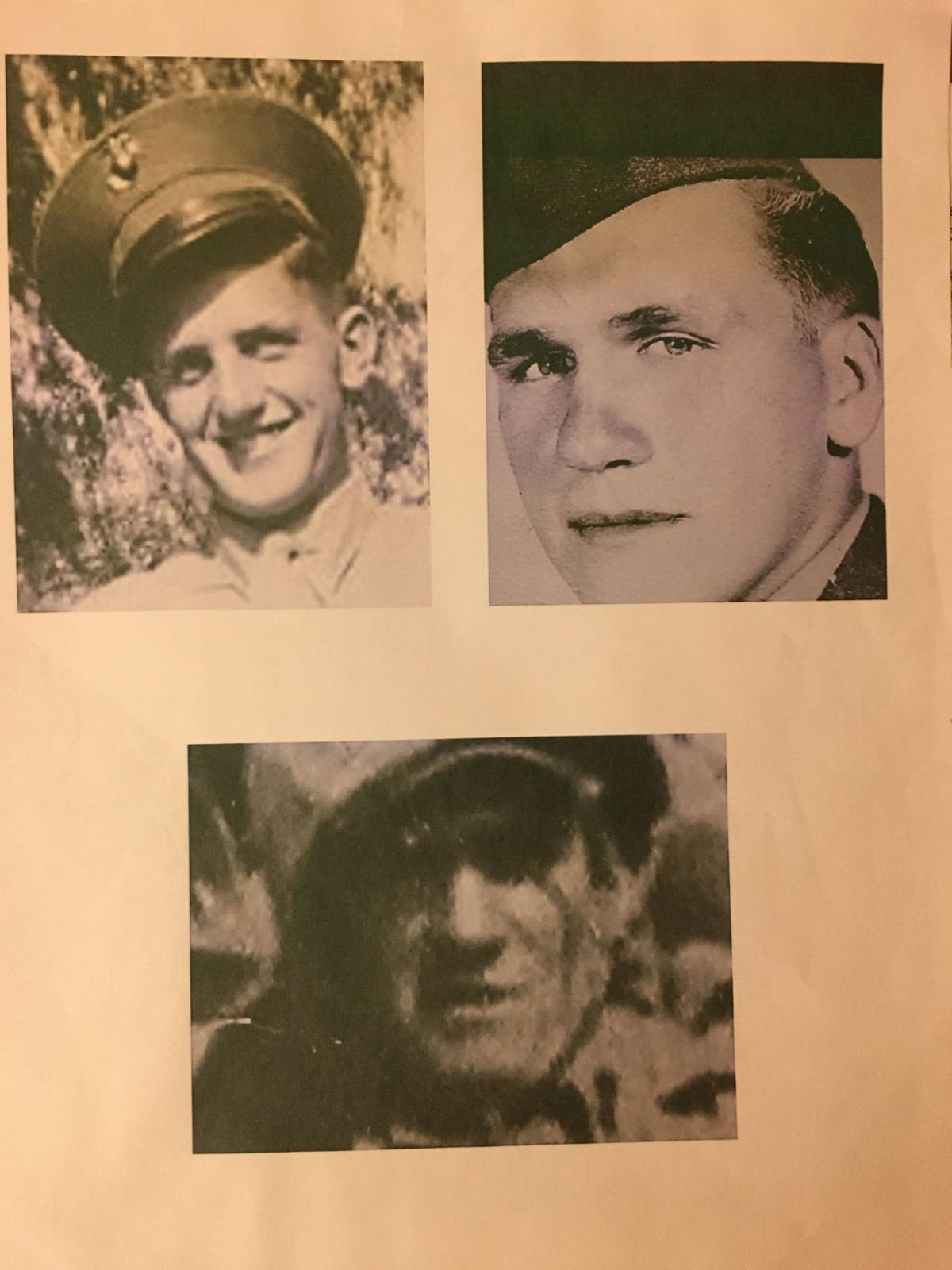 The bottom photo is a blow-up from the “gung-ho” picture of the man the Marines say is Harold Schultz, but a Bradley resident says is Floyd Schultz, a Kankakee native. On top are military headshots of Floyd (left) and Harold.

BRADLEY — Three years ago, the U.S. military corrected the name of one of the six Marines who raised the flag at Iwo Jima in 1945. But a Bradley man says they still have it wrong.

Fred Schultz believes his uncle, Floyd Schultz, was in the famous photo of the six men who raised the flag on the summit of Mount Suribachi after taking Iwo Jima from the Japanese during World War II.

Floyd grew up in Kankakee, fought in the war as a corporal and lived in California for the rest of his life.

Once Marines reached Iwo Jima, there were two flag-raisings. One happened soon after they arrived. The other was a little while later when superior officers wanted to post a larger flag. This second go-around was the subject of one of the most memorable photos from World War II. It is featured in a Washington monument.

Floyd, who died 15 years ago, never told anyone he helped raise the flag, Fred said, but he revealed he was part of a larger group on the summit that posed for a picture taken with the second flag, known as the “gung-ho” photo.

“Even before he said that was him in the photo, I recognized him in the gung-ho photo,” Fred said.

A few years ago, Fred saw the gung-ho photo in a documentary on World War II. The man in the photo he believes was his uncle was identified as Harold Schultz.

“They zoomed into the picture, and I was looking at my uncle. You can imagine the disappointment when they don’t say it’s him,” said the 65-year-old Fred, who repairs industrial electric motors at Kankakee Industrial. “I really believe they sent him up the mountain. It breaks my heart that he hasn’t been acknowledged.”

In 2016, the Marines announced Detroit native Harold Schultz was in the famous photo, saying he had been misidentified as John Bradley from the beginning.

Fred has enlarged the portion of the gung-ho photo that contains of the face of the man the Marines identify as Harold Schultz and compared it to military headshots of both men.

In a Dec. 19, 2016, emailed response to Fred’s concerns, C.P. Neimeyer, the U.S. Marines’ history director in Quantico, Va., admitted Floyd’s photo resembled the one in the gung-ho picture. But he said it was difficult to definitively conclude Floyd’s identity without more evidence.

Neimeyer presented a list of information about why the Marines believe it was Harold in the photo. He cited a platoon commander who identified Harold at the time. And Harold, who died in 1995, said it was him in the picture.

Neimeyer also said Floyd was in another company and that “as far as we can tell” was never assigned to the unit that took Mount Suribachi.

While Neimeyer said the Marines believe both Schultzes bear a resemblance to the person in the gung-ho picture, forensic analysis and “strong corroborative evidence” favor Harold.

Fred stands by his claim, saying people at the time confused two men with the same last name.

“I can see why they got it wrong,” Fred said. “[The Marines] note people who knew Harold intimately. They probably didn’t know Floyd. He wasn’t in their battalion. Sometimes they were so scattered by combat, they would lose much of their unit. They would then catch up with another unit.”

According to military records, Floyd was injured when shrapnel struck his right leg.

Neimeyer made a point to praise Floyd’s quick return to service after he was hurt. He noted Floyd was wounded in action and the severity of his injury did not require him to immediately return to duty. “Yet, he convinces his doctors to let him return to his unit so that he can face more horrific combat,” he said.

Fred’s own father, Clarence Frederick Schultz, also served in the military in World War II. The war ended by August 1945, before his father could go overseas. He was likely headed to Japan.

“Most likely, if the U.S. hadn’t dropped the atomic bomb in Japan,” Fred said, “I wouldn’t be here.”