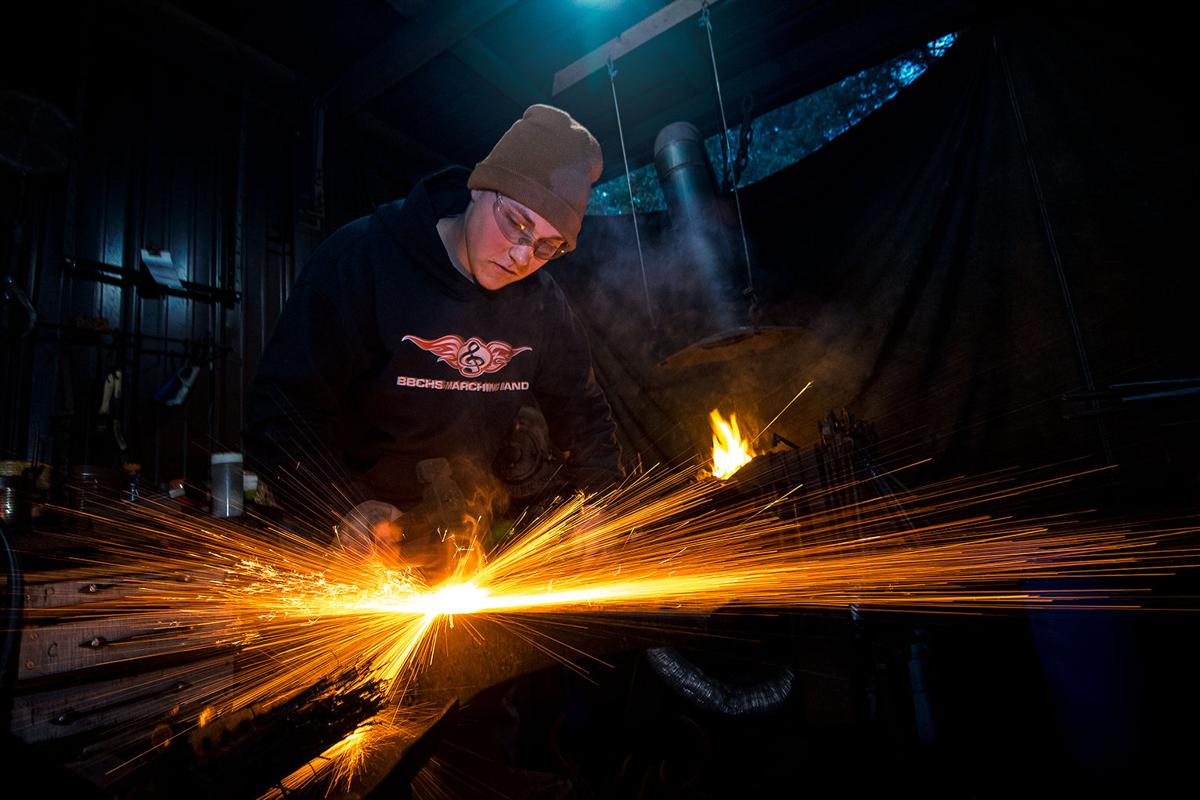 Andrew Phelps hammers a piece of metal last week in his metal shop. The 18-year-old Bourbonnais resident has been a blacksmith since he created his own forge at 12 years old. 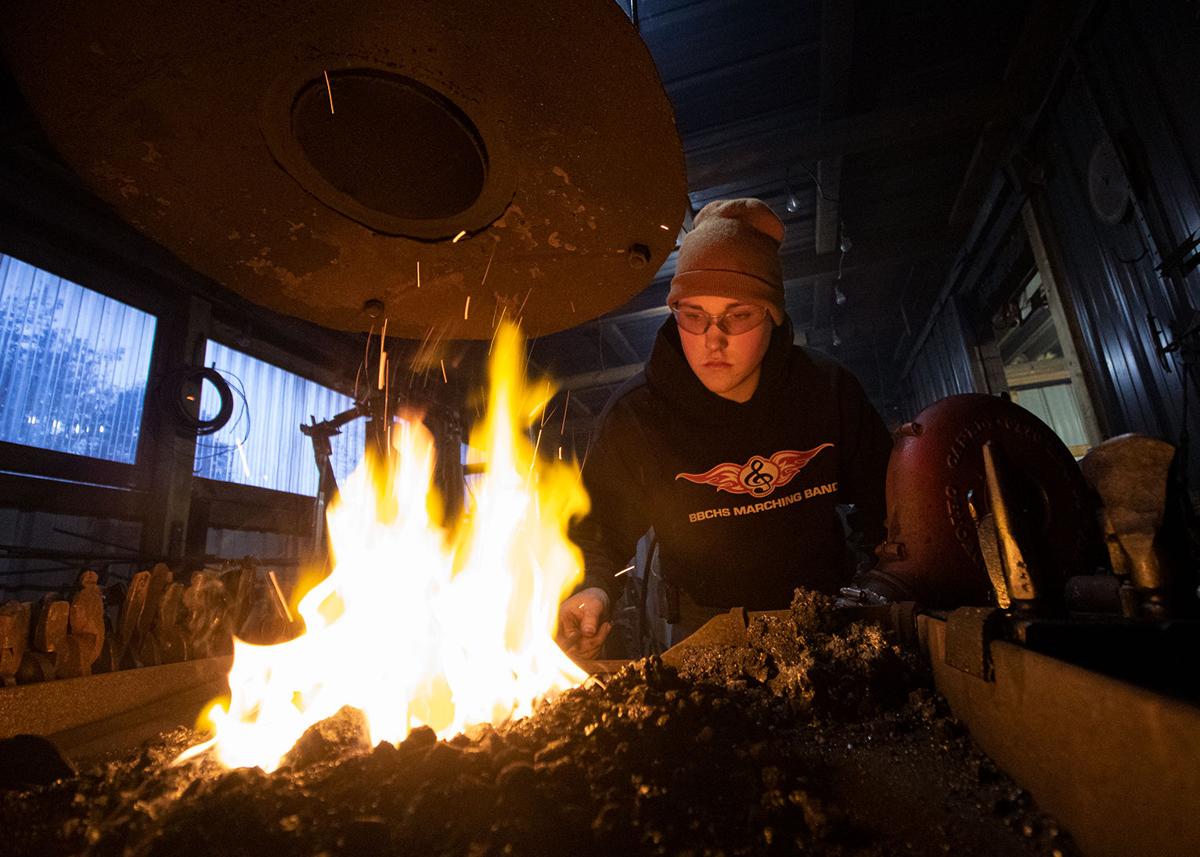 Andrew Phelps hammers a piece of metal last week in his metal shop. The 18-year-old Bourbonnais resident has been a blacksmith since he created his own forge at 12 years old.

BOURBONNAIS — Sparks flew as Andrew Phelps hammered away at a scorching hot piece of metal he was shaping into a leaf.

“This is the best time of the year to do this,” the 18-year-old said inside his shop full of tools and scrap metal behind his parents’ house. “It gets so hot in here with my forge burning. But even in the summer, I spend hours out here.”

Blacksmithing has been part of Andrew’s daily routine ever since he started learning the old-fashion trade as a 12-year-old. His interest in the trade sparked from his late grandfather, Don Phelps, who had a small anvil and some hammers.

“This runs through my blood,” Andrew said. “My grandpa lived on a farm. He always fabricated his own parts.”

So does Andrew. After watching several YouTube videos and reading dozens of books, he created his own forge. He has forged and accumulated a wealth of tools for his metal shop.

Over the years, he has purchased and received tools from other blacksmiths and family members.

“When he was a kid, he would chop down multiple big trees with an ax,” his uncle Todd Peters recalled. “His parents started buying coal when he was about 12 years old. He would go through it all winter long. I remember him having a hairdryer out there so he could get the coals hot enough.”

Andrew’s operation quickly outgrew his parents’ garage. He built a metal shop in their backyard. Whenever he isn’t working or going to school, he is out there making ornamental items out of metal.

He crafts anything from coat racks and decorative crosses to his own tools, including an electric power hammer. The most difficult item he made was a custom logo for a rancher at a 4-H fair in Ottawa, in which he only used forge, anvil and vice.

“I make whatever I need to get me through the next job,” he said. “When I see something I want to make, I’ll watch one or two videos. Sometimes, I’ll see a picture and have an idea in my head. It doesn’t take me long to figure it out.”

That firsthand experience with blacksmithing has inspired Andrew to pursue a career in welding. The 2019 Bradley-Bourbonnais Community High School graduate studied welding for two years at the Kankakee Area Career Center. He now is studying the trade at Kankakee Community College.

“Andrew was one of those kids who blended in. Then, when you get to the end, you realize he was one of the better welders we had,” said Mike Gall, the career center’s welding instructor.

“That is a compliment to him. He kept his head down, worked hard and did great work. He is humble. He always wanted to be better.”

Gall believes Andrew, with experience in blacksmithing and welding, can become a successful fabricator. That is Andrew’s plan.

As he hammers away in his shop, Andrew can’t help but think about his origin in blacksmithing and where it will take him.

“This art all started with having a hole in the ground and hitting a piece of steel on a rock,” he said. “For me, it’s a big accomplishment starting out with the little bit I had to now having my own shop and needing to expand my shop with all the tooling I have.”