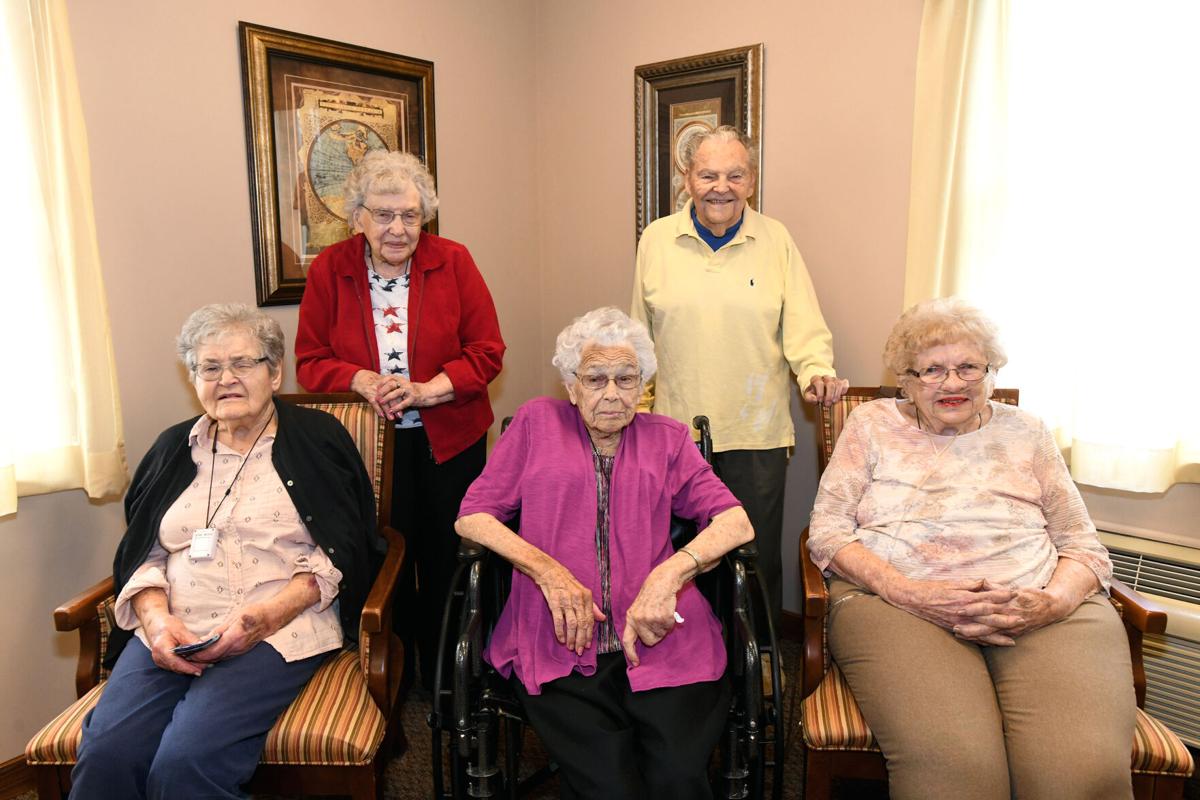 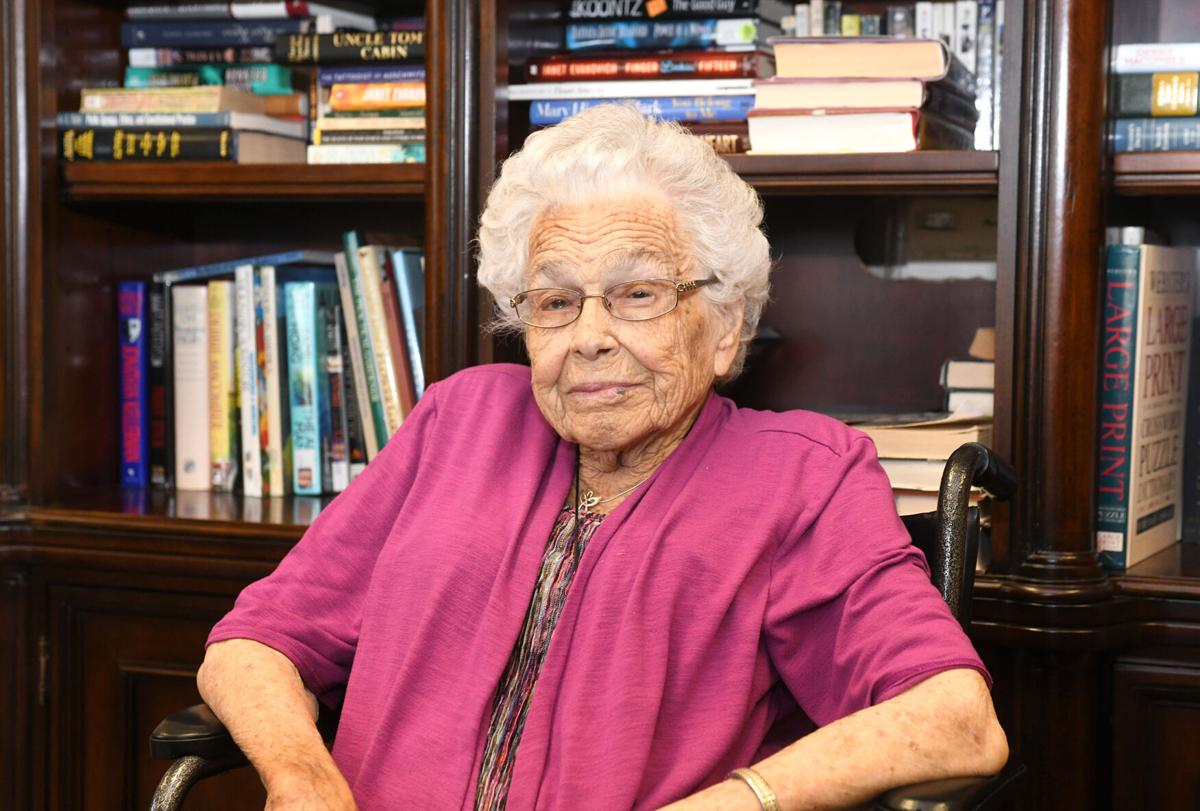 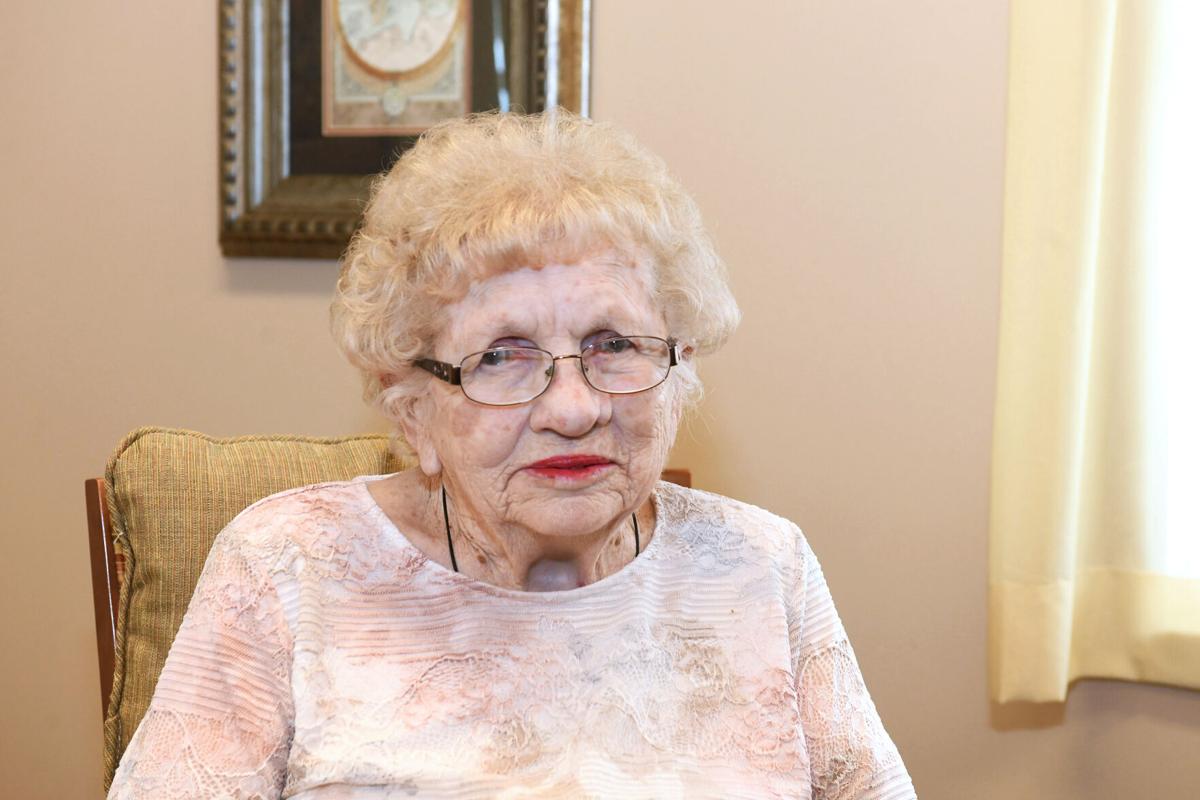 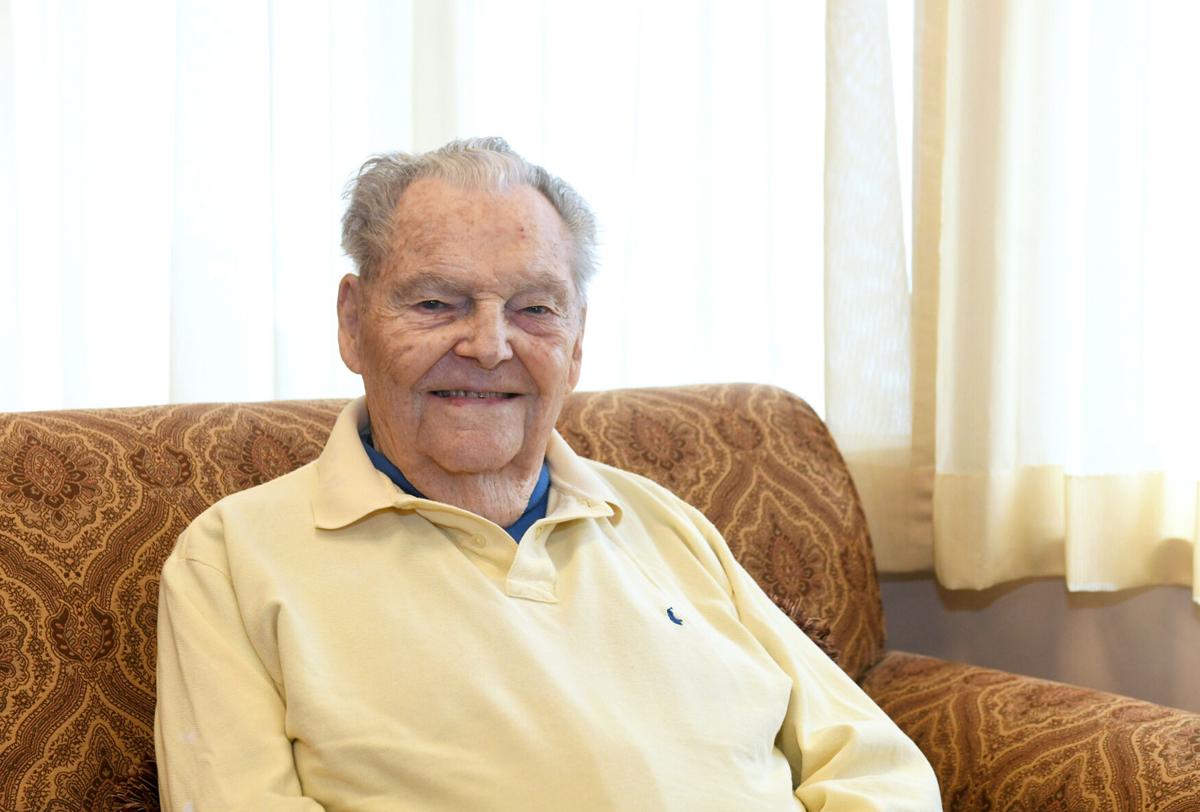 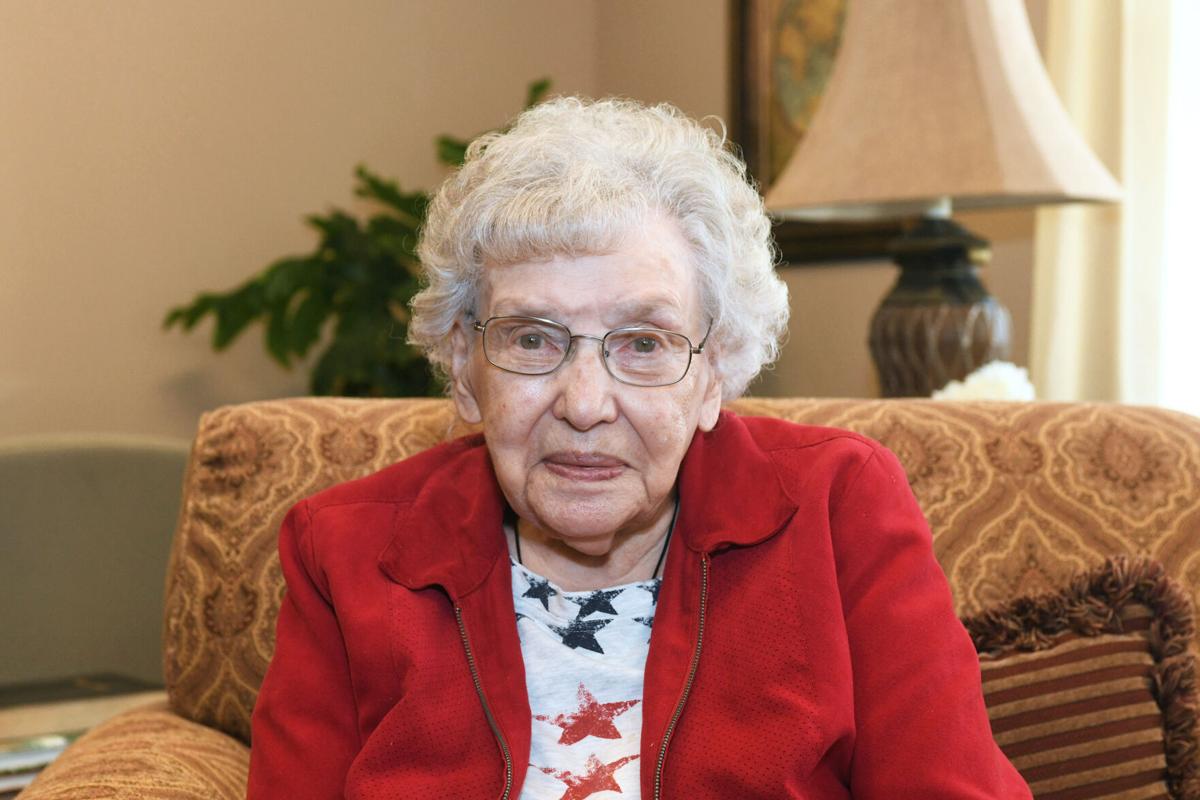 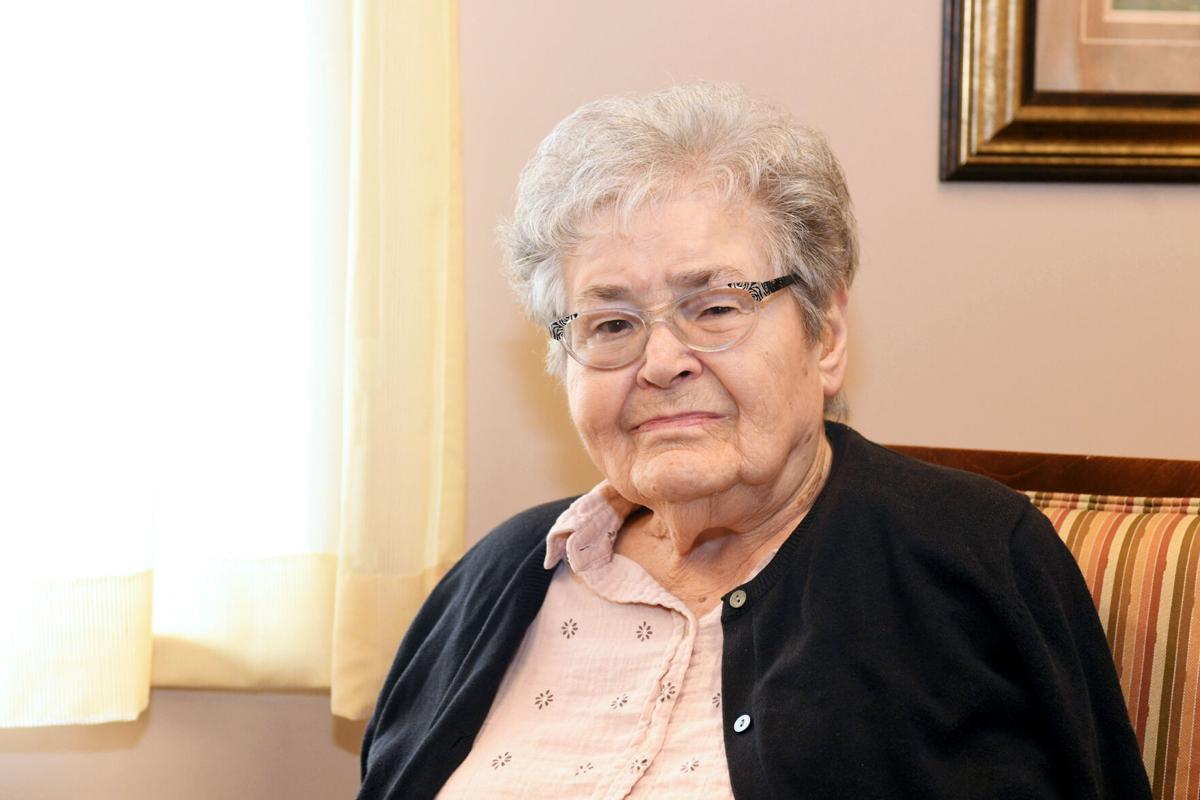 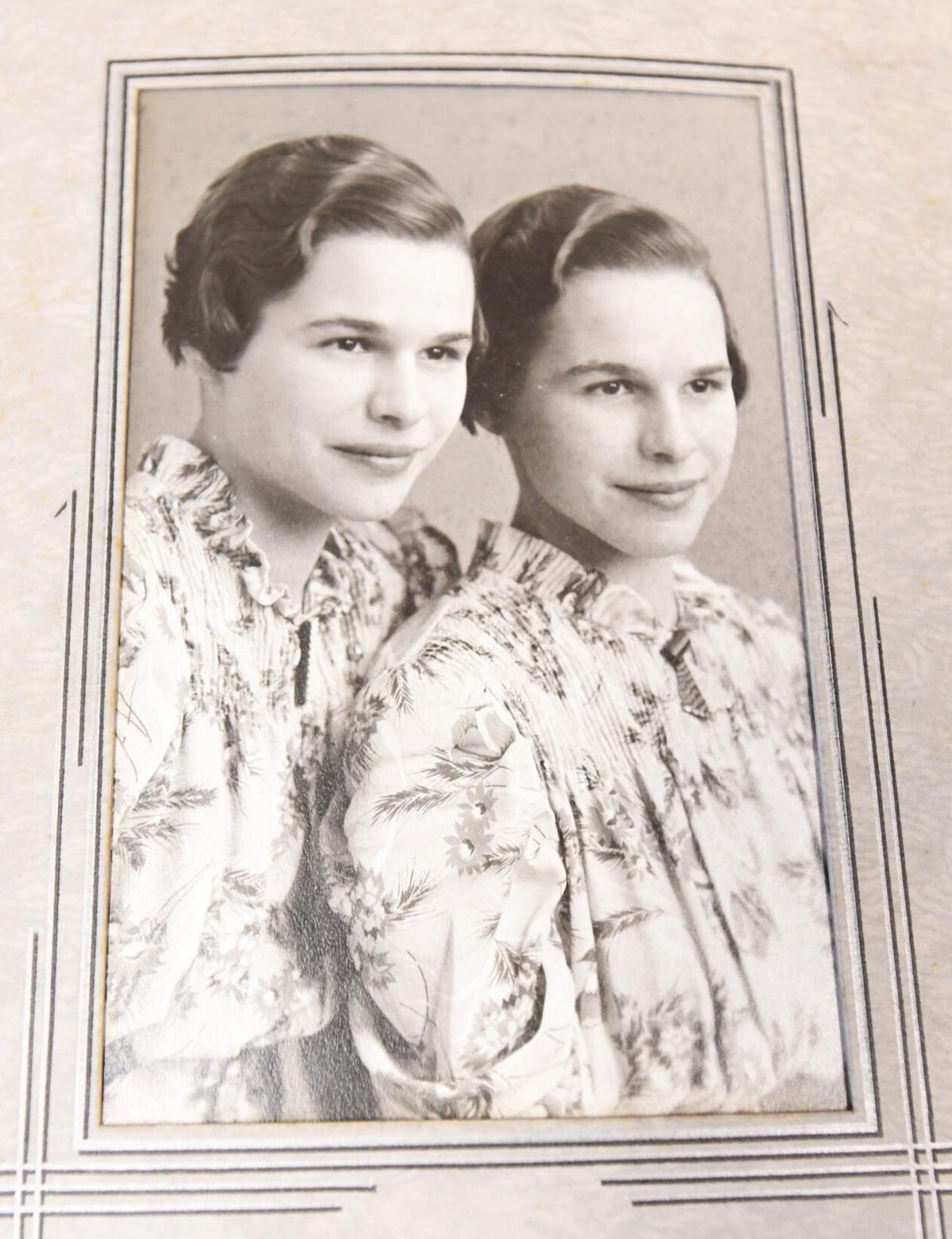 In this old photograph, Roscella Piper poses with her identical sister Marcella, who passed Nov. 19. They grew up in Herscher and lived on farms outside of Union Hill and in rural Bonfield. 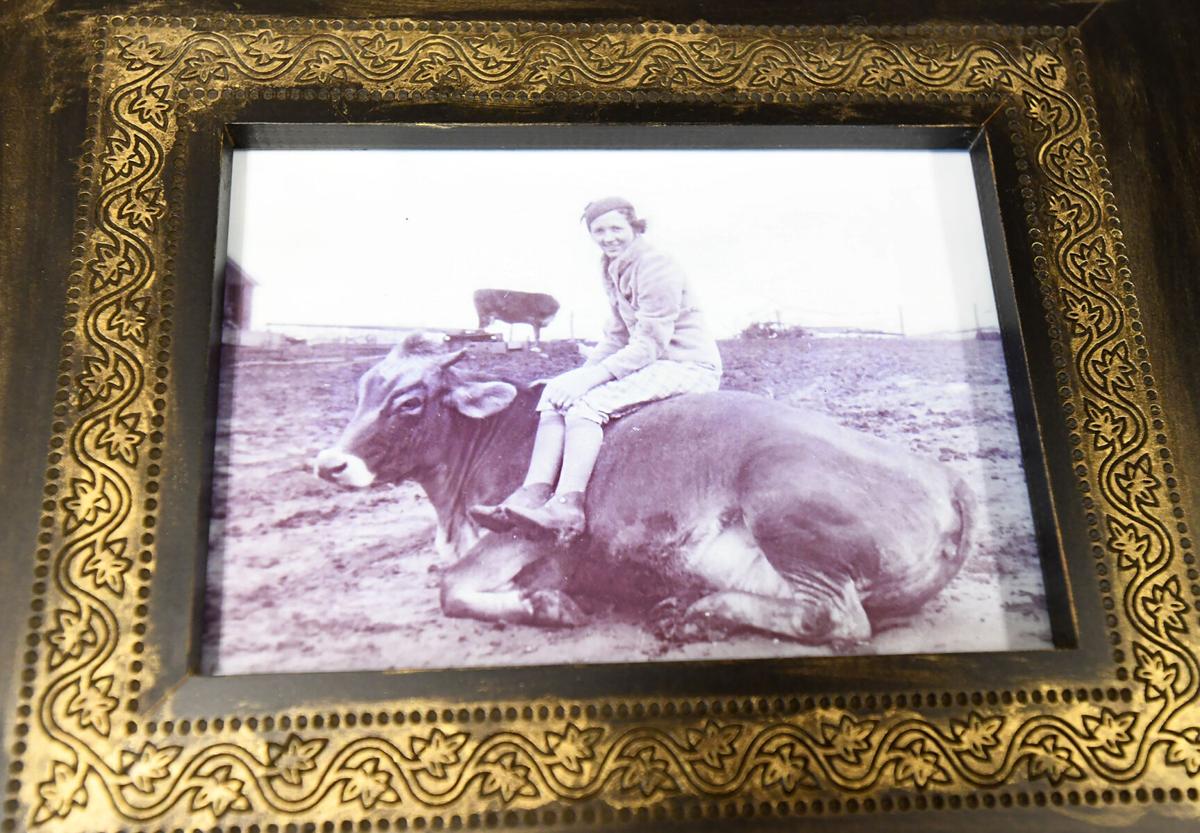 At age 18, Gen Berger sits on a Brown Swiss dairy cow on the family farm in Buckingham. 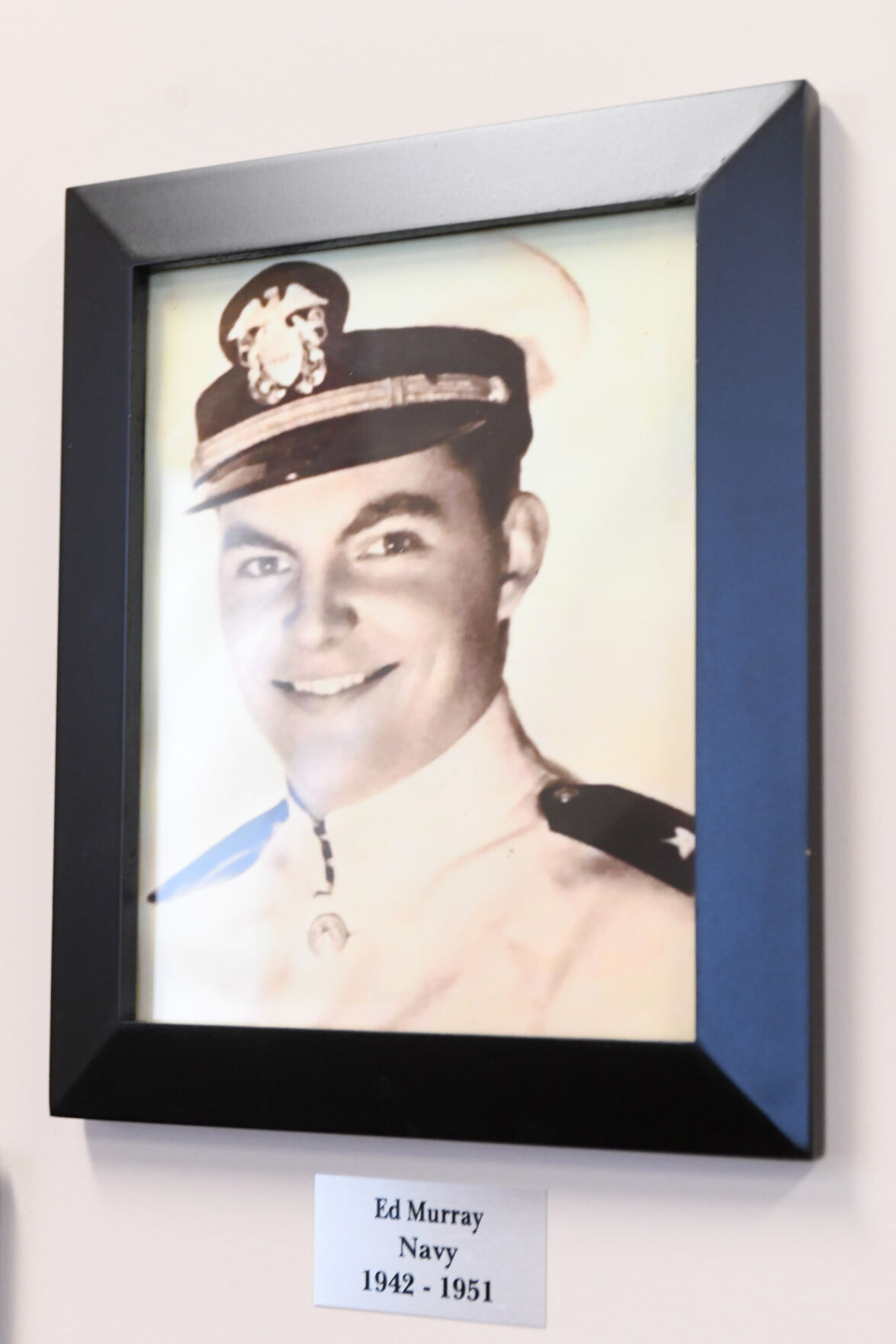 A 1942 portrait of Ed Murray during his service in the Navy. 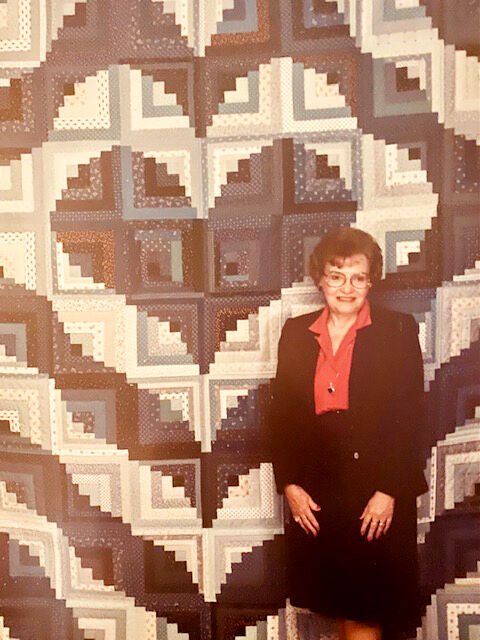 Marjorie Kersch, an avid quiltmaker and seamstress, poses with one of her prize winning quilts 40 years ago. 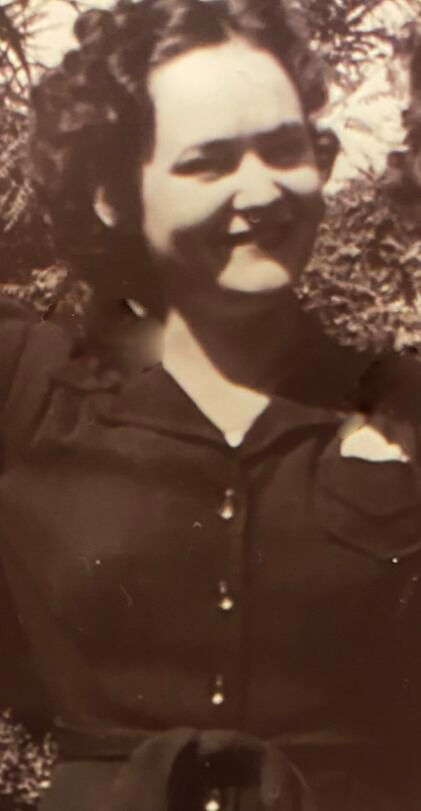 In this old photograph, Roscella Piper poses with her identical sister Marcella, who passed Nov. 19. They grew up in Herscher and lived on farms outside of Union Hill and in rural Bonfield.

At age 18, Gen Berger sits on a Brown Swiss dairy cow on the family farm in Buckingham.

A 1942 portrait of Ed Murray during his service in the Navy.

Marjorie Kersch, an avid quiltmaker and seamstress, poses with one of her prize winning quilts 40 years ago.

HERSCHER — The chance of living to be greater than 100 in the United States is a little bit less than one in 5,000.

Harvest View Senior Living in Herscher has five residents who are centenarians or just shy of the 100-years-old designation.

Together they represent 500 years of life.

It is an extraordinary gathering of age, experience and wisdom in the Herscher facility, where the average age of the residents is 87.

One of the group is a decorated World War II veteran. Another is the surviving half of a set of twins. Two were world travelers. Four lived on farms. Together they have 17 children, 33 grandchildren and at least 66 great-grandchildren.

Answering a form, one senior said his number of grandchildren was in the plus range. Asked about great-grandchildren, he said, “yes.”

Roscella Piper is the twin. Her identical sister, Marcella, passed Nov. 19. She grew up in Herscher and lived on farms outside of Union Hill and in rural Bonfield. She ran the equipment at times on the farm, but also was noted for bringing out cakes and pies to those in the field. Her homemade cinnamon rolls were a hearty plus.

She was a baker of note, doing a great job with apple, pumpkin and coconut cream pies. She raised and canned vegetables: radishes, carrots, beats and beans. The family also had fruit trees.

A 2019 feature story about the twins when they turned 100 noted her as a determined woman with years still ahead of her. Her hobbies included needlepoint and embroidery.

Gen Berger was born in Essex and spent most of her life on the family farm in Buckingham. A longtime member of Trinity Lutheran Church in Herscher, she says God has been good to her.

Her explanation of her longevity is simple.

She remembers driving a team of horses, along with vegetable and flower gardening. She keeps busy with crossword puzzles and loves to play cards, including bridge and euchre.

Ed Murray was born in Brooklyn, grew up on Long Island and spent most his life in Momence, but his most exciting moments came in the Navy. A graduate of Notre Dame University, he volunteered two weeks after Pearl Harbor. He rose to be a lieutenant commander, guiding ships that helped repair battleships.

The war ended for him Sept. 1, 1945, and he was on his honeymoon, when he was called back to service to help bring the boys back home.

He earned three bronze stars and wrote his reminiscences of the war. He survived five typhoons in the Pacific, despite being swept overboard once. He was offered promotions to stay in the service, but came back home. His life, both in the service and in business, saw him visit 59 countries.

Ed still cooks many of his own meals at the home.

Gene Wood was raised on a farm, but moved to Kankakee at age 18. She graduated from Kankakee’s Gallagher Business School.

“Mrs. Gallagher was quite a lady,” she says.

She then embarked on a career as an accountant, keeping the books for too many companies to mention, she says. She plays euchre, loves to read mysteries and westerns and watches “Jeopardy.”

Her parents were long-lived, she says, leading to her own longevity. Harvest View offers chair exercises for the senior residents and Gene is a regular participant.

Marjorie Kersch was born in Otto Township on the land where Kankakee Community College now sits. She spent most of her life in Essex and Herscher.

A world traveler, she visited England, Ireland, Scotland, Wales, Australia, New Zealand, Japan, the Philippines and Hawaii, often with her friend Jane Dickman. Yet of all the stops she made, she liked the American West the best.

She reads and writes poetry, but really made a name for herself by quilting. She made and gave away hundreds of quilts, often supporting the missions of the Bonfield Evangelical Church. Macular degeneration, “a big blow,” has robbed her of some of her pastimes. Still, she says, the day goes by faster than she thought it would.

She attributes her long life, she says, to “eating her vegetables.”

She liked all of them. She likes them with butter and salt.