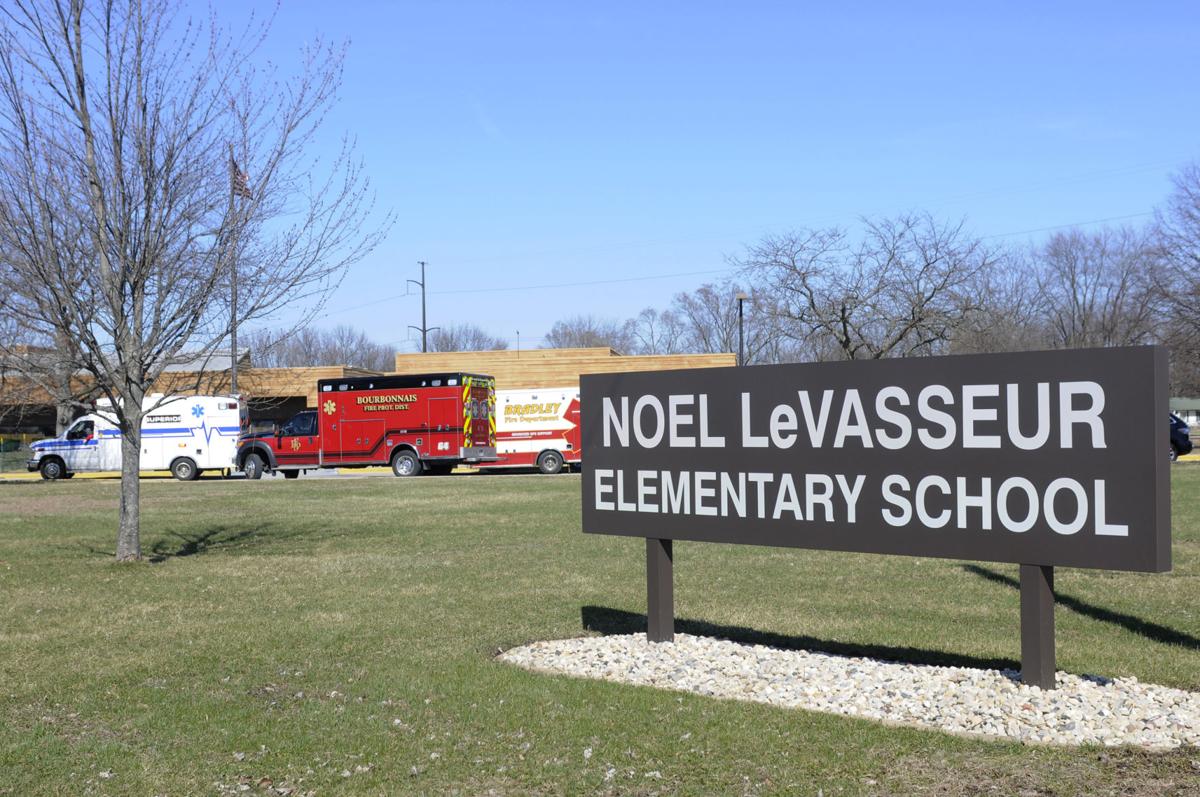 Ambulances from all over the county responded to a call at Noel LeVasseur School in Bourbonnais Thursday afternoon. 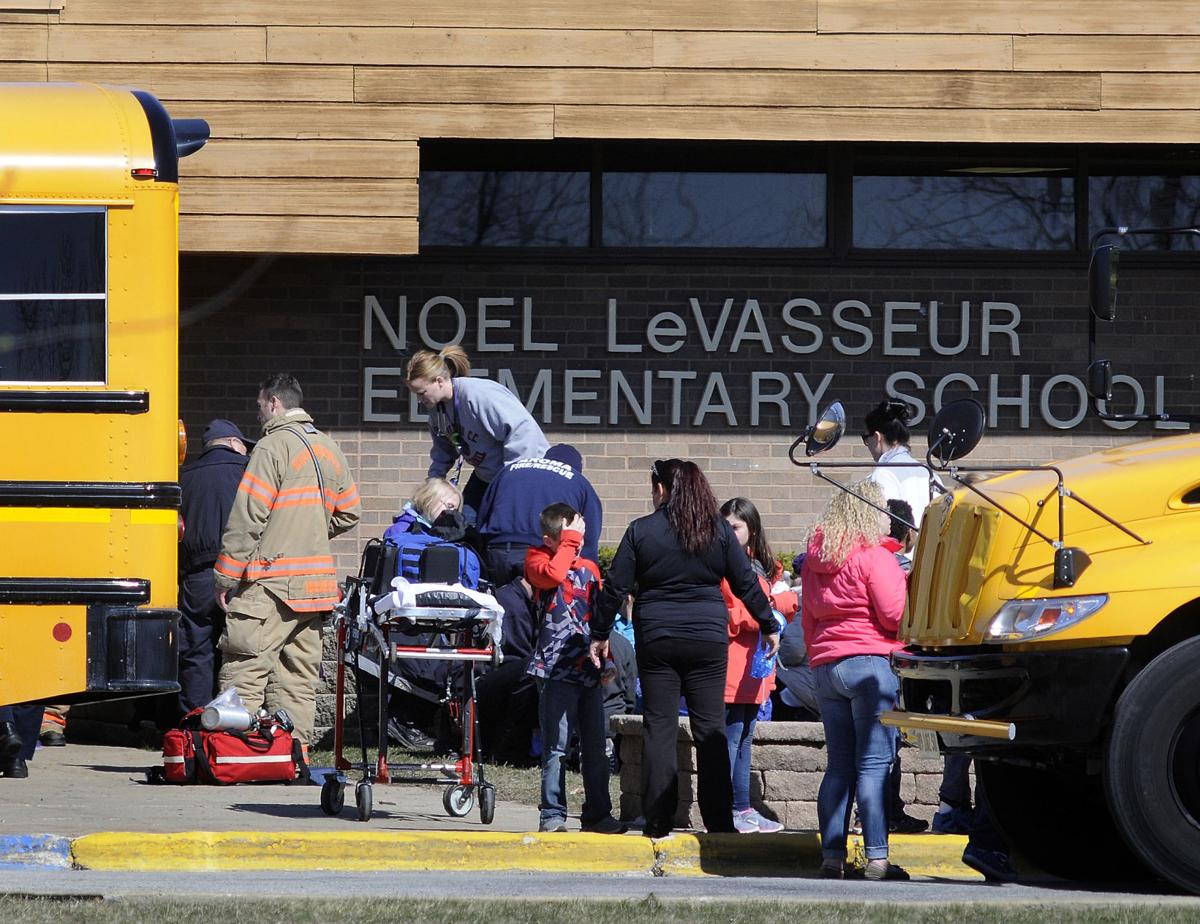 Ambulances from all over the county responded to a call at Noel LeVasseur School in Bourbonnais Thursday afternoon.

Fire officials say a ventilation issue in a boiler room is what sent 48 students and staff to the hospital after they were overcome by carbon monoxide on Thursday afternoon at Noel LeVasseur Elementary School in Bourbonnais.

"We believe the breeze caused some of the exhaust to be sucked in by our outdoor fresh air intake," Superintendent Dan Hollowell said. "Although not dangerous, it's enough to be an irritation."

Hollowell said Bourbonnais fire and the district's HVAC contractor later tested the building and determined that there were no dangerous levels of carbon monoxide or any other gases. But Fire Chief Ed St. Louis said several students and teachers showed exposure to some level of carbon monoxide, an odorless gas that can be fatal.

All the affected students and staff have been treated and released from local hospitals.

St. Louis said some people refused treatment on site and some parents said they were going to take their child to be checked out.

Hollowell said the school has a back-up generator that runs a 30-minute test cycle when not in use.

"It is timed to run at night but the timer had malfunctioned, we believe," he said. "It was not showing the correct time."

Additional carbon monoxide detectors have been installed in each classroom and they will continue to monitor them, Hollowell said.

Those who became ill were from several classes in the north part of the school, located on Bethel Drive, according to St. Louis.

None of the school's CO detectors went off and carbon monoxide was not detected in the rooms, Hollowell said.

Still, the entire school —  350 students, K through 4, and 35 staff — were evacuated at 2 p.m. Thursday, about an hour after the school first called to report a smell of gas. The students were taken to nearby Liberty Intermediate School, where more students were showing signs of CO exposure — dizziness and nausea — and were also taken to the hospital.

"There was no proven source, so it was best to err on the safe side," Hollowell said.

An email and robocall went out to parents about the evacuation indicating where they could pick up their children. Parents of students taken to the hospital were called individually, Hollowell said.

"Once you see all these ambulances head toward a school ... I just had all these horror stories going through my head," said one parent, Nathan Martin, whose son is in kindergarten. Martin said he received a mass email at 2:27 p.m.

Shortly after 3 p.m., two hours after the initial 911 call, ambulances arrived at Liberty as several LeVasseur students and teachers  complained of being nauseous and dizzy. Nine more students were taken to hospitals. Three adults affected were going to the hospital on their own, St. Louis said.

"I commend the staff, first responders for their efforts today," Hollowell said. "Officer Travis Garcia, our school resource officer, keeps our plans up to date. The preparation by everyone helped tremendously."