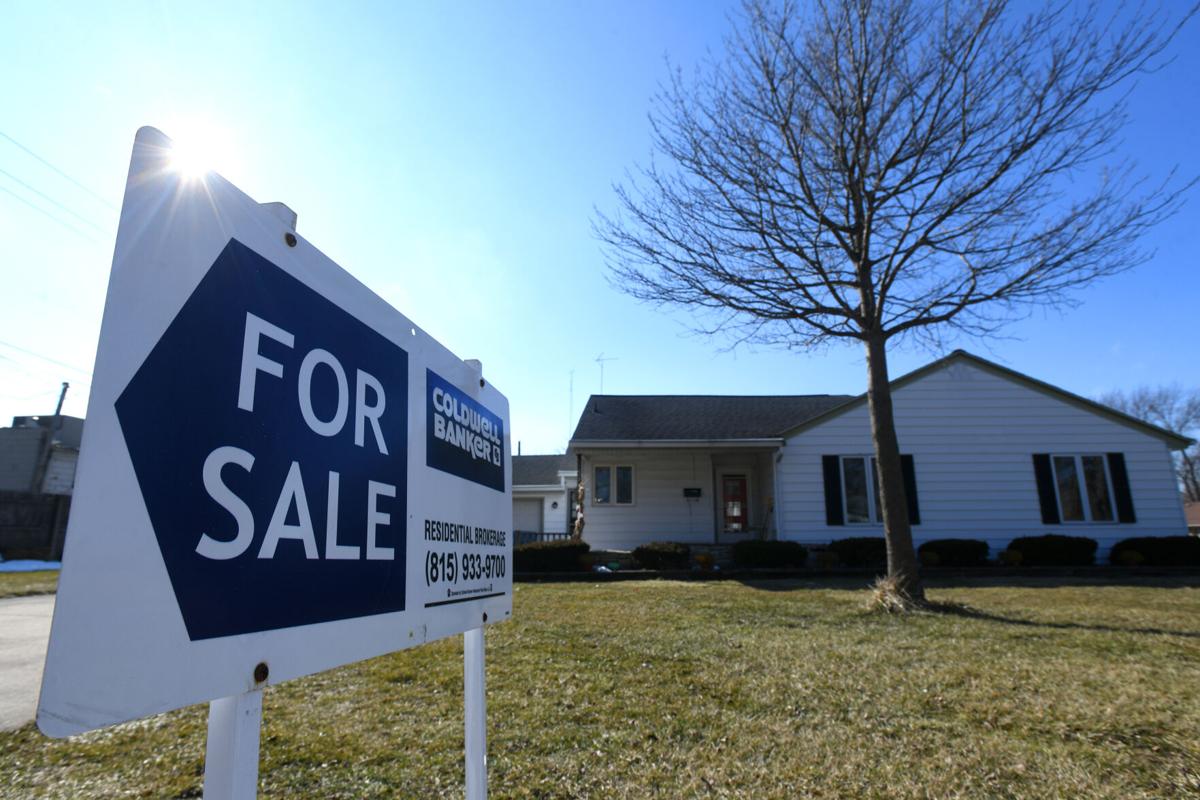 A for sale sign adorns the front yard of a home on the market in Kankakee. The pandemic caused a short-lived slowdown of the housing market in the spring of 2020 but it came roaring back. 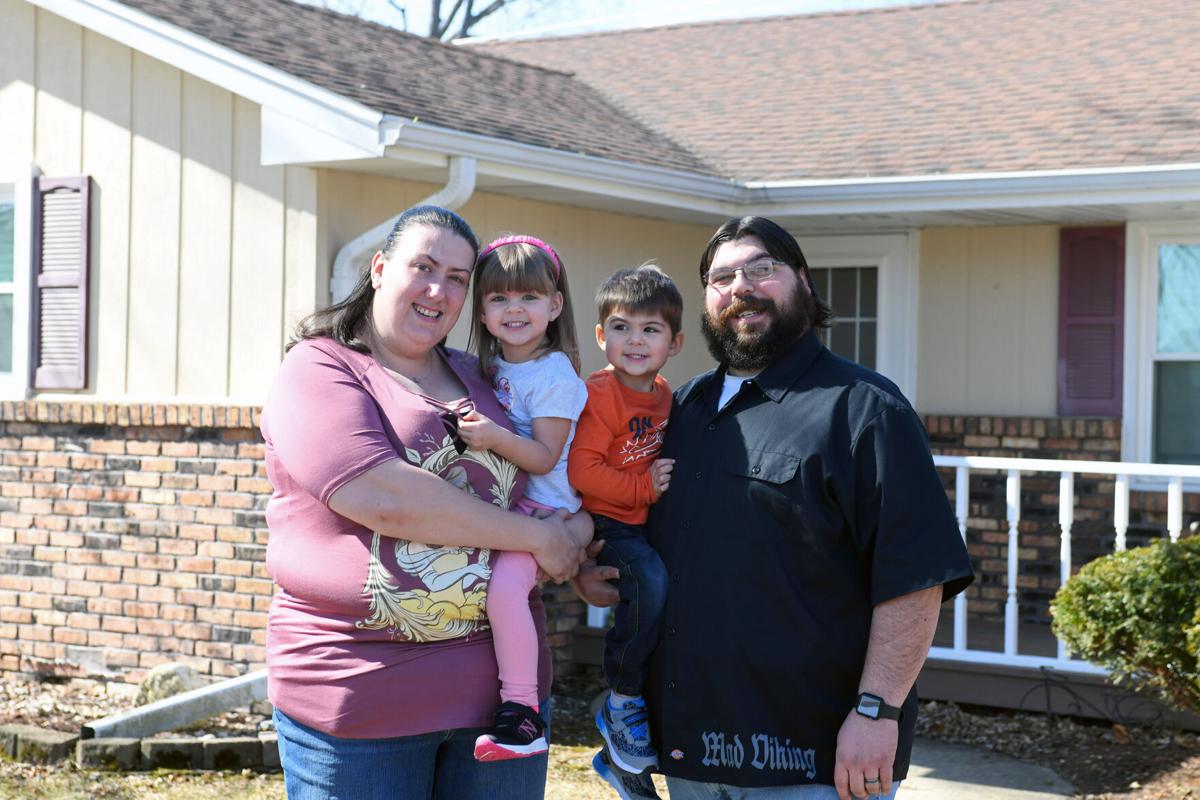 Dan and Lisa Trahan, of Bourbonnais, hold their 2-year-old twins, Audrey and Michael, in front of their new home. The family is one of many that jumped into the home-buying pool of 2020, contributing to a 17.5 percent increase in county housing sales from 2019. READ MORE. 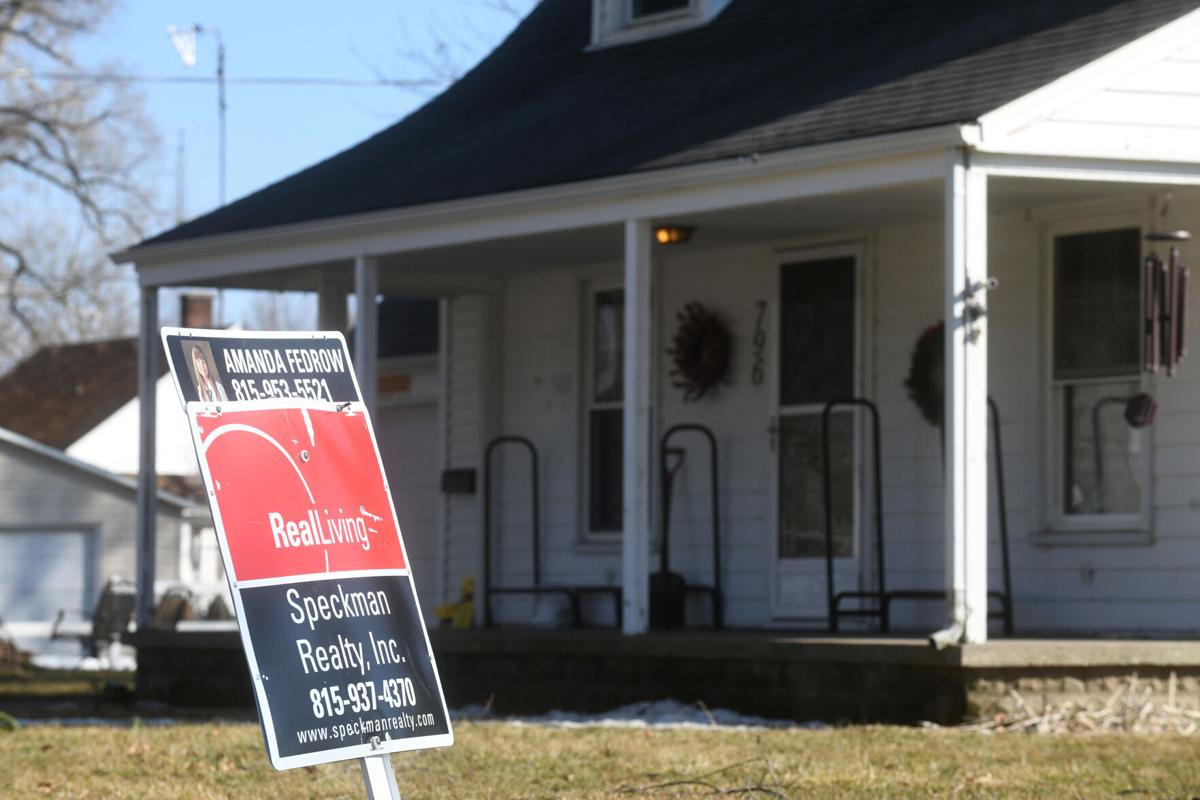 A realty sign is displayed in the front yard of a home on the market in Kankakee.

A for sale sign adorns the front yard of a home on the market in Kankakee. The pandemic caused a short-lived slowdown of the housing market in the spring of 2020 but it came roaring back.

Dan and Lisa Trahan, of Bourbonnais, hold their 2-year-old twins, Audrey and Michael, in front of their new home. The family is one of many that jumped into the home-buying pool of 2020, contributing to a 17.5 percent increase in county housing sales from 2019. READ MORE.

A realty sign is displayed in the front yard of a home on the market in Kankakee.

BOURBONNAIS — Daniel and Lisa Trahan had been doing all the right things as they prepared to buy a home.

They got their credit in order, put together money for a down payment and began to explore the housing market from afar.

With all of those factors checked off, the parents of 2-year-old twins became pre-approved for a home loan and in early January set out to buy their first home.

They had no idea what they were about to encounter.

Instead of being able to negotiate the homeowner’s asking price in a downward direction, they discovered they would be required to pay above the asking price. Competition among prospective buyers was fierce.

They learned if there was a property which checked off their boxes of must-haves, they were going to have to act and act quickly. Contemplating a purchase overnight was not an option.

“I had been paying attention to the market. I could not believe how fast homes were moving,” Lisa said. “It was very competitive.”

Upon finding the first house the couple agreed would be a great home for them, they made an offer above the seller’s asking price.

They were shocked to learn they had been outbid.

They found another home they desired. This time they put in a bid at $4,000 over the asking price. They got the single-story, 1,460-square-foot property, which was built in 1976.

“If we wanted the house, we knew we had to make an offer right away,” she said. The couple took possession of the house in mid-February.

The situation the Trahans experienced has been repeated hundreds of times in Kankakee County.

To sum it up, the Kankakee County real estate market is hot. Extremely hot. Red hot.

Since then, real estate agents are working overtime to get anxious homebuyers into properties.

And realtors have one problem in common: There is not enough housing inventory to satisfy the home-buying demand.

While the COVID-19-induced pandemic and economic slowdown may have caused a number of industries to pump the brakes, don’t count the world of residential real estate among them.

2020 was an incredible year in terms of the housing market in Kankakee County and 2021 appears to be on this same course.

According to data from the Kankakee-Iroquois-Ford Association of Realtors, the total sales volume in 2020 rose to just over $218 million in Kankakee County. In 2019, in what most would describe as a year of prosperity, the total sales was $185.5 million.

And home sellers are cashing in on the home buyers’ quest for a new house.

And to show the supply-and-demand situation, she noted in December 2019, there were 309 homes for sale. In December 2020, the inventory had been slashed by 42 percent, to 178 homes.

“Obviously we were not expecting that to happen,” noted Gina LaMore, owner and managing broker for LaMore Realty of Manteno. LaMore explained after the first two months of the pandemic — March and April — the housing market, which had been strong prior to the two months, simply took off.

“It was truly insane. My summer was just pure insanity. We were working all day long,” she said.

Like Grant, LaMore said the only obstacle is the lack of available housing.

Inventory is a problem statewide. According to the Illinois Realtors, there was an inventory of 18,928 single-family homes statewide at the end of 2020. At the conclusion of 2019, the figure was 36,797.

So what is driving such movement?

Two things. First, during the pandemic people found their homes to be smaller than what they needed due to increased use. Secondly, cheap money. Interest rates are in the low 3% range and when money is less costly to borrow, it allows buyers to raise their debt level.

Sue Miller, Illinois Realtors president, described 2020 as the strangest year she has experienced in 34 years as a real estate professional.

“It was the hottest market and the most unpredictable market. It was the first we as humans have had to use our homes for more than rest and shelter. We truly used it for every aspect of our lives and people discovered their homes didn’t have what we wanted,” she said.

Once it became clear the pandemic would be an extended event and many people have discovered their work situation may never return to pre-pandemic normalcy, they began seeking a home to handle this need.

And with more demand than supply, it becomes a seller’s market.

“It’s crazy across the board,” Miller said. “There is not a marketplace that is not experiencing this in some fashion.”

“This market will remain like this through the fall,” LaMore suggested. “But it has to give.”

But until then, buyers and sellers may want to strike while the iron is hot.

“There has never been a better time to sell. People are routinely getting more than the listing price,” LaMore said. “I tell my buyers, ‘Present your biggest and best offer.’ I don’t like to be pushy, but I’ve had to be pushy.”

On the flip side, people selling their house obviously are paying more to replace the house they just sold.

Miller said this red-hot market will continue as long as home buyers outpace home sellers. Until those forces level, buyers can expect stiff competition for homes.

“Sellers are in a great position as long as it remains a seller’s market.”