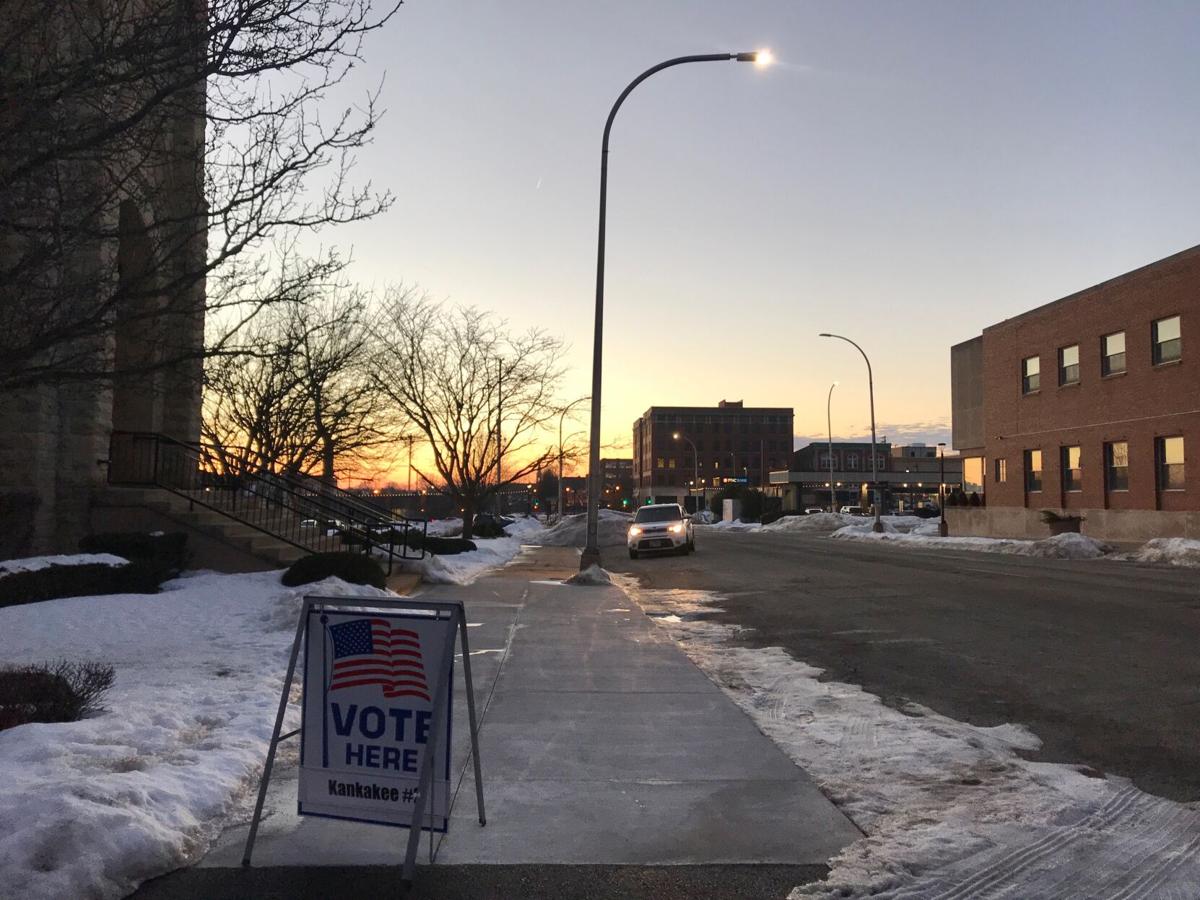 KANKAKEE — Kankakee County Clerk Dan Hendrickson predicted 15 percent of the 13,485 registered voters in the city of Kankakee will cast ballots in today’s primary race as voters will decide who will run on the Republican and Democratic parties' tickets in the April 6 municipal election.

As of 2:40 p.m., Hendrickson said 761 people had voted. There were no problems reported at any of the 11 polling places in the city. Polls are open until 7 p.m. today.

There were 1,080 ballots cast during the early voting period, which concluded Monday, with 75 percent to 80 percent of those cast on Democratic ballots, Hendrickson said. Early voting began on Jan. 14.

This primary's turnout already exceeds the previous mayoral primary election's turnout in February 2017, when then Kankakee County Clerk Bruce Clark said the 1,030 vote total was the lowest mayoral primary participation the county had seen in at least 25 years. At the time, incumbent two-term Mayor Nina Epstein was unchallenged as the Republican candidate and the Democratic ballot was split between four candidates.

First-term Mayor Chasity Wells-Armstrong is being challenged by Kankakee School District board member Angela Shea for the Democratic nomination.

Other races on the primary ballot are:

Both the 2nd and 6th wards will have new representation on the 14-member Kankakee City Council as Gall is not seeking re-election due to her run for clerk and in the 6th Ward, Curtis is seeking the mayoral office.

Stories covering the city of Kankakee primary election on Feb. 23, 2021.

Election coverage: The winners are in for City of Kankakee primary election

Here's where you'll find continual updates on the city of Kankakee primary election tonight as votes are tallied. Check back often.