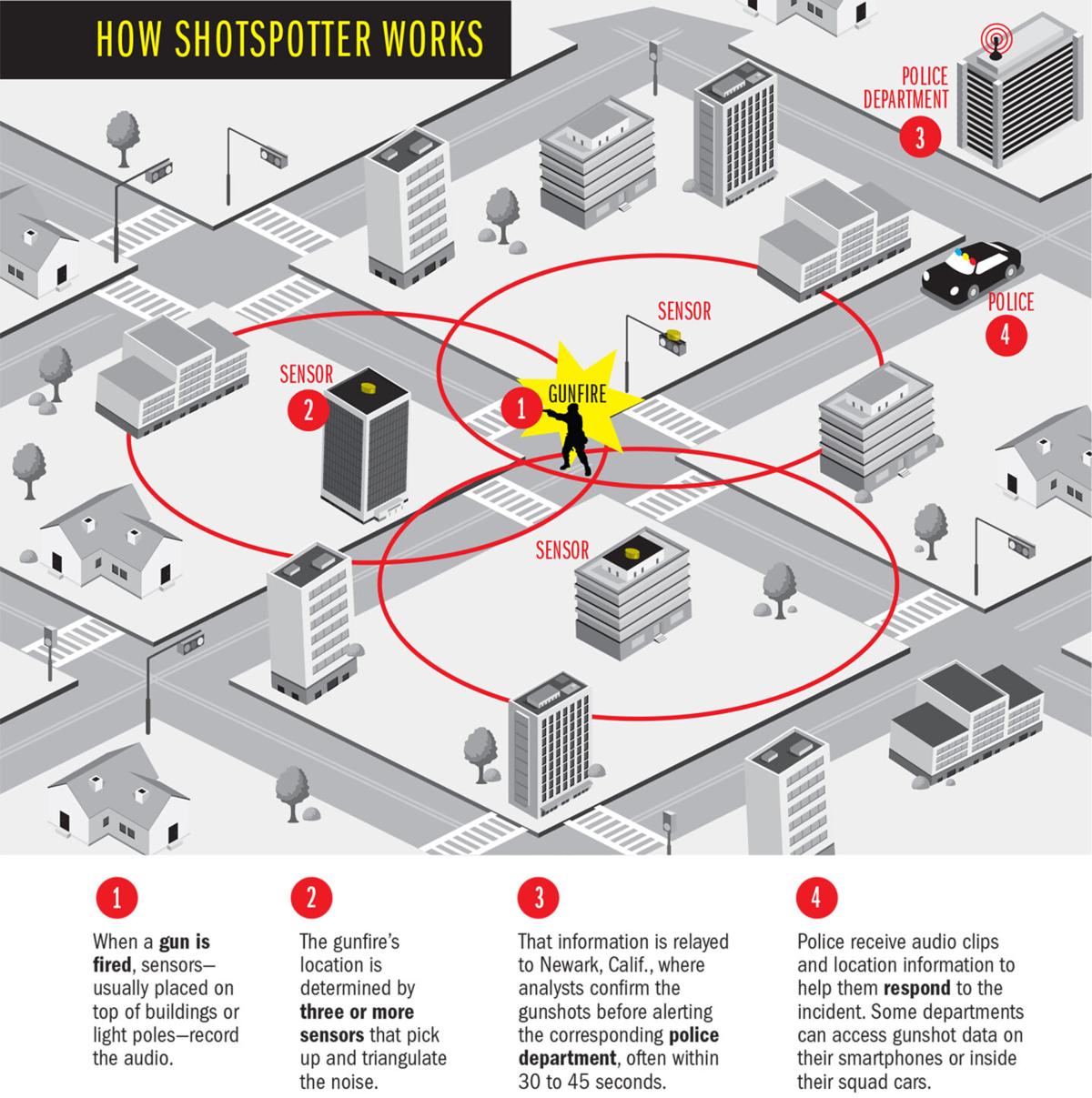 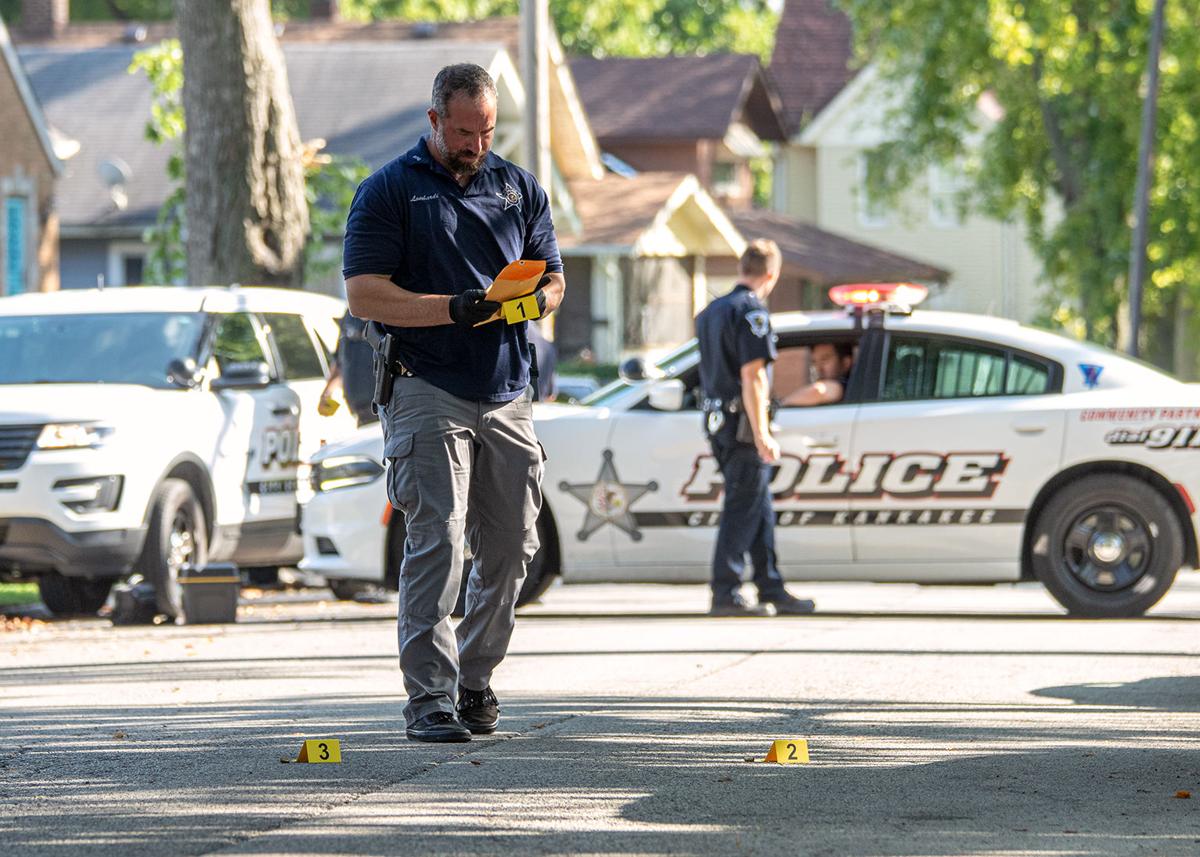 Earlier this month, Kankakee police began using a new technology that detects shots fired and where they come from to help in investigating shots fired calls.

Earlier this month, Kankakee police began using a new technology that detects shots fired and where they come from to help in investigating shots fired calls.

KANKAKEE — A system to help the Kankakee Police Department respond to reports of shots fired is now live.

Within the first week, the ShotSpotter system helped pinpoint five shots-fired incidents, Police Chief Frank Kosman told Mayor Chasity Wells-Armstrong and members of the city council during their board meeting on Monday.

“In response to listening to the community regarding concerns about gun violence, we believe that utilizing this technology will create a safer community,” Wells-Armstrong said.

“While this technology does not necessarily prevent gun violence, it will assist our officers in response times and working cases more efficiently.”

The system was purchased by the city through a $48,000 grant from ShotSpotter to help the city to reduce gun violence in the city.

Kevin Johnson, customer success director for ShotSpotter, said the system uses sensors to pinpoint within 80 to 100 feet of where gunshots were fired. Johnson told council members Monday there are numerous sensors put in areas of the city designated by Kosman. There is no signage or other identifying features on the sensors.

“They offer a high level of coverage,” Johnson said.

Here is how ShotSpotter works:

A gunshot is fired. Acoustic censors placed throughout the community are triggered by the sound. Three sensors are needed to pinpoint the area of where the shots were fired.

That information is relayed to Newark, Calif., where analysts confirm the gunshots before alerting local police. This process takes less than 60 seconds, according to ShotSpotter.

Patrol officers and dispatch centers are notified, allowing to respond within 3 to 4 minutes. Before, the average time to locate the area was 7 to 10 minutes.

“With this tool, officers will be able to better investigate the calls in order to identify offenders and engage with witnesses with the goal of ultimately reducing the number of such calls in our town,” Kosman said.

He noted the difference between a shots fired call for service and a shots fired report is that upon arrival, police actually found evidence — such as a shell casing or a bullet hole — of a weapon having been fired.

Of the five shots fired alerts via ShotStopper last week, Kosman said two of them were in areas they’ve had recent reports.

The average response time was 3.5 minutes. No arrests were made in any of the five incidents.

“We are getting good information and response from citizens,’’ Kosman told the council.

The ShotSpotter system is used in more than 100 cities nationwide, including in the Illinois communities of Calumet City, Chicago, Peoria, Rockford and Springfield.