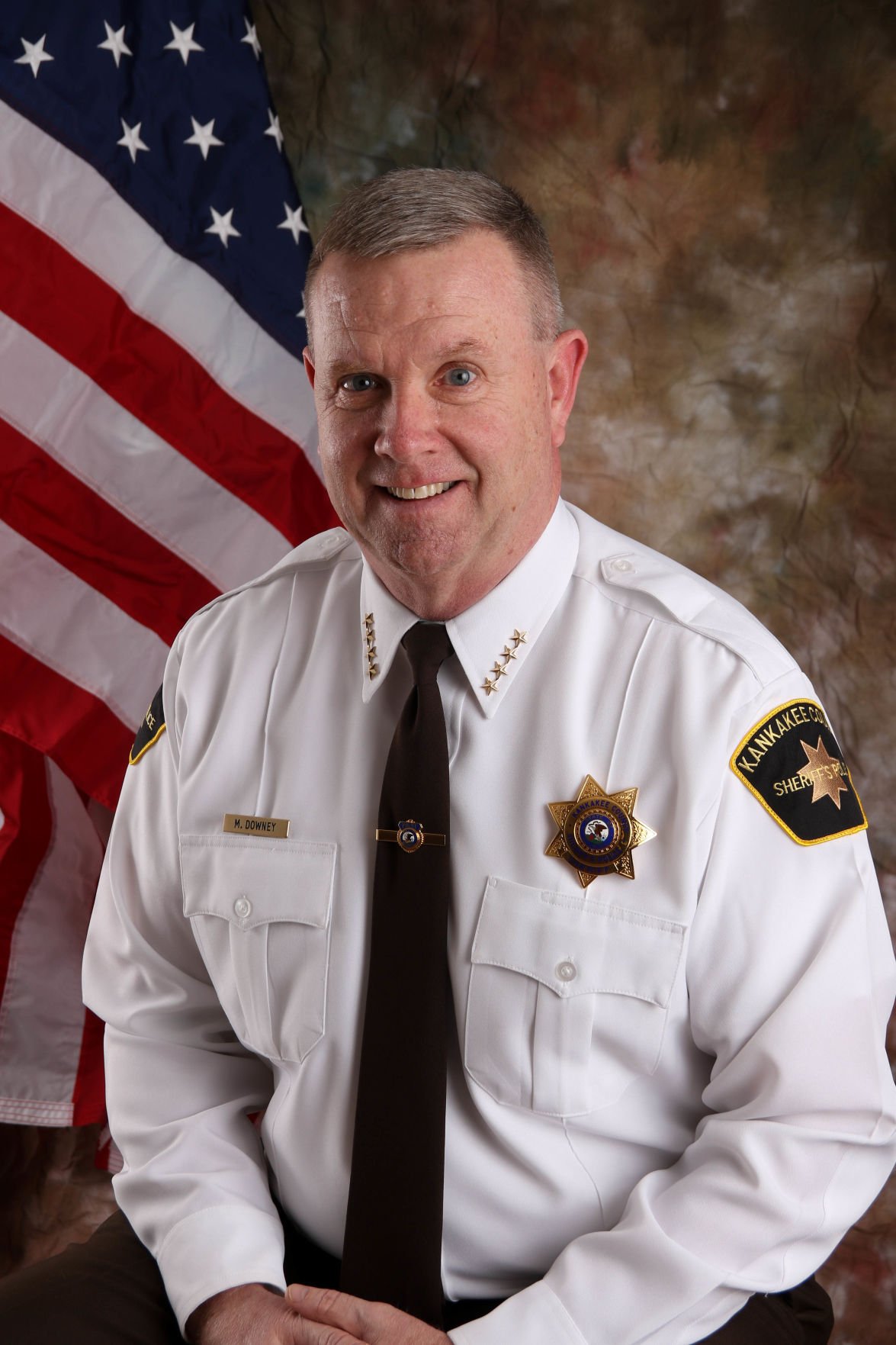 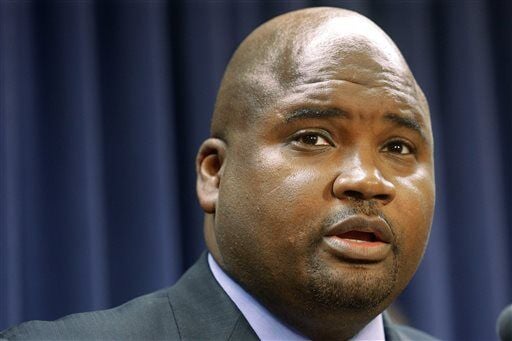 KANKAKEE — A criminal justice omnibus bill that aims to alter the state of policing in Illinois is among issues to be dealt with during the veto session of the Illinois General Assembly.

During the seven-day session that began Friday in Springfield, State Sen. Elgie Sims Jr., D-Chicago, filed the amendment to House Bill 163 on Tuesday. Sims’ 17th District includes portions of Kankakee and Will counties, including Grant Park, Manteno and Beecher. He chairs the Senate Criminal Law Committee.

The Illinois Black Caucus has worked on the legislation since last summer.

“After months of discussions and negotiations, many hours of input from the community and the informed opinions of policy experts who have devoted themselves to criminal justice reform, I’m proud to carry House Bill 163 in the Senate,” Sims said in a statement to the Daily Journal on Thursday.

He said the legislation would make a number of reforms aimed at making our system fairer and hold it accountable.

“That will make a better, safer Illinois, not just for the Black community, but for all Illinoisans,” he said.

“We are seeking comprehensive reform by addressing a number of key areas, including how police use force and how they are held accountable for that use of force, how we deal with bail in a way that is not destructive to those who have not been convicted of crimes, and how we change sentencing so that it does not continue to perpetuate a cycle of recidivism,” Sims added.

The 611-page amendment was added to a bill introduced in 2019 regarding a change to the state’s Controlled Substance Act.

Criminal reform violence reduction and police accountability is one of the four pillars the caucus wants to address in what they say is systemic racism in the state.

The other three include education and workforce development; economic access, equity and opportunity; and health care and human services.

HB 163 contains several articles that would stand as their own new laws while also amending key components of state law already on the books. While most of the legislation pertains to law enforcement, there are sections devoted to altering other aspects of the criminal justice system, such as pre-trial detention, sentencing laws and prison diversion.

The legislation has also received support from criminal justice reform groups such as the Illinois Justice Project and the Building a Safe Illinois Coalition.

The criminal reform legislation has drawn criticism from Republican lawmakers as well as law enforcement organizations and officials.

In a post Thursday on the sheriff department’s Facebook page, Kankakee County Sheriff Mike Downey said he opposes the bill.

“I’ve attached a 611 page bill regarding police reform that is being introduced during a lame duck session of the General Assembly, or as one legislator stated, ‘It was filed late so it couldn’t be picked apart,” he said in the post.

“I think it is important for the residents of Kankakee County to know that, despite being authored by Illinois Sen. Elgie Sims Jr. (17th District), as your local county sheriff, I, nor any law enforcement professionals, was consulted about this bill prior to being written, nor were any of my concerns addressed afterwards.

“In fact, I was advised that several items of concern were not going to be proposed in the legislation, only to find out later that they were, indeed, included in the bill,” Downey continued.

“This bill, if approved, would effectively eliminate law enforcement as we know it,” he said. “Our law enforcement officers are among some of the most honest, brave and best in our nation and this bill would likely drive a large majority of them out of public service as a result. This is single-handedly the most detrimental piece of legislation ever proposed and I think it’s crucial that our area residents understand the underlying implications if it were to pass.”

Downey added, “It’s unfortunate that the members of the Illinois General Assembly aren’t held to the same standards to which they hold Illinois police officers, as there would likely be many vacated seats.”

Downey encouraged Kankakee County and all state residents to call their elected officials to remove the bill from consideration.

The Illinois Fraternal of Police came out against the legislation as well.

“The fight over this bill is a fight to save law enforcement,” the organization said in a press release. “If we lose this fight, it might as well be a crime to be a law enforcement officer in Illinois. You need to contact your Senator and Representative to implore that they do not hand this state over to the felons while criminalizing our profession.”

State Sen. John Curran, R-Lemont, said he opposes the bill, arguing that it makes police the enemy of the residents of the state.

“While we must ensure that law enforcement officials are held accountable, this legislation goes well beyond reform and seeks to destroy the law enforcement profession,” Curran said in a release.

“Quite simply, this legislation, if adopted, is just as bad as ‘Defunding the Police’ and will make our communities less safe and make us all more vulnerable to criminal acts,” he continued.

The General Assembly has six days to debate and vote on HB 163 during the lame duck session that runs until Jan. 13.

Raymon Troncoso of Capitol News Illinois contributed to this story.

What's in the bill

Here’s a look at what’s in the amendement to House Bill 163:

A number of provisions within HB163 alter use of force guidelines for officers, something that is usually a mix of state law, municipal ordinance and departmental procedure.

Many of the changes come in response to the death of George Floyd and Breonna Taylor at the hands of police and other high-profile cases that resulted in massive protests across the country over the summer. Many restrictions to use-of-force in the bill reflect testimonies from hearings held in the fall regarding how officers used force in response to those protests.

Article 3 of HB163, referred to in the legislation as the “Statewide Use of Force Standardization Act,” establishes guidelines for use of force that all law enforcement agencies in Illinois would be required to follow starting Jan. 1, 2022.

Law enforcement must identify themselves as peace officers and warn that deadly force will be used before use of force. Officers are not allowed to use force on a fleeing suspect unless that person has just harmed or tried to harm another person, is in possession of a deadly weapon, is considered an active threat to human life or is unable to be apprehended safely at another date.

In general terms, the bill mandates peace officers “use deadly force only when reasonably necessary in defense of human life.” It establishes that the legal authority to use physical force “is a serious responsibility” that should be used by officers “with respect for human rights and dignity and for the sanctity of ever human life.”

The bill would also amend the acceptable forms of force, banning chokeholds and any restraints on an individual above their shoulders that can potentially limit their ability to breathe.

Officers may not use force as punishment or retaliation, cannot use non-lethal projectiles to target a person’s head, groin or back or fire them indiscriminately into a crowd. Officers are also prevented from using tear gas or pepper spray without first issuing a warning and allowing “sufficient time and space” to follow the order.

HB163 will require officers to render medical aid to an injured person, regardless of whether or not they were hurt by an officer’s use of force or other means. It also requires officers to prevent another officer’s illegal use of force in their presence regardless of the chain of command and requires that they report the offending officer, with provisions that make it an offense to retaliate against any officer who files a report.

The bill also requires that any time a person dies in police custody or as a result of an officer’s use of force, the associated law enforcement agency must investigate and file a complete report in writing to the Illinois Attorney General within 30 days.

The attorney general is then required to make these reports publicly available on their website and issue an annual report on information and trends in use-of-force and in-custody deaths.

The “Police Integrity and Accountability Act,” makes police officers individually liable for lawsuits if they violate the rights of a person guaranteed under the Illinois Constitution. The law explicitly states that qualified immunity is not a defense to liability.

Qualified immunity is not a law or statute, but a legal doctrine established by the U.S. Supreme Court which grants government officials immunity from civil suits in the course of their duties. It’s most often used in cases of alleged police misconduct or brutality and in some cases shields officers who have been found to have violated an individual’s constitutional rights from being sued by that person.

The Police Integrity and Accountability Act would remove that protection under Illinois law for acts that violate rights granted in the Illinois Constitution.

The bill would institute changes to the Illinois Public Labor Relations Act regarding the collective bargaining powers of unions, specifically unions for law enforcement.

Under the new changes, employers, which would refer to municipal governments at the county or city level, would not be required to negotiate with unions regarding the discipline or discharge of law enforcement. Existing contracts between law enforcement unions and cities that include provisions regarding discipline and termination will have those sections voided when those contracts are extended or renegotiated.

No agreement that applies to police officers, including the Illinois State Police, can include a provision unrelated to wages or benefits.

The bill will eliminate cash bail as a requirement for pretrial release. These sections of the bill draw from legislation previously introduced by Chicago Democrats Sen. Robert Peters and Rep. Justin Slaughter called the Pretrial Fairness Act.

The section of HB163 known as the “Quasi-criminal and Misdemeanor Pretrial Release Act” would eliminate cash bail requirements for people charged with criminal offenses and misdemeanors and replace it with a uniform set of pretrial release conditions established by the Illinois Supreme Court.

All mentions of cash bail will be struck from Illinois statutes and replaced with pretrial release conditions. Proponents of eliminating cash bail have long argued it targets poor residents, especially those that are Black or Latino, and that the act of cash bail has contributed to the mass incarceration of these groups for otherwise minor crimes.

Outside of what has already been mentioned, the bill includes changes to how the census is conducted in Illinois regarding prisoner populations, state recordkeeping laws, sentencing guidelines and more.

Several unfunded mandates that require dozens of hours of additional training for officers and mandatory body cameras for all departments are also included in the legislation.

The Illinois House of Representatives continued to debate a massive criminal justice omnibus bill Sunday that would transform policing practices in the state.