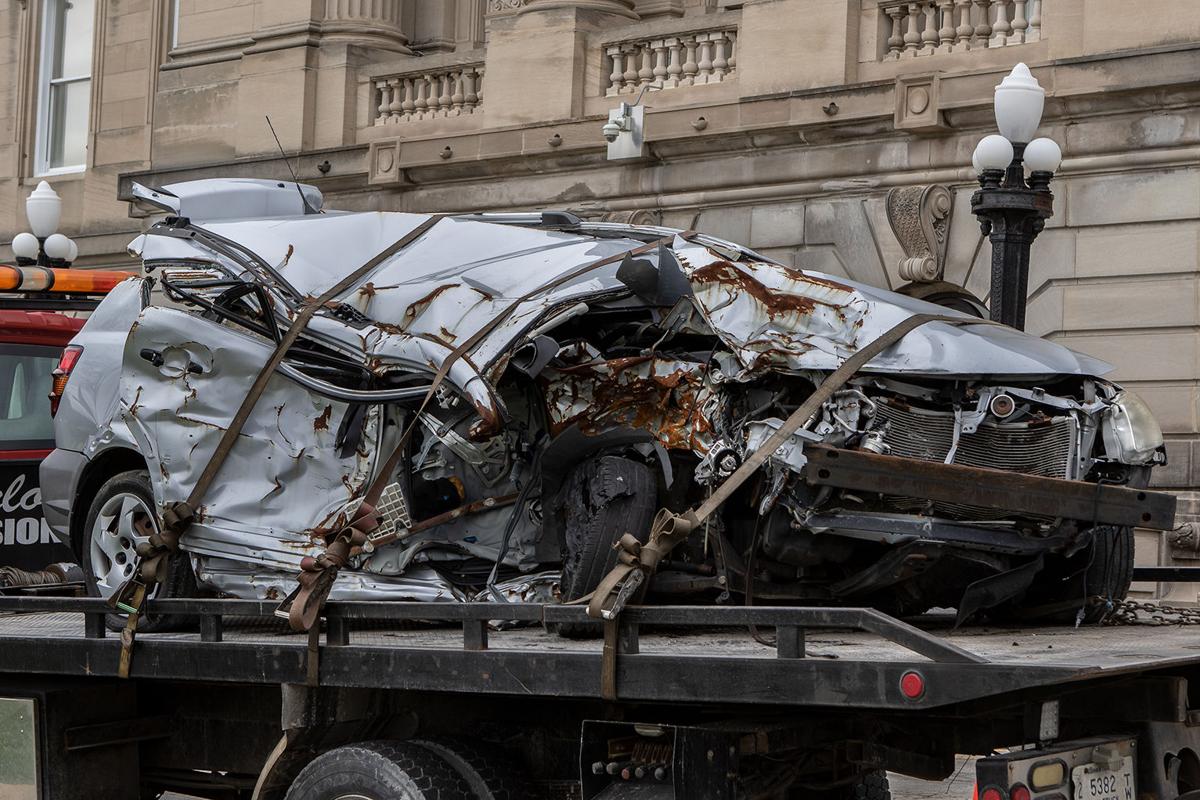 Kameron Allison was a passenger in this vehicle on May 15, 2016, when another vehicle collided with it, resulting in the 15-year-old’s death. Jurors got to see the vehicle Wednesday as part of the trial of Carmella Larson, the driver of the other vehicle who is charged with six counts of aggravated DUI. 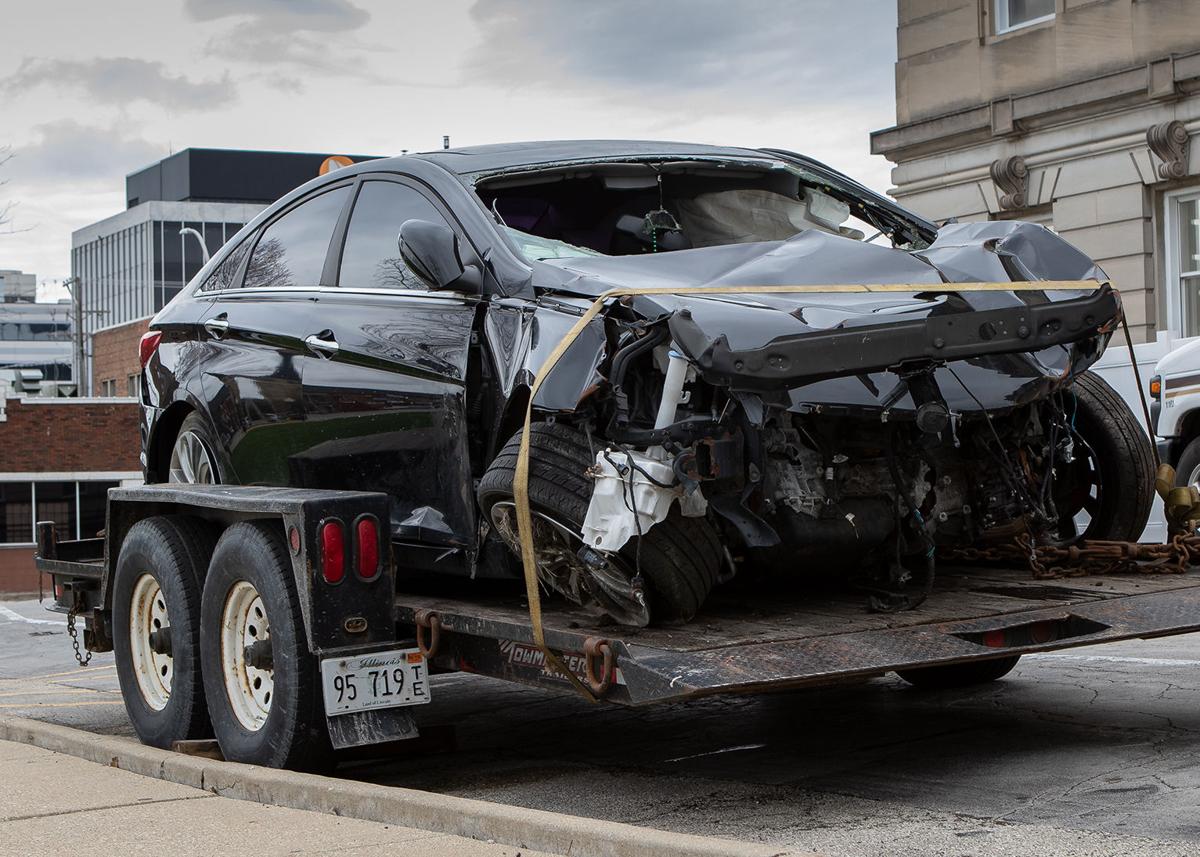 Carmella Larson was the driver of this vehicle which was part of a two-car crash that killed 15-year-old Kameron Allison in 2016. The vehicle was on display last Wednesday for jurors to see at the Kankakee County Courthouse. 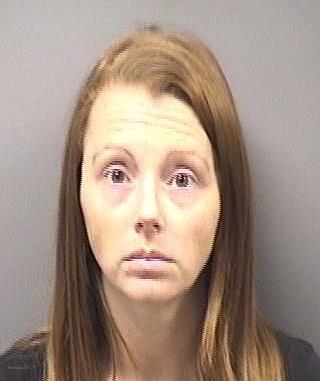 KANKAKEE — In an unprecedented move, jurors got to actually study the vehicles involved in a fatal DUI crash that took the life of 15-year-old Kameron Allison on May 15, 2016.

Carmella S. Larson, of St. Anne, is accused of causing the death of Allison and seriously injuring his then 16-year-old brother, Kyuss, in a crash on Illinois Route 17 at North 19000W Road. The brothers were students at Herscher High School.

The 36-year-old Larson is charged with six counts of aggravated DUI.

A passenger in Larson’s car, Nathan Lockhart, of St. Anne, also was injured.

The trial is expected to conclude by Friday.

On Wednesday, the vehicles were brought to the half circle drive located on the south side of the Kankakee County Courthouse. It drew the attention of courthouse employees coming or leaving for lunch, as well as the public.

Prior to going outside, jurors viewed photos of the crash scene as Illinois State Police Trooper Stacey Haas testified about the accident and the findings of the investigation.

Haas and Trooper David Verkler are part of ISP’s Traffic Crash Reconstruction Unit. They were assigned to investigate the crash.

After Haas was done testifying, Gerts, attorneys for both sides, jurors and courtroom spectators went outside to view the two vehicles for about 10 minutes.

Kyuss Allison got up close to the flatbed carrying the Pontiac Vibe he was driving the night of the crash.

Larson stood on the courthouse steps crying and visibly shaken while looking out at the vehicles.

Afterward, Verkler estimated Larson’s vehicle was travelling about 50.95 mph and Allison’s vehicle 76 mph when they collided in the middle of the intersection. The force of the collision sent both vehicles into a recently plowed field on the north side of Route 17.

Verkler said the impact was so violent that there was a gouge left in the pavement by part of the steel frame of one the vehicles.

“You mainly see those when investigating an accident on the highway or interstate,” Verkler said when asked by Assistant State’s Attorney Val Gunderson.

When asked by Capriotti, Verkler and Haas both testified that the stop sign for 19000 was not up at the time of the accident. Verkler said it had been struck at the base by a car. The sign was facing down still attached to the post.

In cross examination by Capriotti, Verkler and Haas both said there was not a sign on the south side of Route 17 indicating this was a T intersection.

Verkler said one was placed there after the accident. Haas said a new stop sign was up at the intersection when she went back two or three days later as part of the investigation.

When asked by Gunderson, Verkler and Haas both testified that there was an informational sign several hundred feet north of the intersection warning driver’s on southbound 19000 of a stop ahead.

Earlier Wednesday, Dr. Scott Smithgall, who treated Allison, Lockhart and Larson at Riverside Medical Center, testified about the results of blood and urine samples taken from Larson. Her blood alcohol content level registered .186, more than twice the legal amount of .08. The results of her urine sample came back negative for drugs.

Illinois State Police Sgt. Clayt Wolfe testified Lockhart told him that Larson drank at both The Office Bar and Grill and Reco’s Tap and Bar. Wolfe interviewed Lockhart at the hospital three hours after the accident.

On Tuesday, he testified he did not recall if Larson, his girlfriend at the time, was drinking.

The couple were driving home to St. Anne after visiting friends in East Brooklyn, which is located in Grundy County, when the crash occurred.

Lockhart testified the couple spent four to five hours at The Office. They then left to visit Larson’s friends in East Brooklyn. They all went to Reco’s twice for drinks over the course of three hours.