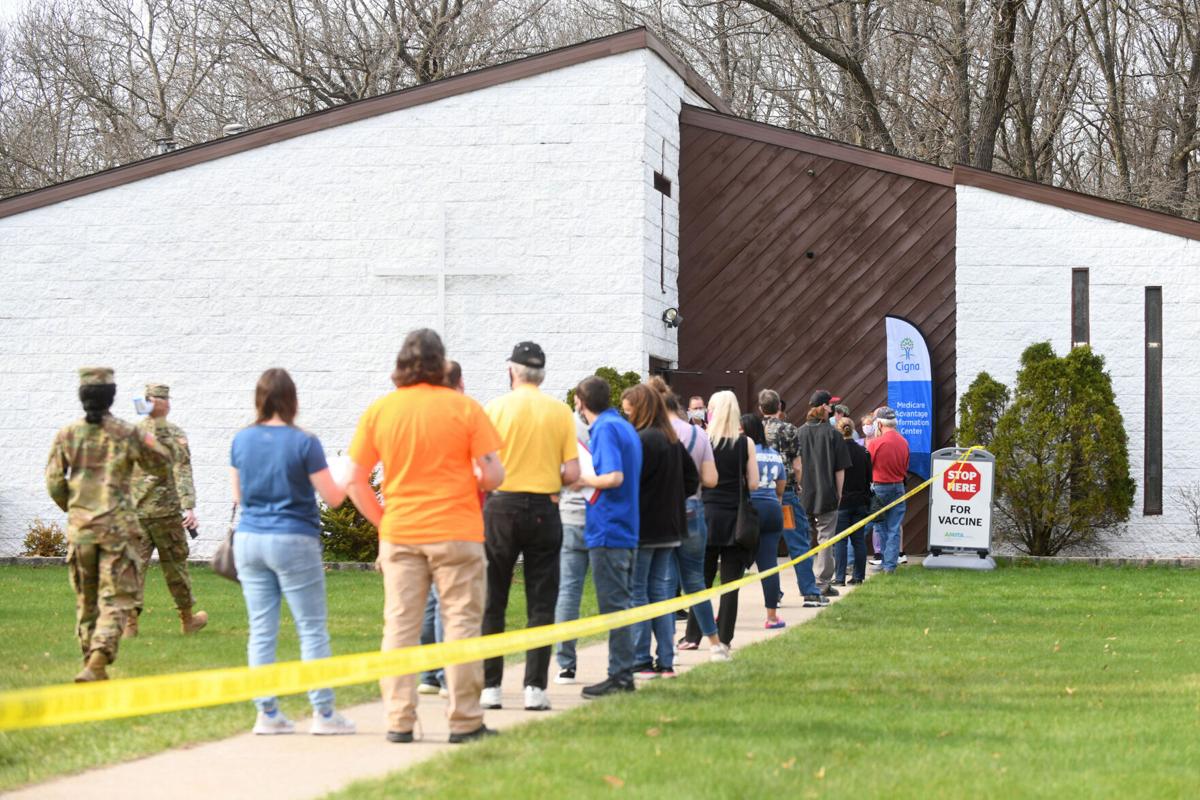 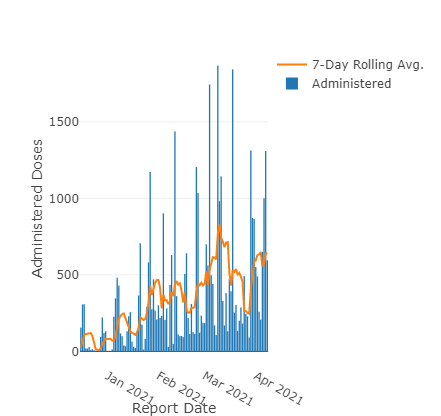 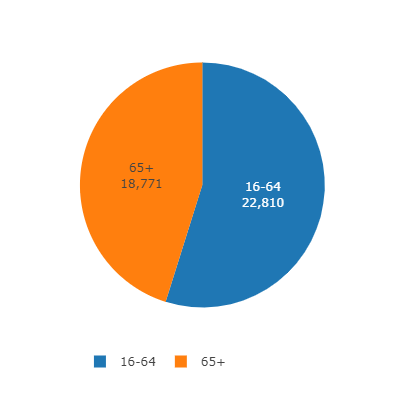 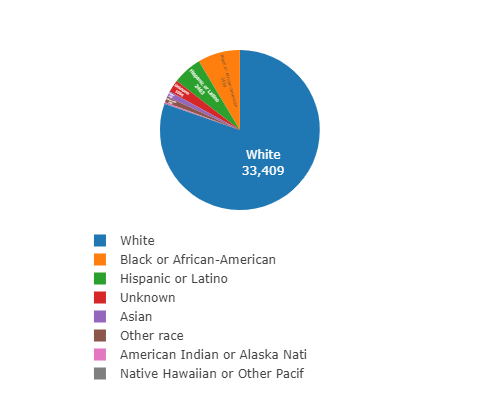 KANKAKEE — Kankakee County administered 4,508 COVID-19 vaccine doses in the past seven days, up from 4,162 in the previous seven days, according to the Illinois Department of Public Health.

There are 13,450 fully vaccinated people in the county as of Friday, which IDPH reports to be 15.7 percent of the county population, a 3.48 percent increase from last week. In the last seven days, 3,822 residents became fully vaccinated.

IDPH may receive data from providers up to 72 hours late.

Kankakee County Health Department administrator John Bevis estimates the county’s vaccinated population will be over 16 percent in a day or two.

“A 4 percent increase in a week’s time is incredible,” Bevis said.

Though Kankakee County sped up its vaccination rate in the past week, the percentage of the population vaccinated remains lower than most counties. The population of Illinois is 20.92 percent vaccinated as of Friday.

Approximately 2,050 people were vaccinated with Johnson & Johnson by the National Guard, though the event had around 200 no-show appointments, according to Bevis.

“We filled most of those 200 no-shows with walk-ups, but we had about 50 left over,” Bevis said. “We definitely have plans in place already for those next week.“

Because demand for the vaccine is high, Bevis said the no-show appointments could be people who signed up at multiple locations and did not cancel when they got appointments earlier or closer to them.

“I guess I was surprised by the high number it was, but I fully expected there to be some no-shows,” he said.

The week’s daily high was Wednesday’s 1,309 doses, according to county providers who report data to IDPH. After weekend dose distribution was in the 200s, above 500 doses have been provided each weekday so far.

The seven-day rolling average of daily doses administered has been above 500 all week and stood at 644 on Friday.

Kankakee County has provided 41,581 vaccine doses in total as of Friday evening.

IDPH’s allotment projection lists that the county will receive 2,000 first doses and 2,100 second doses next week.

Bevis said the amount of incoming doses will remain steady, but the Johnson & Johnson supply is going to drop over the next few weeks as the company’s deliveries plunge nationally.

The 16-64 age group makes up 54.9 percent of total people vaccinated in Kankakee County, an increase of 1.5 percent from last Friday. This number will likely continue to increase as vaccine eligibility expands  April 12 to include anyone over 16 living outside of Chicago.

People 65 and older are 45.1 percent of the vaccinated population.

The percentage of vaccine recipients in Kankakee County who identify as white is 80.3 percent, a 1.2 percent decrease.

Hispanic or Latino recipients make up 5.92 percent of the county’s total vaccinated population. This group’s numbers have increased by about two percent in three weeks.

Vaccine recipients who have identified as Black or African-American are at 8.56 percent, increasing slightly from 8.32 percent last week. This is near the state’s rate of 8.83 percent.

“We’ve been working with the Illinois migrant council, the NAACP, in relation to trying to find some backdoor ways to reach out to those populations beyond traditional Facebook/social media that they might not necessarily be working with,” Bevis said. “I was happy to see our Hispanic numbers increasing.”

Vaccine recipients who identify as Asian make up 1.16 percent of the population. Approximately 4 percent of recipients were identified as another race or in the unknown category.

The current list of vaccine providers in Kankakee County

Vaccinefinder.org includes providers enrolled in the Federal Retail Pharmacy Program, which involves vaccines sent to pharmacies separate from the vaccine that the Kankakee County Health Department receives from the Illinois Department of Public Health.

There will be several opportunities this week to receive a vaccine dose in Iroquois County.

Meredith Melland earned a BA in journalism from DePaul University, where she worked as a web developer and editor for 14 East, DePaul's online student magazine. She has interned for Chicago magazine and WGN. Her email is mmelland@daily-journal.com.