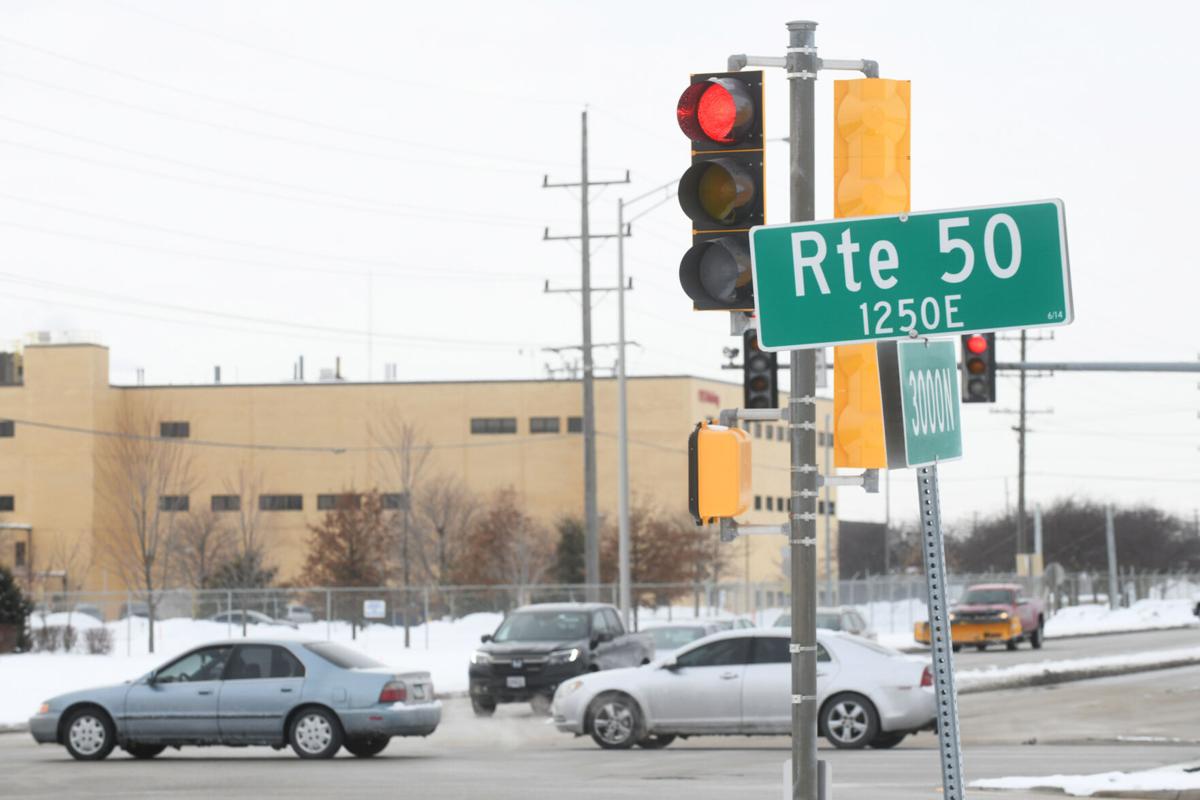 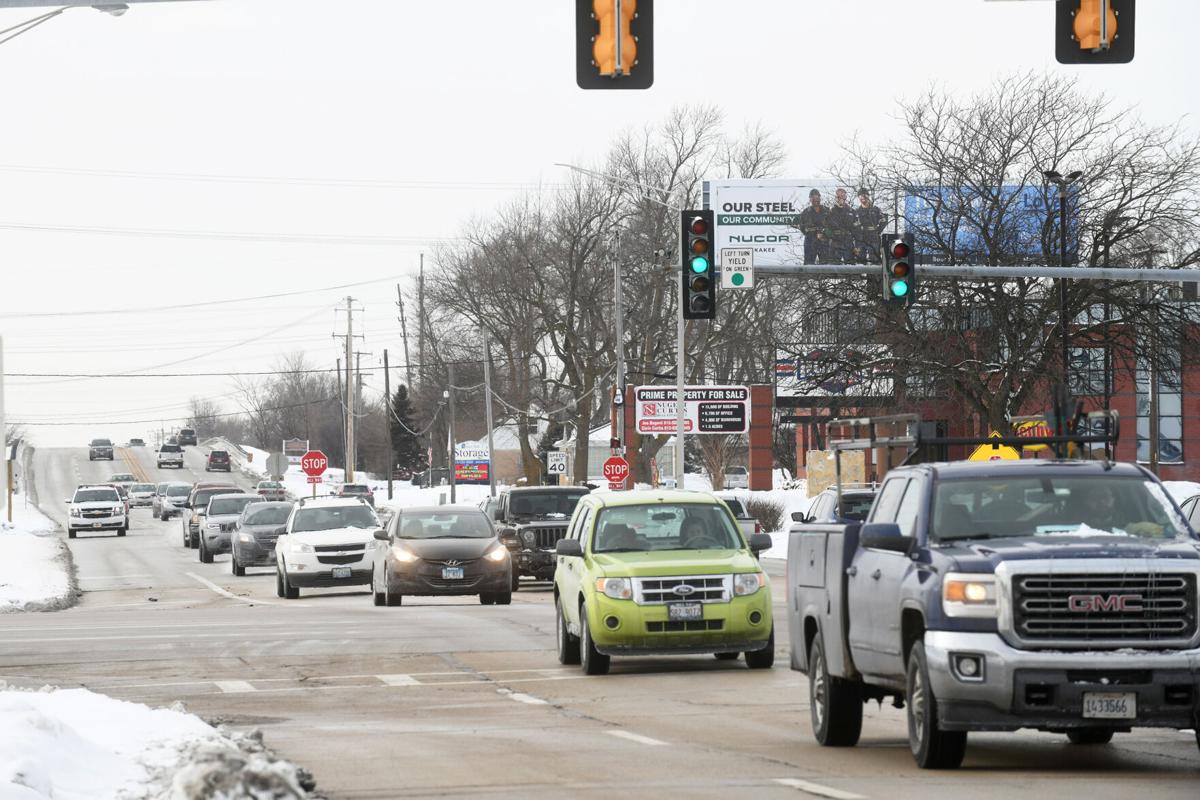 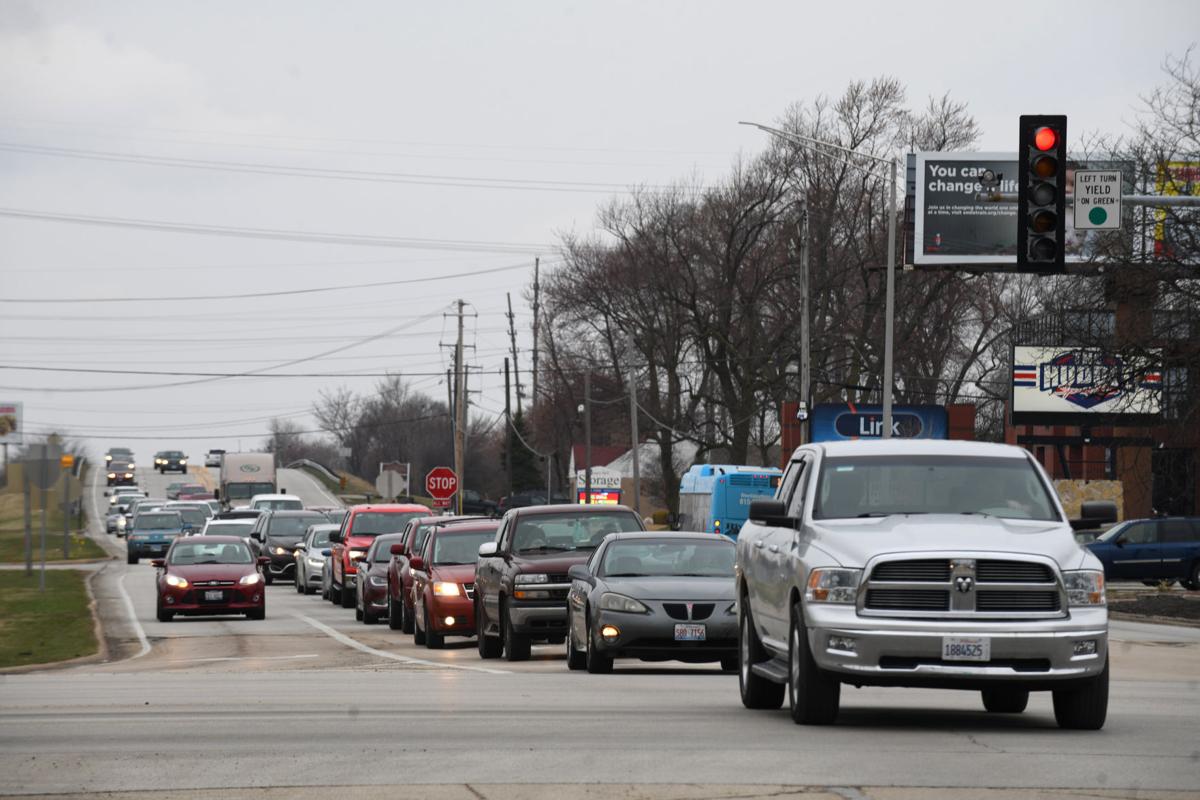 Traffic near CSL Behring’s existing entrance on Armour Road near Illinois Route 50 backs up daily during rush hour in 2019.

Traffic near CSL Behring’s existing entrance on Armour Road near Illinois Route 50 backs up daily during rush hour in 2019.

The intersection of Armour Road and Illinois Route 50 can be a navigable nightmare, as far as traffic flow and getting through one of the busiest junctions of the county in the heart of a retail sector.

That situation is going to definitely change with a widening and redesign of the intersection finally coming to fruition.

“We’re going to let people know about the engineering, and we’re going to show pictures of it,” Board Chairman Andy Wheeler said. “We’re going to talk about the overall design, what the scope is and some of the conversations I’ve had with some of the other municipalities on how we’re all getting together on the common look and feel of the intersection.”

Residents can watch the live video of the meeting via the link on the homepage of the county’s website at k3county.net.

Just as important as improved traffic flow and safety of the nearly $10 million project, the intersection is an entry point to the community. The county is the lead on the project.

“The really good thing that I’ve been happy with is that among Bourbonnais Township, the Village of Bourbonnais, the Village of Bradley and the county, we all agree that this needs to have a mentality that this is crossroads of the county and there needs to be one look and feel — the same color of overhead lights, the same decorative lights, the same everything,” Wheeler said.

The state is footing the bill for the bulk of the project with money coming from the capital bill that’s already been funded. The local municipalities will have to pay for sidewalks, sewer work and overhead street lighting. Wheeler said $500,000 from the Metropolitan Planning Organization has been earmarked for that purpose.

There will be sidewalks on both sides of Armour Road east of Route 50 and a sidewalk on the south side of Armour Road that will run from the bridge over the railroad tracks on the east and then south down Route 50 to Yolks & Berries Restaurant in Bradley.

The four-way stop sign on Armour Road in front of CSL Behring will be replaced with a stop light that will be synchronized with the stop lights at Armour Road and Illinois 50 for improved traffic flow.

The work on the intersection will hopefully coincide with the nearly $6 million bridge replacement on Armour Road over the Canadian National Railway railroad tracks to the west.

How soon will the work begin?

Wheeler is optimistic the bidding will be done this spring, and construction will start in the fall. He said that’s not a definitive start date at this time, but that’s what they’re shooting for.

“It’s not for sure that the bids are going to be let in the spring,” he said.

Wheeler said there’s still a lot of work to do, and he will be updating the committee with the engineer’s drawings and pictures of the project. He said the public will be happy when the work is completed.

“Obviously, there’s going to be some pains for that year, year and a half we’re under construction,” he said. “We’re taking the worst corner in the county and making it the best.”

Wheeler is also happy everyone is on board for what is turning into a cohesive, positive project for the county.

“People will see that off of I-57 with new LED lights,” he said. “This is going to glow. This is going to shine for our entire county, and I couldn’t be happier with everybody working together on this.”