You are the owner of this article.
Edit Article Add New Article
You have permission to edit this article.
Edit
Home
News
Sports
Opinion
Life
Obituaries
Calendar
Jobs & Classifieds
Lifestyles of Kankakee County
1 of 3 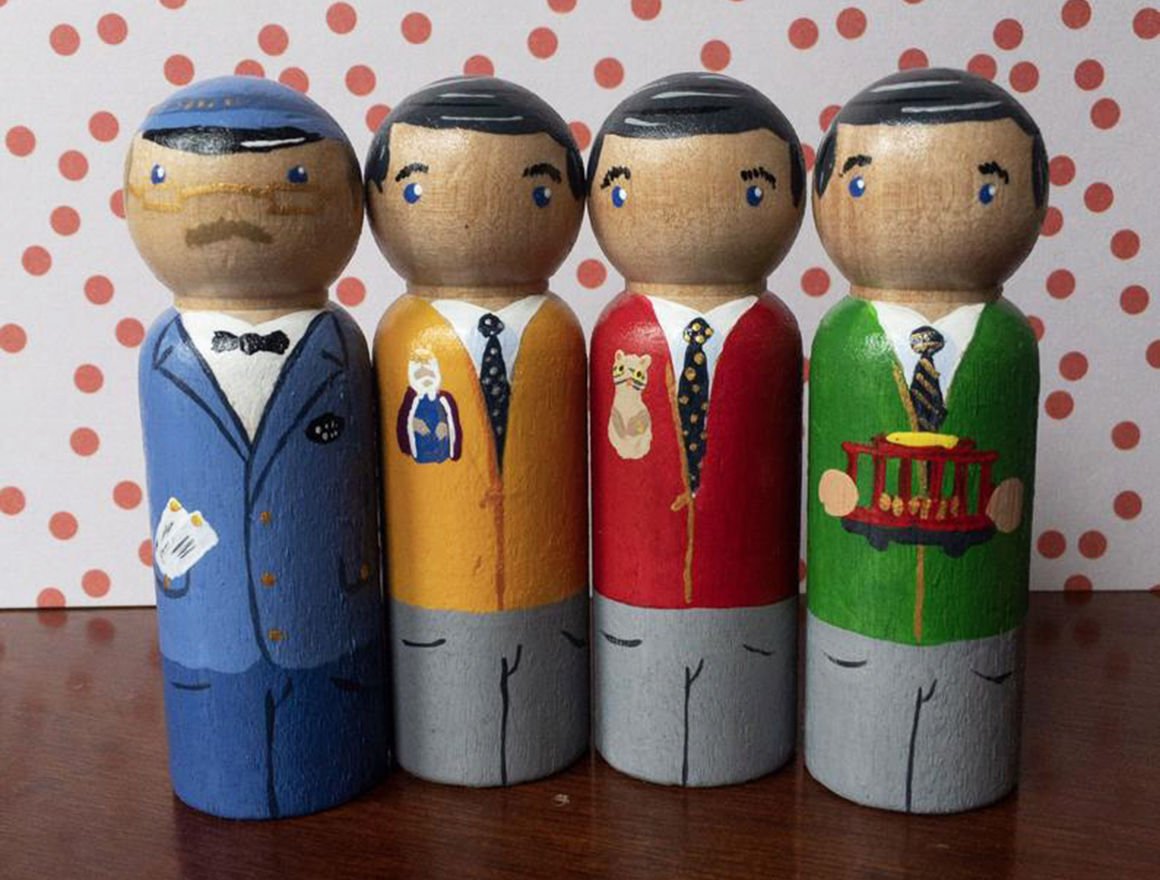 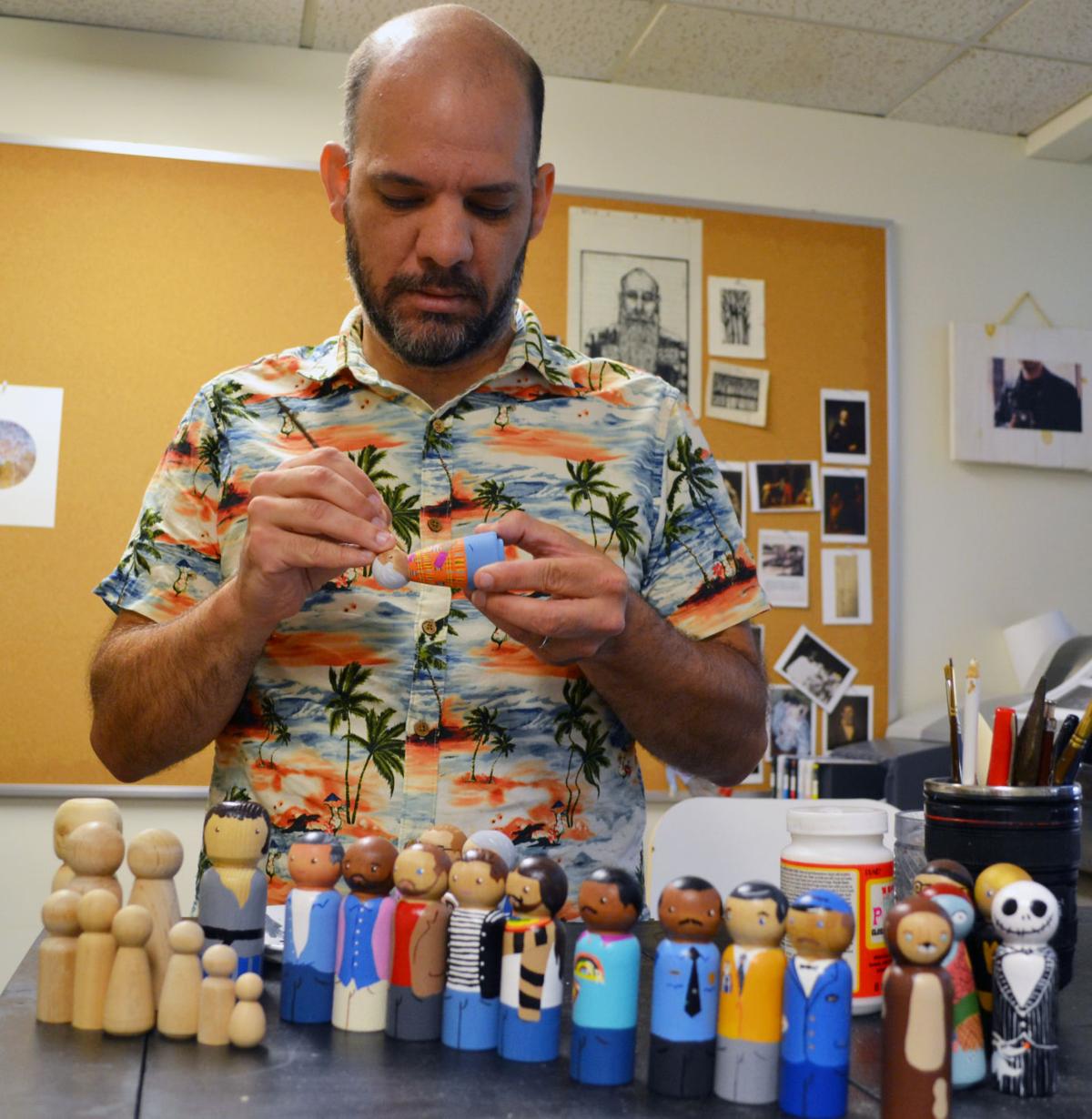 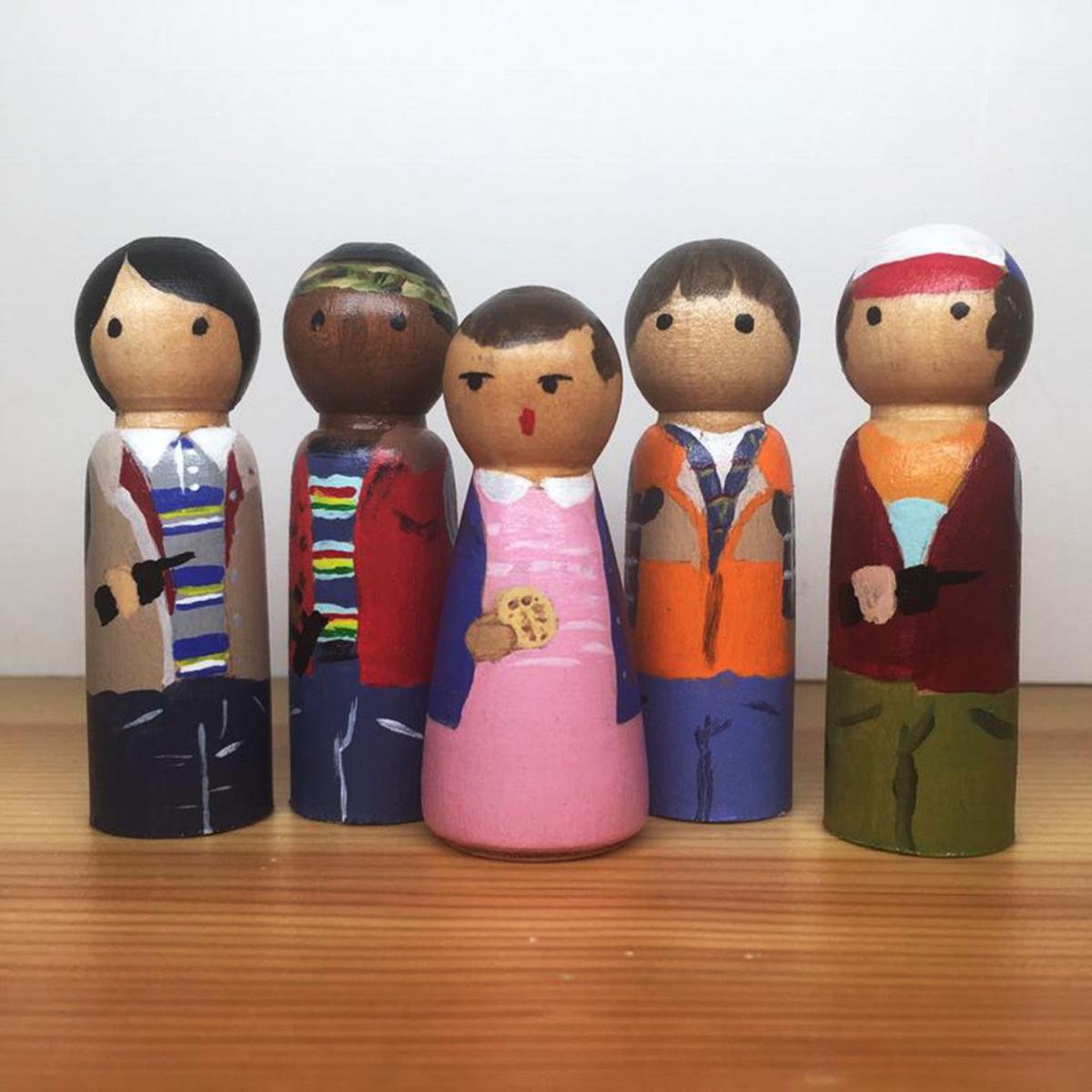 Wolf's Den Toys are hand-painted wooden peg dolls of childhood characters such as "Mister Rogers' Neighborhood" and pop culture icons including the cast of "Stranger Things."

It all began when Dombrowski saw wooden weather gnome peg dolls for children to learn about different types of weather — sunshine, rain, wind, snow, thunder and clouds. He made a set for his youngest son and then decided to go a step further.

Before Christmas last year, Dombrowski made wooden peg dolls for his family and friends.

“I figured it would be fun to make Christmas gifts for my family," he said. "Then, I started thinking about all the different characters I could do. It really took off.”

He and his wife, Joy Anna's, son, 3-year-old Ferraby Wolfgang “Wolfie” Beers-Dombrowski, not only inspired him to make the wooden peg dolls, he was also the reason behind the business name. Combined, the Clifton couple have seven children.

“I enjoy coming up with new ideas and putting those ideas on paper or wood,” Dombrowski said.

Starting with the wooden, 3 1/2-inch peg doll, Dombrowski uses nontoxic, acrylic paint to paint each character and add fine details. Each piece then is sealed for durability.

Customers also can relive the moment Mister Rogers took a stand against racism. Despite the Civil Rights Act of 1964, public pools around the country still were segregated.

“That episode was just one way Mister Rogers was ahead of his time,” Dombrowski said.

Customers can purchase the set that includes Mr. Rogers, Officer Clemmons and a small pool.

“I watched 'Mister Rogers' Neighborhood' as a child, and now my kids are watching it,” Dombrowski said. “I enjoy coming up with ideas and nostalgic things from my childhood.”

Other childhood favorites include characters from "Reading Rainbow" and "Koo Koo Kanga Roo." He even has taken custom orders for "Power Rangers," "The Simpsons" characters and "The Addams Family."

Dombrowski also paints peg dolls related to pop culture, including the cast of "Stranger Things," Jack and Sally from "The Nightmare Before Christmas," Kevin and the burglars from "Home Alone," the cast of "The Princess Bride" and New York fashion icons Bill Cunningham and Iris Apfel.

“I've sketched out too many ideas. It's hard to choose what to run with,” Dombrowski said. “I could sit and sketch out ideas all day.”

“If there is interest, then I'll paint them,” Dombrowski said.

In addition to known characters, Dombrowski paints custom peg dolls. He's painted families with their children or pets, children holding their favorite toy and couples for their wedding cake toppers.

It's all the special details he pays attention to that “really add to the memory of the person.”

Dombrowski is the assistant professor of art and digital media in the photography concentration at Olivet Nazarene University, a position he has held for 15 years.