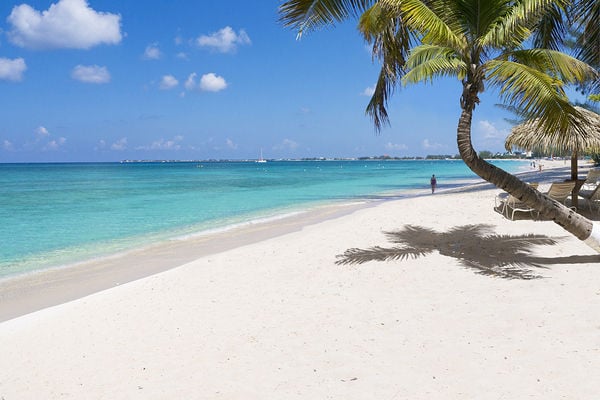 Located on Grand Cayman, 7 Mile Beach is a haven for walkers as well as sunbathers. 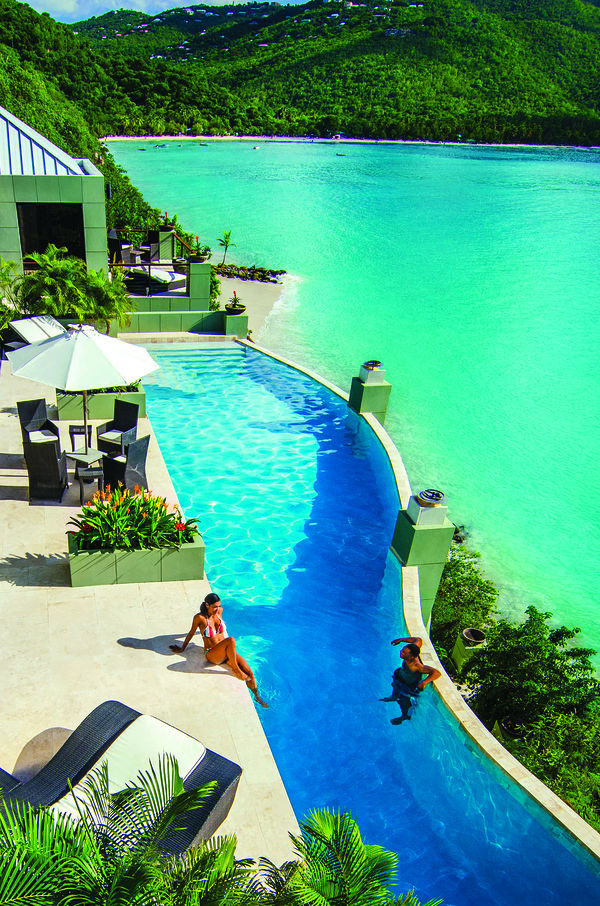 Resort hotels, like this one on Magens Bay in St. Thomas, feature access to pools and the beach. 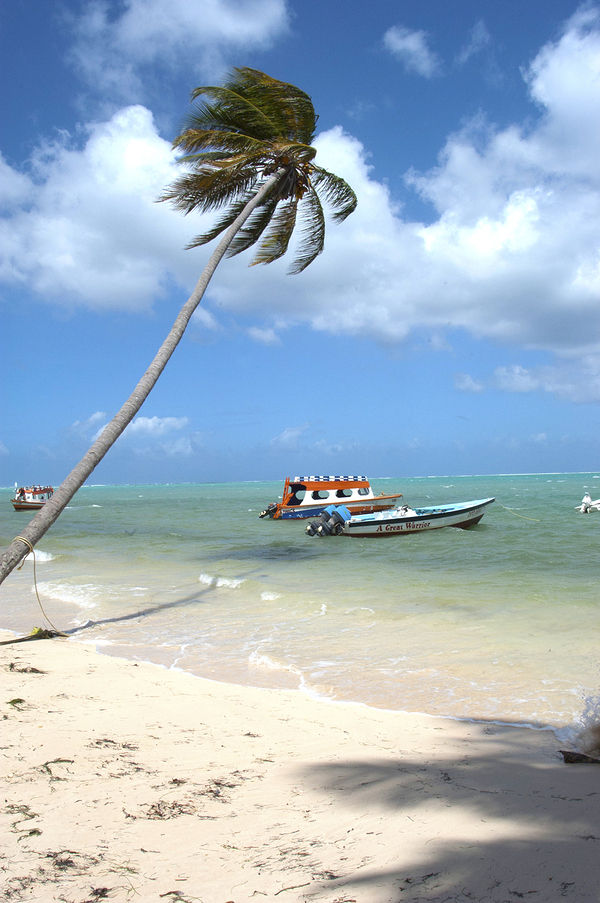 Rumor has it that Robinson Caruso spent time at Pigeon Point Tobago.

Located on Grand Cayman, 7 Mile Beach is a haven for walkers as well as sunbathers.

Resort hotels, like this one on Magens Bay in St. Thomas, feature access to pools and the beach.

Rumor has it that Robinson Caruso spent time at Pigeon Point Tobago.

Are you one of those people who keep chasing summer dreams all winter long? The only way I'm able to quell that winter gypsy in me is to settle down on a stretch of warm, soft sand.

For their sheer beauty, plus economies of price and distance, it's hard to resist the siren call of the Caribbean islands, where literally hundreds of sun-drenched beaches beckon winter-weary dwellers to their soothing slice of heaven.

My personal favorites are mindful of the unique natural characteristics of every beach. And because man (and his bikini-clad counterpart) cannot live on sand alone, also take into account local accommodations, sightseeing, dining, shopping and recreational diversions, all part and parcel of the total beach experience.

While choosing the "best" beaches is a lot like walking on quicksand, here are my top choices:

Aruba is one of those tropical gems that can get overlooked in the vast expanse of the Caribbean.

To find it, trace a straight line up from Coro, near the northern coast of Venezuela. It might look like part of the mainland. But it's not.

Only 15 miles from the South American coastline, Aruba isn't "attached" to the continent, but rather an autonomous member of the kingdom of the Netherlands. It's known primarily for its seven-mile strip of white coral beaches and accompanying bone-dry climate.

Aruba makes my list of best beaches on the strength of its tandem entry -- pretty Palm Beach on the classy southwestern coast that circles south to merge with the equally enticing Eagle Beach.

The chief diversions on this tiny pleasure island exist above and below Aruba's placid waters, with fishing but one of its numerous aquatic pursuits. Farther inland, there's golf, tennis and horseback riding.

The Cayman Islands -- Little Cayman, Cayman Brac and the main island of Grand Cayman -- boast a bevy of beautiful beaches. Seven Mile is not only the most famous, but easily ranks as one of the best in the Caribbean. . . an impressive crescent sweep of talcum-white sand and crystal-clear water fringed by stately Australian pines.

Duty-free shopping is one of the big inducements at the capital city of Georgetown on the big island. A variety of gift and specialty shops stock English bone china, French perfumes, British woolens, jewelry (featuring black coral and shell pieces), antique silver and Waterford crystal.

St. Maarten/St. Martin is a Caribbean island with a split personality -- one side Dutch (St. Maarten) and the other side French (St. Martin). There are no border guards or barriers, just a sign to mark the dividing line. English is the common language, and the American dollar is accepted everywhere.

Both sides of this never-never land in the Netherland Antilles have glorious beaches, a total of 37 in all, tucked away in every nook and cranny. Deciding which is "best" might depend on your mood at the moment. If you're seeking seclusion, check out Cupecoy Beach, protected by rugged sandstone cliffs with caves leading to a sandy beach. Body surfers claim Oyster Pond as their favorite, where the waves roll in long and steady. My personal haven is the beach at Mullet Bay, along a spectacular sliver of sand separating the ocean from the peaceful bay.

Members of the wet set can immerse themselves in a vast array of water sports: scuba diving, snorkeling, water and jet skiing, windsurfing, deep-sea fishing and sailing. For landlubbers, there's golf, tennis (with courts at every major hotel) and horseback riding over hills and along the surf.

Tourists drawn to St. Thomas for the shopping, stay for the beaches -- an assortment of 45 in various stages of natural development. Many are secluded coves worshipped by devout snorkelers. Others fronting resort hotels typically are packed with beach revelers. And all feature crystal clear turquoise waters.

Before scurrying off on a shopping spree or making a beeline for the beach, do a little island touring first. St. Thomas is a scant 3 by 12 miles and is worth the detour if you're a first-time visitor. Guided tours are available, or you can rent a moped, scooter or car if you'd rather go it alone.

When you're ready to tackle one of the world's glitziest shopping centers, head for Charlotte Amalie, capital city of the Virgin Islands. Although widely touted as a bargain hunter's paradise, you might do better at a discount center back home. Still, it's worth the spectacle.

A dollop of sand plunked down in the Caribbean, Tobago sits 26 miles northeast of Trinidad, its sister island. If you believe the story that Robinson Crusoe cavorted here, the big question remains: Why did he ever leave?

The tranquil half of the twin-island nation boasts emerald blue-green waters and brightly colored coral, where the sport of snorkeling has been raised to a fine art. Beaches abound, and all are worth the effort to seek them out.

My blue ribbon goes to Pigeon Point, a lush tropical setting where, on any given morning, three might be a crowd. The powder-white sands are fringed by swaying coconut palms, a thoroughly idyllic retreat.

A refreshing way to start the day is with a swim, followed by an elaborate breakfast buffet. The typical menu features island fruits, saltwater fish and corn bread. Although there's a full range of international specialties, be sure to sample some of the native fare. Along with the catch of the day, try pelau — a savory blend of rice, beef or chicken, tomatoes, onions and spices.

View reader-submitted photos of local events and people from this September.