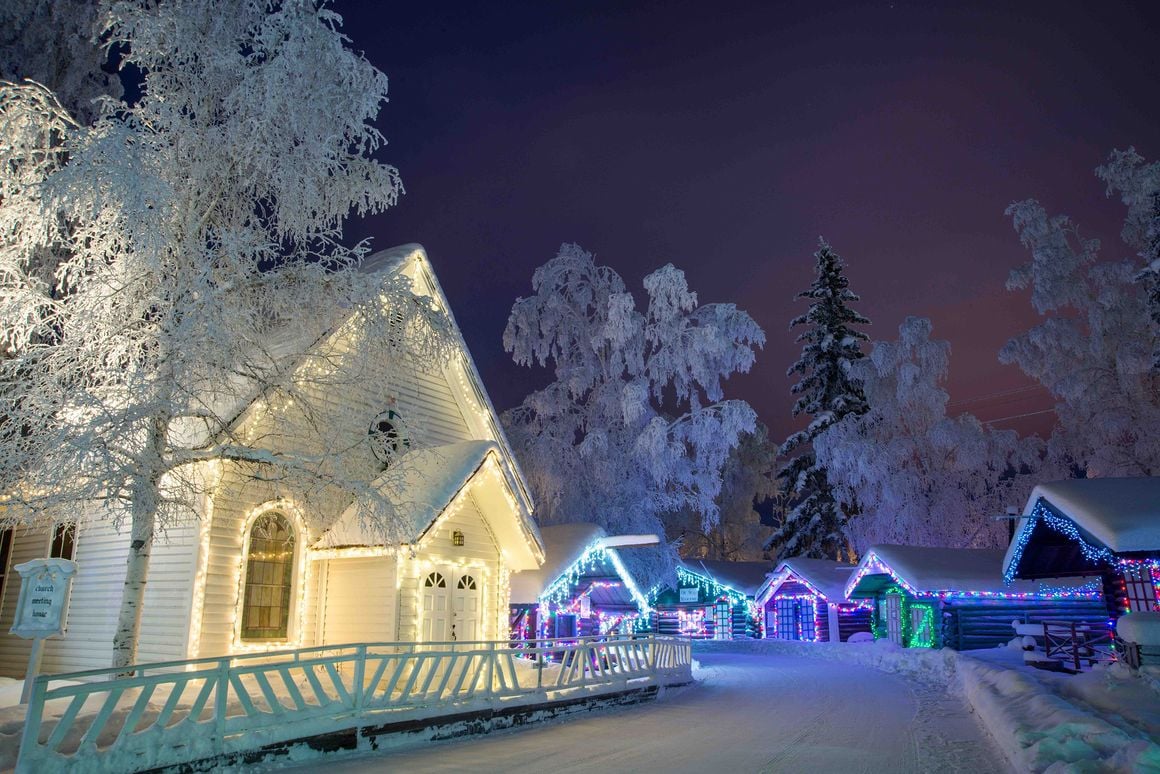 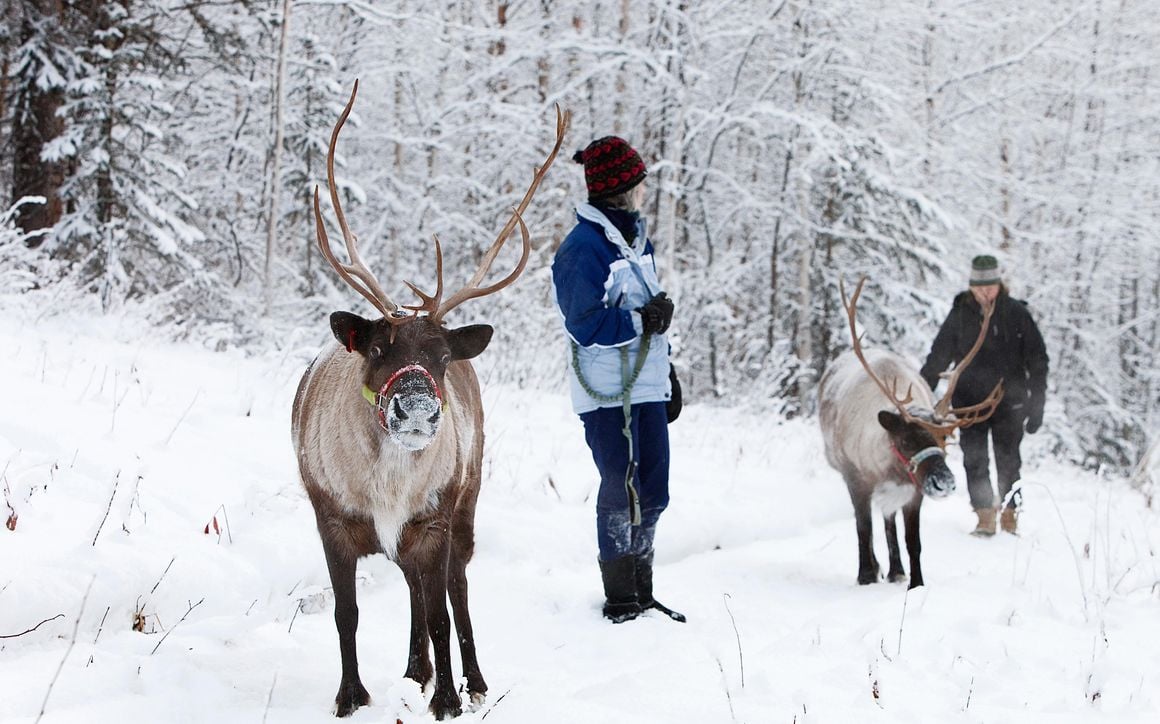 Walk with reindeer through a snow-covered boreal forest near Fairbanks, Alaska. Fairbanks is known for its views of the Northern Lights, Yukon Quest dog race and outdoor winter activities. 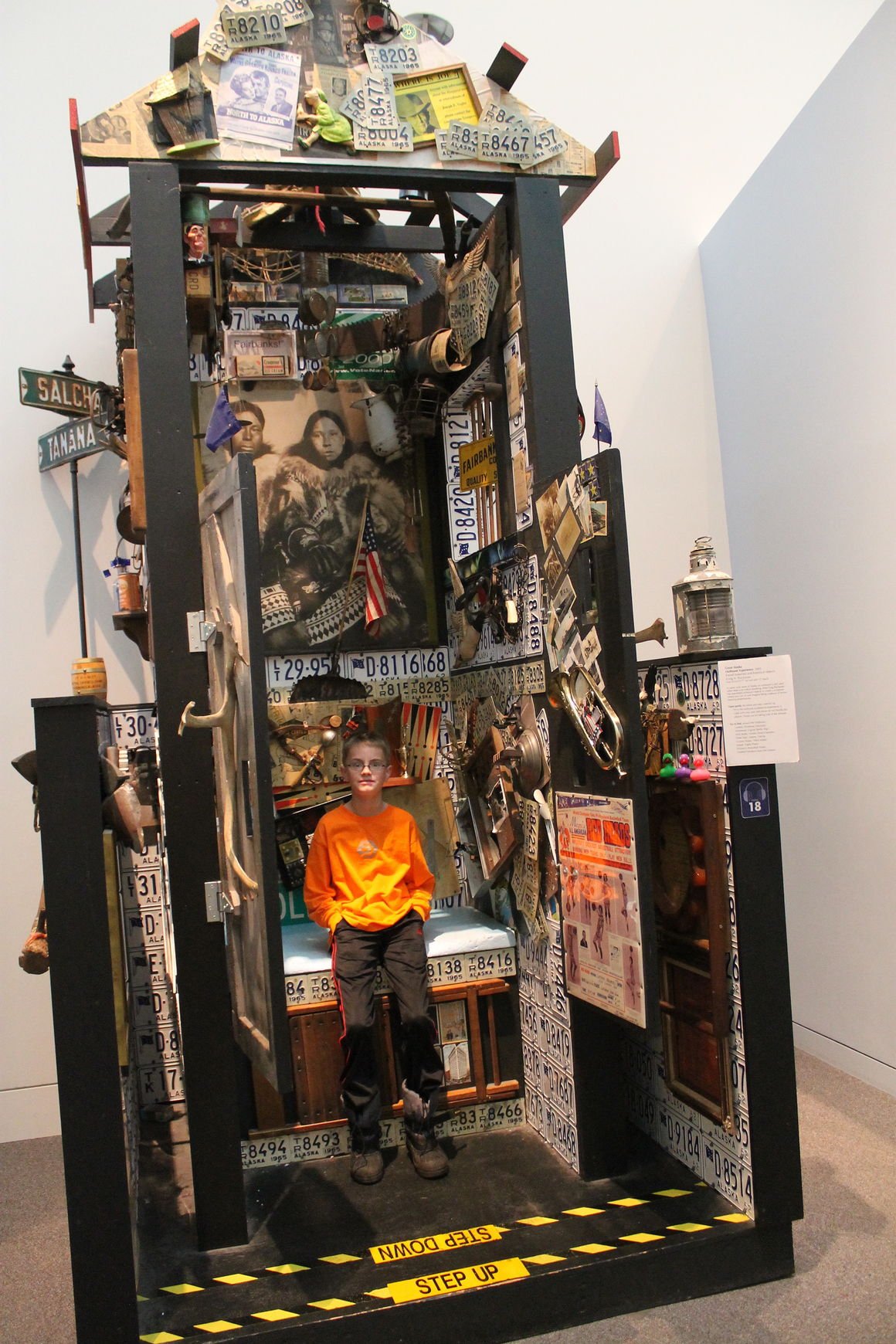 The Museum of the North at the University of Alaska features an outhouse exhibit.

Walk with reindeer through a snow-covered boreal forest near Fairbanks, Alaska. Fairbanks is known for its views of the Northern Lights, Yukon Quest dog race and outdoor winter activities.

The Museum of the North at the University of Alaska features an outhouse exhibit.

EDITOR'S NOTE: This is the third in the series "Not Home for the Holidays" on places around the world to spend this festive time of year.

Geographically, Fairbanks lies in the heart of Alaska. The last major stopping off point before a journey into 6 million acres of Denali National Park and Preserve and to the vast Interior and Arctic Alaska, the third largest city in the 50th state of the union also might be its heart.

Nicknamed the Golden Heart City, a reference to the gold rush of 1903, Fairbanks has been the end of the line for a variety of adventure seekers, from miners and riverboat captains to entrepreneurs.

For the modern-day adventurer, if experiencing the Northern Lights is on your bucket list, Fairbanks is the wintertime destination for you.

Just south of the Arctic Circle, the outermost parallel circle where one cannot see the sun rise over the horizon in the winter solstice, Fairbanks experiences near constant darkness on Dec. 21.

When I visited Fairbanks with my son in early December, our flight landed at about 3 a.m. We crawled out of bed seven hours later in the soft glow of a 10 a.m. sunrise. Leaving the hotel, a windy blast of minus-30-degree temperatures set the stage for a weekend-long adventure in America's last frontier.

Strongly influenced by the ways of the Athabascan Native Americans, Alaskans have a connection with land that transcends recreation. To understand this relationship and get your bearings on what to do and see, an excellent first stop is the Morris Thompson Cultural and Visitors Center.

A museum as much as a welcome center, visitors experience life-size, interactive exhibits that tell the story of how the Alaskan people live in each of the four seasons. The site also serves as a source for collecting information, as it is home to both the Fairbanks Convention and Visitor's Bureau and the Alaska Public Lands Information Center.

Admission to the Morris Thompson Cultural and Visitors Center is free and includes access to a 100-seat indoor theater that runs a short film on Alaska's history, nature and culture. In the summer months, the local Tanana Chiefs Cultural Program uses the theater space for a one-hour show featuring traditional Athabascan music, dancing and storytelling.

For more lessons in Alaskan history, geology, geography and social studies, head to the Museum of the North on the University of Alaska-Fairbanks campus. On the upper level, a 2,000-year spectrum of Alaskan art that ranges from ancient ivory carvings to contemporary paintings. It's here you can pose for a fun photo in a giant wooden outhouse covered in antlers and old license plates.

Located in downtown Fairbanks is the official headquarters of the Yukon Quest, a 1,000-mile international sled-dog race running between Fairbanks and Whitehorse in Canada's Yukon Territory. Many people consider Yukon Quest to be the most difficult dog-sled race in the world; mushers travel on frozen rivers and through four mountain ranges as temperatures commonly drop to minus-60, with winds reaching up to 50 miles per hour.

Yukon Quest has run every February since 1984; Fairbanks is either the starting line or finish line for the race each year. To compliment this experience, walk over to the Bouchard's International Dog Mushing Museum, a 5,000-square foot facility that houses more than 1,000 dog-mushing artifacts.

On the subject of ice, the world's largest year-round indoor ice environment can be found at the Aurora Ice Museum, one of the many attractions at Chena Hot Springs Resort, about an hour drive northeast of downtown Fairbanks on Chena Hot Springs Road. Inside the Aurora Ice Museum, visitors enjoy champion-caliber ice carvings and can drink a beer or green apple martini served in a souvenir glass made entirely of, you guessed it, ice.

We enjoyed Chena Hot Springs Resort not for the ice, but for Rock Lake, an expansive freshwater hot springs swimming area that averages four-feet deep and a temperature of 106 degrees. For some good-clean fun, dip your head under the water and feel every hair on your face and head freeze into an icicle as you scurry back to the indoor locker rooms (the darker your hair, the better the photo).

Because Chena Hot Springs Resort is even deeper into the remote Interior Alaskan wilderness than Fairbanks, it touts some of the best Aurora viewing conditions in the area. And, indeed, the aurora did come out in our magical drive home. Travel tip: Moose often are spotted on this route; drive with caution and respect them for the wild and powerful animals they are.

Later that night and in the wee hours of the morning, the Northern Lights came out even more brilliant and breathtaking than before. And while green and gold lights snaked and danced above my head, I discovered my camera battery was frozen to the core. And, just like the early pioneers, you'll have to take my word for it.

Fairbanks: Visit explorefairbanks.com to help plan a trip to the gateway to Denali, Fairbanks, Alaska.

North Pole: A suburb of Fairbanks, find out what’s happening with a visit to northpolealaska.com.

We ventured out to the nearby community of North Pole, located 15 miles southeast of Fairbanks on Alaska Route 2. As you might suspect, the main attraction in North Pole is a holiday-themed gift shop called the Santa Claus House.

We collect Christmas ornaments from each place we travel, and Santa Claus House met our needs in a major way. During our visit, Santa was patiently listening to the needs of a line of children. I came prepared with a stack of cards to be inked with the official “North Pole” postmark. Travel tip: Look for the mailbox inside the Santa Claus House; staff will hold letters deposited throughout the year for a December delivery date.

Christmas in Ice, an annual six-week winter ice park adjacent to the Santa Claus House was in full swing during our stay. The event features Christmas-themed ice art, ice slides, an ice maze, reindeer, a warming house and an ice podium to pose for a picture with Santa.