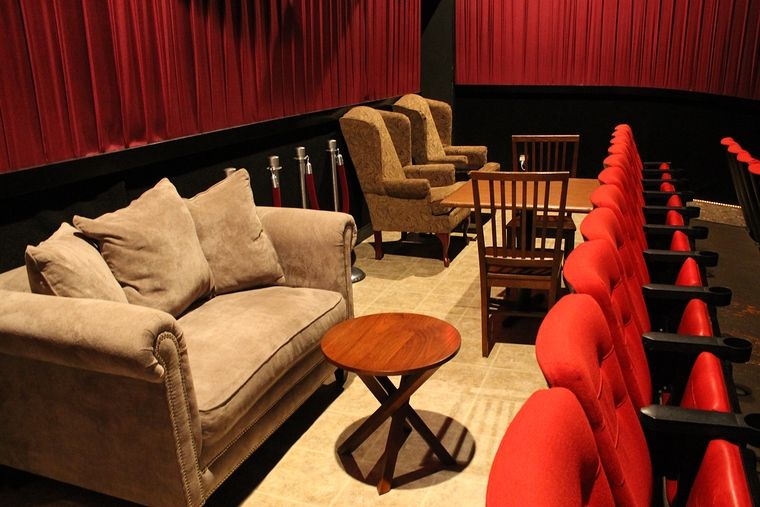 At The Pix in Albany, Oregon, the hip and nostalgic meet. Reservations only for the comfy seats in the back; sofas available with a 'date package.' 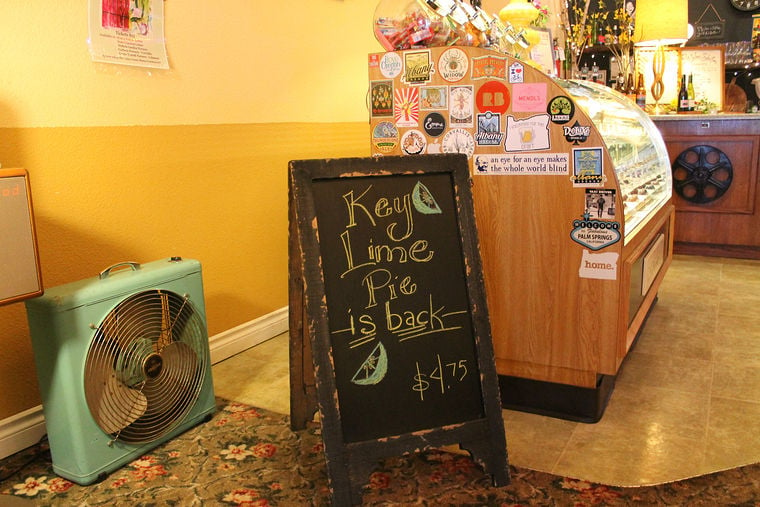 At The Pix in Albany, Oregon, the hip and nostalgic meet. 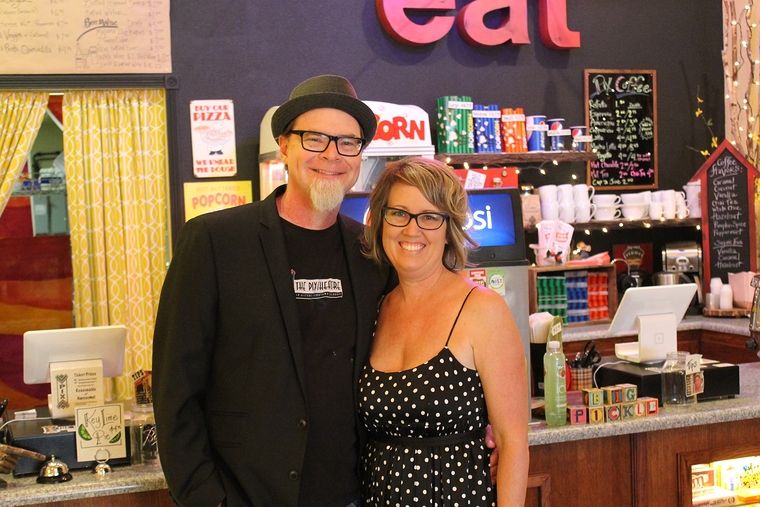 Theater owners Rod and Denise Bigner added creativity to the menu at their indie film theater in Oregon.

At The Pix in Albany, Oregon, the hip and nostalgic meet. Reservations only for the comfy seats in the back; sofas available with a 'date package.'

At The Pix in Albany, Oregon, the hip and nostalgic meet.

Theater owners Rod and Denise Bigner added creativity to the menu at their indie film theater in Oregon.

ALBANY, ORE. — In February 2013, Rod and Denise Bigner arrived in Albany, Ore, from Orange County, Calif., for the first time. Albany, a charming river-town of about 50,000 located 70 miles due south of Portland, was one of many destinations on the Bigners' search to buy an independently owned movie theater.

Specifically looking for a venue in a historic downtown district, the Bigners were in town to tour The Pix, a 200 seat, single screen first-run theater housed in a two-story building originally built in 1892 as a livery and boarding stable.

Arriving late on a Sunday night, the Bigners got in their rental car and headed out in search of a warm meal. "Nothing was open, not a single restaurant," Rod recalled.

"In California, Sunday night is no different than any night of the week." Denise added, "We were really discouraged and thought about going home the next morning. But when we got back to our hotel, the woman behind the front desk said, 'We need you down here,' and that really stuck with us."

And as it turns out, the Bigners needed Albany as much as The Pix needed new owners.

Both in their mid-40s, the Bigners were at simultaneous career crossroads. "Our jobs were changing with the economy and we started to wonder what we would do if we could do anything," he added.

"We loved watching movies and were already doing things like hosting an Oscar Blitz at our house every year," Denise recalled. Pinpointing their collective love for the film industry, buying an independent theater quickly evolved from an idea to a dream.

Come Monday morning, the sleepy business district started to wake up. "Downtown Albany kind of charmed us the next day," Rod said. "For a moment, we thought about leaving Albany and going up to look for a theater in Portland. But then we realized that Portland certainly wasn't looking for us."

Assuming ownership of The Pix on July 1, the Bigners had packed up their home and two children and began mapping out a business plan. High on the first order of business was to address an industry deadline mandating theaters convert from analog to digital projectors by the end of 2013.

To help offset the expense of the equipment upgrade, Rod launched an Indiegogo crowd-funding campaign. "Albany came out and supported us," he said. "The campaign raised $25,000 of the $40,000 we needed to make the conversion, and we really felt like our family was immediately welcomed into the community."

Albany's eleven screen Regal Cinema somewhat dictates what's playing at The Pix. Rob explained, "We're a first run and 'move over' theater, not a second run theater." In other words, when Regal drops a film, The Pix can pick it up; typically this happens three to four weeks after the film breaks, but up to 12 weeks could pass if the film is a big hit.

Still in business two years later, much of the Bigners success has been to make the movie going experience unique. "We realized our target customer was 'us' and we wanted to create a space that wasn't snobby," Rod said. For example, the last row of theater seats were removed to make room for oversized chairs and couches; available to patrons on a first-come-first-serve basis, unless they have been reserved with a "date night" package. A disco ball spins while the credits play to the end of every children's movie. "Kids love it!," Denise added.

Parents themselves, Rod and Denise know first-hand the cost of taking everyone out to the movies. "We don't think taking your family to the movies should be something you can only afford to do every once in a while," Rod said. "We know that if the concessions are affordable, people won't try and sneak them in. Plus, it just feels wrong to sell someone a small soda for $5.50." The Pix Special is one large gourmet popcorn and two large drinks for $8.75.

Patrons looking to deviate from traditional movie fare will find unique selections on the menu ranging from chocolate-dipped frozen banana covered with sprinkles to a hummus and veggie plate. Local beer and wine is served to those older than 21, and eating food inside the theater is encouraged; trays slide into the movie seat cup holders.

The Bigners also have partnered with chef Matt Bennett and Sybaris Bistro to bring in "plate and serve" meals available for purchase during special events and themed-movie nights. "We showed 'Raiders of the Lost Ark," for the premiere of the digital projector and served food in theme with each scene from the movie," Rod said. "We even had poison date hors d'oeuvres and rolling meatballs." Rod added that movie events with food themes are among the most attended and likely to sell out.

Other recent and popular venues have been retro shows including the 30th anniversary of "Back to the Future," "The Breakfast Club," and "The Big Lebowski."

"We want to run movies that we are excited to tell people about. If we're not behind the movie, it shows."

The Pix also is registered with CrowdedTheater.com, a voting website where patrons select which movies they would like to watch at their local independent theater. If the vote reaches critical mass, tickets automatically are pre-purchased and the show comes to town.