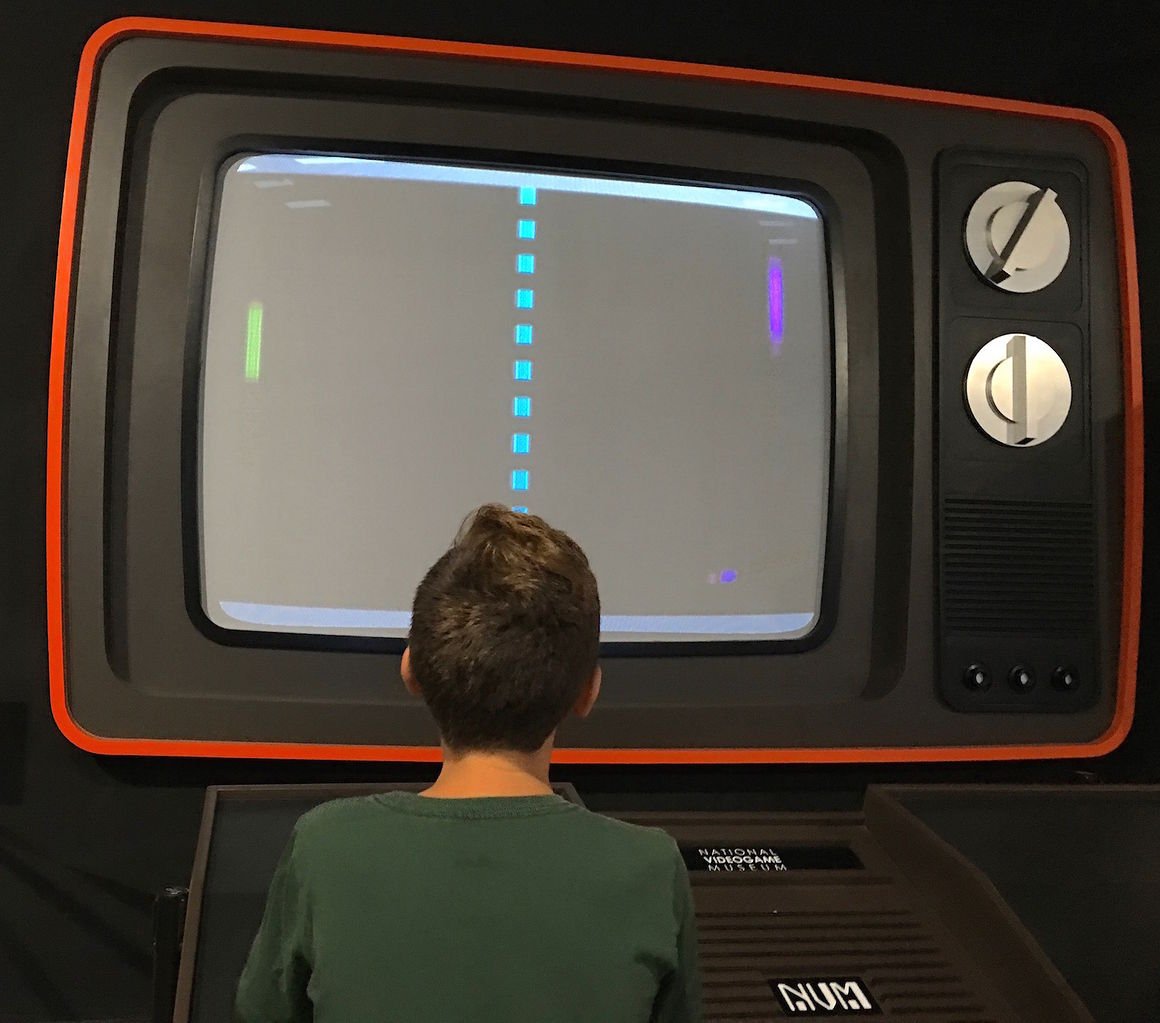 A huge Pong machine pays tribute to the videogame that started it all, at the National Videogame Museum in Frisco, Texas. 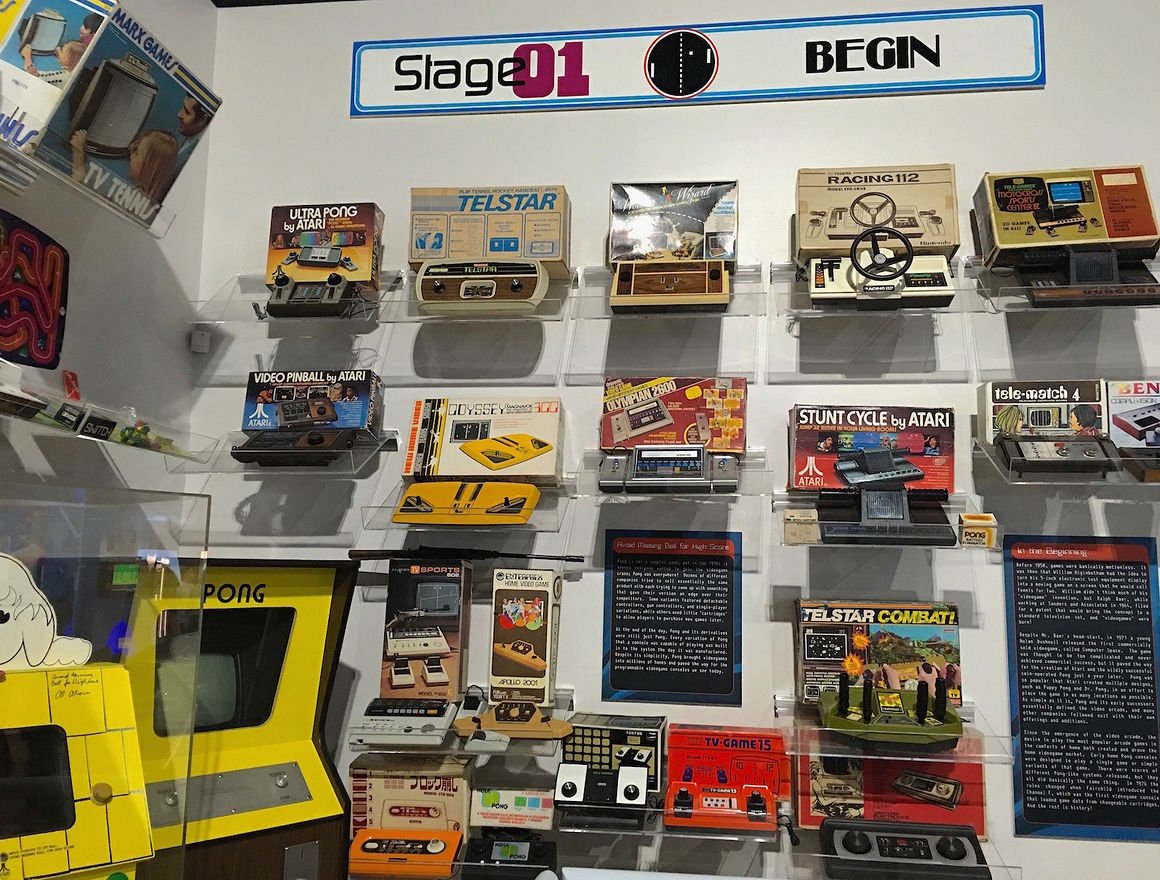 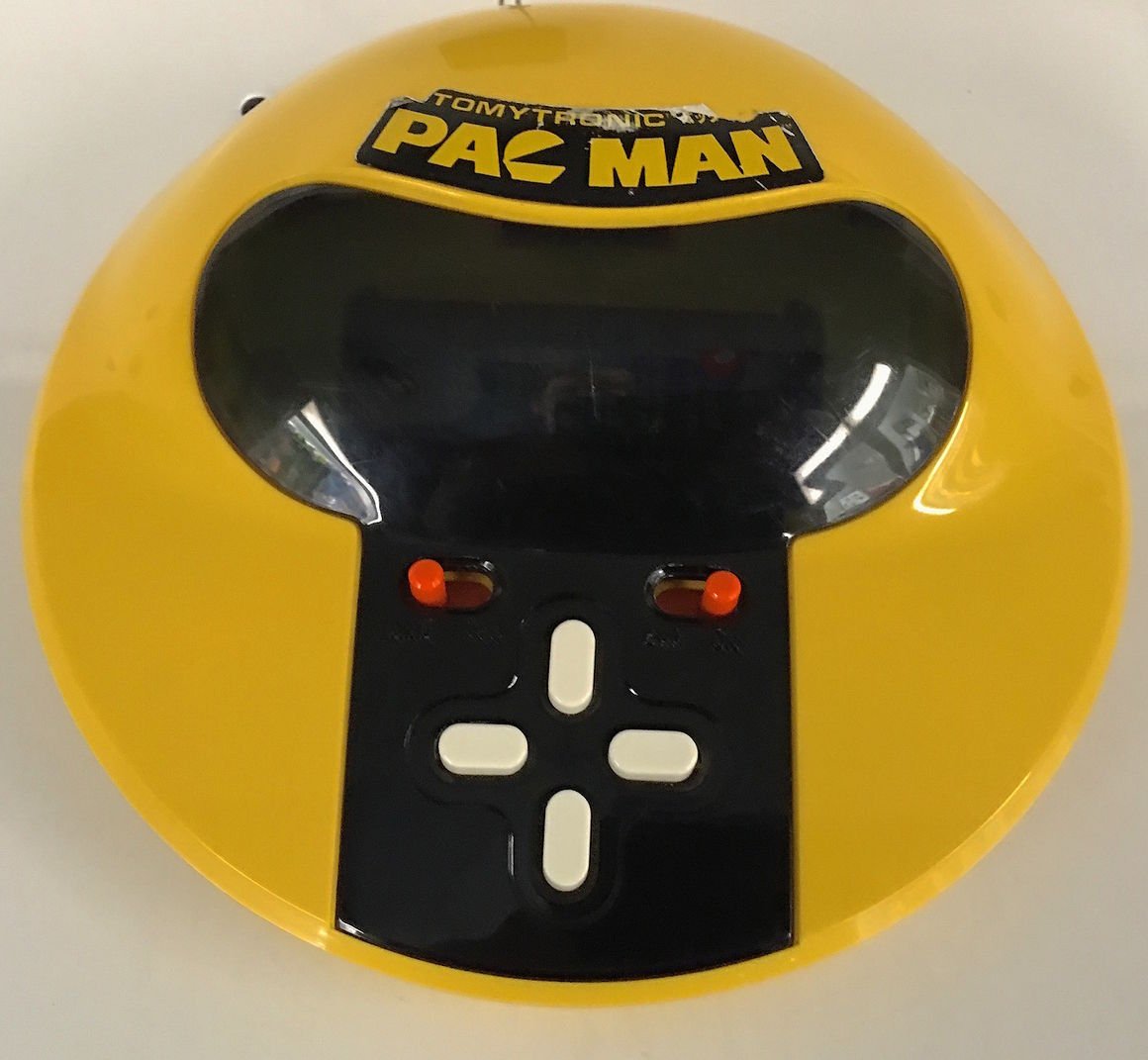 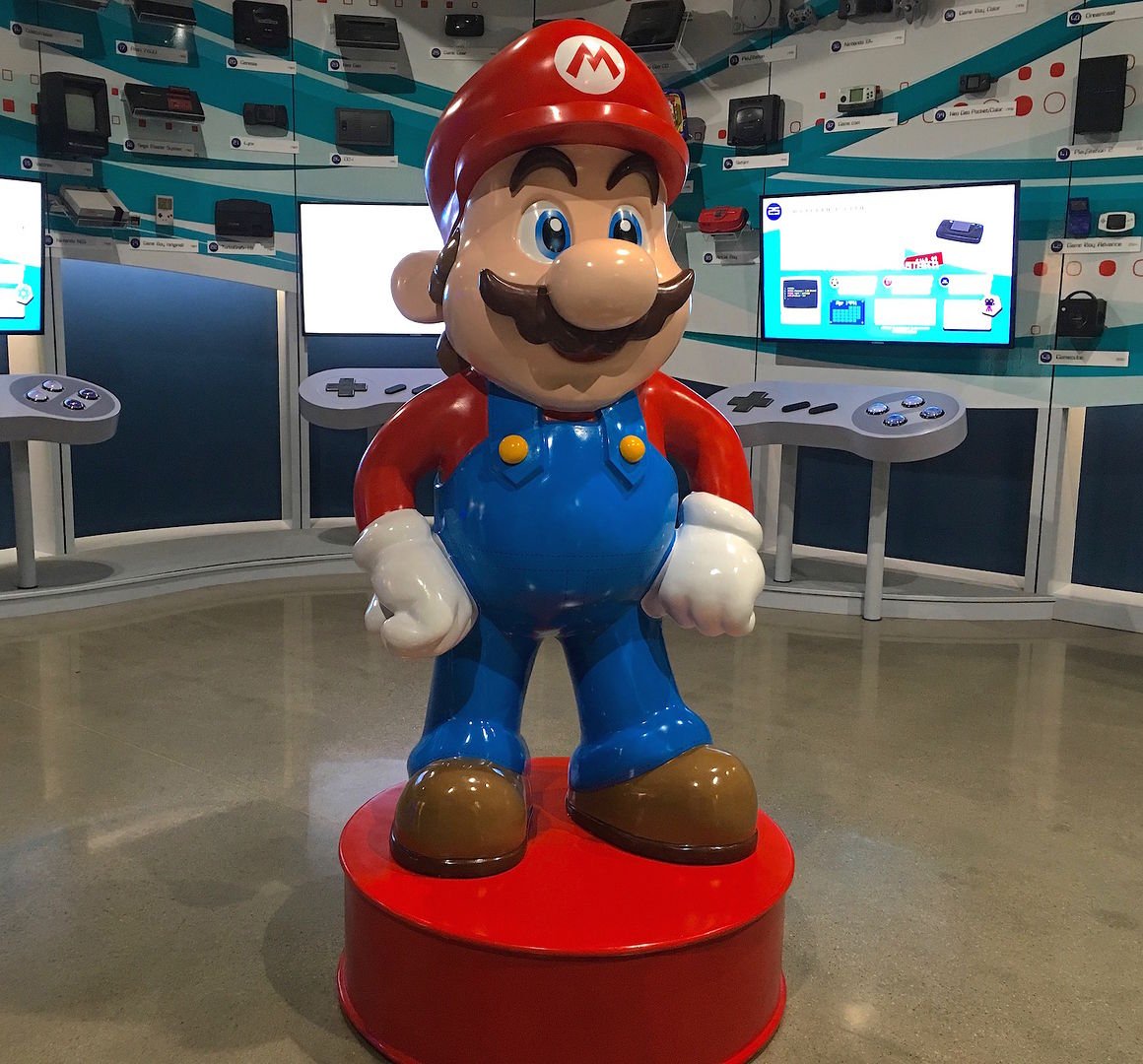 Trace the history of video games at this museum, and enjoy playing vintage PacMan or take a photo with a gigantic Mario.

A huge Pong machine pays tribute to the videogame that started it all, at the National Videogame Museum in Frisco, Texas.

Trace the history of video games at this museum, and enjoy playing vintage PacMan or take a photo with a gigantic Mario.

Joe Santulli plops down on a plush sofa, picks up a video game controller and begins playing Frogger on a console television.

An avocado green rotary phone rests on a side table. A black velvet bullfight scene hangs on a wall. And an artificial ficus tree sits in a corner.

If you wonder what time warp you might have entered, look at the scene across the hall.

In a re-created bedroom, Sean Kelly eases into a desk chair, leans back and stares at a 19-inch Zenith TV to play the Duck Hunt video game from a new company called Nintendo.

The twin bed has a Pac-Man bedspread. Ferris Bueller smiles from a wall poster. Mad Magazine boasts a cover of Alfred E. Neuman. A neon pink-haired troll sits on the dresser. And a young Depeche Mode band sneers from a photo.

Opened in April 2016, the National Videogame Museum is the brainchild of three guys — John Hardie, Kelly and Santulli — who fell in love with gaming when they were kids and have been collecting videogames and related paraphernalia for decades.

"The first game I played was Gunslinger when I was in the sixth grade," Santulli said. "I didn't get my first game until I was 14 years old."

Originally, the trio offered some of their collection as a traveling exhibit at video game conferences. But fellow gamers kept asking them to create a permanent home for their treasures. That's what the three men did in Frisco, Texas.

"We were getting a bit older and getting tired of moving our stuff around," Santulli said. "We wanted a museum, but we didn't want it to be just a place that you walk through and look at. We wanted it to be very interactive so you could have fun and still learn something."

When I visited, people of all ages were enjoying the museum. I heard parents telling their children that these were the games they used to play long before iPhones and computers became commonplace. Stopping for a photo by a large entrance statue of video game character Mario, Mark Thompson, of Dallas, explained to his 6-year-old son, Will, that the 1981 Donkey Kong game with Mario was a big deal when he was growing up.

"I was the first one of my friends to have Donkey Kong and everyone wanted to play it," Thompson said.

Behind the entrance statue of Mario is a huge wall of consoles that visitors can touch and use. A 15-foot-tall Pong machine pays homage to the game that started it all. Pong was one of the first videogame systems playable at home.

"I had a Pong system game in 1975. That's the game that got me hooked," Kelly said. "But my parents kept it in the closet up on a toy shelf and only brought it down on Saturday nights."

Although he had played Pong at a cousin's house, Santulli said his parents wouldn't allow him to have a video game for fear it would burn an image in their television screen.

"My Mom said when you can buy your own TV, then you can have that game," Santulli said.

Gaming a popular pastime for all ages

"Some of the early games were very bad," Santulli said. "The ET game in 1979 was so bad that they dumped them in a landfill. ET is regarded as the game that destroyed the 1980s video game industry. All these companies were going out of business … The whole world shifted into computer games."

Three of the most popular museum exhibits are the 1980s living room and bedroom and the 1980s-style arcade room called Pixel Dreams. The arcade rings with the gobbling sound of Pac-Man, plus Donkey Kong Jr., Space Invader, Mortal Kombat, Asteroids Deluxe and much more.

The arcade is complete with 80s music, neon colors and black lights. Visitors get four tokens to play whatever games they want and can buy more tokens. "We do have people who stay here all day," Santulli said.

Interesting facts learned at the museum: The video game industry is larger than the music and movie industries combined; the average age of a video gamer is 34 and about 40 percent are female; and Grand Theft Auto V generated $1 billion in sales within three days of its 2013 release.

Rare gaming artifacts also are on display, including the only Sega Neptune prototype, the Nintendo World Championship cartridge from 1990, the Atari Mindlink controller (one of only two in the world), the only known white-molded Atari 2600 and a Barbie-themed Game Boy (one of only two in existence).

A replica of Randy Pitchford's office pays tribute to the founder of Gearbox Software and the creator of the games Borderlands, Brothers in Arms and Duke Nukem Forever. The exhibits bring together science, technology, engineering and math (STEM) values within video games.

"For some, it's nostalgia," said Kelly. "But it's a lot more than just a game. It's something that brings you back to a certain part of your life. It's fun when you have different generations coming in here and enjoying something together."

Frisco, Texas: Located 20 minutes from Dallas, Frisco is known for family fun and the DFW Metroplex. Find out more at visitfrisco.com.