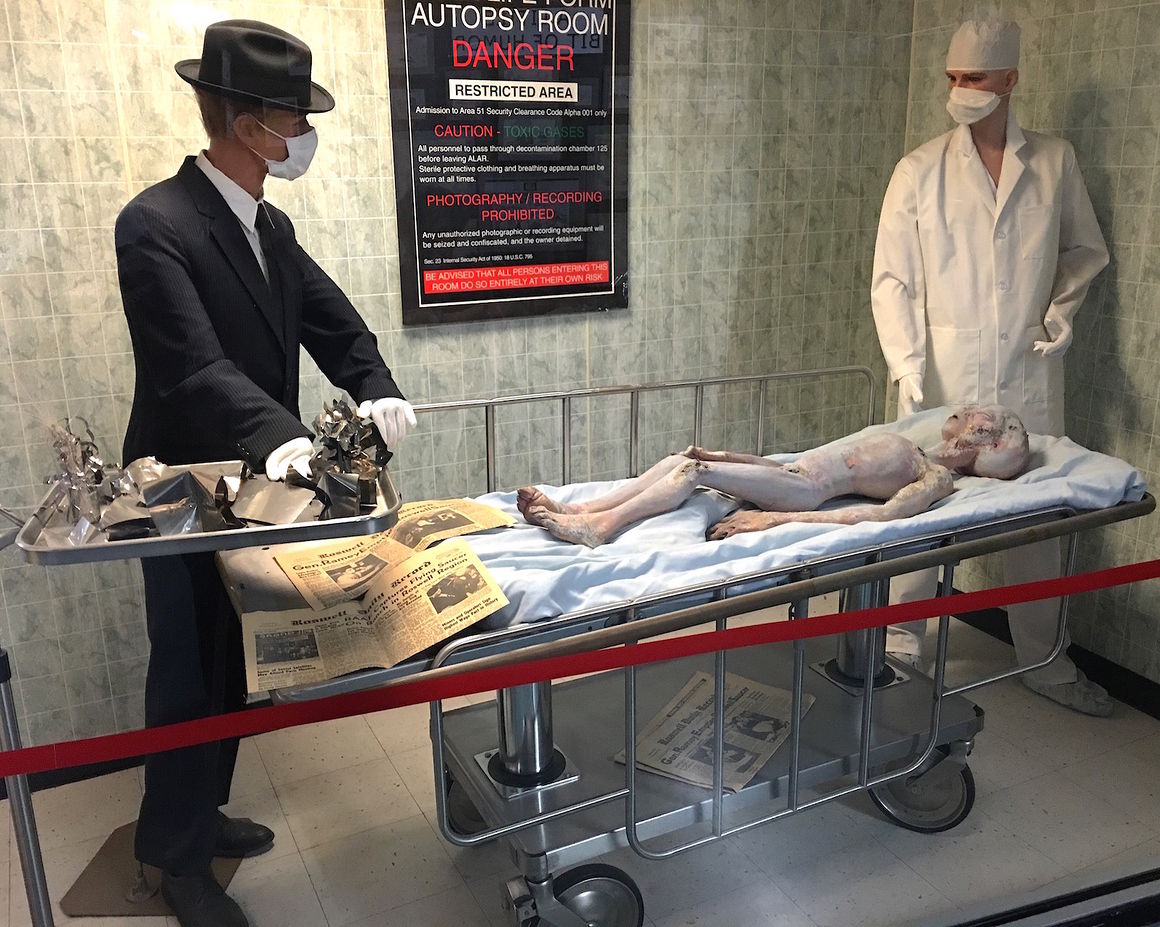 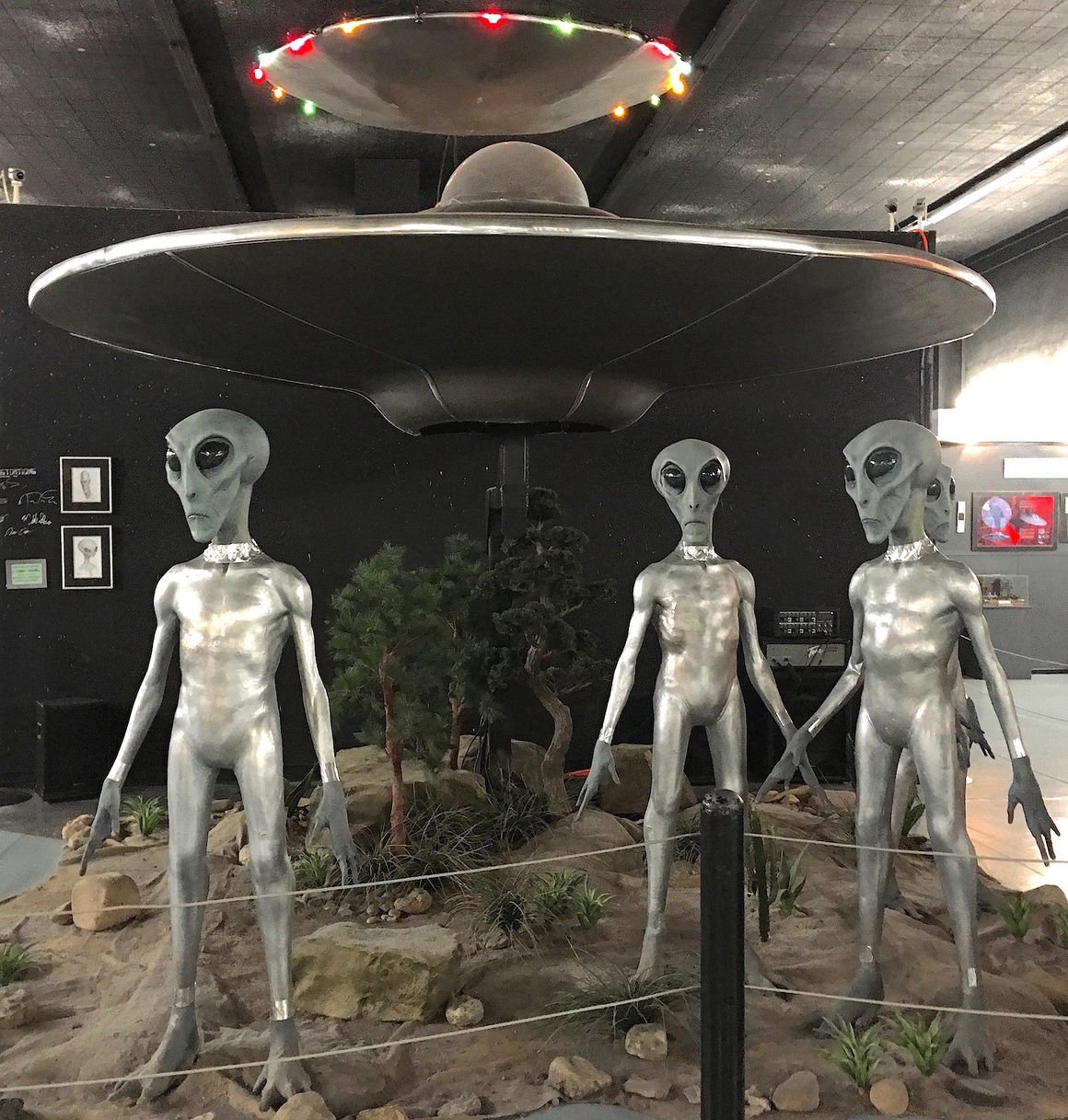 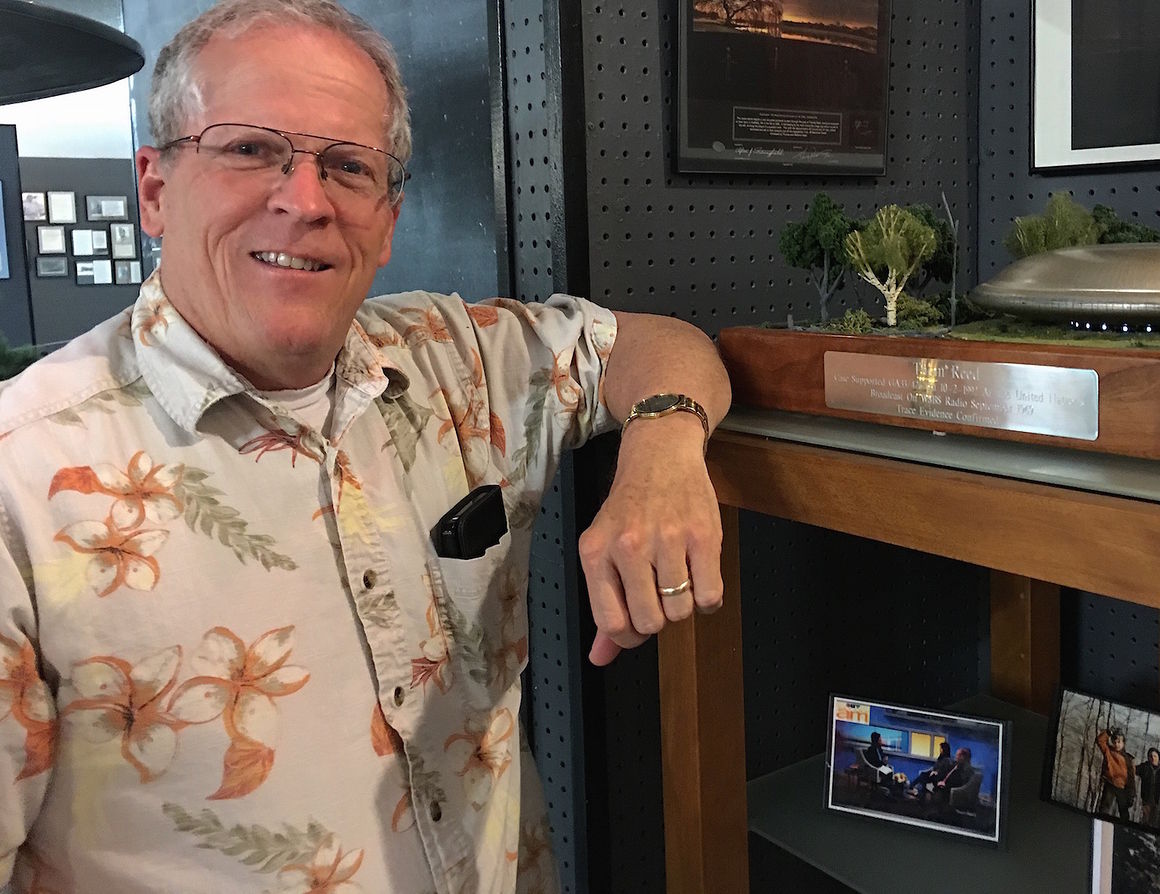 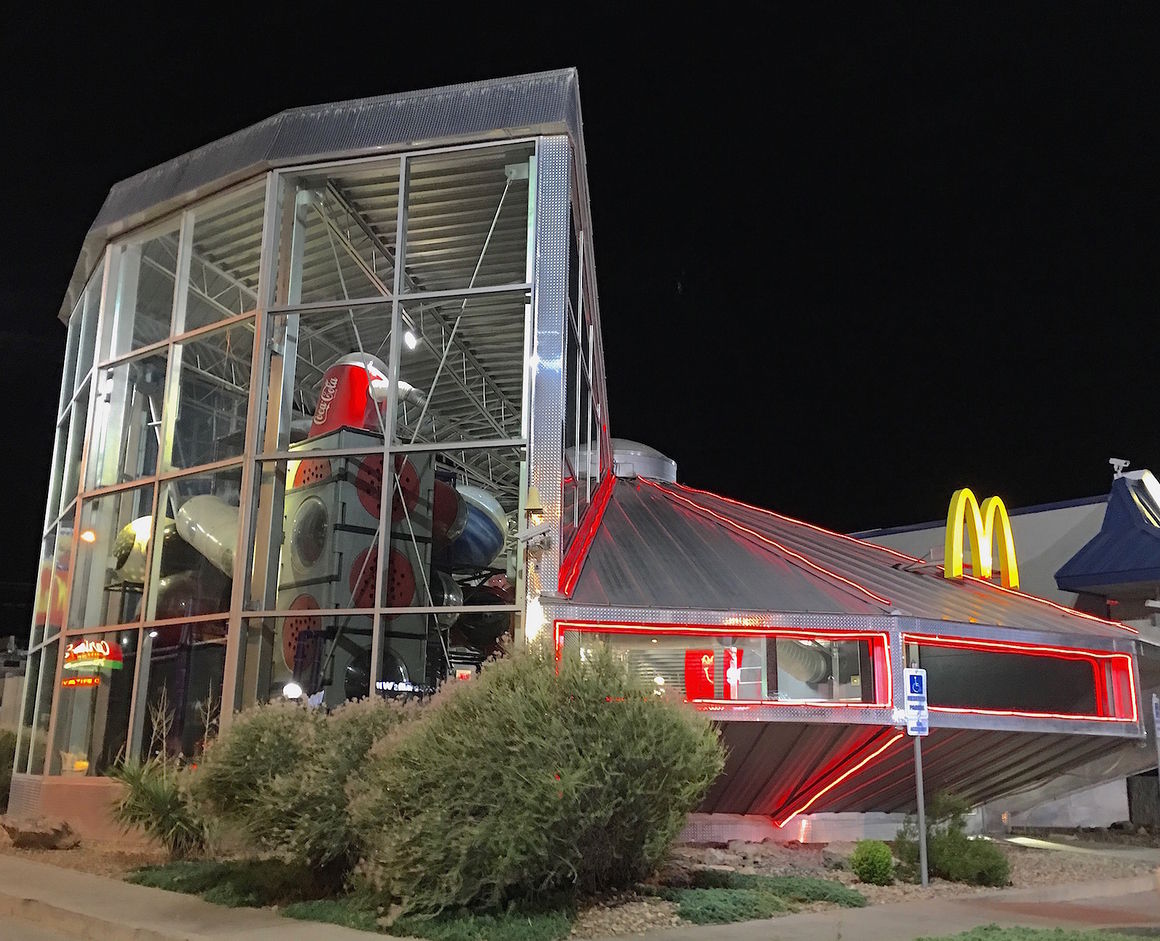 Lights flash, aliens speak and a flying saucer takes a foggy spin as adults and kids stand transfixed at the extraterrestrial experience, wondering if this is what happened here 70 years ago.

On that famous day in summer 1947, an alien spaceship reportedly crashed near Roswell, New Mexico. Known as "The Roswell Incident," that mystery is why the International UFO Museum and Research Center is here, where folks can see a spooky spacecraft takeoff and a scary alien autopsy scene.

It is why Roswell street lamps have alien faces on them; why El Toro Bravo Bakery makes green alien cookies; the local mailbox resembles a space robot; souvenir shops such as Alien Zone and Roswell Landing specialize in UFO-related merchandise; the Visitors Center has an alien photo spot; the local McDonald's is shaped like a flying saucer; and the city has a UFO Festival every July.

It is also why so many people come to Roswell to find out for themselves what happened. And the city of Roswell has been wise enough to embrace and celebrate that legendary UFO connection.

"We know that many people come here because of our UFO story," said Mayor Dennis J. Kintigh. "But they also quickly discover that Roswell has so much more going on."

Located in southeastern New Mexico with a population of about 50,000, Roswell boasts great recreational areas such as Bottomless Lakes State Park, Bitter Lake National Wildlife Refuge and Mescalero Sand Dunes. It also has attractions such as the Roswell Museum and Art Center, Anderson Museum of Contemporary Art and the Roswell Symphony Orchestra.

Aliens crashed in Roswell. Or did they?

But it is Roswell's brush with aliens that hovers over the city. Of course, there were reports of Unidentified Flying Objects before the Roswell Incident of 1947, but Roswell is the story that continues to inspire, fascinate and mystify.

"The more I study it, the more I believe it is true," said Frank Kimbler, assistant professor of earth science at New Mexico Military Institute. A professional geologist for about 30 years, Kimbler moved to Roswell in 2009 for his teaching position.

"I believe that a craft of unknown origin crashed in the New Mexico desert in 1947," he said. "It scared the hell out of the American military, and that's why they still won't talk about it to this day."

It all started after a bizarre July 1947 thunderstorm had swept across the desert. The next day, sheep farmer Mac Brazel found debris littering his pasture. Although it looked like normal wood, paper, tinfoil and rubber, the material was impervious to fire, hammer and knife. Discussing the find with his neighbors, Brazel was told he could have discovered the wreck from one of the flying saucers that had been written about in recent news reports.

Hoping to get answers, Brazel drove to Roswell Army Air Field, where his story piqued the interest of officials. The Army collected the debris and issued a startling news release on July 8 that the government had captured a flying disk.

When the story hit newspapers and media broadcasts, however, the news release quickly was retracted by the Army. It was only a weather balloon, the Army said.

That was the end of it for more than 35 years. Brazel died in 1963, still puzzled by what he had found. Then in 1980, two men — Charles Berlitz and William Moore — published a write up claiming the weather balloon story was an Army cover-up. Not only did the debris come from a flying saucer, but they claimed the Army had found the crashed spacecraft itself as well as the bodies of alien crew members.

No longer would sleepy little Roswell be known as "The Dairy Capital of the Southwest." The International UFO Museum and Research Center was opened in 1992, and people such as Kimbler have worked ever since to prove the incident really happened.

Using a metal detector and other high-tech instruments to scour the debris area since May 2010, Kimbler said he has discovered pieces overlooked by the Army.

"I've found some aluminum-type alloys that are like nothing on this earth," he said.

Another strange incident happened, Kimbler said, when he sent part of the silvery metal for scientific testing.

"I sent it by FedEx in a small plastic bottle. My family saw me carefully package it."

But when the package arrived in Arizona, the fragment was not in the bottle. "Our government has the ability to make things disappear," Kimbler said. "And I think that is what they did with my metal fragment."

Likewise, someone or something is covering up information about the Roswell Incident, many believe.

"Something fantastic happened here in the desert," Kimbler concluded."It would be rather arrogant for us to think that our planet is the only one that has life on it. There's a big wide universe out there filled with mystery. I think Roswell is part of that mystery, and it's exciting and important that we continue to look for the truth."