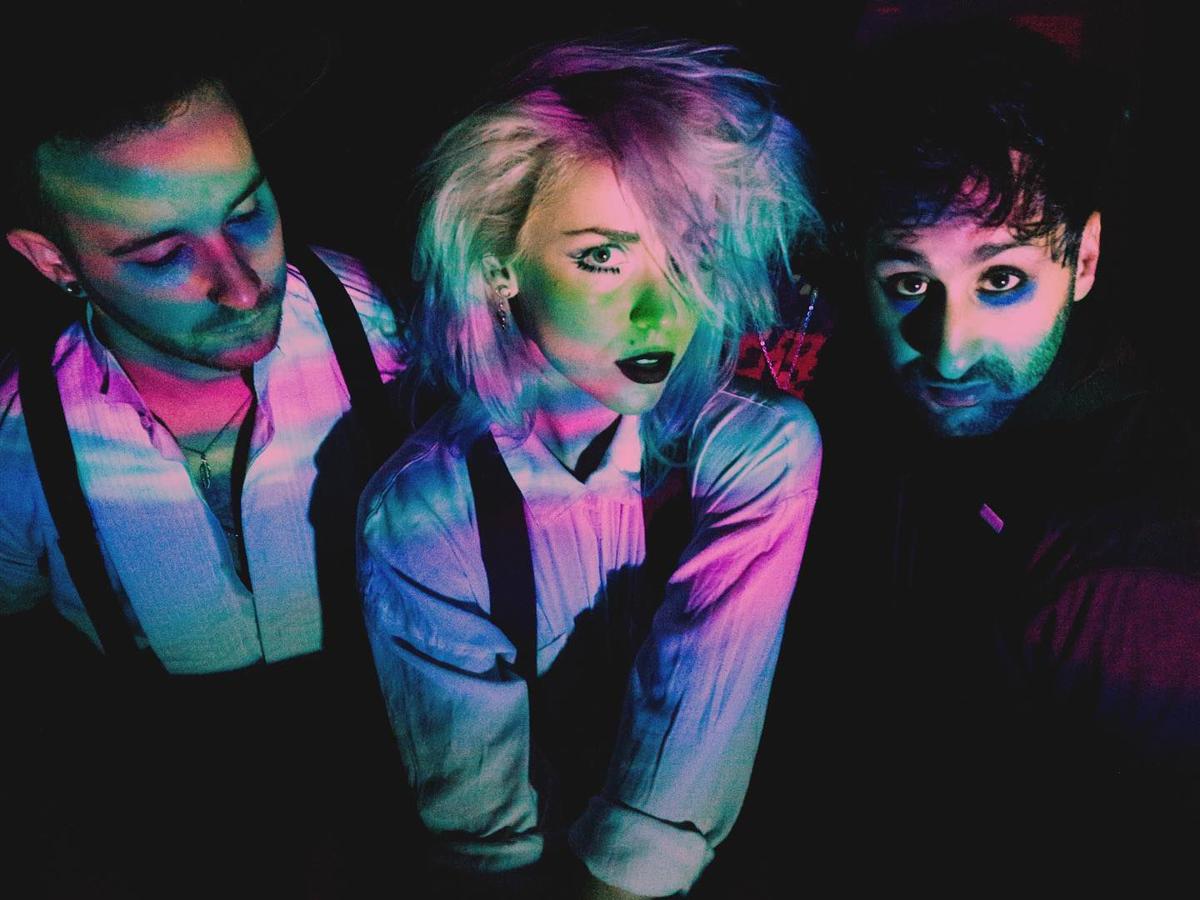 From left, drummer Rob Bodley, frontwoman Julia Lauren Bullock and guitarist Jake Ohlbaum make up The Foxies. The Nashville-based band will make its debut at the Merchant Street MusicFest on the Hill Stage at 4:30 p.m. July 27. 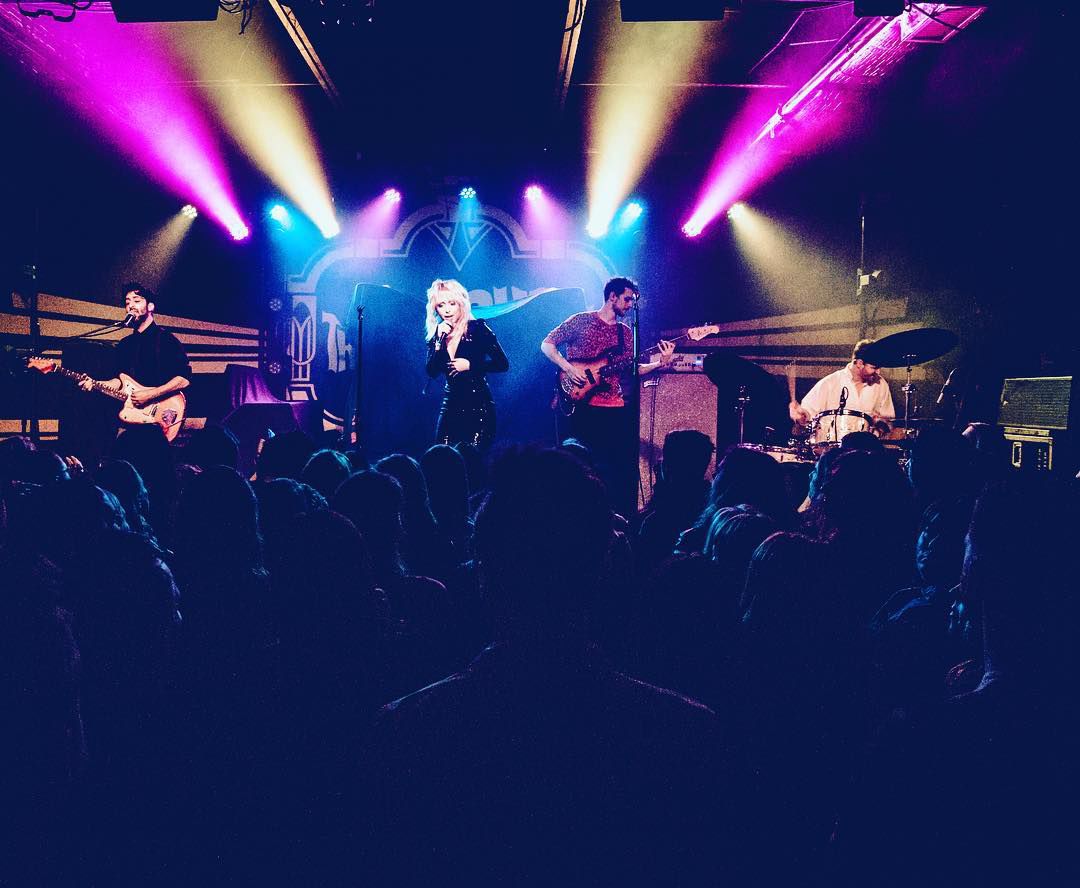 The Foxies will perform for the first time at the Merchant Street MusicFest on the Hill Stage at 4:30 p.m. July 27. The Nashville-based band released their second EP, titled “Battery,” in April, which is available on most streaming services, including Spotify and Apple Music. 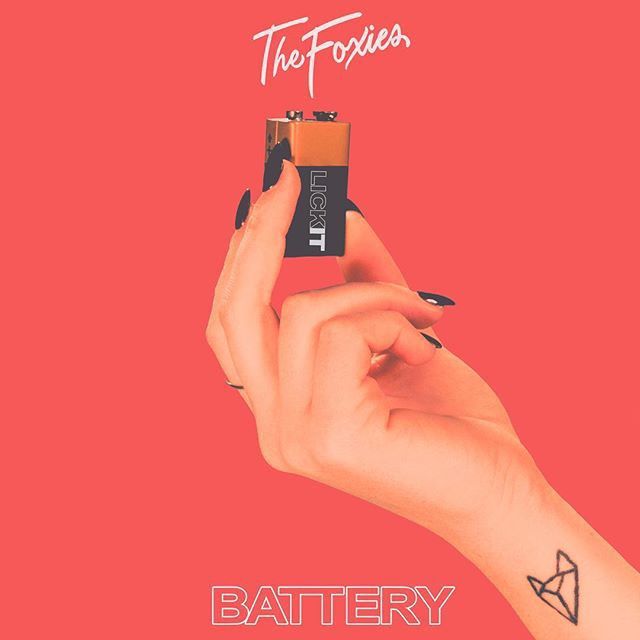 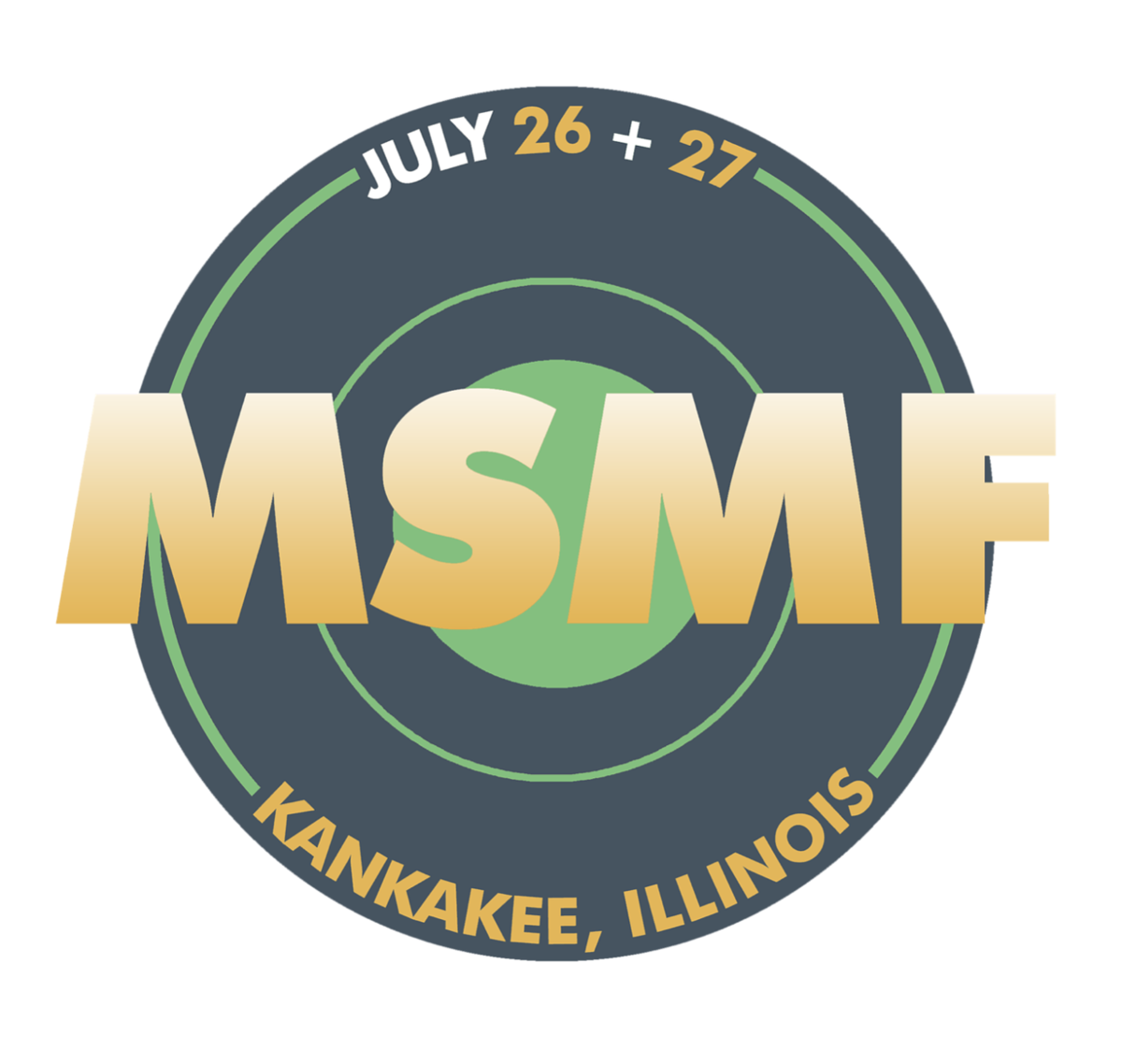 WHAT: The Foxies at Merchant Street MusicFest

COST: $5; free for children ages 5 and under

Tickets for MSMF are available at the gate for cash only.

Julia Lauren Bullock fell in love with music at a young age.

“When I was, like, 2 years old, I saw the ‘Sweet Dreams’ music video by Eurythmics, and I fell in love with Annie Lennox. I thought she was so cool.”

When she was 10 years old, she saw the rock band Green Day live for the first time. She looked up at the stage and thought to herself, “You know what? There aren’t many girls doing this thing right now. I’m gonna do this thing.”

Three years later, she did the thing. She started a band, and, while they didn’t do much and didn’t last long, young Bullock knew then she was meant to perform music.

Now, at age 25, Bollock will be performing with her band, The Foxies, at Merchant Street MusicFest on July 27 at the Hill Stage.

The Foxies is fronted by Bullock on vocals and also consists of guitarist Jake Ohlbaum and drummer Rob Bodley.

The Nashville-based band was formed by Bullock in 2014. Since then, it has released a handful of singles and two EPs, including the most recent, “Battery,” released April 5.

Bullock said The Foxies’ sound is similar to “if Billy Idol and Blondie had a baby” and said she is influenced by Gwen Stefani, David Bowie, Joy Division and The Smiths.

“We’ve got a lot of edge to us,” she said, “but at the same time, we’re polished. It’s glitter punk. It’s flirtatious, edgy fun.”

Though the band is not yet signed to a record label, the trio is passionate about creating, recording and performing music to the best of its abilities.

“If this was just a job, I’d probably be doing something else,” Bullock said. “You’ve got to put your blood, sweat and tears into it.”

“Battery” was written primarily by Bullock and Ohlbaum, with help from The Foxies’ former bassist Kyle Talbot.

Just a few months after the EP’s release, Bullock already has found herself in Los Angeles writing new music with the Silverman Brothers, Alex and Sean, a songwriting and music-producing duo that assisted in the composition of the band’s previous EP, “Oblivion,” released in August 2016.

In the meantime, The Foxies have launched a summer tour to support “Battery,” which includes the show at MSMF.

The band’s appearance July 27 will be the its first venture into the Kankakee area. (Luckily for Bullock, she recently found out how to pronounce “Kankakee” under the direction of an Iowa resident. She reportedly was “butchering” the word.)

Bullock and the band are looking forward to sweating, rocking, swearing and possibly spitting onstage next Saturday.

“We’re not really comfortable in our own skin unless we are on stage performing,” Bullock admitted, “I just love being able to be completely vulnerable in the coolest position ever.”

Along with performing songs from its EPs, the group also will unveil some unreleased music, including a song called “Gorgeous,” which Bullock states is “a big ‘I’m-gonna-spit-in-your-face-but-by-pure-accident’ song. It’s really fun.”

More than 30 other acts will be performing during the fest’s two-day run, but Bullock believes The Foxies’ set will prove unique.

“You don’t know what you’re gonna get at a Foxies show, and I think that’s the coolest thing. And that’s what we wanna live by,” Bullock said. “We just authentically love to have a great time.”

The Foxies will be performing on the Hill Stage at 4:30 p.m. July 27. Tickets cost $5 each and are available to purchase with cash only at the festival gates. Children ages 5 and younger will be admitted for free.

Aside from their own show, Bullock hopes to stick around to see other acts, including the Soundz and the Maroon Misfitz, whom she states have a “really cool vibe.”

For more MSMF coverage, don’t miss a Q&A with the Maroon Misfitz appearing in the July 25 edition of the Daily Journal.