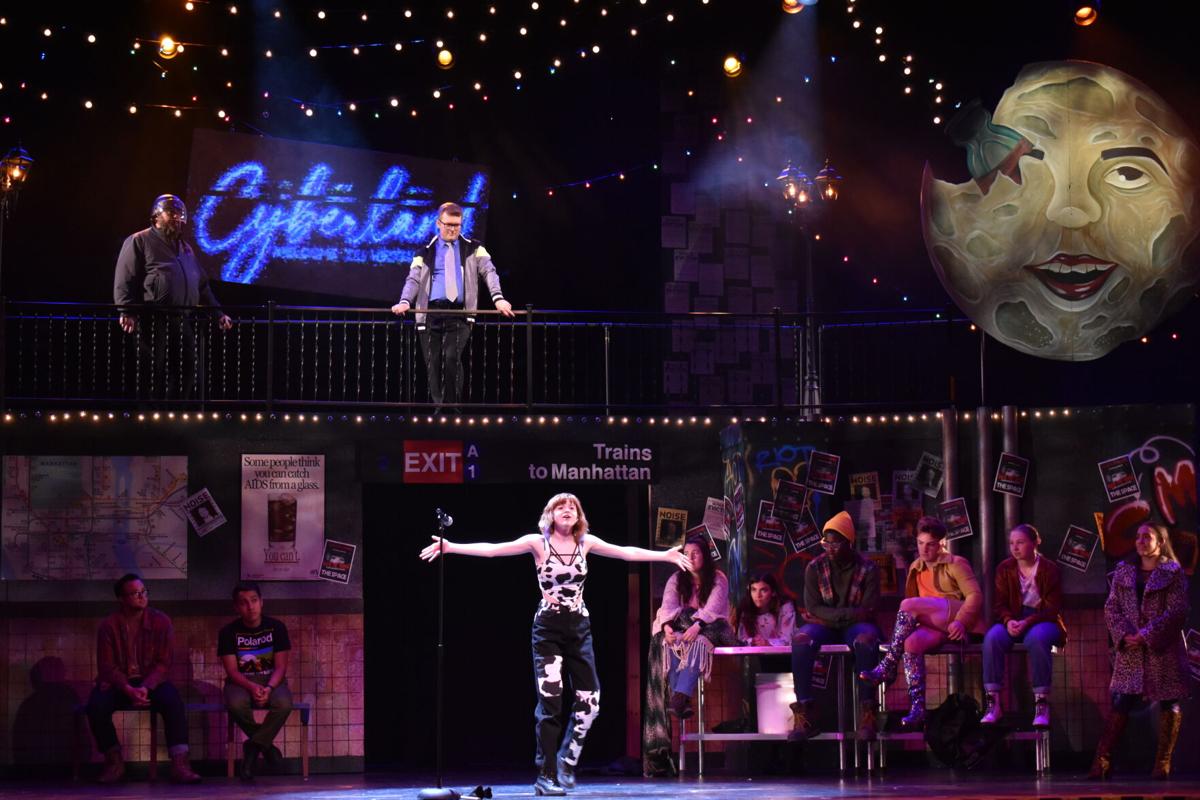 Grace Preboy, who mays Maureen, is joined by the Small Town Theatrics company in song during a dress rehearsal of “Rent.” 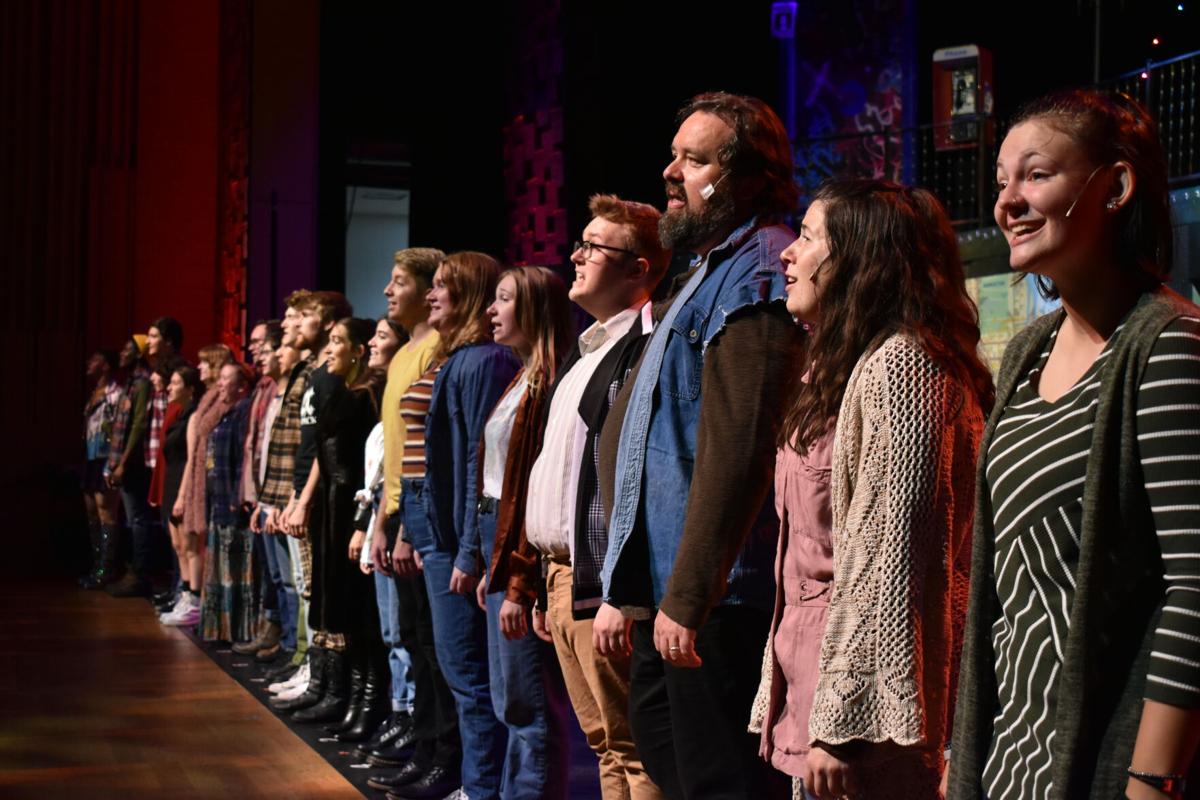 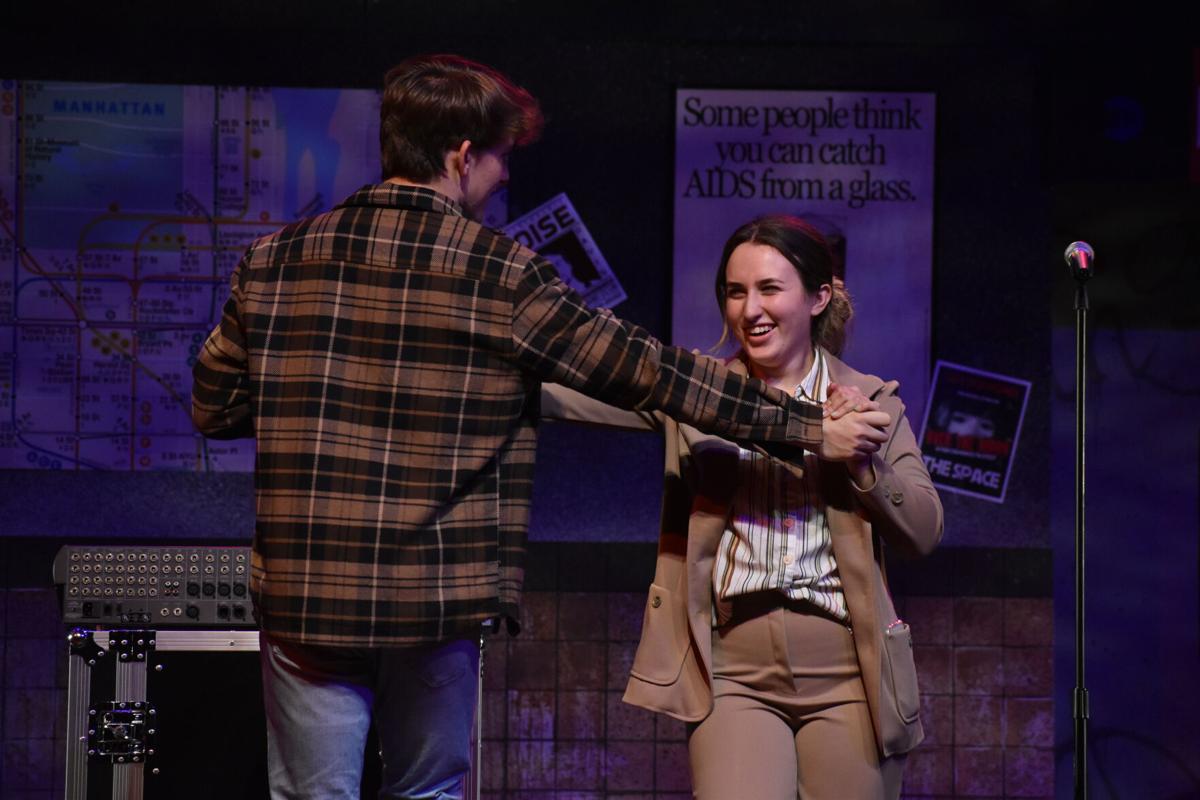 Grace Preboy, who mays Maureen, is joined by the Small Town Theatrics company in song during a dress rehearsal of “Rent.”

Small Town Theatrics returns to the stage this weekend for the first time since the pandemic drew an unexpected curtain. The community theater will be putting on a production of the hit Broadway musical “Rent,” which is celebrating its 25th anniversary this year.

With 7 p.m. shows on Friday and Saturday, and a 2 p.m. matinee on Sunday, this production marks the 12th season of the Coal City-based theater. The company making up this production represents more than 20 communities across eight counties, including Cook, Grundy, Kane, Kankakee, Kendall, Lake, Livingston and Will.

This is director Jack Micetech’s second time putting on a production of “Rent,” having previously directed the musical in 2014 for the same theater. He said that this was when the organization was relatively new, so this current production is like a “revisiting.”

“This is the second time I’ve gone back and revisited the show and it’s always interesting to me how the source material, the book, the score can be the same yet feel so different at the same time,” he said, noting that the company and team can change how a show is done.

Michtech pays credit to the people he’s worked with — not only in this particular production — but throughout his years as a director, as they’ve helped guide him to execute his visions. This show marks the production number 30 that Michtech has either directed or produced.

“I feel very fortunate that I had people in my corner that believed [we could have a community theater in Coal City] and they helped guide that journey,” he shared.

Because of the uncertainty of rules and restrictions surrounding COVID-19, they didn’t make the decision to move forward with the production until the beginning of June and started rehearsals shortly after. Despite the quick process, Michtech says it’s been “enjoyable.”

“It was the first time we were going to be able to get back in the space and this show kind of stuck out to me as the right fit for the right time,” he said.

Michtech noted that this production features actors who are father and son, which make this revisiting even more special. Additionally, music director Maggie Reed was the recipient of the 2019 best actress in the Illinois High School Musical Theatre Awards and the scenic designer is BBCHS graduate Steven Menard.

“This whole experience has been very cathartic just in terms of finally being back in a space and to be doing a show that is so powerful and considered one of the most iconic pieces of musical theater,” Michtech said. “It’s been a true pleasure.”

He said that, despite the short amount of time that the company has had for rehearsals and putting the show together, it’s come along without a hitch.

“What this company is bringing to it is something that is truly, truly special,” he said. “They’re far exceeding any expectation I could’ve had.”