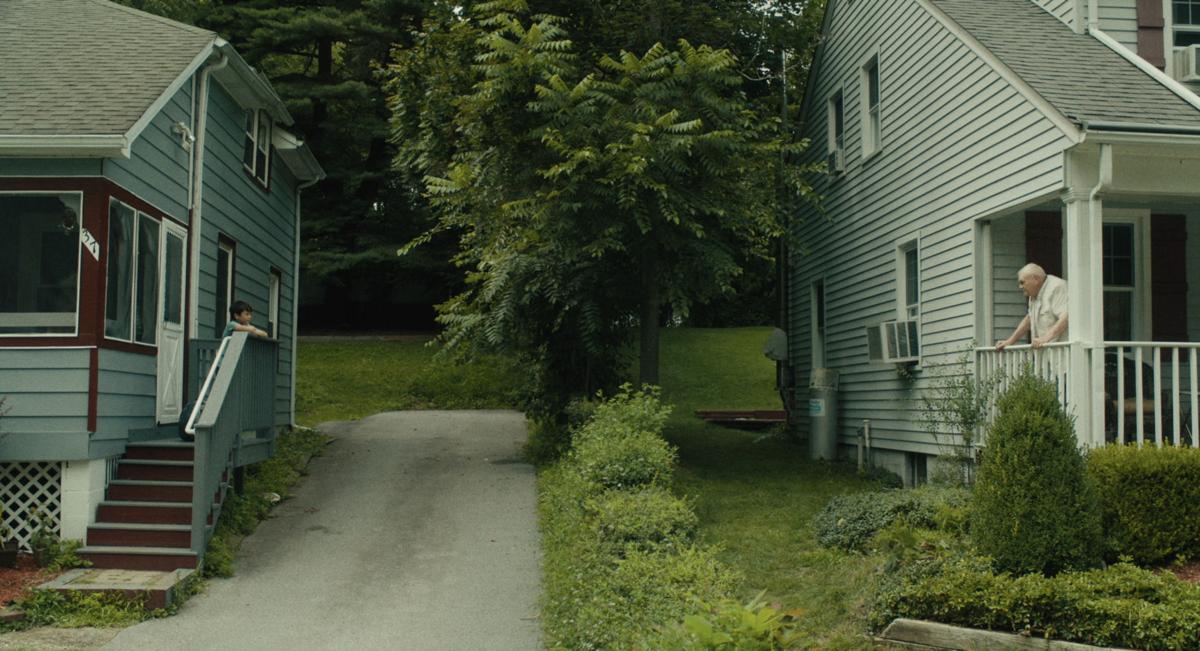 Brian Dennehy, right, and Lucas Jaye, in a scene from “Driveways.” 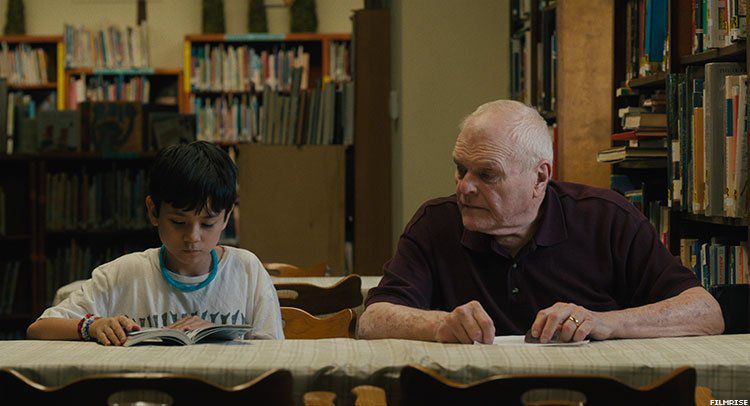 Brian Dennehy, right, and Lucas Jaye, in a scene from “Driveways.”

Home truly is where the heart is as we see in Andrew Ahn’s independent gem “Driveways,” starring the incomparable Brian Dennehy. Cody (Lucas Jaye) and his mom, Kathy (Hong Chau), travel to clear out her recently deceased sister’s home in a small town and as Cody ventures next door, he encounters Del (Dennegy). These three lives, separate for now, will intersect, creating a connection that has both short- and long-term effects.

The initial scene is a quiet one as Cody and his mom are on a long-distance trip. Driving for hours, with only an occasional stop, not a word is uttered yet we see Cody and Kathy take care of one another— he puts out her discarded cigarette, she splurges on a meal for him with nothing for herself at a restaurant. Arriving at their destination well after dark, Kathy and Cody can’t get into the house. And next door, a lonely man sits in solitude eating his dinner.

Kathy, Cody, and Del all have their own issues and all are explored with the utmost of care thanks to the introspective writing of Hannah Bos and Paul Thureen. Cody struggles with making friends, Del is looking in the rear-view mirror of life, and Kathy is always running. As different as they all are, they must all find the strength to face the future and what it holds while the adult characters face their regrets.

Cody and his mom are an entity, but due to the stressors Kathy must now face, she relies on Cody to entertain himself. He’s seemingly rather lonely and gravitates to the crotchety Korean War veteran who lives next door. Del can’t maintain that facade for long and quickly softens his gruff and irritable exterior, and we witness the caring friendship begin to develop. Del who is struggling with the beginnings of dementia finds solace in this young boy’s perspective and Cody sees the inner strength and wisdom this man has to share. Del lets down his guard as this young boy gives him not only friendship but validation that he still has purpose and value in this world. The authenticity of this relationship is what creates such an emotional connection to each of the characters and we truly care what happens.

While Kathy is more of a periphery story, she is the driving force and Chau’s performance gives this complicated character the no-nonsense demeanor it demands. Kathy is hardened by her upbringing and situations and we find that she never stops long enough to appreciate what’s in front of her. Death, fear of the future, and regret hang over her like a dark grey cloud. Although Kathy has built a tough shell to protect herself, it begins to fade away as she learns about her sister and ultimately herself.

“Driveways” will be one of Dennehy’s final films and one in which he shines. He creates a character filled with wisdom yet wrought with anxiety as he embraces his newfound friendship with Cody, sharing his past as well as his own regrets and fears. As Del’s daughter arrives on the scene, it’s obvious that that gruff exterior previously went more than skin deep as the tension and animosity is palpable. Again, regrets loom over these characters, but cracks in the facade may allow the damage to begin to repair. And all of these emotions are sublimely conveyed by Dennehy’s deft performance and with a genuine relationship between he and Jaye, the film never feels heavy handed.

Lovingly told, “Driveways” is an exploration in the pivotal moments in one’s life. All three characters, all at different stages, have an opportunity to reflect on their understanding of life and its meaning and then grow as they open their eyes and their hearts to let others in.

Pamela Powell is a film critic located in Bourbonnais and a member of the CFCA, the CCA, and is a Rotten Tomatoes certified critic. Writing reviews for 10 years, Pamela also can be found on WCIA TV in Champaign. She can be contacted at pampowell5@att.net