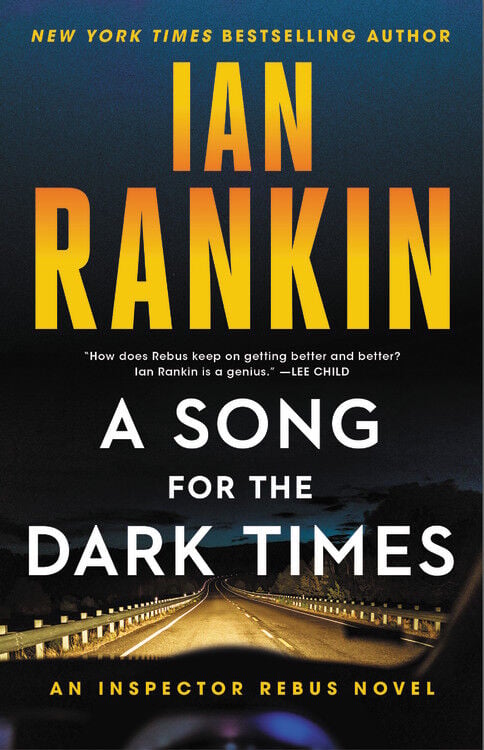 “A Song for the Dark Times” by Ian Rankin (Little Brown and Co.) 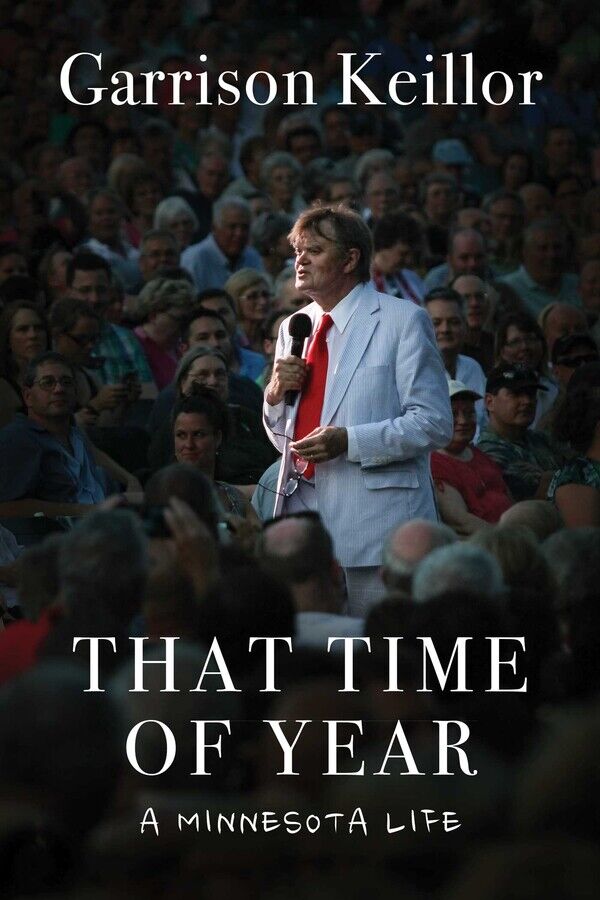 "That Time of Year: A Minnesota Life," by Garrison Keillor (Simon & Schuster) 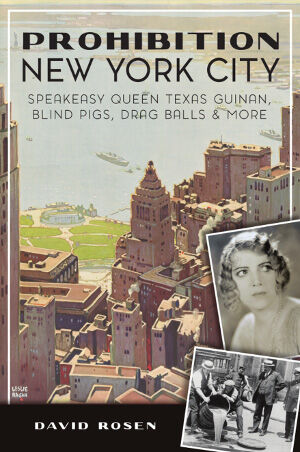 “A Song for the Dark Times” by Ian Rankin (Little Brown and Co.)

"That Time of Year: A Minnesota Life," by Garrison Keillor (Simon & Schuster)

Ian Rankin’s latest mystery is a study in contrasts

John Rebus, the Edinburgh police officer appearing in a novel by Ian Rankin for the 24th time, is growing old, but his mental acuity and sleuthing skills are as keen as ever. Retired from the force because of Chronic Obstructive Pulmonary Disease, he no longer can climb the stairs of his spacious apartment in a walk-up “tenement” and is being helped by his former colleague Siobhan Clarke to move into a smaller flat on the ground floor. Downsizing is hard for all of us — including Rebus’ small but feisty dog, Brillo — and for the aging detective, his old case files are among the most difficult possessions to part with.

“A Song for the Dark Times” is actually two parallel stories, although the author eventually brings them together. During his move, Rebus gets a call from his daughter, Samantha, who has relocated to a fictional town called Naver in the real highland county Sutherland. Samantha has distanced herself from her father — emotionally and physically — because of his having put police matters above family during her formative years. But now, Samantha’s husband, Keith, has disappeared. She and their daughter are alone and desperate, so Rebus takes his dilapidated jalopy up north, leaving Siobhan to care for his apartment and the dog.

When Rebus arrives, he receives a cool reception from his daughter, who remains ambiguous about their relationship. When Keith turns up murdered, Rebus meets an even colder treatment from the local detective, Robin Creasy, who not only resents unrequested assistance from the old city cop but considers Samantha to be the prime suspect. A weakness of the narrative is Rankin too often allows the uneasy rapport between father and daughter to take focus from the crime element. But it does fill out gaps in what fans already know about the indomitable Inspector.

The second murder is Siobhan’s case, back in Edinburgh. Salman bin Mahmoud, a wealthy Saudi student (and playboy) who is also a fanatic James Bond fan, is found in a seedy part of the city. There are international implications, including but not limited to Brexit, and a Detective Inspector Malcolm Fox is brought in from Manor Crimes Division to be Clarke’s partner in the investigation. It’s an uneasy affiliation, with each inevitably infringing on the other’s territory.

The seemingly unrelated crimes are brought together by a beautiful though unpleasant young heiress named Isabella Meiklejohn — a close friend of the Saudi student and daughter of a shady businessman who owns much of the land in Sutherland County. Coincidence and complications pile up. With this tale unfolding in Rankin’s fluid and colorful prose, we can hope Rebus and his old Saab, having survived one more adventure, will return next year for another bout of Caledonian chicanery.

‘That Time of Year: A Minnesota Life’ is a juicy memoir

Garrison Keillor has been holed up in Manhattan during the pandemic, but he left his heart in the Twin Cities. His first memoir, “That Time of Year: A Minnesota Life,” has its fair share of juicy tidbits about the often reclusive author, but he’s more passionate about honoring his homeland than looking inward.

Keillor is at his breeziest when honoring his childhood heroes: sharing an elevator with Cedric Adams, channeling Steve Cannon’s brashness while working as a parking attendant, listening to Herb Carneal broadcast Twins games, savoring a steak dinner with Irv Letofsky.

He makes local landmarks such as Al’s Breakfast and Northrop auditorium seem as Americana as Mount Rushmore. His descriptions of biking past Victory Memorial Drive or gawking at Penguin Boy during the Minnesota State Fair as a wide-eyed youth are so affectionate that the state’s tourism bureau might want to adopt those passages for their brochures.

Reflections on fellow Minnesotans aren’t always kind. As he did in his book of limericks, released last year, he takes a swipe at Bob Dylan, attacking his lyrics as “gaseous emanations of sensibility.” He saves his sharpest attacks for his former employer, Minnesota Public Radio.

He labels MPR reporters as members of the sleepiest newsroom in town, jealous of the success of “A Prairie Home Companion.”

“We lived among stone-faced people who wished we would die in a plane crash so they could write it up,” he said.

His bitterness clearly stems from the way MPR management and the press handled accusations he had behaved inappropriately at work, which led to a dismissal and his reputation taking a major hit.

Keillor sees the incident as being “hung out to dry for a mutual email flirtation” and doesn’t go into much more detail than that.

He’s much more open about his two previous marriages, taking his fair share of blame for their failures. But self-analysis never has been Keillor’s forte.

“I’m an escape artist,” he writes. “Avoidance is my specialty.”

In one of his most telling excerpts, he admits laughter doesn’t come easily to him: “It’s like bouncing a meatball. Strangers walk up to me and ask, ‘Is something wrong?’ No, I’m a happy man, but I come in a thick husk, like sweet corn.”

You might not catch Keillor in many giggling fits, but readers might laugh aloud when “That Time of Year” looks back at the early days of the radio show, peculiar fan encounters and the making of the Robert Altman film (check out his mixed feelings about Lindsay Lohan).

Are those tales as amusing as the best of the “Lake Wobegon” novels? Probably not, but die-hard fans will treasure stories with Keillor as the central character, rather than trying to discover him behind that Guy Noir mask.— Neal Justin, Star Tribune

In 1920, Prohibition became a sobering reality. Bars were padlocked, liquor stores shuttered and thirsty Americans sent home. The party was over, they proudly proclaimed. They didn’t realize it was just beginning.

After a World War, a pandemic and political upheaval at home and abroad, not everyone was ready to go on the wagon. Plenty of people still wanted a stiff drink and a bit of fun. And those weren’t hard to find, for a price.

The drunken ’20s started roaring almost immediately, but they were loudest in Manhattan.

By 1925, there were an estimated 100,000 illegal watering holes in New York City, “ranging from upscale speakeasies, to middle-class bars and cabarets, to working-class ‘blind pigs,’” Rosen writes. “The gangster replaced the neighborhood barkeep as the boss of the good time scene. ... Nightlife was reinvented.”

Technically, the 18th Amendment only criminalized the manufacture, transportation and sale of alcohol. It didn’t bother with the purchase or consumption. Bootleggers took almost all the risk. The profits, too. Before the ban, a quart of rye cost $1.39. After, it was three times that. Hipsters of the day kept their supply in flasks, stuffed into hip pockets.

Swells flocked to the posh 21 Club, hidden in the basement of a 52nd Street brownstone.

Those who couldn’t afford 21 went to neighborhood joints for a jolt of bathtub gin, a mix of tap water, glycerin, juniper juice and alcohol. The warning “That stuff’ll kill ya” often literally was true. Bootleggers who couldn’t get grain alcohol substituted lethal wood alcohol. Hundreds of New Yorkers died every year.

When the new law failed to rein in consumption, the government coldly decided to ruin the supply. Starting in 1926, it began adding poison to industrial alcohol. It was sold on the black market anyway and resold to countless unsuspecting consumers.

Yet speakeasies flourished, a club for every taste.

By 1929, though, it was painfully evident Prohibition had failed. The government had destroyed more than 170,000 stills nationwide since 1920. Unfortunately, it admitted, more than 1.6 million still were operating. Three years later, Franklin Delano Roosevelt campaigned as an anti-Prohibition candidate, and after his election, the 21st Amendment, repealing the 18th, was passed.

Except puritanism remained. Some states clung to Prohibition — Mississippi stayed dry until 1966 — while the federal government found new vices to try to stamp out. Four years after alcohol was legalized, marijuana was outlawed. Next up would be the war on drugs.

Although history proved enforced abstinence didn’t work, no one in Washington seemed to have learned the lesson given the national campaign of “Just Say No.” However, the fact was when it came to pleasure, plenty of Americans have always just said yes.