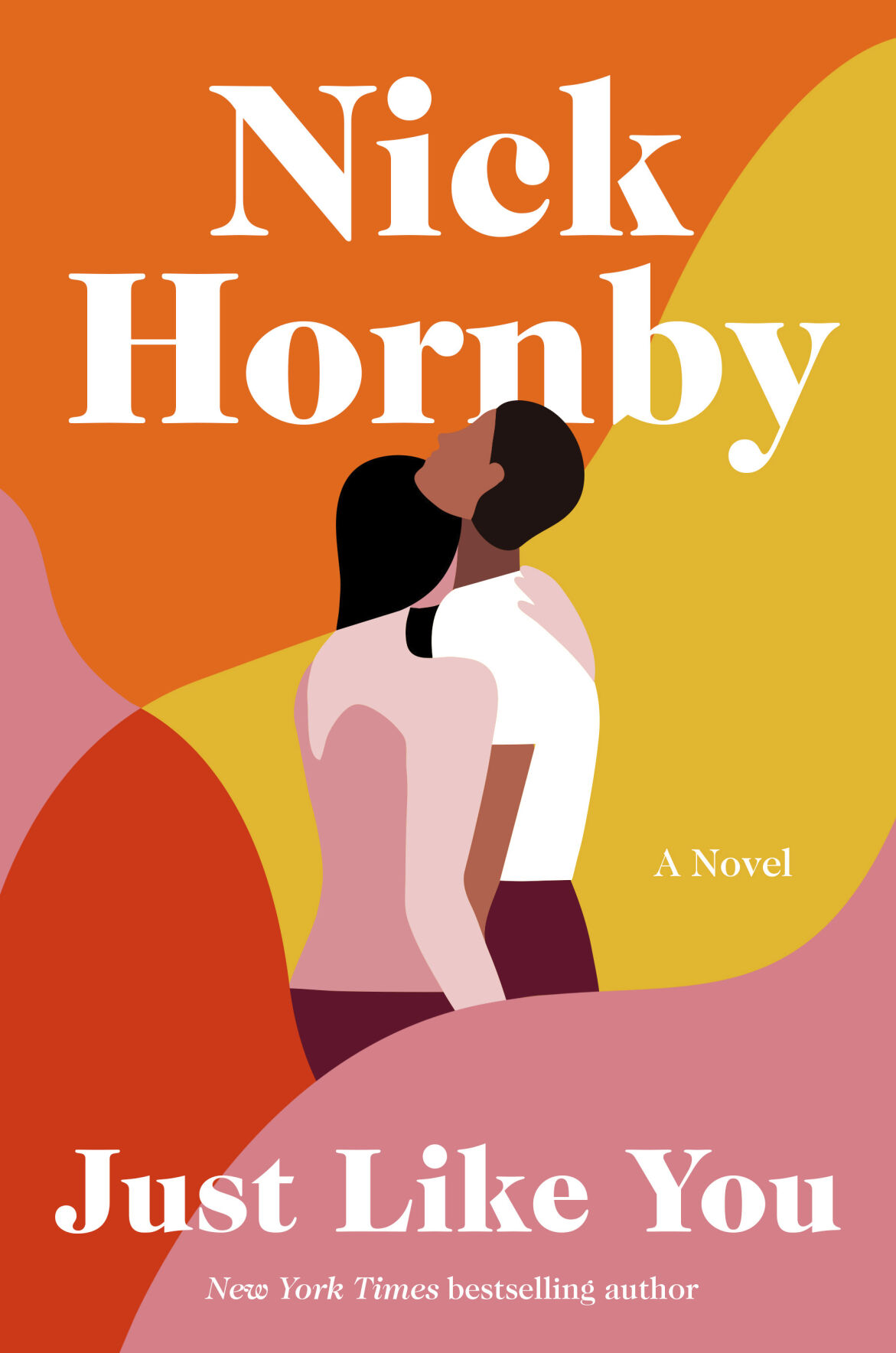 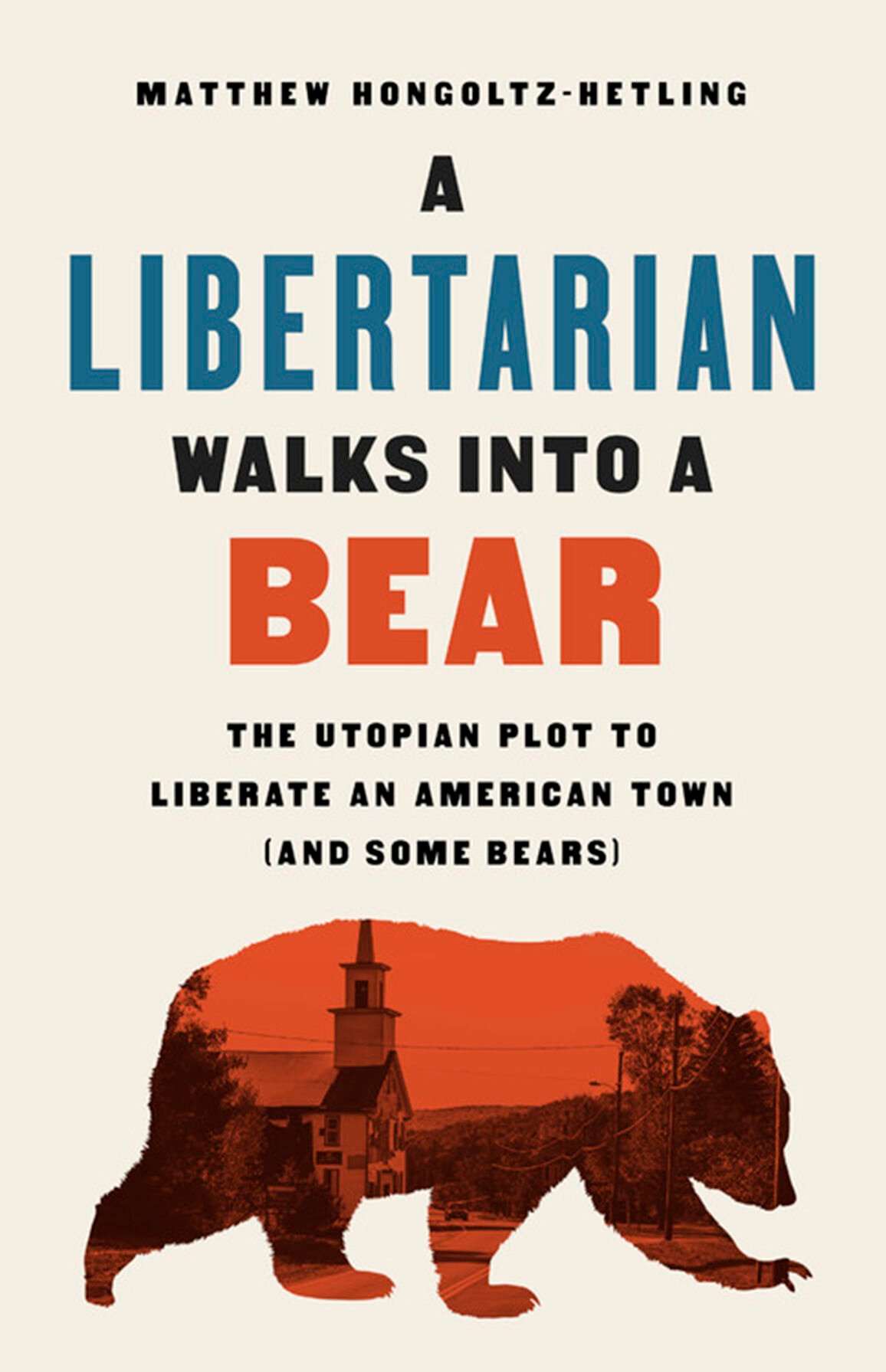 "A Libertarian Walks Into a Bear" by Matthew Hongoltz-Hetling 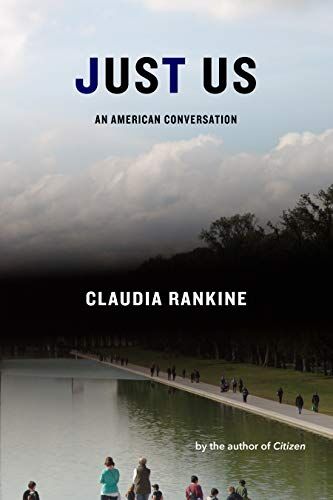 “Just Us: An American Conversation,” by Claudia Rankine

"A Libertarian Walks Into a Bear" by Matthew Hongoltz-Hetling

“Just Us: An American Conversation,” by Claudia Rankine

Nick Hornby creates a couple worth cheering for

Has the world ever needed a Nick Hornby book more than it does today? The British novelist who gave us “High Fidelity” and “About a Boy” is back with “Just Like You,” an endearing love story that defies convention.

Set in London as Britons vote on whether or not to leave the European Union, the novel is a breezy read, grounded in just enough realism to make it all feel, well, real.

Lucy is the main character, a 41-year-old divorced schoolteacher with two young sons. We meet her in 2016 standing in line at the butcher shop, reluctantly gossiping with a girlfriend. “What are you looking for? In a man?” asks her friend Emma. “Hygiene,” is Lucy’s sudden reply.

“I could eat him up,” Emma tells Lucy afterward.

“Lucy wasn’t sure this metaphor worked,” writes Hornby. “Knowing how you were going to be cooked hardly made the prospect of being devoured more enticing.”

And so it goes for pages and pages. Hornby’s knack for dialogue and the crackling wit he gives his characters makes the chapters fly.

It’s not giving much away to say Lucy and Joseph commence a relationship. A relationship that shouldn’t work, but somehow mostly does. He begins as her babysitter, and then he’s a babysitter with benefits, and then he’s just all benefits. It’s touching and lovely and all the things that honest relationships should be in this day and age.

It’s not all sunshine and rainbows, of course. Joseph is black and Lucy is white, and that creates a degree of racial tension. Lucy’s neighbor calls the police when he sees Joseph knocking on her door late one night and not getting an answer. After the confrontation, Hornby writes some revealing dialogue.

The novel is full of exchanges about race and Brexit, as these seemingly incompatible lovers figure out that maybe, just maybe, there’s a place for their relationship in this modern world.

Reads like a Coen brothers movie — but it’s true

This has got to become a Coen brothers movie.

That is the feeling you get when flipping through the pages of Vermont-based journalist Matthew Hongoltz-Hetling’s first book, “A Libertarian Walks Into a Bear: The Utopian Plot to Liberate an American Town (and Some Bears).” It’s the true story of a group of libertarians who decided to create the libertarian ideal — a town without government — in Grafton, N.H., a spread-out wilderness with one paved road, in 2004.

It was a grand social experiment. The town had a long tradition of being libertarian-friendly but nothing like this. Libertarians moved there from around the nation. Public funding for everything disappeared while a tent city sprang up in the woods. Tempers flared between true-believer no-government types and longtime residents — the sheriff, the librarian and even the fire chief, who happened to be a core member of the Free Town Project himself. Eventually, tragedies struck.

What appeared on online chat forums to be the founding of a libertarian utopia ended in a governmentless debacle that nearly destroyed the small town. Though it turns out in New Hampshire, where the government has a critical role in containing the bear population, bears adored the newfound freedoms libertarianism afforded them. The bear population blossomed and began to maraud the locals — at times with terrifying results.

Hongoltz-Hetling is a master of the turn of phrase. His voice is breezy and critical, with a finely tuned eye aimed at the absurdities as well as at the earnestness of the Free Town Project. He’s an accomplished reporter who was once a Pulitzer Prize finalist, and as he takes you on the journey, you can feel the threatening moments when the libertarians clearly would rather this reporter guy just went away.

The character portrayals are what make this book. Some characters are lovable, some are annoyingly pretentious about their political theories, some are pretty scary. None is someone I want living next door.

Needless to say, the experiment that was the Free Town Project did not work. But the only-in-America tale makes for a great read, and someday, hopefully, an even better Coen brothers film.

Book looks at what it means to be white in America

The African American man whose beating by Los Angeles police ignited civil upheaval in 1992 famously said later: “Can’t we all just get along?”

The answer to Rodney King’s question, which has taken on renewed importance these past months: Not yet.

And as readers learn in “Just Us: An American Conversation,” by Yale University professor Claudia Rankine — an unusual mix of essays, narratives, poems, pictures and musings — we have wide bridges of understanding to build.

Rankine has emerged as one of America’s foremost scholars on racial justice. (The book title, “Just Us” is meant to also invoke the word “justice.”) Among other places, Rankine is quoted in Layla Saad’s “me and white supremacy,” published earlier this year and now a New York Times bestseller.

How we will solve our national racial conundrum emerges in both books as more complicated than Rodney King envisioned. Saad presents a multiple-step plan for acknowledging and treating racism; Rankine offers compelling stories that illuminate, often through conversations with white people, how they have benefited from their skin tone since birth.

Some of these talks are emotionally painful. A seatmate on a long flight later wrote to Rankine that while he told her on the trip that he “didn’t notice much tension between the Black kids and the white kids in our town,” that it was “not that I didn’t notice it so much I wanted to forget it.”

Justice ignored, though, really is justice denied and never forgotten.

This much seems certain: We delay our day of racial reckoning at our national peril. Recently, the New York Times reported that President Trump canceled racial sensitivity training for the federal government, calling it “anti-American propaganda.”

Rankine sees it differently. “The more you know, the more possible it is for us to exist in the same reality,” she said.

It’s impossible to read Rankine and Saad’s books and not conclude that we must address, as Rankine writes, the elaborate “set of assumptions, privileges and benefits that accompany the status of being white.” For example, a white person typically doesn’t have to fear that being pulled over by a police officer could end up as a racial confrontation. A Black person does.