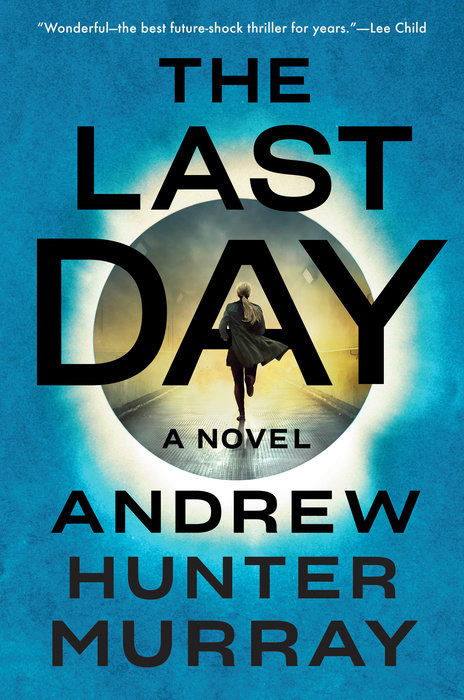 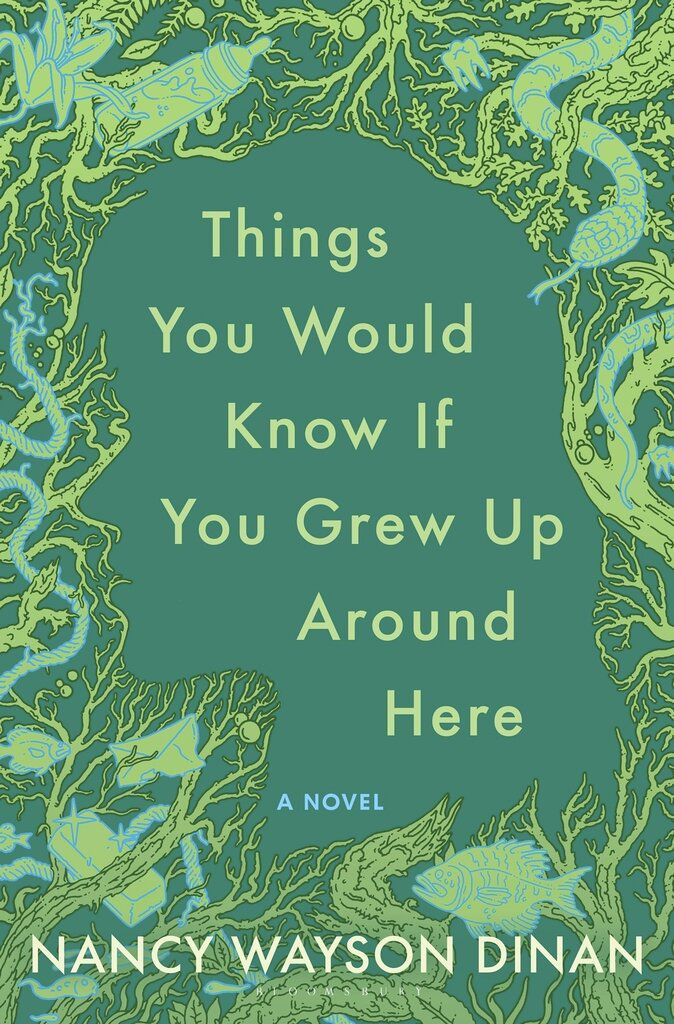 "Things You Would Know if You Grew Up Around Here," a novel by Nancy Wayson Dinan. 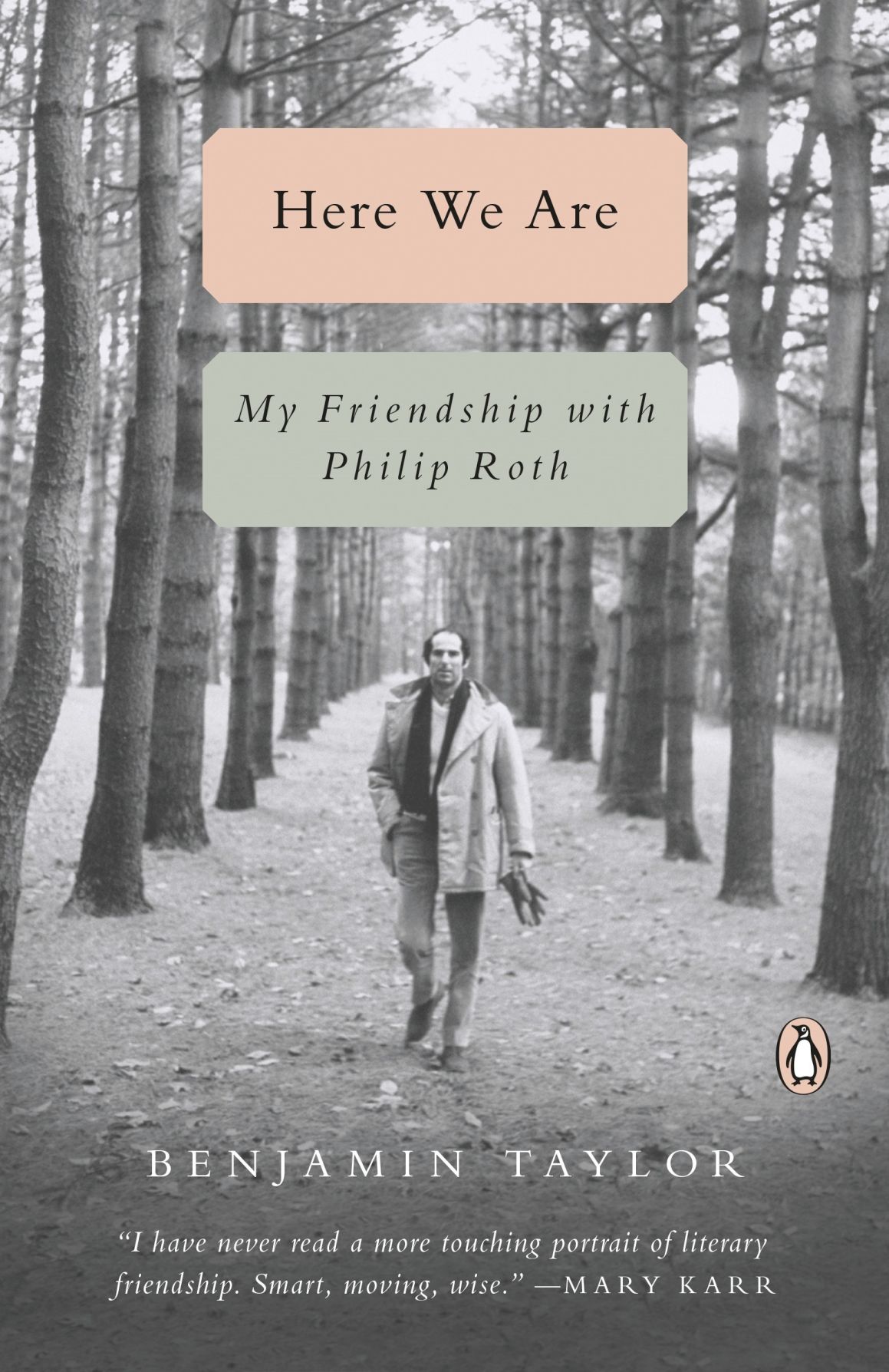 "Here We Are: My Friendship with Philip Roth" by Benjamin Taylor.

"Things You Would Know if You Grew Up Around Here," a novel by Nancy Wayson Dinan.

"Here We Are: My Friendship with Philip Roth" by Benjamin Taylor.

Writer reflects on his friendship with Philip Roth

For 20 years, Benjamin Taylor was a confidant of Philip Roth. During the course of their friendship they talked often and intensely — about books, sex, fathers, food, politics, baseball, Jewishness and more. Crucially, Taylor was at his bedside in 2018, when Roth died of congestive heart failure at age 85.

Now, the younger man, a noted author in his own right, has written a moving memoir of what it was like to be an intimate of one of the towering figures of 20th century American literature, the author of 31 books who won just about every major literary award except the Nobel Prize.

In eight lyrical chapters, Taylor moves back and forth in time, presenting a series of vignettes and remembered conversations that offer an unvarnished view of a brilliant, driven man who was controversial almost from the start of his career, largely for his portrayal of his fellow Jews and women.

Taylor, his best friend, was sympathetic but not blind. As a gay man some 20 years younger, he brought a bit of an outsider perspective to the friendship. And similar to Roth, he believed the nonfiction writer must strive for the truth — in his case, to capture “the fact of Philip as he was.” So, while he recognizes Roth’s flaws — chiefly, an unending sense of grievance and sometimes unseemly desire for revenge — he loves him anyway.

In the end, Roth emerges as a funny, philosophical, even tragic figure, raging toward the end against “the stupendous decimation that is death sweeping us all away” — a quote from “The Human Stain” that Taylor uses at the front of the book.

You will find “Things You Would Know if You Grew Up Around Here” in the fiction section, but this debut novel from a doctoral candidate in fiction writing at Texas Tech is something more than that. An imagined story, sure, but it all takes place during a real-world event — the Memorial Day floods of 2015 in west-central Texas. There’s more than a little of Salman Rushdie’s magical realism at play, as ghosts wander through the mist, scarecrows walk and vines reclaim the landscape.

The main character is an 18-year-old girl named Boyd Montgomery, who is described “like the forked stick of a dowser, positioned over dry earth, tuned not to water, but to pain.” Home-schooled since seventh grade, when her empathetic burden became too much to bear, Boyd is most at ease in nature. She isn’t planning to go to college or live anywhere less rural than the Texas hill country because “she needed that green as ballast, as a grounding.”

Boyd’s best friend is a teacher’s son named Isaac. They aren’t quite a couple, having slept together only once and reluctant to discuss a future together, but there is a palpable attraction. He’s the only person she’s never been able to “feel.” She’s at peace around him, not distracted by the emotions she senses around others. On the day the drought ends and the rivers explode from their beds, Isaac gets a call from his father, Ruben, a high school English teacher who always has been intrigued by tales of a buried treasure in San Saba County. He sets off to meet up with his dad, not knowing the roaring waters already are too high in places for a car to pass.

Dinan employs a device between chapters, short interstitials that share the title of the novel. By the end of the book, the first-person narrator of these interludes is made clear, but I thought of them at first as news breaks on NPR. Here are segments from one: “There are no natural lakes in Texas. None. … In Texas, lakes are dammed river valleys. … When dams were built by the Tennessee Valley Authority, the government moved cemeteries, but not here in Texas. … This ground is full of the people who came before.”

Forty years earlier, the planet’s rotation began to slow. The climate underwent catastrophic changes, polar ice caps melted and unleashed floods that tore away coastal cities, and as the decades passed and the Slowing came to Stop, whole pieces of the planet were plunged into days of endless sunlight or relentless darkness.

As 2059 dawns in “The Last Day,” the world has come to grips with Earth’s brutal game of musical chairs, one that left Great Britain bathed in sun and the last habitable region. Food sources are slowly re-established, democratic social order has given way to authoritarian rule. Britain’s borders are sealed, leaving the rest of the world’s inhabitants to die in brutal heat or bitter cold. Those few survivors who somehow make it into the country are shipped to the fields to farm the food for the more fortunate.

Not to be extinguished, America made a self-preserving geopolitical deal during the Slowing and crossed the great ocean, setting up colonies in the southern half of Great Britain, abandoning the New World to rot in its frozen solace. An uneasy truce exists between the Americans and its British landlords.

Ellen Hopper, a marine scientist stationed on a research rig in the frigid Atlantic, has been called back as her Oxford mentor lies on his deathbed. His last whispered words set her on a dangerous assignment in the Dystopian streets of London. What she learns is a shocking secret that could upend Britain’s iron grip on the world.

The author, Andrew Hunter Murray, is a British comedian who has taken a dark detour with his first novel. While it’s a scientific fact Earth’s rotation is indeed slowing (by milliseconds rather than minutes and hours), Murray has feasted on climatic hyperbole to produce a science-fiction thriller that is as provocative as it is troubling.