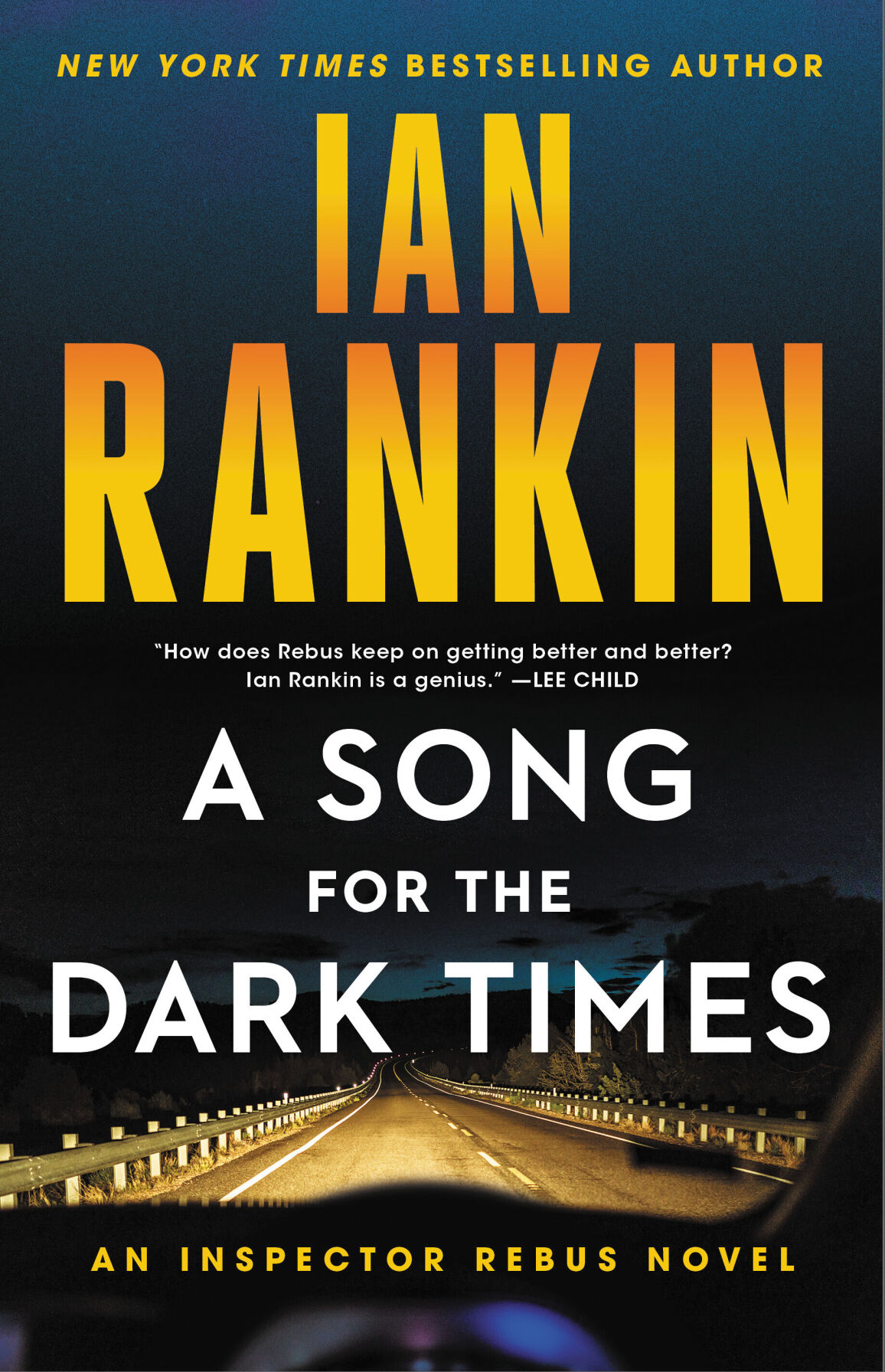 This cover image released by Little, Brown and Company shows "A Song for the Dark Times" by Ian Rankin. 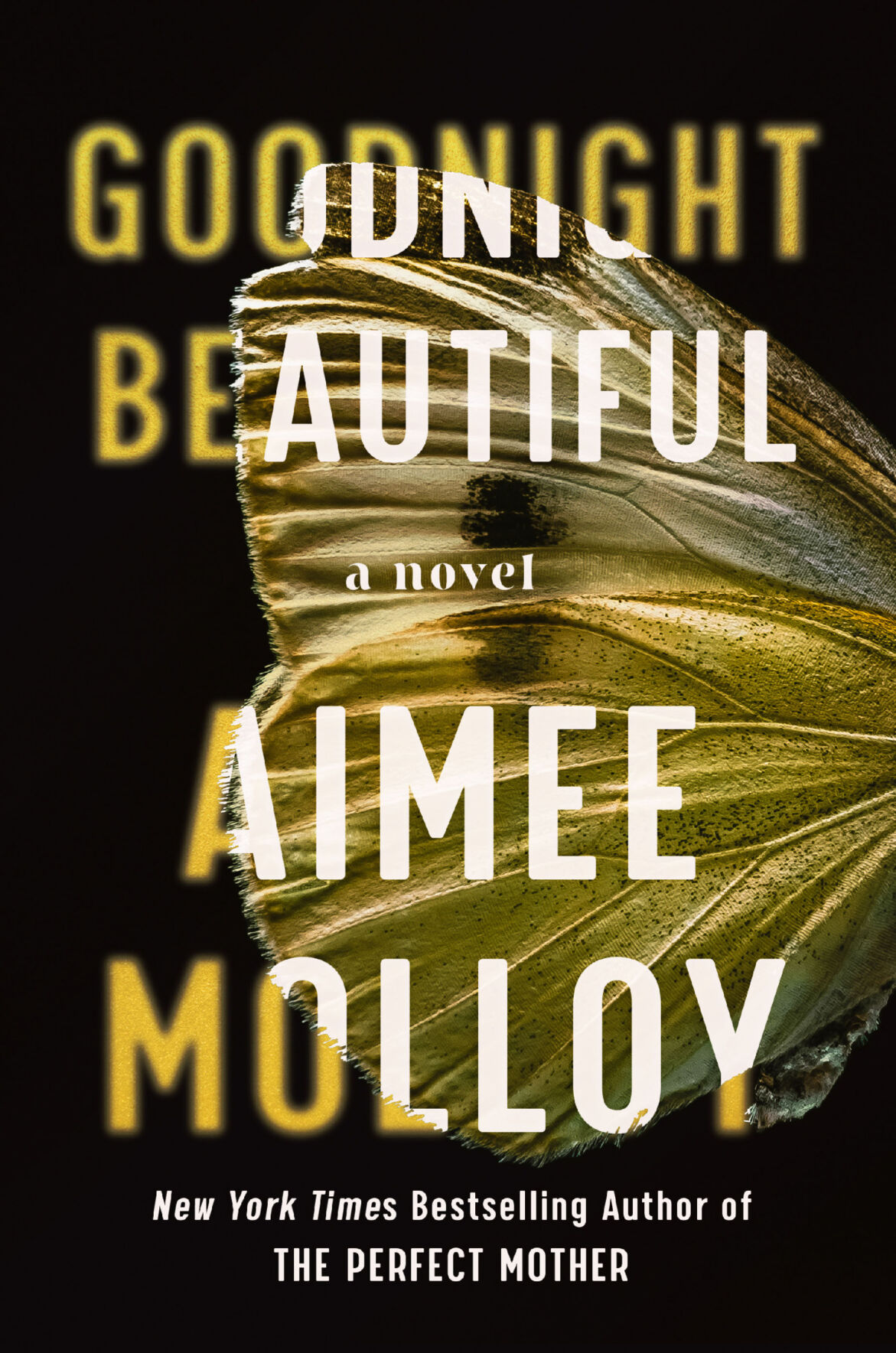 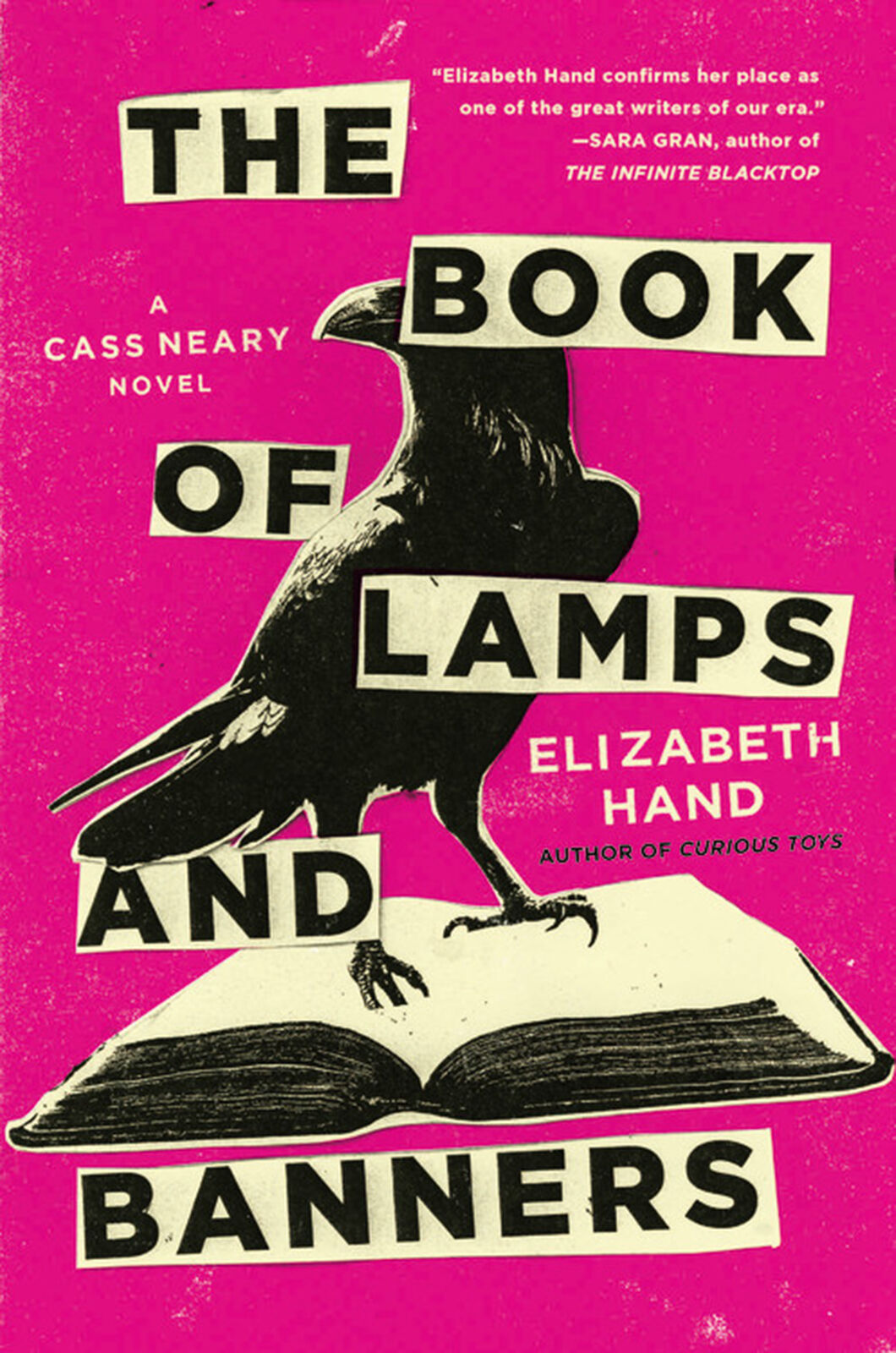 "The Book of Lamps and Banners," by Elizabeth Hand.

This cover image released by Little, Brown and Company shows "A Song for the Dark Times" by Ian Rankin.

"The Book of Lamps and Banners," by Elizabeth Hand.

‘Dark Times’ is 2 mysteries rolled into one great novel

Ian Rankin’s best-known character, John Rebus, typically resides in the dark world of the human soul, and things are no different in “A Song for the Dark Times,” Rankin’s newest Inspector Rebus novel.

However, Rebus is an inspector no more, and the well retired copper is moving apartments in the opening of the story to a ground floor flat because of ill health, assisted by trusted friend Detective Inspector Siobhan Clarke.

With a dog named Brillo to mind and boxes — including stacks of old case files — to unpack, the reader might be forgiven for thinking Rebus will be relegated to the sidelines. Not so. The murder of a wealthy Saudi student in Edinburgh, followed by a mysterious missing person case, one with a close family connection to Rebus, has the retiree heading to the Scotland Highlands to investigate.

Rankin’s plot whips between the two cases similar to a Scottish gale, with Clarke and team investigating the murder — the case touches on recent real-world events such as Brexit, anti-immigrant violence and the murder of Adnan Khashoggi. Rebus, meanwhile, attempts to mend fences with his partially estranged daughter, Samantha, as he searches for her missing partner and probes possible links to a local commune and an abandoned World War Two internment camp.

The Rebus of “A Song for the Dark Times” is a slightly diminished one — he is drinking less, nor do we find him sparring with local Edinburgh gangster Ger Cafferty, though he does play a role in the drama.

Rebus is still the dogged investigator, able to make intuitive leaps about the dark places that inhabit the human soul and lead some to commit murder, whether in the distant past or in more recent times. Rankin will in time, likely retire Rebus for good, so we should appreciate him while we still have him.

Early on in the deliciously twisty “Goodnight Beautiful,” one of the main characters, a charismatic guy who we’re getting the sense is being stalked by a fan, is reading Stephen King’s “Misery.”

His wife, meanwhile, is reading “that thriller everyone’s talking about” with an unreliable female narrator. (Think “Gone Girl” or “The Girl on the Train.”)

So, we have some idea where this might be headed.

But that doesn’t mean we can anticipate the surprises Aimee Molloy has in store or guess whodunit.

This is Molloy’s second novel, after her suspenseful debut, “The Perfect Mother,” which was about a missing child in Brooklyn. That book reportedly is being made into a movie starring Kerry Washington.

The couple at the center of “Goodnight Beautiful,” Sam Statler and Annie Potter, are newlyweds who have moved from the city to Sam’s small hometown in upstate New York. He’s a psychologist who sets up a swank practice in an isolated old mansion. She’s a gender-studies professor teaching a class called “It’s All in Her Head: Women and Madness in Literature.”

Their adjustment to small-town life is complicated by financial worries; concerns about Sam’s mother, who has dementia; and Sam’s old reputation as a high-school heartbreaker whose dad ran off with a model.

On page one, we learn Sam has gone missing. Annie starts to uncover his secrets.

Molloy keeps the dialogue sexy and the action brisk, switching back and forth between one character’s first-person account and a third-person narrator describing everything else. The author has fun toying with the conventions of gender in pop culture and the assumptions we make.

It adds up to a book you’ll read late into the night, trying to figure out where the next twist will take you.

Twists and turns in hunt for priceless ancient book

Unconventional characters often appear in the mystery genre with self-destructive photographer Cassandra “Cass” Neary among the most unusual. Cass’ default is being “an aging punk jonesing for a drink and a handful of black beauties.” She is not an appealing character, but Elizabeth Hand never makes her character boring.

Many times, readers might wish they could shake Cass, demanding she stop the drinking and pills and quit living on the fringes of society. Cass doesn’t need enemies or criminals targeting her — she is quite capable of sabotaging herself. But Cass’ intelligence, her vulnerability and her empathy for others make readers want to revisit her.

“The Book of Lamps and Banners” finds Cass hiding out in low-rent hotels in London, desperate to raise enough money so she and her longtime boyfriend, Quinn, can leave the country. That is, if Quinn even is alive and if she can find him.

From an old acquaintance, Cass learns about “The Book of Lamps and Banners,” an ancient book supposedly written by Aristotle and rescued from the Library of Alexandria. The priceless book isn’t supposed to exist, but if it does, it might contain esoteric knowledge, even supernatural power. As Cass quips, “sounds like Dan Brown on really good acid.” Cass plans to cash in on the plan to sell the book to a reclusive video game developer. When the book and the would-be buyer disappear, Cass follows a trail of odd clues across London, ending up on a remote island off the Swedish coast.

Hand fills her fourth novel in this series with many heartfelt scenes that speak to Cass’ character. A stroll down a London alley filled with independent bookstores is tailor-made for bibliophiles.

Hand’s affinity for brisk plotting keeps “The Book of Lamps and Banners” churning with twists and surprises leading to a finale that gives hope to Cass’ future.